Island of Vis: an abandoned secret submarine base and battery in the Adriatic Sea

Many people associate the Adriatic Sea with beautiful coastlines and vacation destinations, but its waters wash over an island that served as a powerful military base.

Located 44 kilometers from the continental coasts of present-day Croatia, the Island of Vis, also known as the Island of Lissa, has had a very varied history. Inhabited since prehistoric times, it was a Greek colony and later belonged to ancient Rome. It was later populated by Croats and came under the rule of the Republic of Venice. Its strategic position on the Adriatic Sea made it a magnet for invaders. It was attacked by the Aragonese in the fifteenth century. Centuries later it was also attacked by the French and English, until it ended up being a domain of the Austrian Empire, which faced the Italians on this island in the so-called Naval Battle of Lissa in 1866, in which the Austrians won. 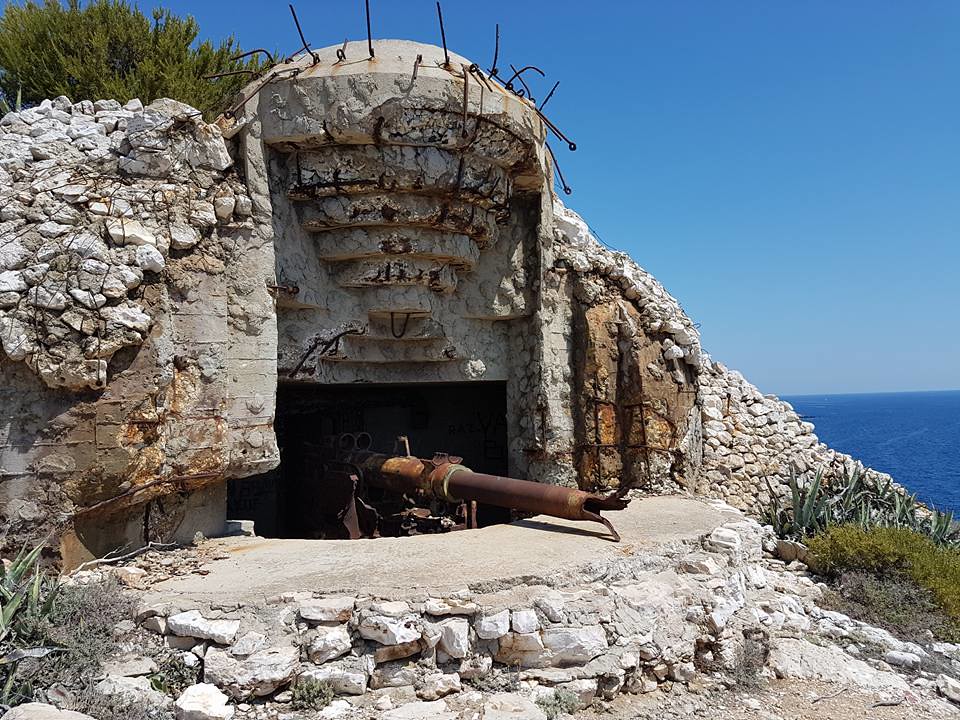 At the end of the First World War, the island remained in the hands of Italy until 1921, after which it remained in the hands of the Kingdom of Serbs, Croats and Slovenes, renamed the Kingdom of Yugoslavia in 1929. In the interwar period, the island was marked by conflicts between Croatian Catholics and Serbian Orthodox. In 1941 Italy took over the island again, which curiously was the only territory of the Kingdom of Yugoslavia that was not occupied by the Germans. Tito's communist partisans seized the island in 1943, using it as a refuge for Tito himself. After the war, the island came under the rule of the communist dictatorship of Yugoslavia, which turned it into a huge military base. All foreigners were prohibited from visiting the island. 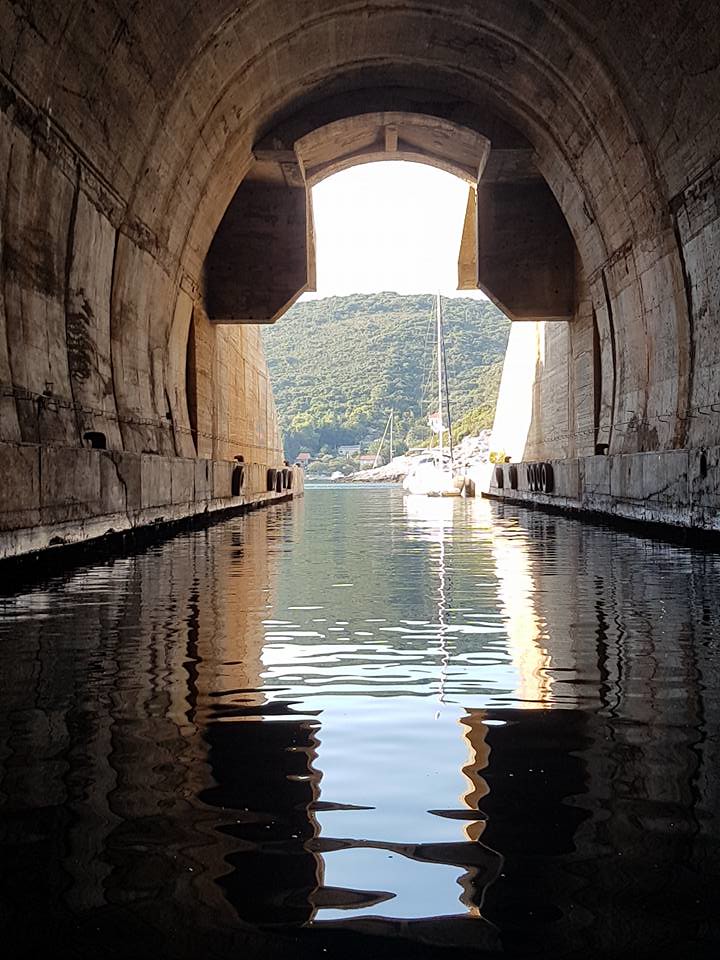 The secret submarine base built by the Tito dictatorship on the island of Vis (Photo: Total Croatia News).

Knowing the strategic value of the island, during the Cold War the Tito dictatorship built 30 military facilities on Vis, including a secret submarine base, an artillery battery and an underground hospital. Being an island with an area of 90 square kilometers, its military installations ended up suffocating the population economically, as tourists were banned. After the independence of Croatia, the Yugoslav Army left the island on May 30, 1992, and the Croatian Army did not show the slightest interest in those military installations, leaving them abandoned, so that they became, paradoxically, a tourist attraction.

A year ago, the Croatian youtuber Hypercubehr published an interesting video that covers this island:

The video shows, from a drone view, the interior of the old submarine base. 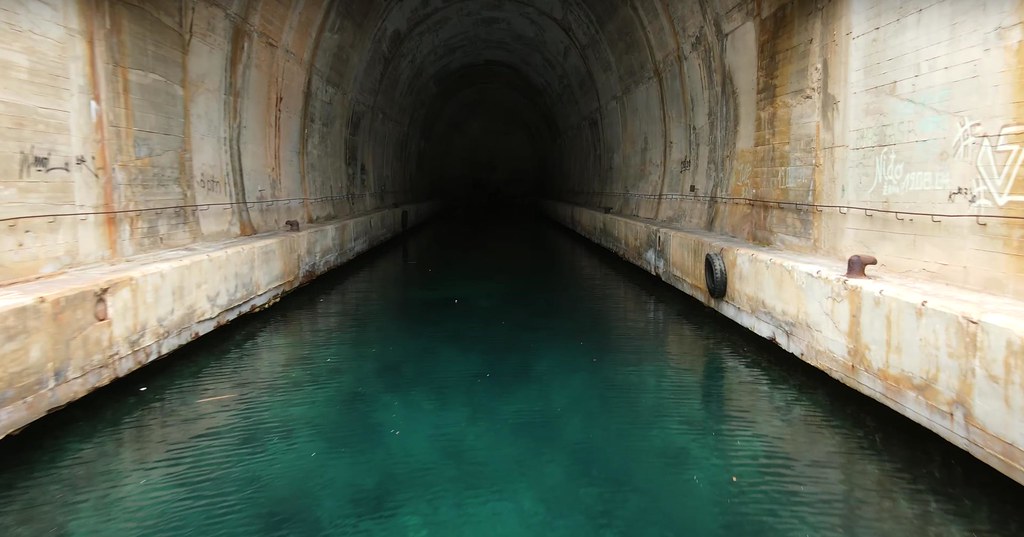 It also visits the artillery battery, showing its facilities from the ground and also from a drone view.

In addition, the video walks through the tunnels of this old battery: 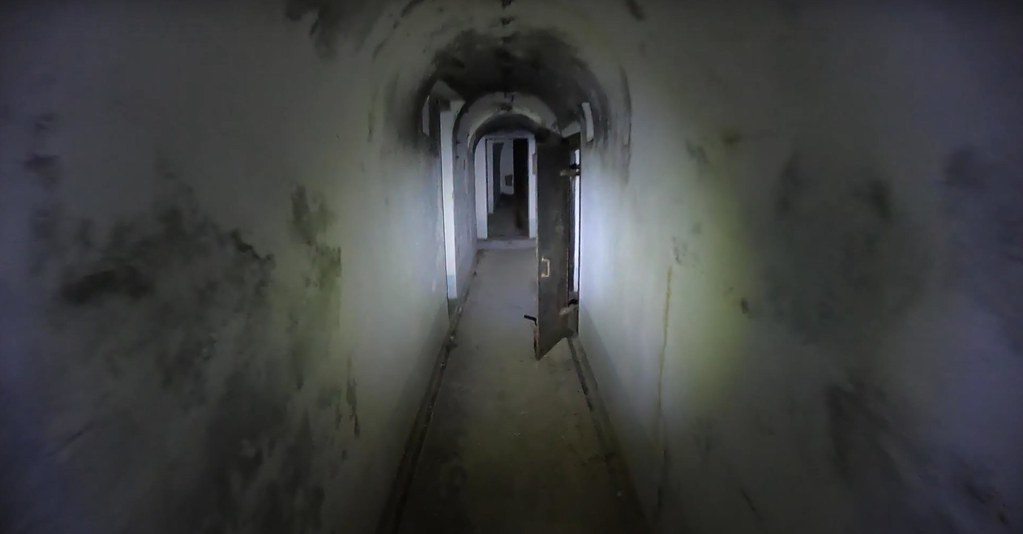