The ship was transporting personnel, weapons and ammunition to Snake Island

This morning, images of a new Ukrainian attack against a Russian ship in the Black Sea, in this case the multipurpose ship “Vasily Bekh”, have been released.

In a message posted on its Twitter account this morning at 9:06 CET, the Ukrainian Navy has indicated that the ship was operating as “a tug of the russian black sea fleet” and that it “was transporting personnel, weapons and ammunition” to Snake Island, occupied by the Russians since the beginning of the Russian invasion of Ukraine. The attack would have been made with two Harpoon anti-ship missiles. In the following video, published in the Ukraina Reddit group, we can see the footage that would have been recorded from a Ukrainian Bayraktar TB2 drone, and in which the impact of the two missiles can be seen:

The attacked ship, originally named “Spasatel Vasily Bekh” (SB-739), is a Project 22870-class ship that is operated by the Russians primarily for rescue duties, including towing damaged vessels. She was launched on August 2, 2016 and put into service on January 16, 2017, according to the website kchf.ru. She has a displacement of 1,200 tons, a length of 57 meters, a beam of 14 meters and a draft of 3.2 meters. 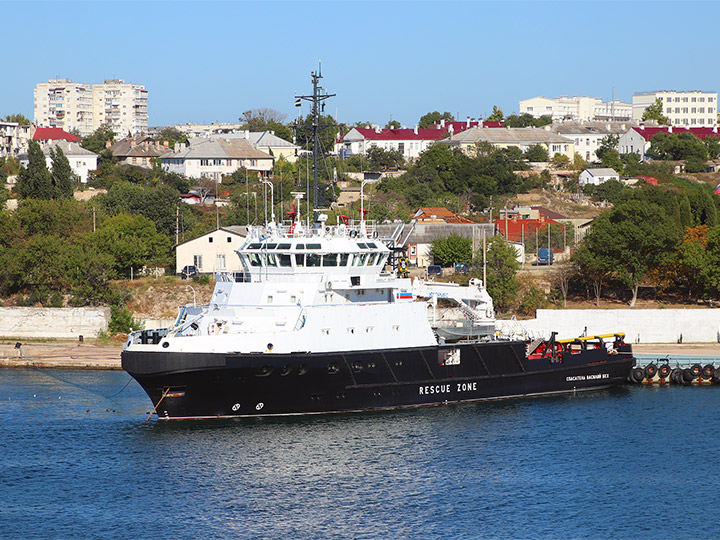 The Harpoon missile used in this attack is an antique weapon developed in the 1970s. It can be launched from ground positions, ships, and aircraft. The surface-to-surface versions have a maximum range of 139 kilometers, while the air-to-surface version can hit targets at 220 kilometers. 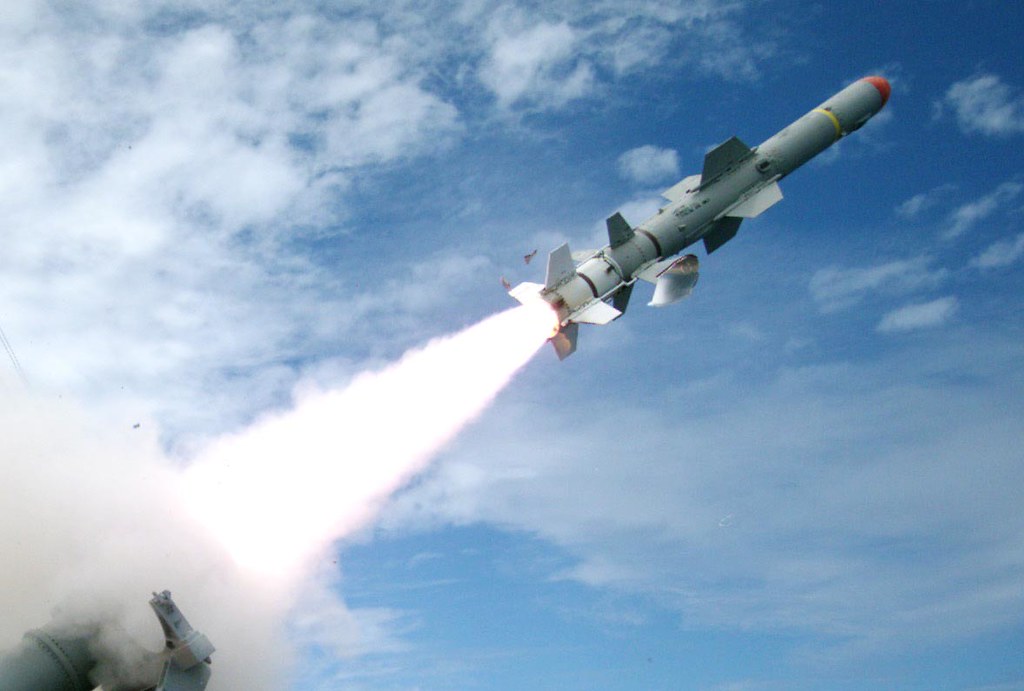 Denmark has supplied Harpoon launchers and missiles to Ukraine. The United States, the Netherlands and the United Kingdom have also announced the shipment of missiles of this type to Ukraine. It seems that they are already in the zone of operations. The use of these weapons can seriously limit the operability of the Russian Navy in the immediate vicinity of the Ukrainian coast, due to the great range of the Harpoon. Furthermore, it is a missile that is difficult for attacked ships to detect, since it flies at a very low altitude, almost at the level of the waves, in order to avoid enemy radars.

With the “Vasily Bekh” there are already ten ships lost by the Russian Black Sea fleet since the beginning of this invasion on February 24, according to the website Oryxspioenkop.com. The largest of them was the cruiser “Moskva”, attacked on April 14, in this case in an attack with two Ukrainian R-360 Neptun missiles, and which sank shortly after in the Black Sea.