The artillery is playing a very prominent role in the Russian invasion of the Ukraine. So far, Russia has had the upper hand in this area, at least quantitatively.

However, deliveries of M-777 towed howitzers and M-142 HIMARS rocket launchers and M-270 MLRS to Ukraine, from the United States and the United Kingdom may start to change things by providing greater accuracy and more reach to the Ukrainian forces.

Proof of this is a video released this afternoon by the Ukrainian Special Forces, showing an attack in which its operators guided artillery fire against a large Russian position in Donetsk Oblast, which included trucks, tankers, armored personnel carrier, infantry fighting vehicles and six BM-27 Uragan rocket launchers. The description of the video states that the Ukrainian Special Forces “adjusted the fire of the Ukrainian cannons while disarming the enemy team”, so it was possibly an attack with M-777 howitzers:

I had never seen images of an artillery attack causing such a mess. The video has very striking details, like the ones you can see below. 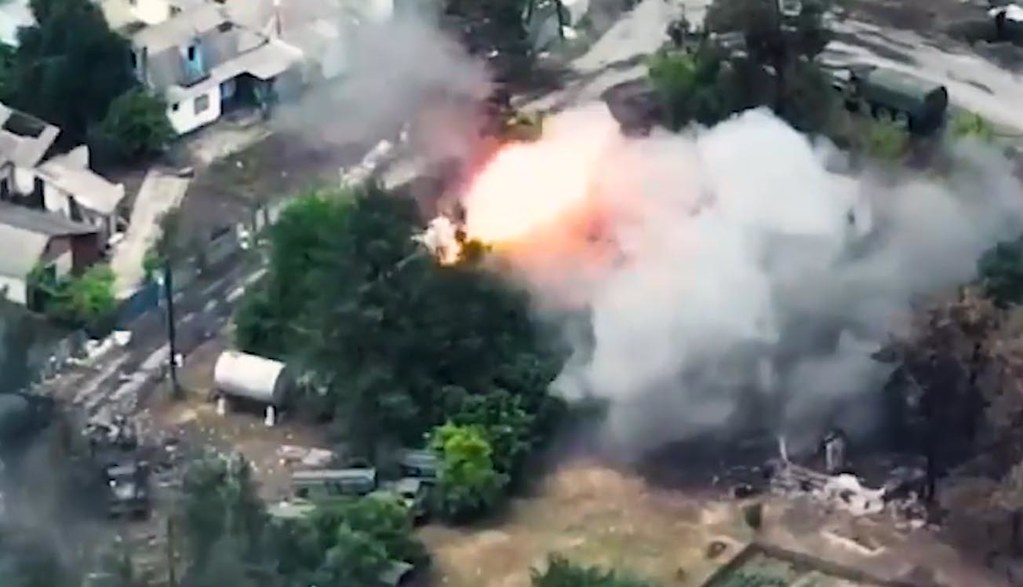 In this snapshot we see one of the BM-27 Uragans attacked, one of its rockets being fired as a result of the attack. 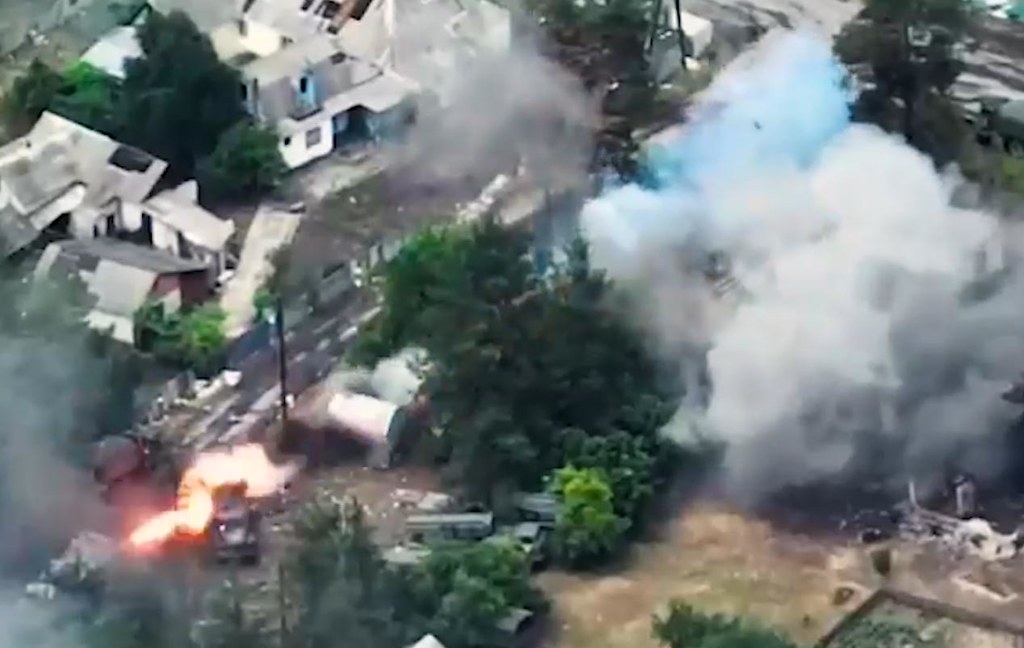 That rocket ended up hitting other Russian trucks, amplifying the effects of the damage caused by the Ukrainian artillery. This is what in billiards is called a carom. And it wasn’t the only one. 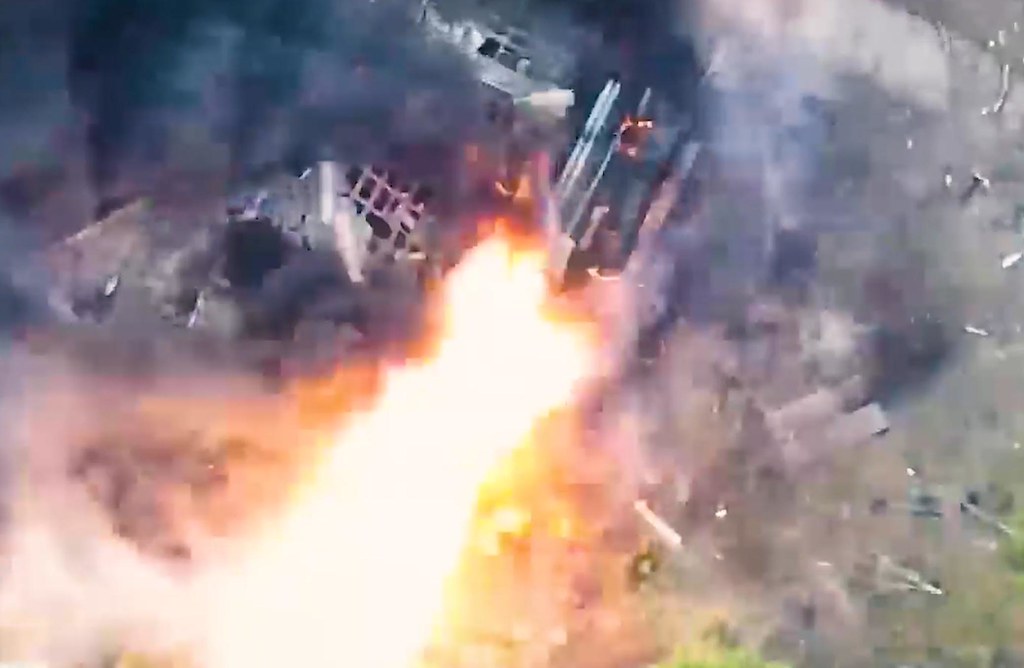 Here we see another of the Russian BM-27 Uragans that had one of its rockets fired by the Ukrainian artillery attack. The flash we see is the ignition of the rocket motor as it fires. 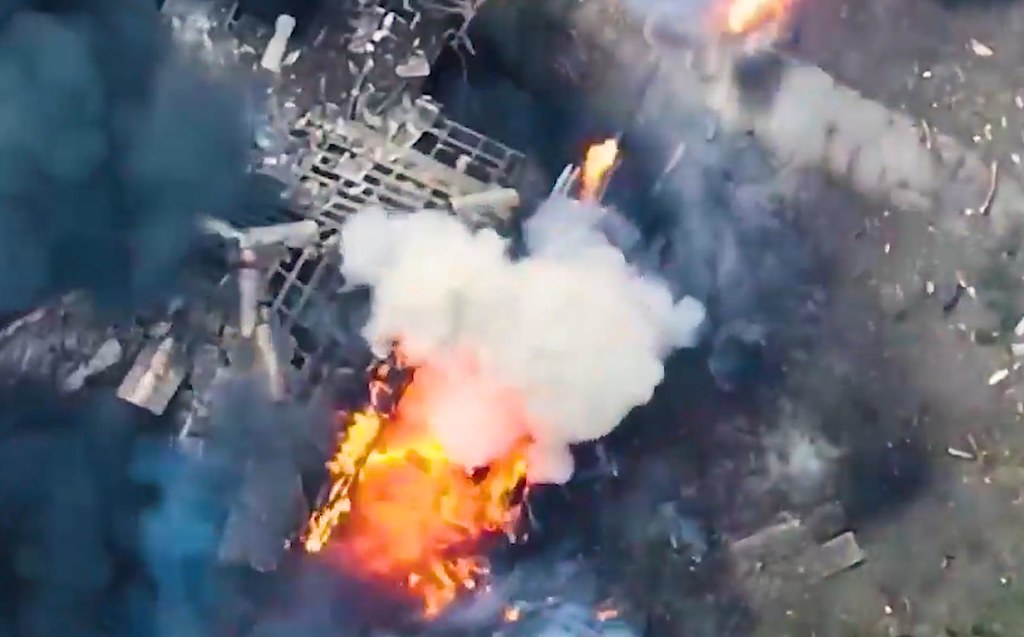 In this other image we see the rocket going off, leaving behind a gray cloud. 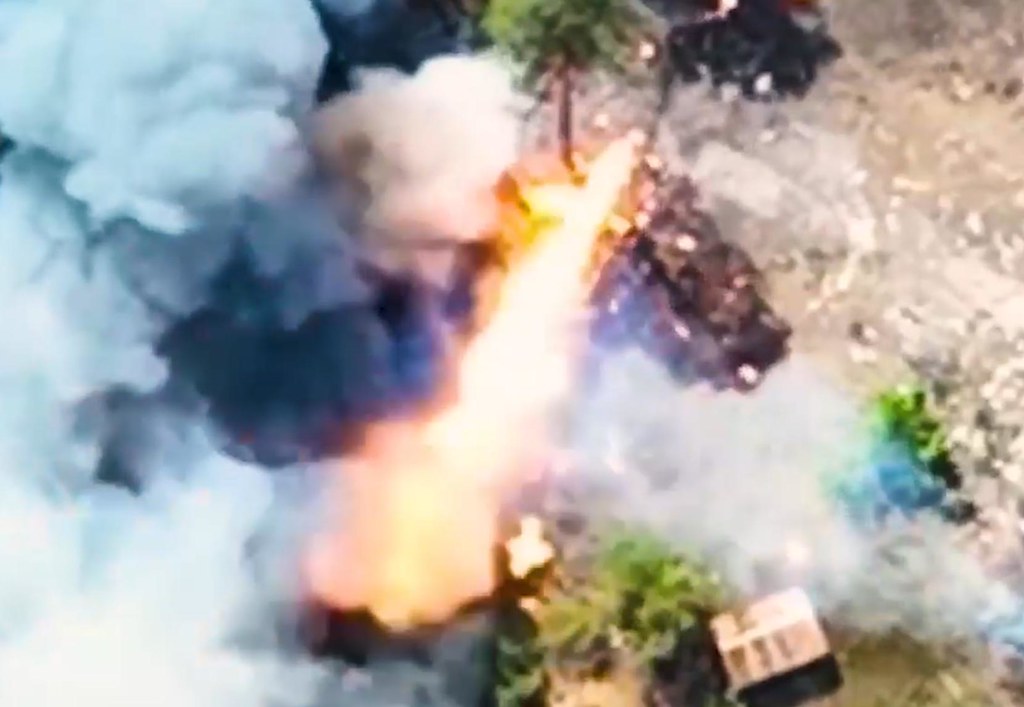 And here’s yet another rocket firing from a Russian BM-27 Uragan. In the Ukrainian Special Forces they must not believe it given the success they have had with this attack and seeing the chaos they have sown in the Russian ranks.