In the last 15 years this website has registered 65.6 million page views

Counting Stars celebrates 18 years with more than 17,500 posts and not a euro in subsidies

Counting Stars has gone further than I ever imagined it could go, despite being written and managed by one person. In total, more than 17,500 entries have been published in Spanish, Galician, English, Polish, Portuguese, French, Italian and German, and more than 100,000 comments from readers in various languages.

In the first years of the blog I did not have access to statistics. Since September 19, 2007, when I activated your Google Analytics account, Counting Stars has received 49.8 million visits, 65.6 million page views and 33 million unique users in almost 15 years. 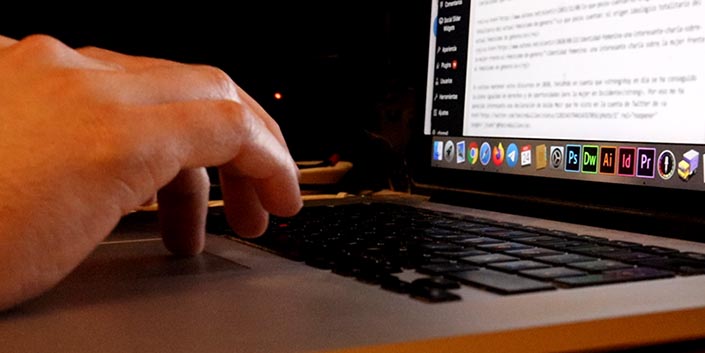 And how is this financed? Well, with my money, with the fruit of my work. It is an expensive hobby, but I take it as my particular contribution to the ideas that I defend. It is not even a business, since as you can see, there is no advertising. I write because I like it and, what is better, I write with total freedom, without bosses or anyone dictating what I have to say. What satisfies me most is that this website has not received a single euro in subsidies or public aid of any kind (not even through institutional advertising) in these 18 years of existence. I do not receive these aids and I do not ask for them either. It is the best guarantee of not owing any type of favor to those who grant them and being able to speak freely about all of them, regardless of the party they belong to.

Of course, this website is not possible only thanks to me. If so, it would not have lasted even a year. If it exists, it is, above all, for the constant support of my family, for the excellent technical assistance of Isaac, and also for the support and attention of the people who read this blog, who are subscribed to it and who follow it for the different social networks. And above all, for the help of God and the intercession of Saint John Paul II, who so often put a bit of good sende in me (without them this would be a disaster). I hope and wish that we continue reading each other (and counting stars together) for many more years.

The Road goes ever on and on
Down from the door where it began.
Now far ahead the Road has gone,
And I must follow, if I can,
Pursuing it with eager feet,
Until it joins some larger way
Where many paths and errands meet.
And whither then? I cannot say.