For 71 years, the US Army tank crews were trained at this military base

Fort Knox: a tank graveyard next to the site that guards the United States gold reserve

The massive Fort Knox military base is known around the world for being the site of the majority of the United States' gold reserves.

However, the 44,000 hectares that the base occupies give much more. For 71 years, from 1940 until 2011, when it was moved to Fort Benning, Fort Knox was home to the US Army Armor School and the US Army Armor Center. The crews of the M-1 Abrams battle tanks were trained there. An area of the huge base was used as a firing range, using old tanks as targets. After the transfer of those armored units, that shooting range fell into disuse. Abandoned tanks of various types can be found in it today.

Recently, a group of explorers obtained permission to access that tank graveyard. They published the result of their visit in an interesting video on the Ruin Road YouTube channel:

You can see below some screenshots of this video that I found very interesting. We started with this M-60A2 Starship, which had a 152mm gun capable of firing MGM-51 Shillelagh anti-tank missiles, in addition to conventional ammunition. This tank is a rarity, as the Starship was considered a failure and most tanks of this type were converted to M-60A3s with turret replacement. 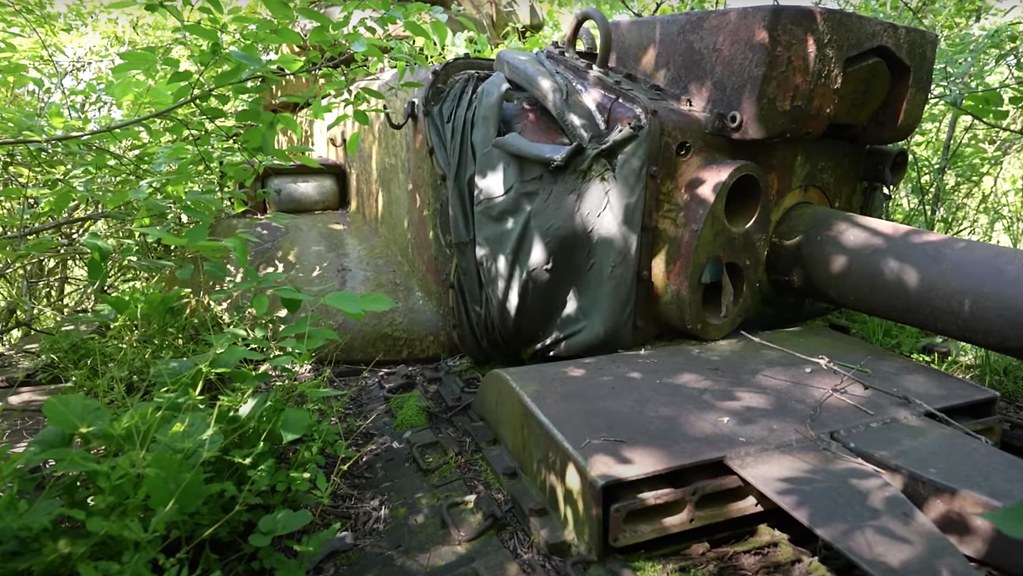 Another rarity in this graveyard: an M-103 heavy tank. Introduced in 1957, it was the first US tank to use a 120mm gun, long before the M-1A1 Abrams had a gun of that caliber. Only 300 units were built (a small number for the USA), being withdrawn in 1974. Sadly, the unit in the picture has the barrel cut. 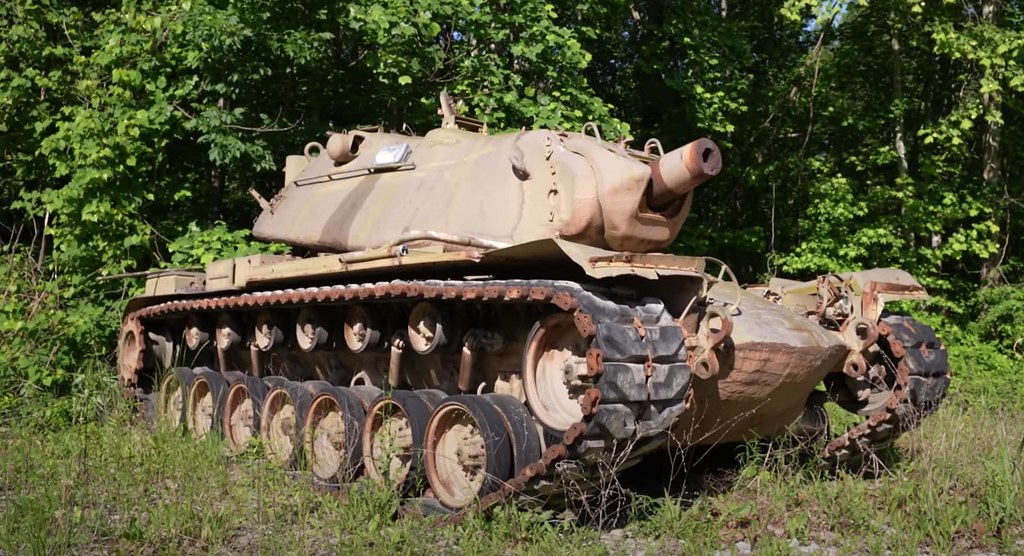 The interior of the M-103's turret. It was pretty clean, compared to other tanks seen in the video. Of course, when entering the turrets, the explorers ignored the warnings of the sentinels of Fort Knox to stay away from the tanks, since being cold inside, the snakes use them as a refuge. 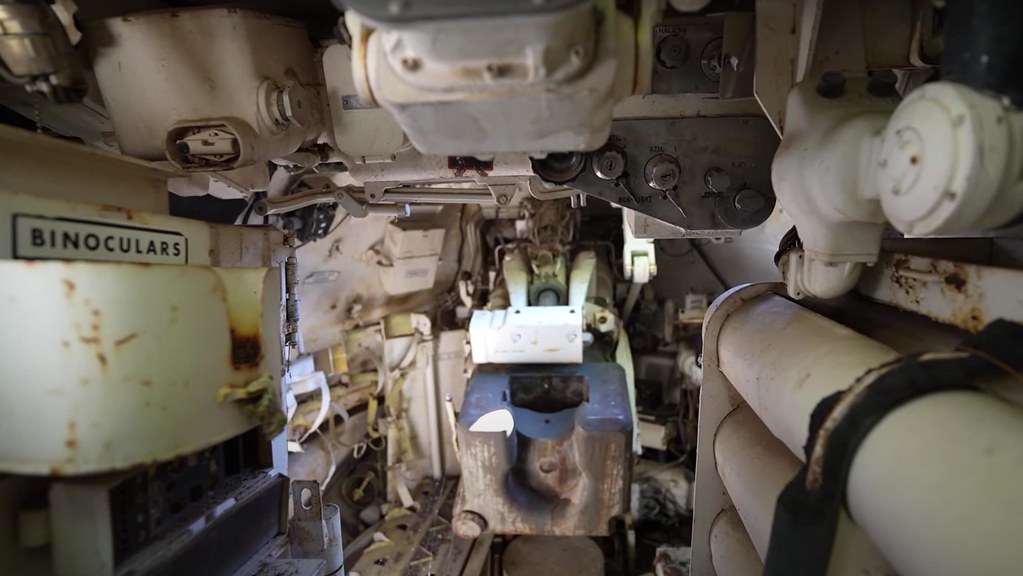 Below these lines we see an M-60A3, completely surrounded by vegetation. This variant of the M-60 was introduced in 1976 and was active in the US Army until 1991, later moving to the National Guard until 1997. Its replacement was the M-1 Abrams. 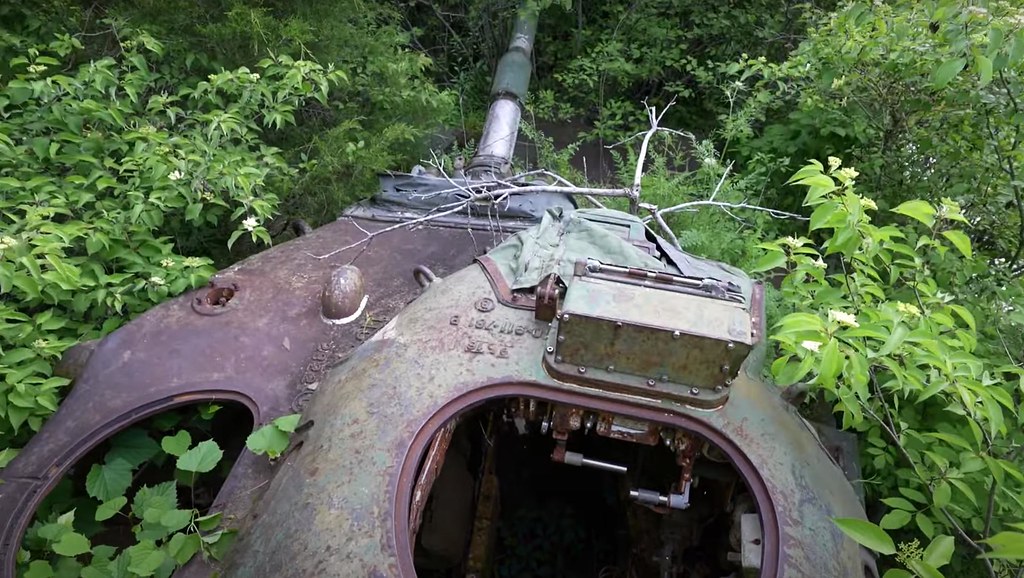 The front of the turret of the M-60A3. Unlike tanks of this type abandoned in other places, the luxuriance of the vegetation that surrounds these vehicles is due to the fact that Fort Knox is located in an area swampy 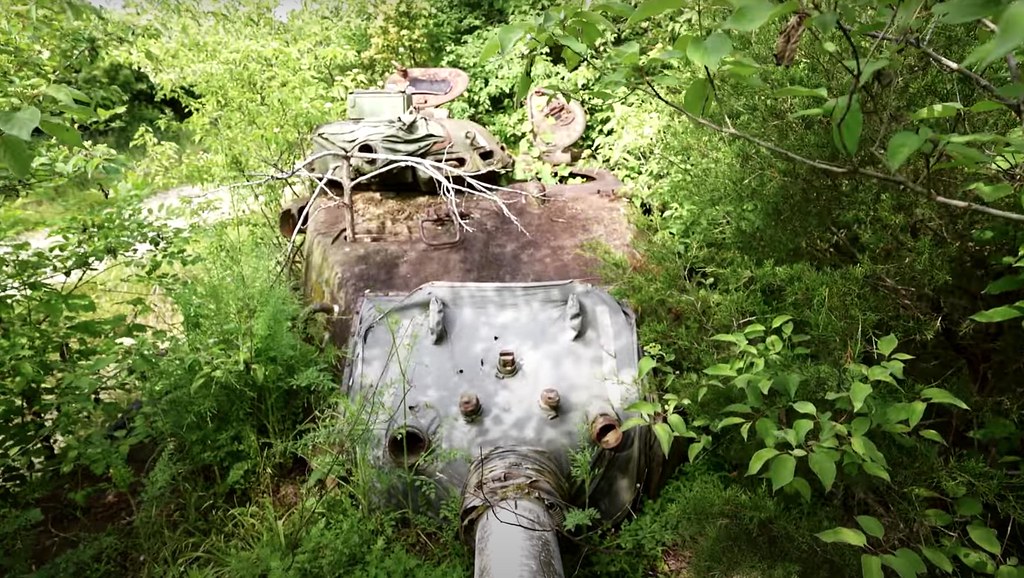 The interior of the M-60A3, in a sadly deplorable state. The tank has clear signs of having suffered a flood. 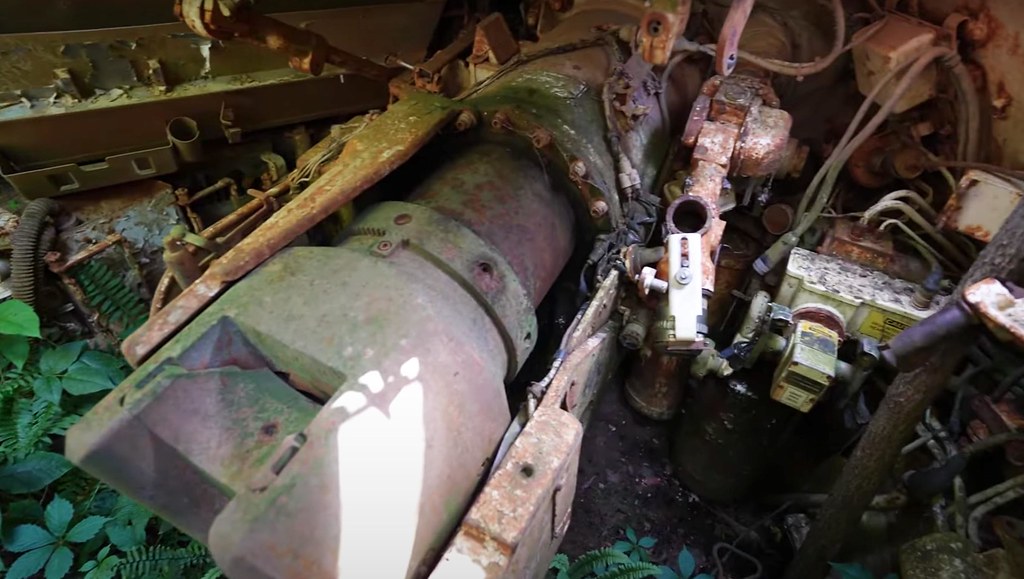 An M-60 hidden in the vegetation. It is an old example: it still bears the white star on an olive green background that was characteristic of US Army vehicles until the 1970s. 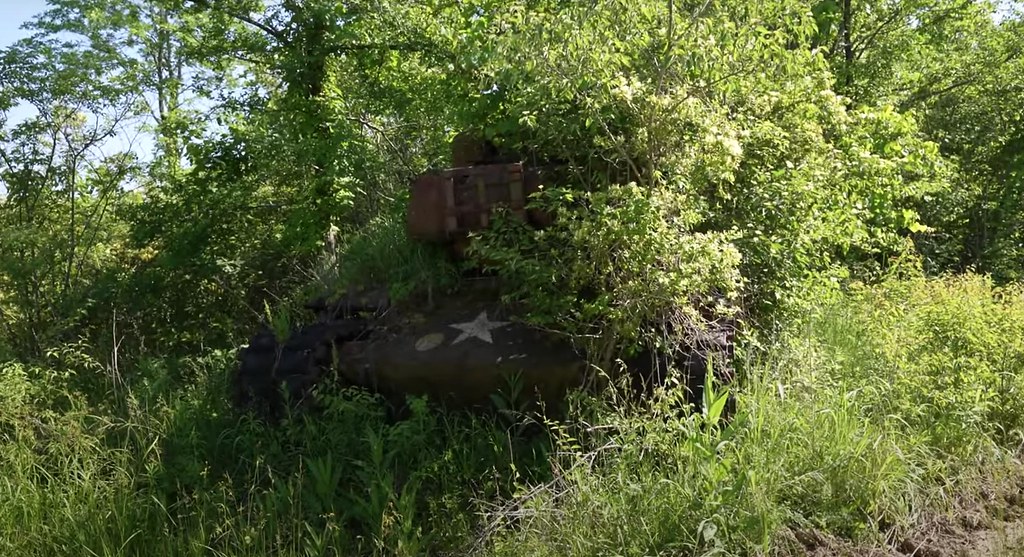 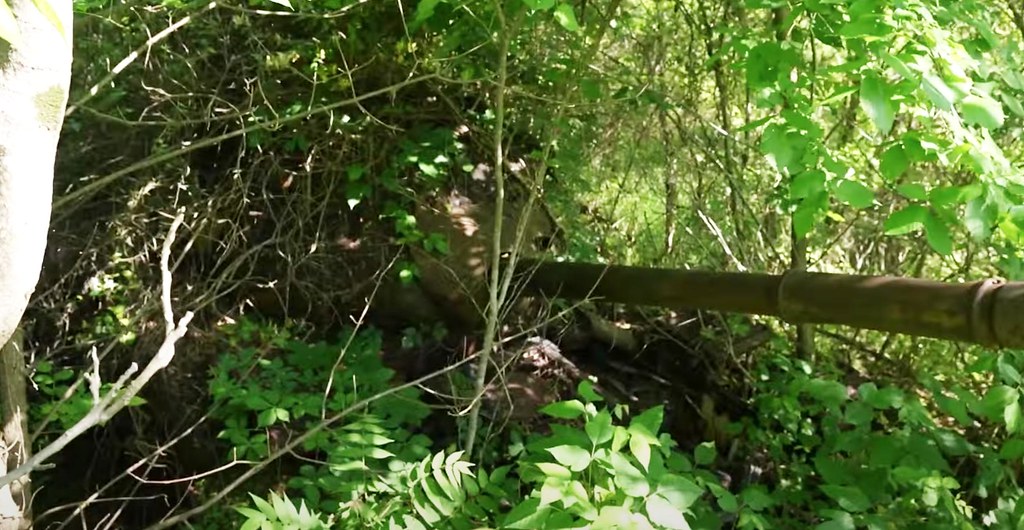 Another M-60 totally "camouflaged" by nature itself. Surely it is an M-60A3. 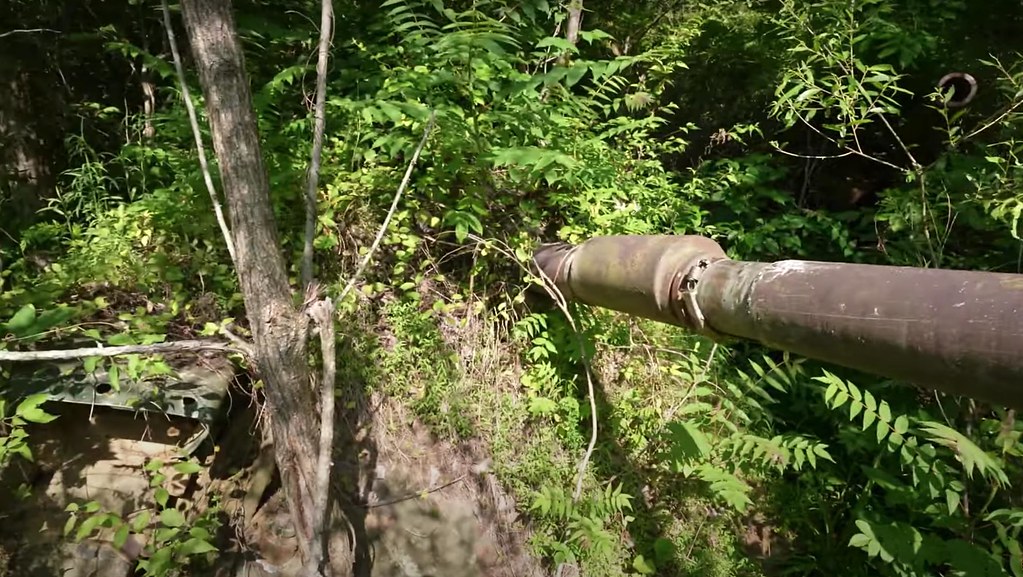