Shumshu: the remains of old Japanese tanks from WWII on a Russian island

One of the most unknown fronts of World War II took place in the Kuril Islands, a Japanese archipelago in the North Pacific.

On August 18, days after the dropping of the atomic bombs on Hiroshima and Nagasaki and when the Japanese Empire was already in the process of surrendering, the Soviets began their offensive in the Kuril Islands, using some 15,000 soldiers to take an archipelago whose garrison consisted of 80,000 Japanese soldiers. After a few hundred deaths on both sides, Japanese forces on the islands were ordered to surrender on August 23, an order some of them disobeyed, so fighting continued in some places until on September 1, so some of the last fighting of that war took place there.

Shumshu is the second northernmost island of the Kuriles. Covering an area of ​​388 square kilometers, it is located near the Kamchatka Peninsula. The fighting there began on August 18, 1945 and ended on the 23rd. The Japanese garrison on this island consisted of more than 8,000 soldiers and 77 tanks, which caused considerable casualties to the Soviet forces. If it weren't for the surrender order, the Japanese forces would have put the Soviets in serious trouble, as they caused more casualties than those suffered by the Japanese defenders. After the war, the USSR annexed Shumshu and the rest of the Kuril Islands. After the dissolution of the USSR in 1991, Russia retained those islands under its power. Old Japanese tanks used in the Battle of Shumshu can still be seen there today. History in Color posted an interesting video a few days ago showing those tanks:

You can see some screenshots of the video below. Here we can seea Japanese Type 97 Shinhoto Chi-Ha medium tank, a 1936 model equipped with a 57mm cannon. 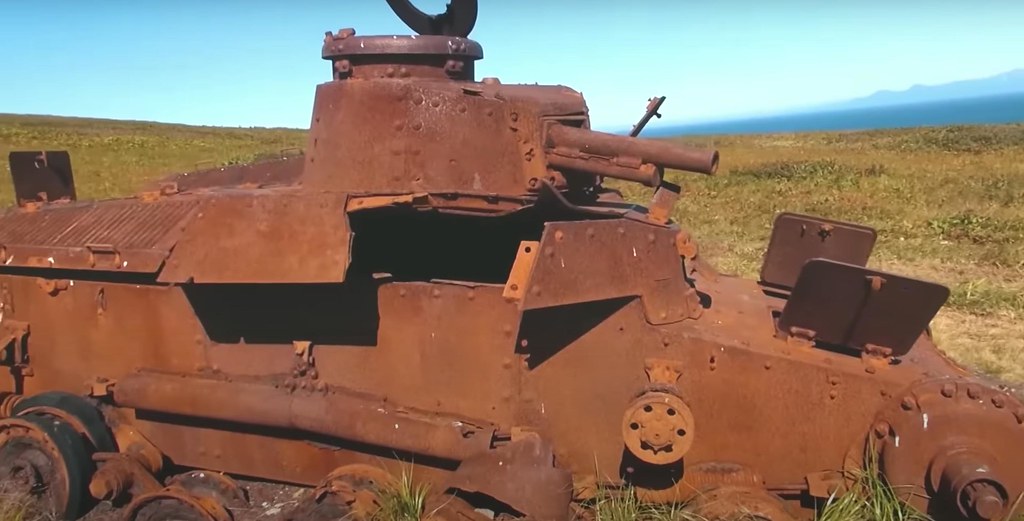 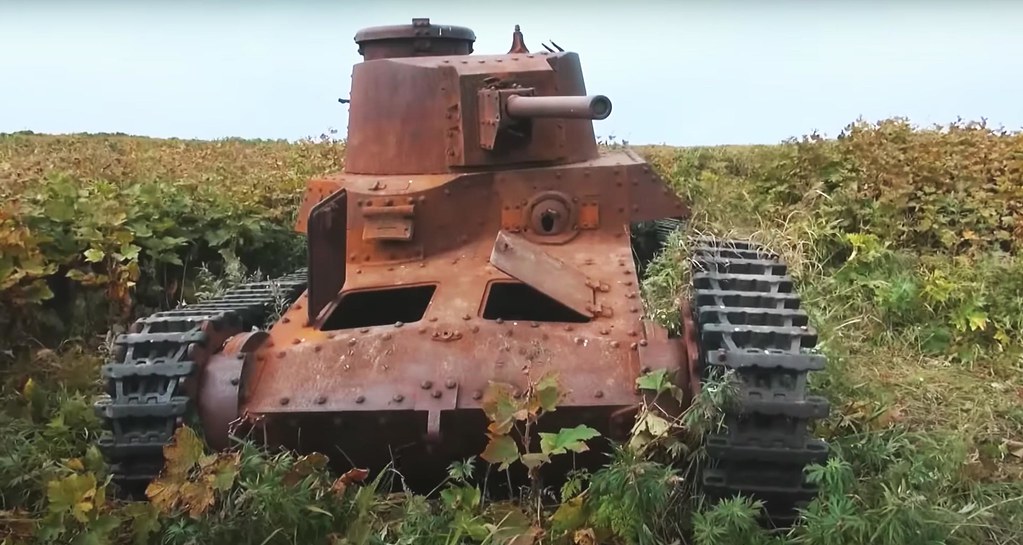 A Type 1 Chi-He tank with its turret ripped off. As you can see, the vehicles are completely rusted. 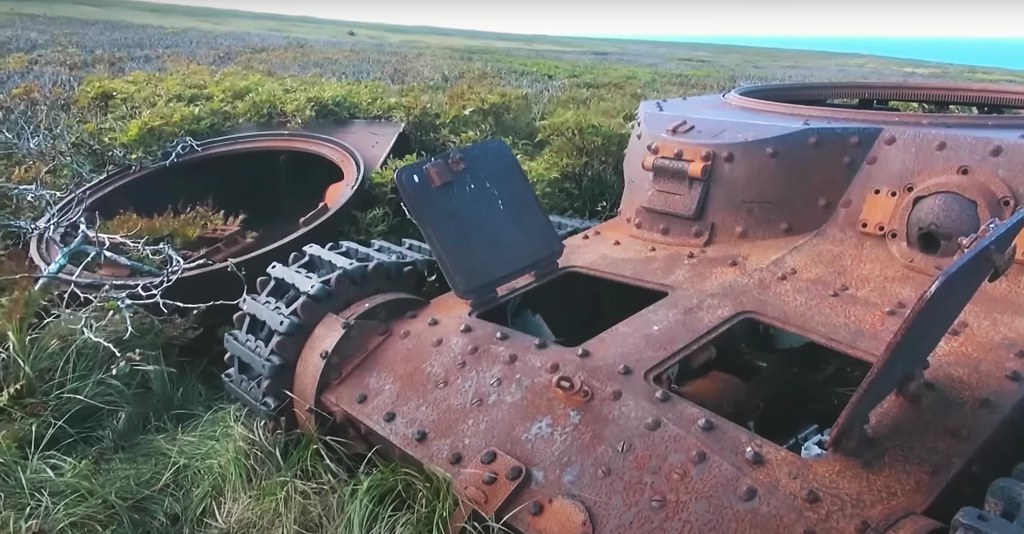 Another Type 1 Chi-He, with the chassis turned into a small pool of water. 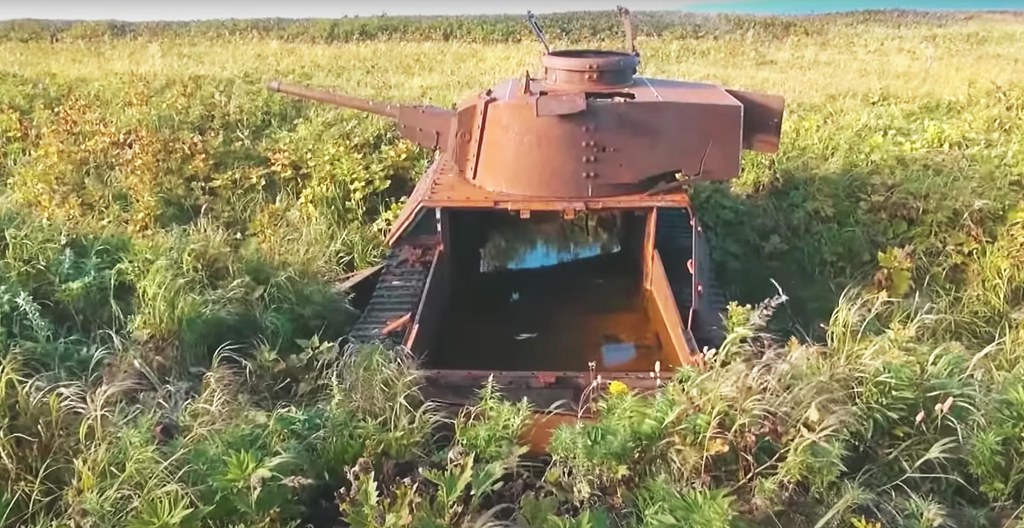 The interior of the Type 1 Chi-He's turret. What we see on the right is the back of its 47mm gun, completely rusted. 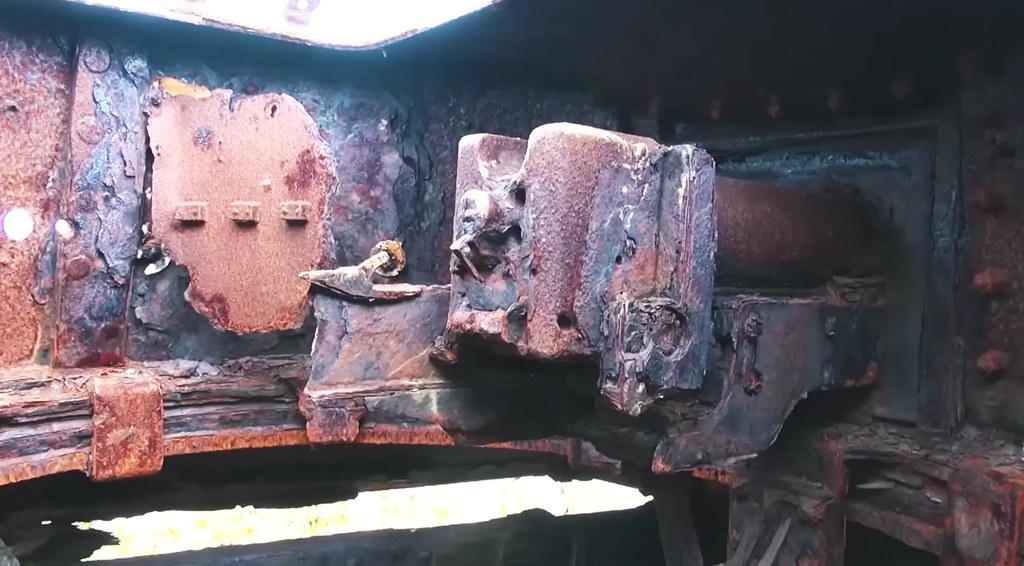