In southern California, in the middle of the Colorado desert, there is a small town called Chiriaco Summit that doesn’t even have its own city hall.

What there is at Chiriaco Summit is a museum dedicated to General Patton. It is a small museum, especially compared to other US military museums. What draws the attention of some people who pass by is that behind the museum there is a vacant lot in which eight M-60 Patton battle tanks rest. I found a couple of very similar videos showing this little tank graveyard. One of them was posted by World Army Club:

The other was posted by 301steady. Curiously, they are very similar videos, even in the shots they take:

As you can see in the screenshots below, most of the tanks are in relatively good condition, although devoid of chains, smoke grenade launchers and machine guns. The 105mm guns are intact: 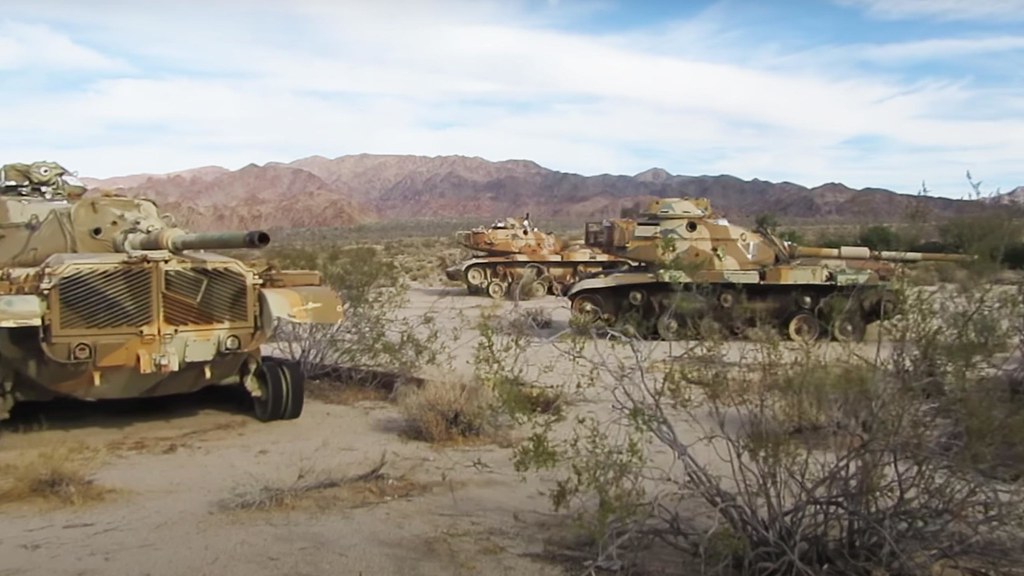 Nearly all tanks are of the M-60A1 variant, introduced in 1962, sporting a very unusual four-color desert camouflage: the MERDC Red Desert. It is a variant of the camouflage worn by US Army vehicles from 1975 until the 1984 adoption of the three-color NATO camouflage. They are possibly former Marine tanks (not far to the north is the Twentynine Palms Marine base). 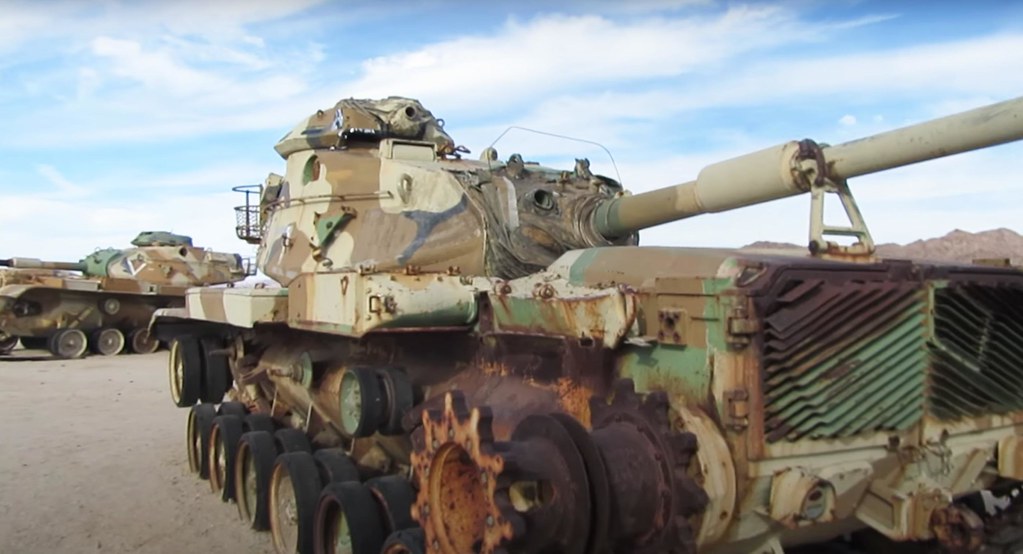 In this graveyard there is also a Marine M-60A1 RISE Passive, a model that was fitted with ERA reactive armor plates in the late 1980s. In this case, the camouflage scheme it is more wooded than in the other tanks. 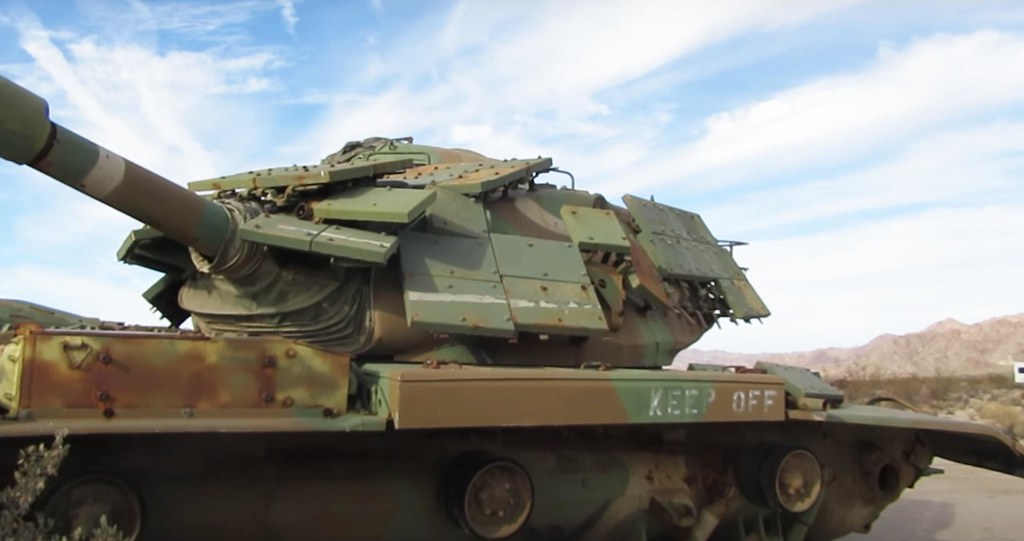 In case you ever pass by, you can see here the location of the General Patton Memorial Museum on Google Maps. The tank graveyard is located just north of the museum. Beware, the land is private. It is possibly accessed from the museum.