Balalae: aeronautical relics of the World War II in an airfield with a macabre past

Balalae Island (also spelled Balallae, Ballale or Ballali) is part of the western province of the Solomon Islands archipelago in the Pacific Ocean.

The first European to set foot on these islands was the Spaniard Álvaro de Mendaña de Neira in 1568. From 1893 to 1978 the Solomon Islands were a British colony, and they are currently an independent country belonging to the British Commonwealth of Nations and whose Head of State is Queen Elizabeth II of England. During World War II the western islands of the archipelago were invaded by the Japanese Empire.

During that war, 517 British prisoners captured in Singapore (you can read here their names) were taken by the Japanese to Balalae to force them to build an airfield in the middle of the jungle that covers the island. Many died from the harsh conditions of captivity due to disease, hunger and wounds, and also from Allied bombardment of the place. When the airstrip was completed, the Japanese killed the survivors by bayoneting or beheading them with swords. Mass graves containing the bodies of those prisoners were discovered by Australian Army forces when they arrived on the island in November 1945.

Today, that runway is still active, being operated by Solomon Airlines. It has a length of 1.75 kilometers. On the island you can still see the remains of planes from the Second World War, badly damaged by the passage of time (other planes that were on the island were recovered and have been restored). You can see them in this video by Michael Holmesby: 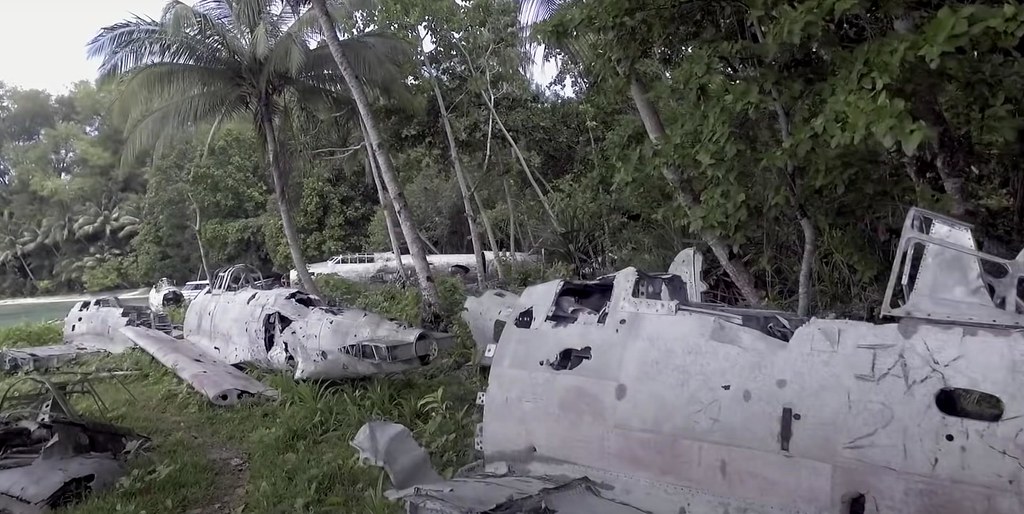 The remains of a Mitsubishi G4M. On the left we see a wing and on the right the fuselage of the plane. 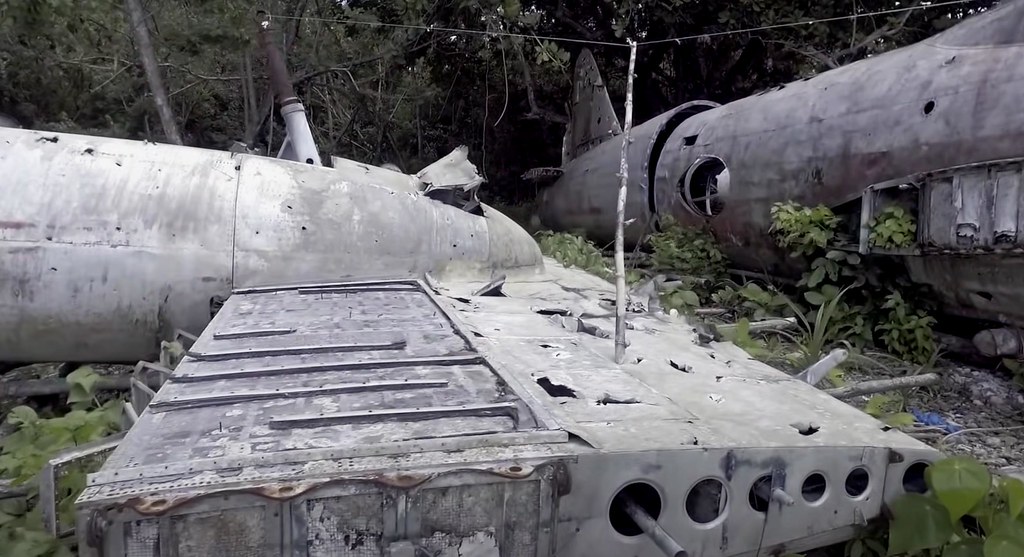 The remains of an Aichi D3A. Behind it we see a Mitsubishi G4M1 bomber. 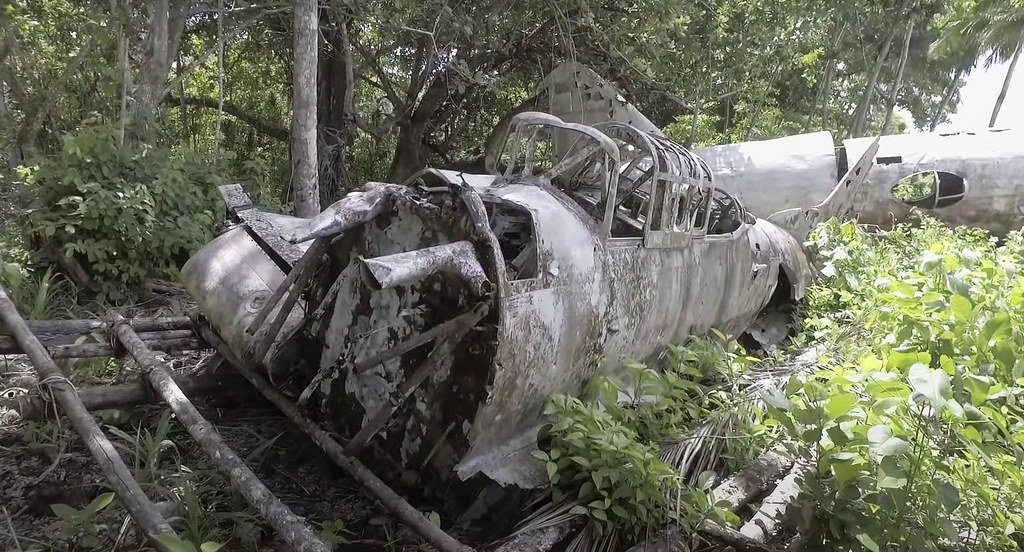 Another image of the Aichi D3A. The plane no longer has an engine or wings. 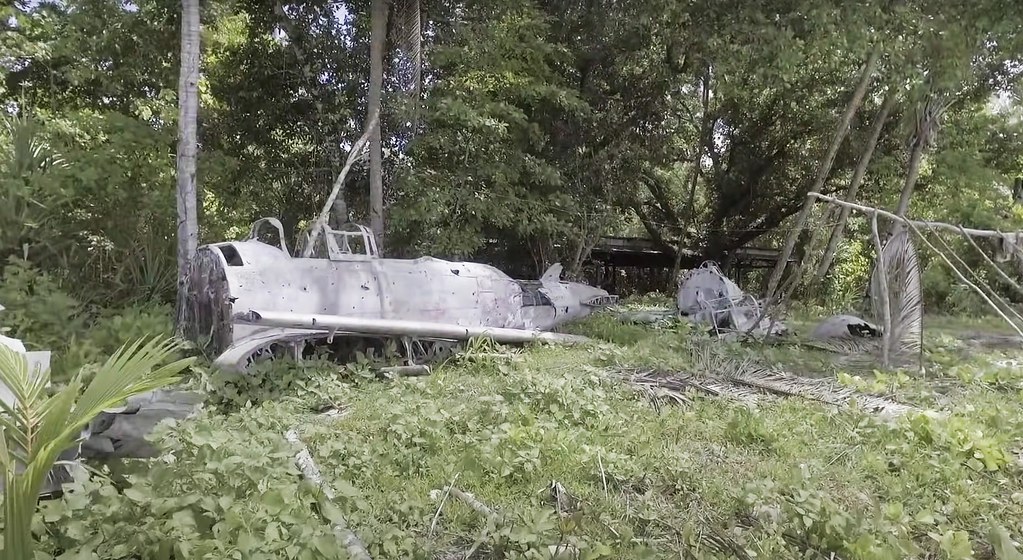 The interior of a Mitsubishi G4M1. In the background you can see the cockpit and the pilot's seat. 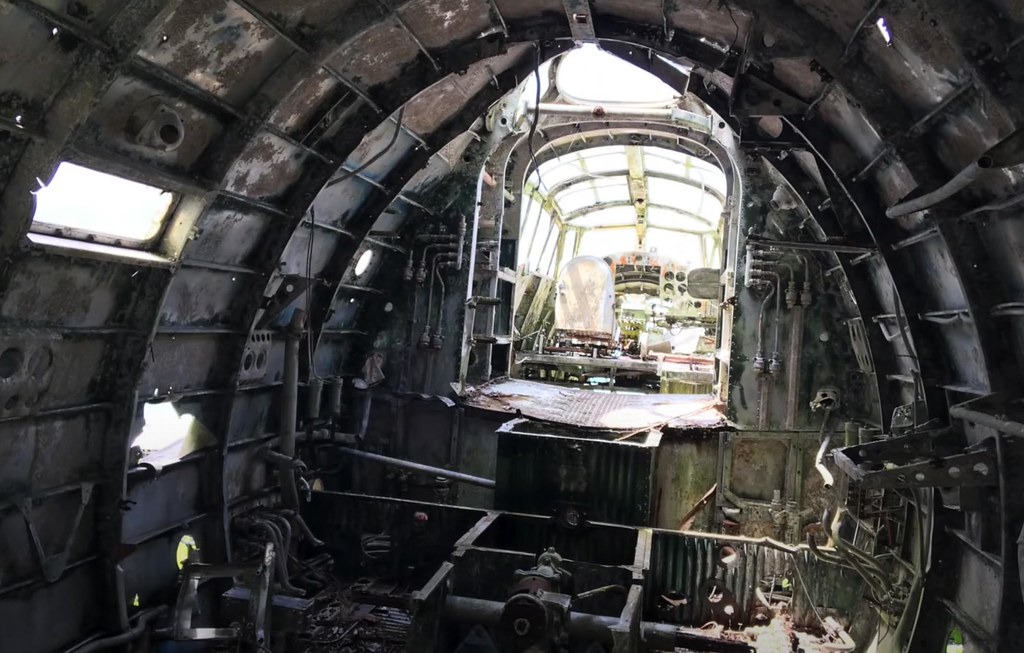 Heading this post there is another capture of the video, in which we see a Mitsubishi G4M1.