Warsaw: An American shows a short tour of the Museum of the Polish Army

In the center of the Polish capital, on Aleje Jerozolimskie (Jerusalem Avenue), there is a center that shows the long military history of that country.

The Museum of the Polish Army was opened on April 22, 1920 by the then Head of State of Poland, Józef Piłsudski, a few months before Poland defeated Bolshevik Russia in the decisive Battle of Warsaw, during the Polish-Soviet War. At that time it was called the Army Museum. In 1939 it was looted by the Germans, who ended up using its facilities as warehouses for the Waffen SS.

In 1944 the center was renamed the Museum of the Polish Army, reopening its doors in January 1946, at a time when Warsaw was experiencing a difficult reconstruction, after having been razed by the Germans after the defeat from the Uprising of 1944 led by the Polish resistance.

Currently the museum is in the process of being transferred to the Warsaw Citadel, on the banks of the Vistula River. Its contents range from the Middle Ages to the 20th century. Two weeks ago, the American YouTube channel Forgotten Weapons published a short video tour of this museum, showing some of its rooms (some were no longer available due to the relocation process):

Below we can see some screenshots of the video, as a preview. Here we can see a room dedicated to the Battle of Grunwald (1410), in which Poles and Lithuanians defeated the Teutonic Knights. The black cross that appears on the shield is the famous Iron Cross, emblem of the Teutonic Order and origin of the symbol currently used by the German Armed Forces. 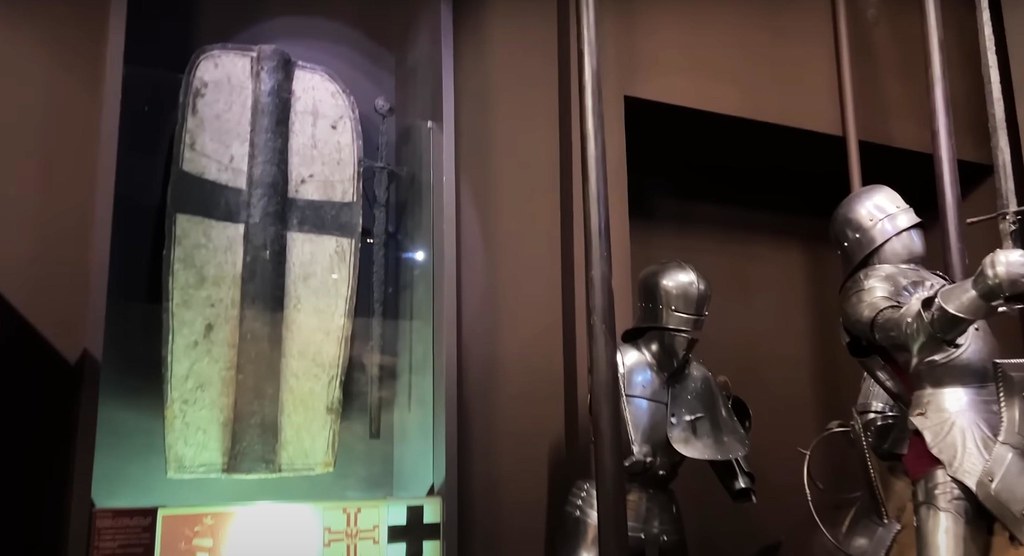 The famous Polish winged hussars who defeated the Turks in the Battle of Vienna in 1683. 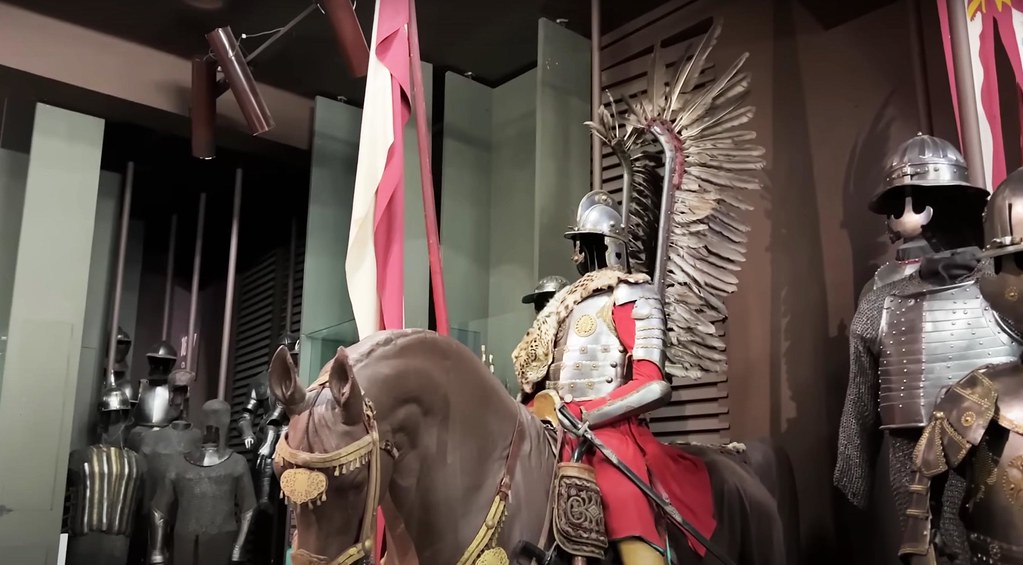 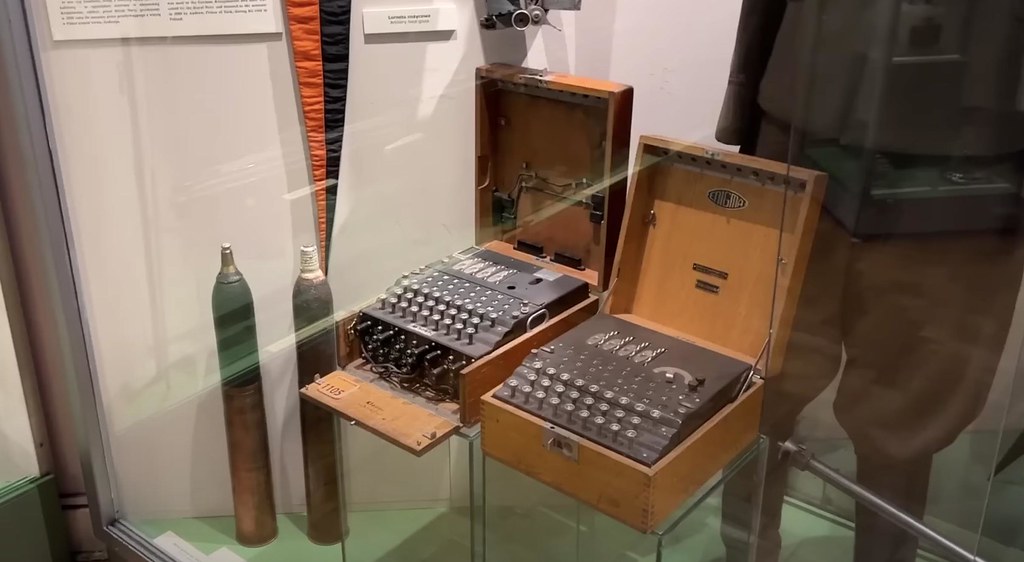 A showcase dedicated to the Polish forces that fought in France and Norway in 1940, during the Second World War. 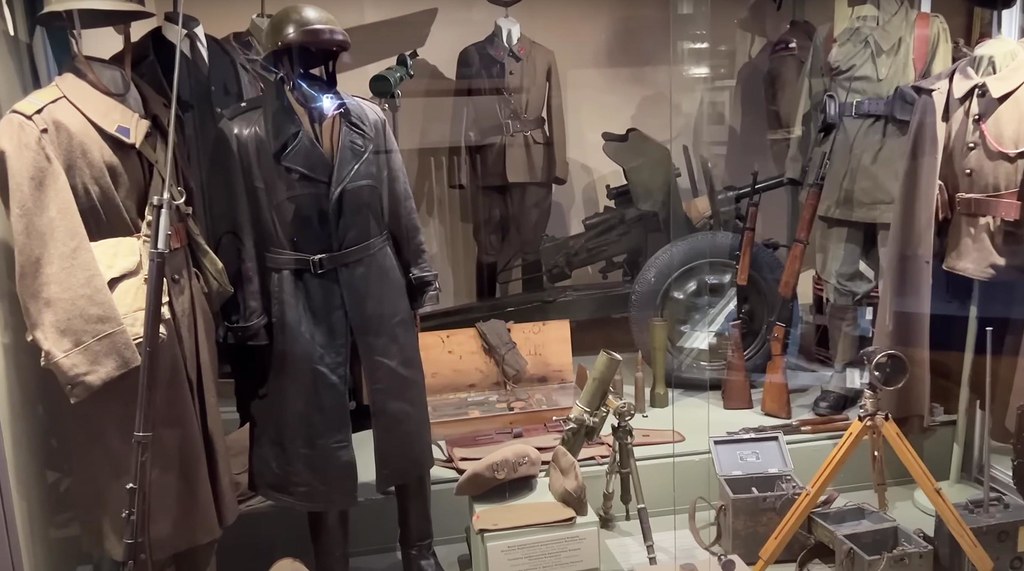 A showcase about the Peasant Battalions (BCh), one of the organizations of the very active Polish resistance against the Germans in World War II. 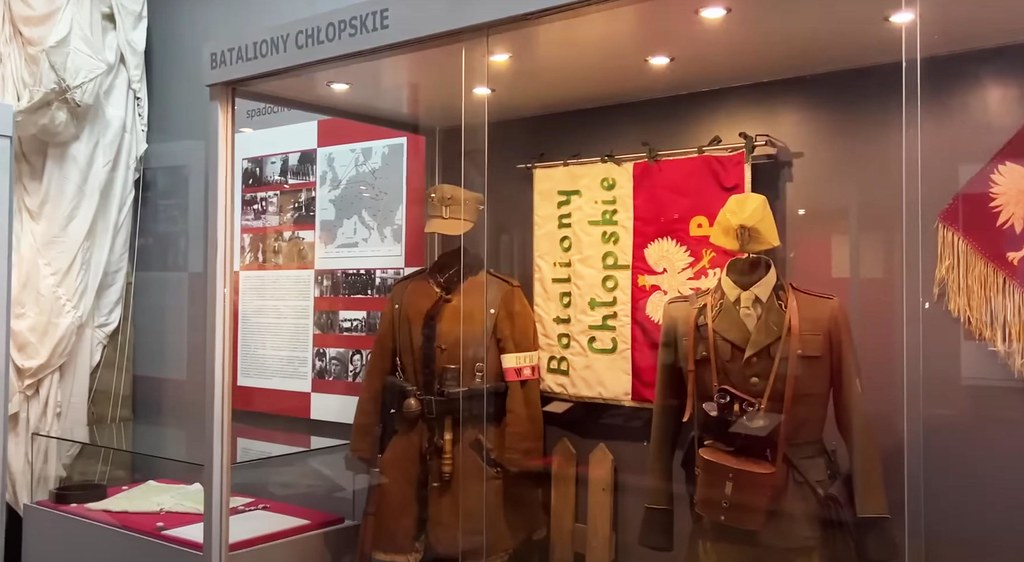 If you want more information about the Museum of the Polish Army, you can visit its website: www.muzeumwp.pl.