The Cross of Burgundy (or St Andrew) is one of the historical symbols most closely linked to the Spanish Empire. But did you know that it is also a symbol linked to Poland?

This coincidence occurred in the seventeenth century. One of the oldest evidence preserved of it is the so-called Rolka Sztokholmska (Stockholm Roll), the work of the German painter Balthasar Gebhardt that is nowadays in the Royal Castle of Warsaw. The colored parchment contains illustrations of the entrance of the King of Poland Sigismund III Vasa and his wife, Queen Constance of Habsburg, in Krakow on December 4, 1605. In a fragment of the canvas this scene appears: soldiers accompanied with a flag with the Cross of Burgundy in red, and with a white and blue background, which matches the colors of the flag of the city of Krakow. These are members of the Krakow guild militia. 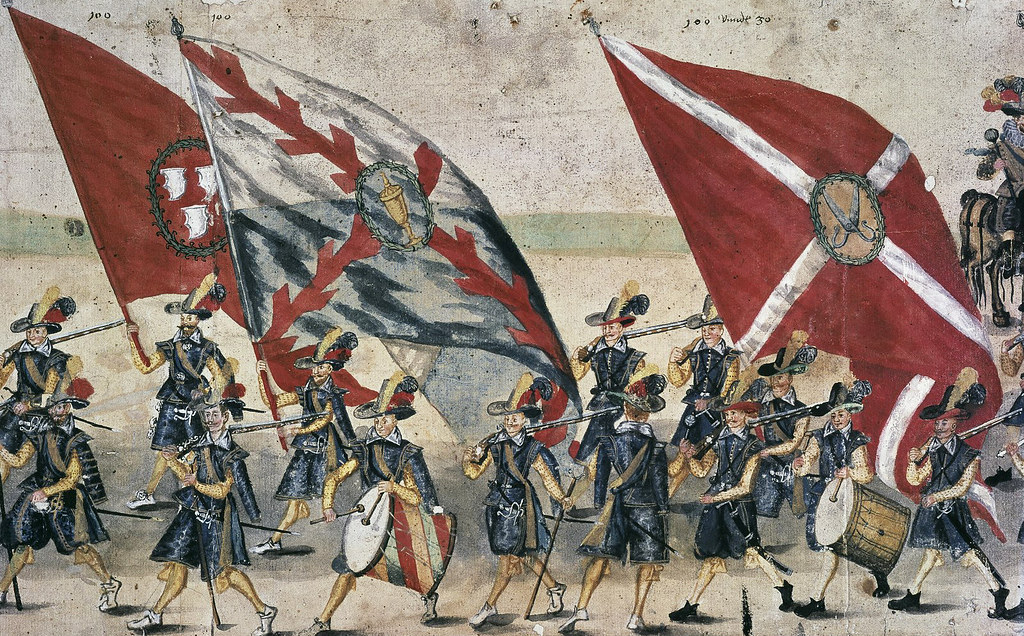 The fragment of the Stockholm Roll showing the Krakow guild militia with a flag with a red Burgundy Aspa on the flag of that city, in 1605 (Source: Culture.pl / Wikimedia)

The appearance of the Aspa of Burgundy among the soldiers of Segismundo III Vasa is not accidental. This King of Poland struggled to strengthen his ties with the Spanish Crown. He even sent his ambassador Krzysztof Koryciński to Madrid, who arrived in early 1615, offering even the union between the crown prince of the Polish throne, Władysław, and the infanta Maria Ana. The King of Spain granted the Golden Prince the Golden Fleece, but nothing else. Maria Ana would end up being Empress after her marriage to Ferdinand III of Habsburg in 1631. 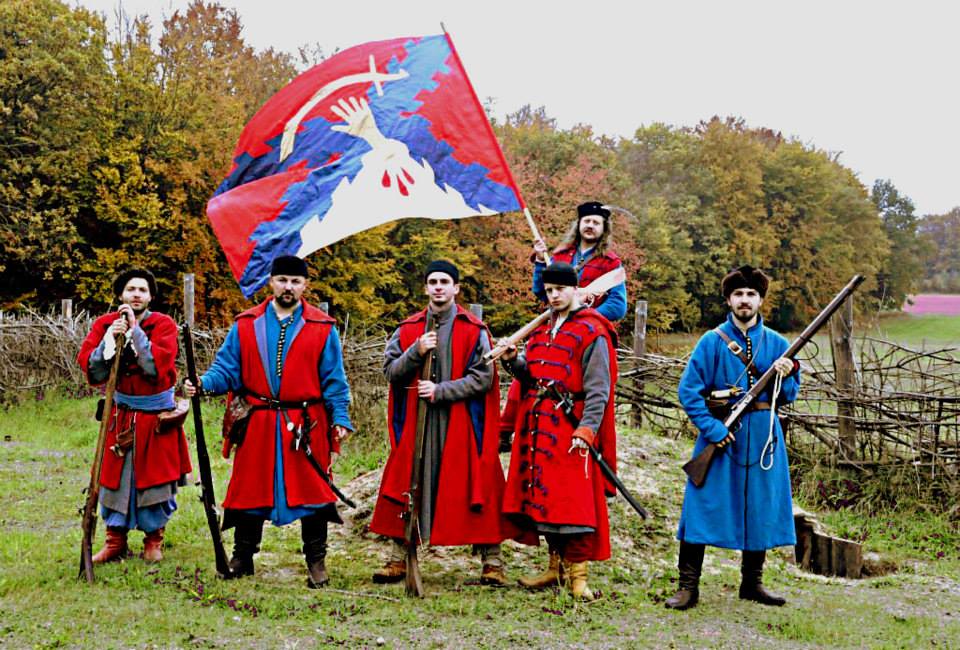 Polish reenactors of the late 16th and 17th centuries. They represent the Polish-Hungarian infantry of the reigns of Stephen I Báthory and Sigismund III Vasa. Its flag carries a blue Burgundy Cross (Source: Polish Haiduking Team)

In December 1621, Sigismund III Vasa once again addressed a letter to the Crown of Spain to ask King Felipe IV for free trade for the Poles in Flanders and the Iberian Peninsula, something that the Spanish monarch agreed, despite of the opposition of the State Council. In 1623 Sigismund III again asked Philip IV for help through Ambassador Adam Mąkowski, this time to ask for help against the Swedes, a plan that had the support of the Apostolic Nuncio. Sweden was an enemy of Spain, and the plan was for Philip IV to send a fleet to help the Poles invade the Nordic kingdom, which was Protestant. Although he could not send his fleet to the Baltic Sea, King Philip IV of Spain promised financial help to Poland, with which he joined his Catholic faith. However, the Hispanic Monarchy was busy with the endless Flanders War and other European conflicts, and help never came. 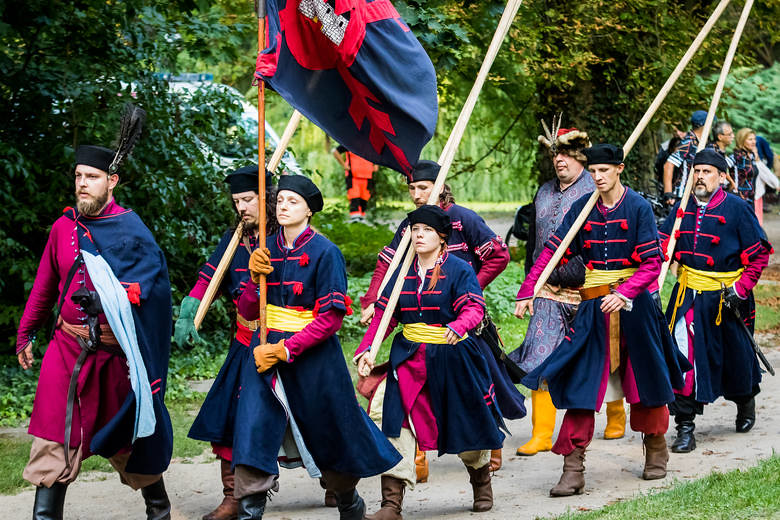 Polish reenactors of the seventeenth century with a flag with the Cross of Burgundy (Source: expressbydgoski.pl)

Prince Władysław of Poland: an admirer of Spain and its Tercios

Meanwhile, Polish prince Władysław, still single, began a trip through Europe in 1624 using a false name. He met the Duke of Alba in Florence and General Ambrose Spinola in Breda, where the Polish prince was able to attend the famous surrender immortalized by Velázquez. This trip made Władysław an admirer of Spain, and especially of his military culture, which once on the throne would lead him to implement a military reform in Poland in order to westernize his Army, taking as reference the Spanish Tercios. In this way, the typical morrions and clothing of the Spanish infantry could be seen in Slavic lands. 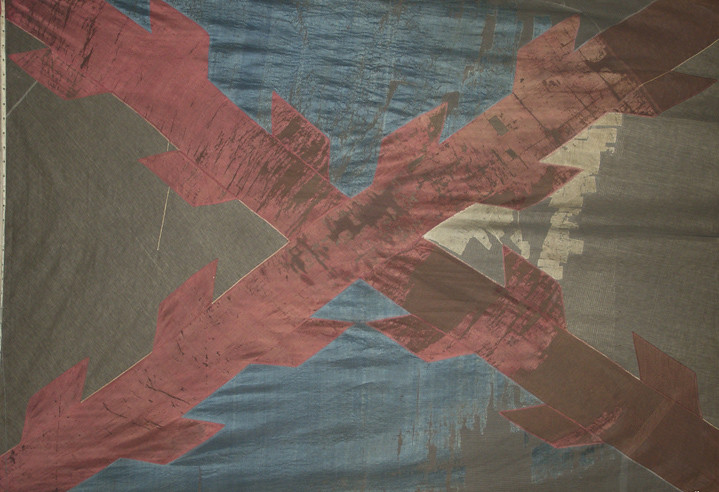 17th-century Polish infantry flag preserved in the Polish Army Museum, in Warsaw. It has dimensions of 220 by 300 centimeters (Source: Muzeum Wojska Polskiego)

At that time, the Cross of Burgundy became a popular element in the flags of the Polish infantry, especially since the ascent of Władysław to the throne in 1632 as Władysław IV of Poland. Today the Polish Army Museum retains one of those 17th-century flags, with the blade ecotated in red, the lower and upper white and the sides in blue. 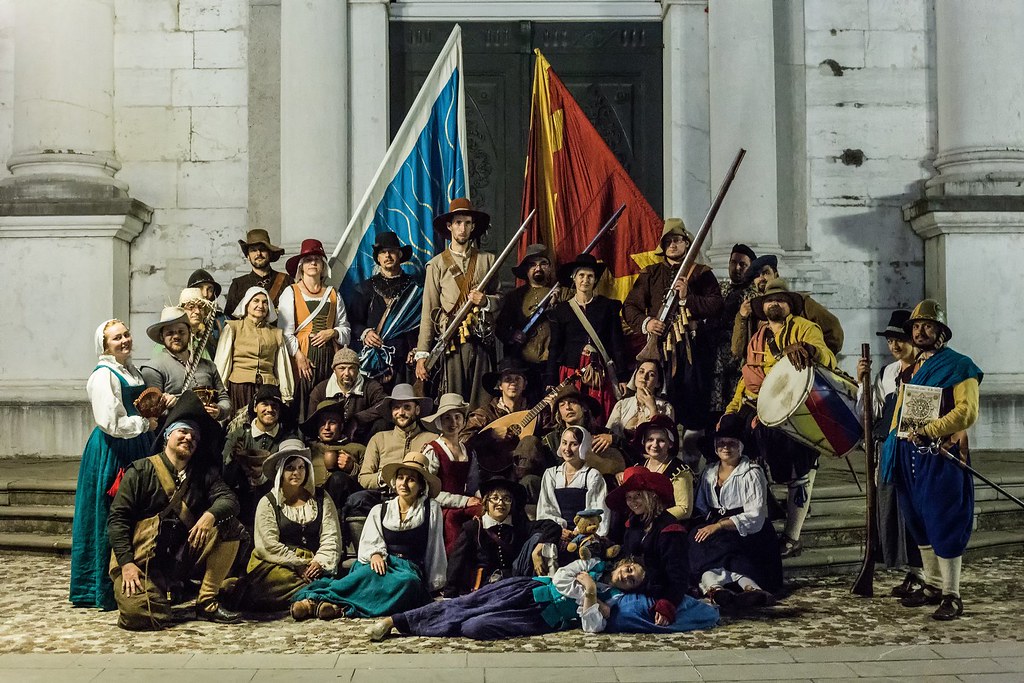 Polish reenactors of the 17th century with a red and yellow flag with the Cross of Burgundy (Source: Polish Regiment)

These flags with the Aspa of Burgundy were common among Polish troops during "The Swedish Deluge" (1655-1660), as is known in Poland to the invasion of his country by Sweden, a war that ended with a Polish victory but that caused so much damage in the country that ended up marking the end of the golden age of the Polish-Lithuanian Commonwealth, which until then had been one of the great powers of Central Europe. 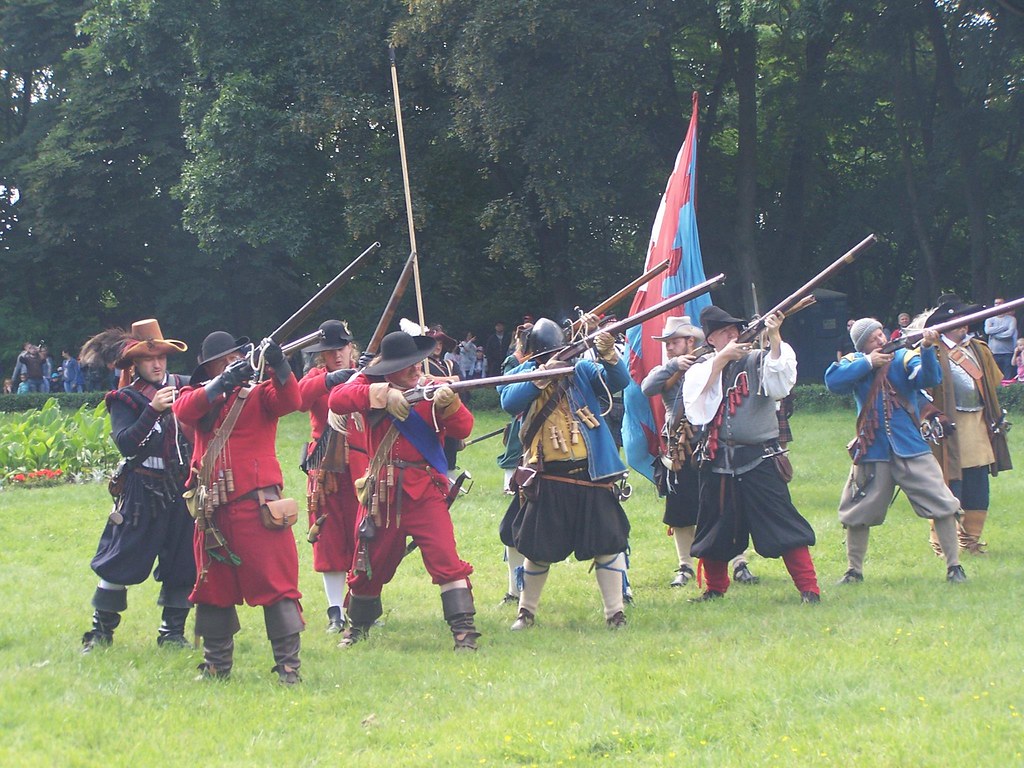 Crosses of Burgundy at themilitary parade of the Polish Army Day

Today, groups of Polish reenactors display flags of that time with the St Andrew cross. One such group is the Regiment Króla Jego Mości Władysława IV Wazy (Regiment of His Majesty King Władysław IV Vasa), which is one of the largest military historical recreation groups in Poland. This and other groups of reenactors paraded last year at the Polish Army Day in Warsaw. Among the flags of that time there were several with the Cross of Burgundy on their flags. 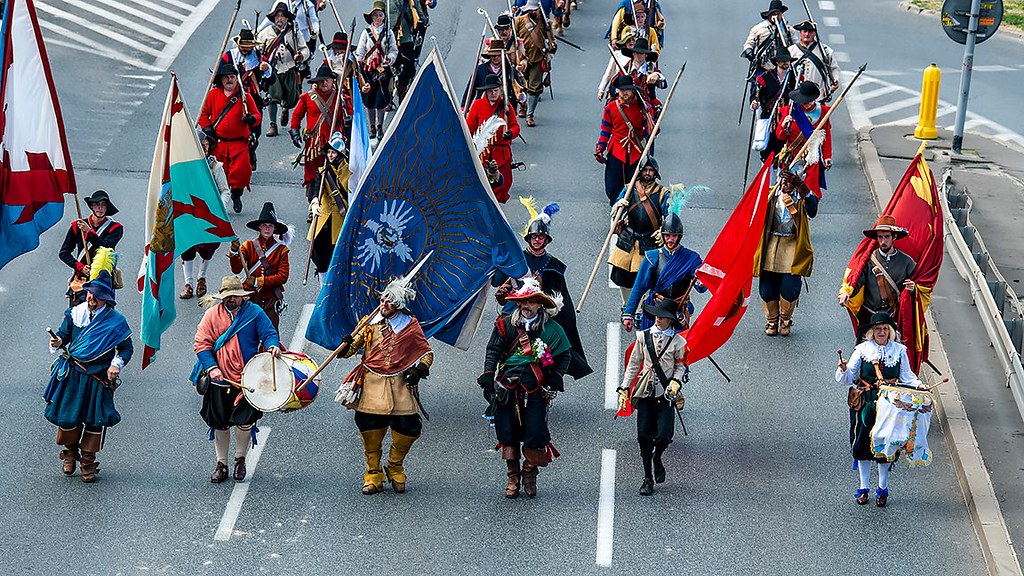 Polish reenactors of the 17th century at the military parade of the Polish Army Day of 2018. Several of the groups carried flags with the Cross of Burgundy (Source: Regiment Króla Jego Mości Władysława IV Wazy)

Note: Last year, by mistake, I published on this blog that the presence of these Crosses of Burgundy in the Warsaw parade was an allusion to the Spanish Tercios. Serve this entry as a rectification and as an apology to the Polish reenactors.