Today Poland celebrates the day of its Armed Forces, in memory of the Polish victory against the Bolsheviks in the Battle of Warsaw in 1920, which occurred on that day as today.

This year Spain has been very present at the parade held annually in Warsaw. In the military parade on foot have escorted to the flag of Spain five members, if I’m not mistaken, the Brigade “Guadarrama” XII of the Spanish Army, which since last July is deployed in Latvia. 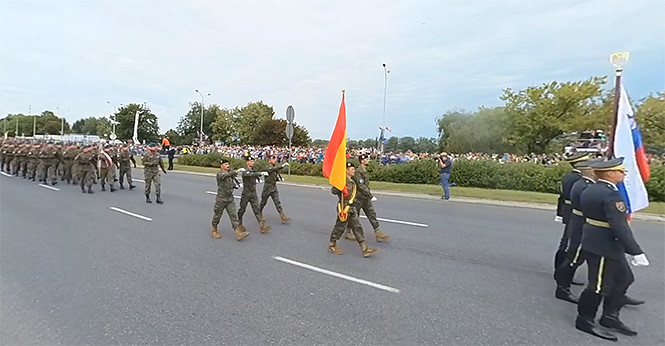 You can see them in the minute 1:05:22 of the video of the live retransmission of the parade that the Polish Ministry of Defense has made through its YouTube channel (a video in 360º and in 4K quality, by the way):

In the historical part of the parade, which covers different periods in chronological order, Polish reenactors with flags of the Cross de Burgundy have been present. You can see them in the minute 1:47:04 of the video. They recreate the 17th-century Polish infantry, which also used that flag. 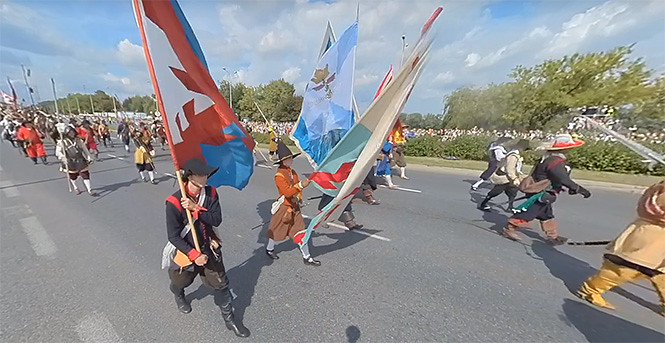 It has been a nice touch to see the soldiers of our Tercios, who were the best infantry of their time, preceding what was the best cavalry in Europe: the Polish winged hussars. Last October 12 in Madrid, in the parade of the Day of the National Holiday of Spain there were reenactors of the Tercios of Flanders, commemorating the 450th anniversary of the Spanish Way. Seeing them in Madrid was already exciting, but seeing them parade in Warsaw leaves one speechless. Thanks, Poland!

For the rest, and as the parade in the video begins with a little delay, I indicate some interesting moments of its content: