This Monday, the British Queen Elizabeth II, who died on September 8, has been buried in the beautiful St. George's Chapel of the impressive Windsor Castle.

The broadcast of the funeral ceremony broadcast by the BBC has shown some formidable images of the interior of this Chapel, belonging to the Anglican Church. Among these images, Spanish viewers will have seen something very familiar to them. You can see it in the following video of the ceremony, at minute 3:37 (I have inserted the video so that it starts at that point ):

It is possible that even watching the video some have ignored the detail. I mark it here with a red circle: 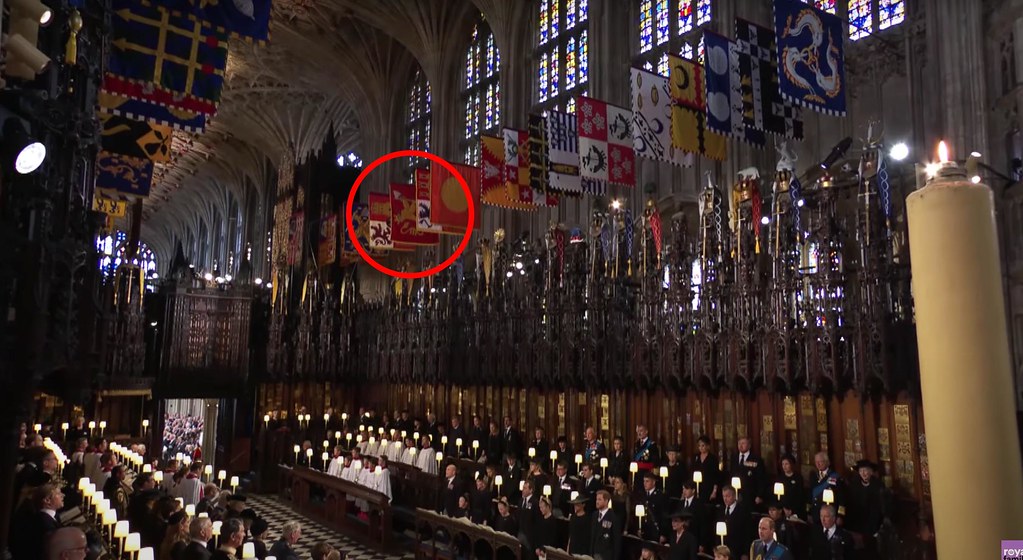 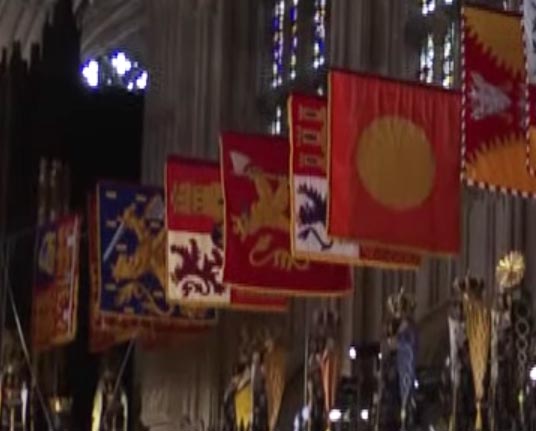 What we see are two banners with the National Coat of Arms of Spain. Someone might think that these are trophies of war obtained in one of the many confrontations that Spain and the United Kingdom have had in the past, but this is the current Coat of Arms of Spain, with the arms of Castilla, León, Navarra, Aragón and Granada, and the small coat of arms with the fleurs-de-lis that represents the Spanish Royal Family. In this photo of WPA Pool we can see both banners with a little more detail: 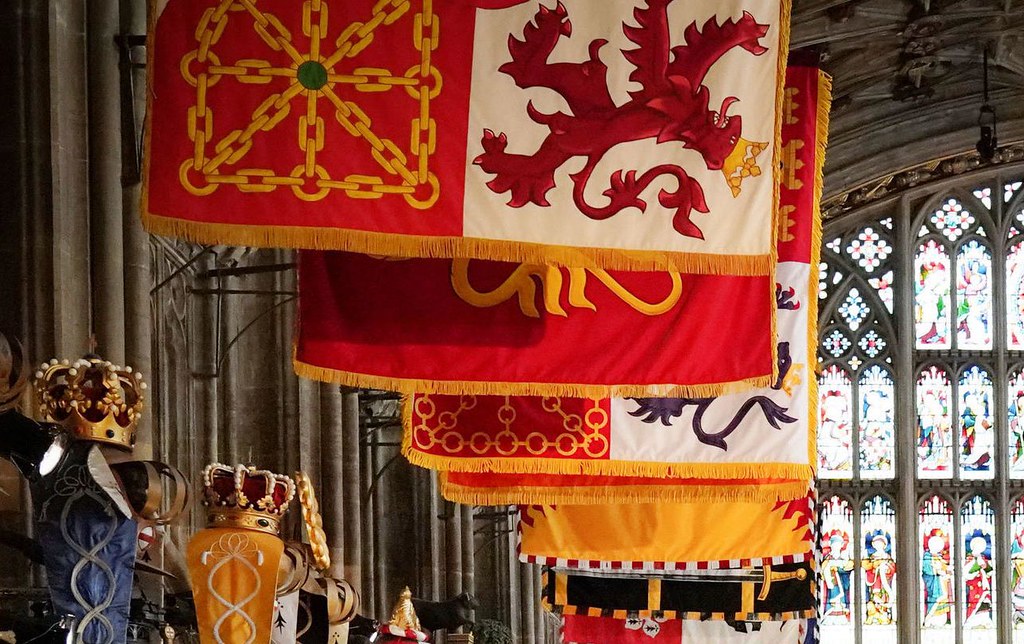 As you can see, they have different designs. The castle is represented differently in both, as are the chains of Navarra. Likewise, the lion of the banner that is in the foreground is purple, while the one further back has the lion in a dark violet color (a common confusion in Spanish heraldry). St. George's Chapel is the burial place of the British Monarchs, so why are those two Spanish banners there?

The reason for their presence is easy to explain. This temple is the Chapel of the Order of the Garter, the most important and oldest of the orders of chivalry in the United Kingdom. Its grand master is the British monarch (until a few days ago it was Elizabeth II, and now it is the new King Charles III). It is a very exclusive and select order, as it only admits 26 members: the British monarch, his successor (the Prince of Wales) and 24 other people. In addition, the order also includes some supernumerary members, including members of the British Royal House and monarchs from other countries. Each of the banners in the chapel represents a member of that order.