In 2009 an independent filmmaker found him there and interviewed him

Here we have talked about railway tunnels on a few occasions. It is a place where you do not imagine that any human being could live, but sometimes it is like that.

New York is a huge city whose subsoil is covered not only by an extensive subway system, but also by railway tunnels. One of those tunnels, belonging to the Amtrak network, is the Freedom Tunnel, which passes under the West Side Highway and is known for the murals painted by New York graffiti artists on their walls, and also by the homeless people who take refuge there.

In that tunnel lived a homeless man named Walter. He was not a mere transient who occasionally spent the night there: he had a small home in the tunnel under 80th Street. His way of life was to repair computers damaged books that he found on the street, reselling books that others no longer wanted, and collecting cans to sell the metal. Among the bums who lived in the tunnel, Walter was lucky, for at least he had something resembling a home.

In 2009, independent filmmaker Erik K. Swanson found Walker during an exploration of those tunnels, and had the opportunity to interview him and get to know his curious home. A few months ago Erik published the video of that experience:

According to Erik in the description of the video, Walter lived in that home for more than 20 years, until he was hit by a train in 2012. A few years later, the authorities removed all the homeless people from the tunnel and cleaned the area. Today, the NYPD does regular sweeps to see if people still live there.

You can see some screenshots of the video here. Below these lines, one of the tunnels that Erik went through in 2009 to reach the Freedom Tunnel. 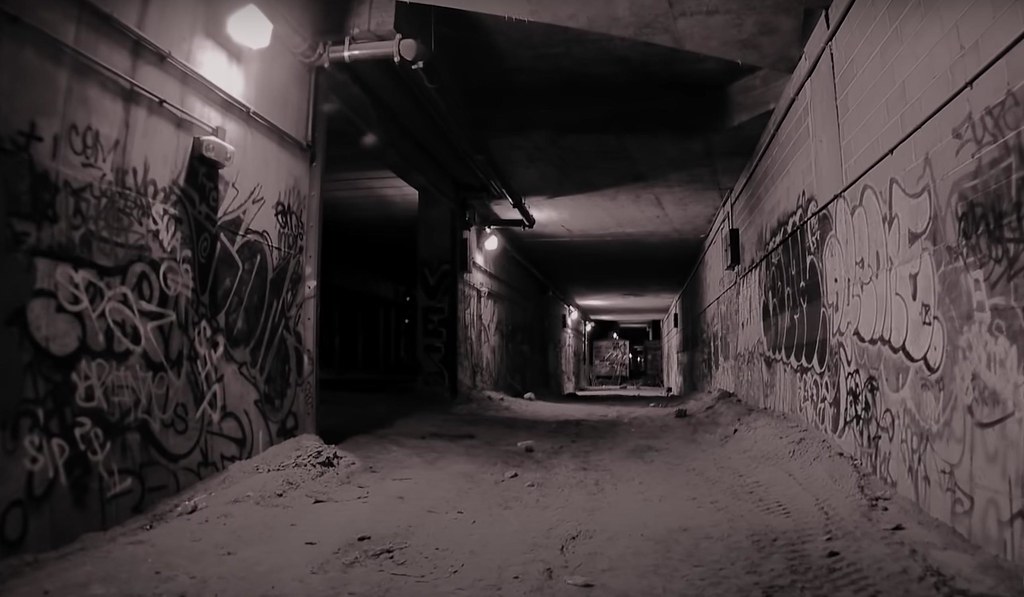 It's hard to imagine people living in such a place, isn't it? 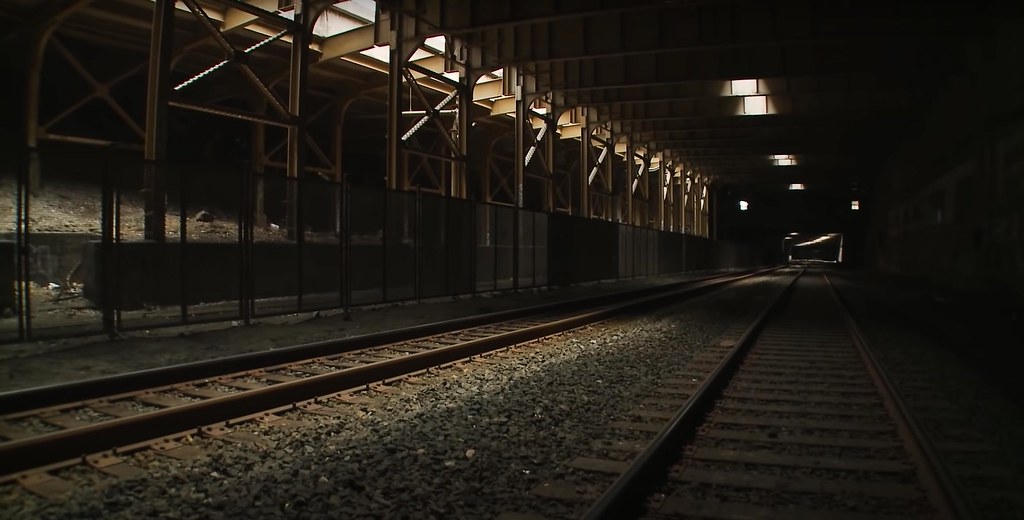 Some of the tunnels are spacious and have rubble. It is the space used by the vagrants who take refuge there. 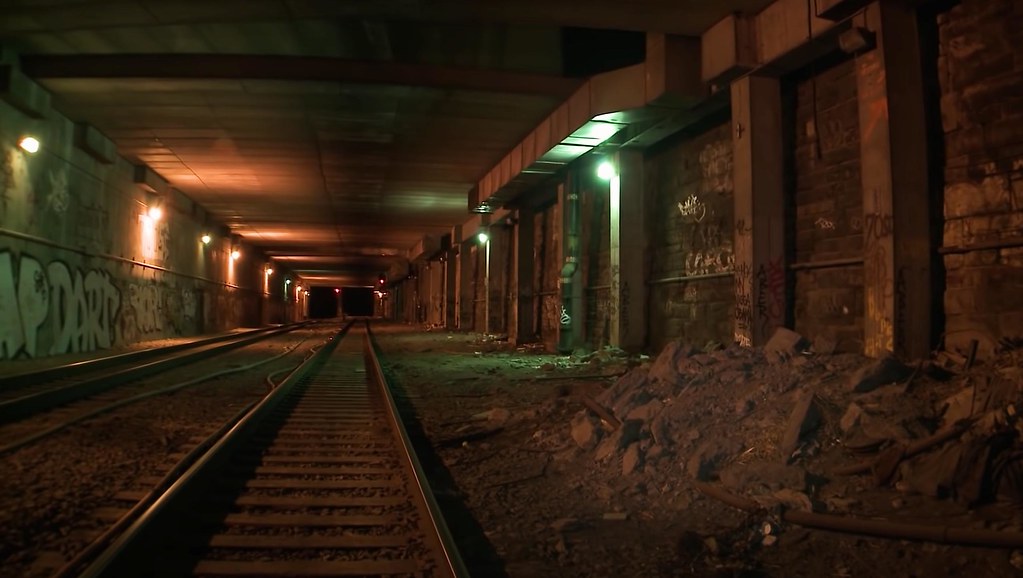 The hole that appears at the top left is where Walter lived until he was run over in 2012. 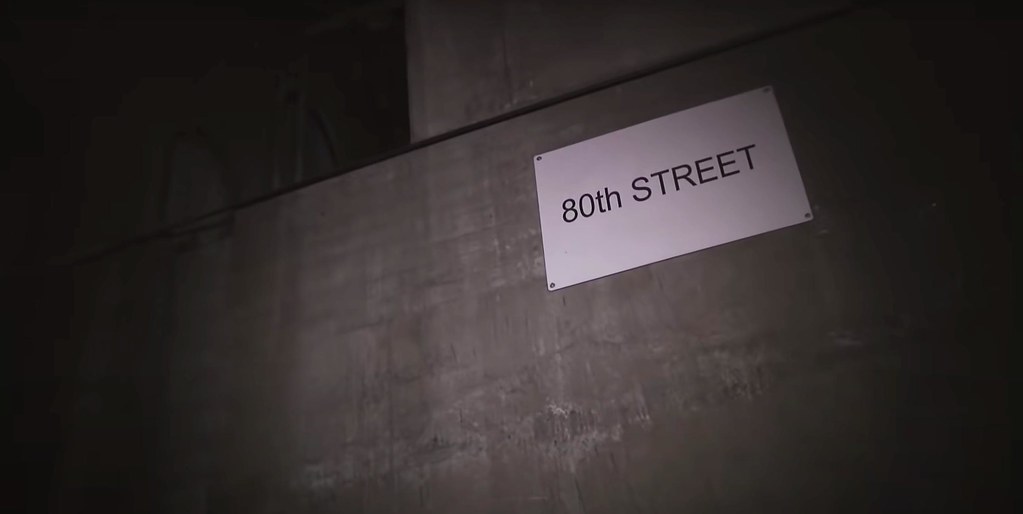 An image of Walter and his small home. He had a computer that he repaired himself, a radio and quite a few books, as well as a small kitchen. 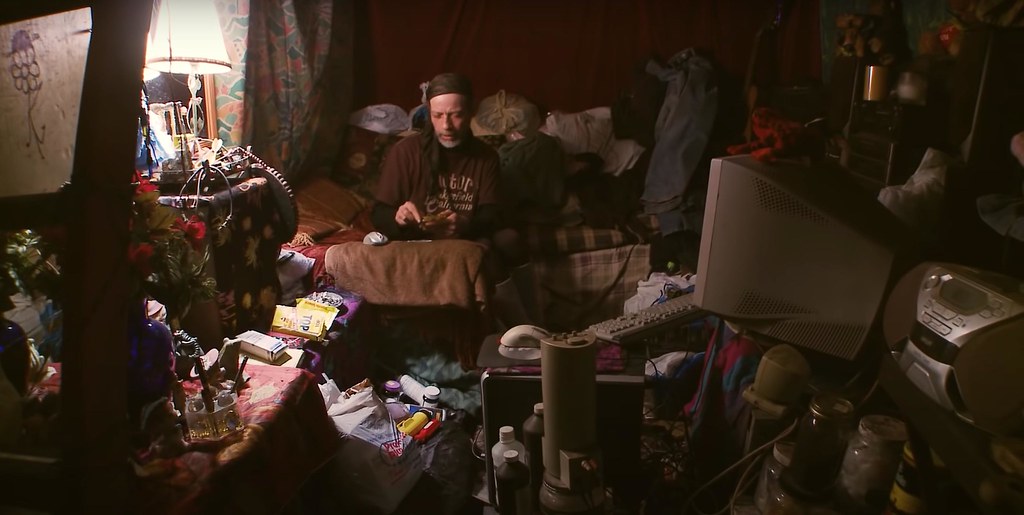 God knows what brought Walter to live there, and what he did in his past. Serve these lines as a memory of this New York underground man on the tenth anniversary of his death. Rest in peace.