Nelson, Nevada: a United States town where time stood still in the 1950s

In the United States, one could speak of three types of towns: those that are inhabited, uninhabited ghost towns, and towns like Nelson.

Nelson is located in an area of the state of Nevada that was known by the Spanish as Eldorado, due to its gold deposits. The town of Nelson was born, like many other mining towns in the US, as a result of the discovery in 1859 of gold and silver deposits in that place (later on, lead and copper were also exploited). Its remote location and isolation also made it a haven for deserters from both sides in the American Civil War (1861-1865). In fact, Nelson was a place not for the faint of heart: disputes over mining operations led to frequent murders. Nelson could be said to be among the wildest of the "Wild West".

As happened in other towns like this one, mining operations in this place ceased in 1942, and little by little it declined, until it became almost a ghost town. The "almost" is due to the fact that according to the last population census of 2020, 22 people still live there. Today Nelson is a tourist attraction for people who want to see something resembling an abandoned town, including many foreigners. A few days ago, Remote Trooper posted a video of his recent visit to that place:

You can see some screenshots of the video below. We start with an old Cadillac in a wooden shed, an image that might have looked almost unchanged in 1955. 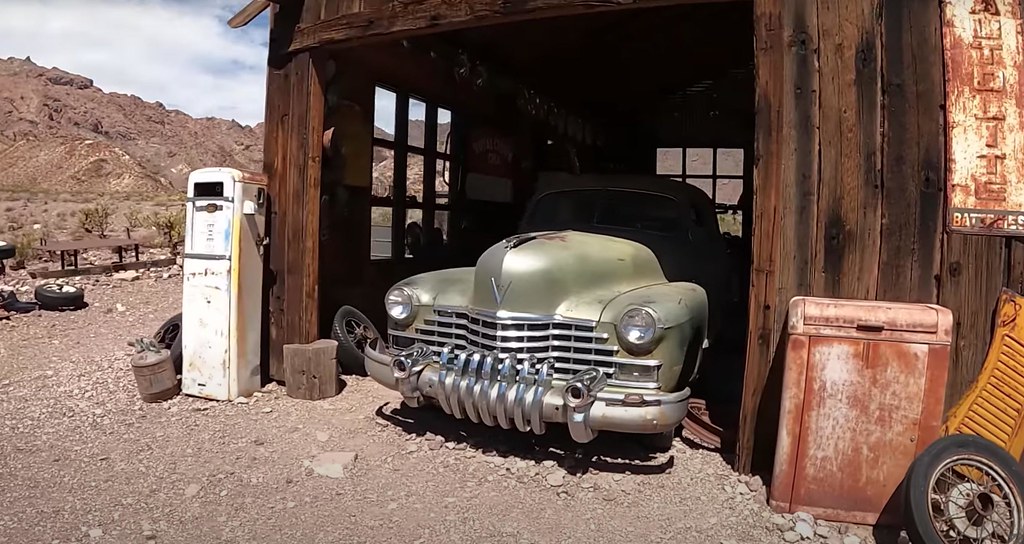 One of the things that stands out about Nelson's classic cars is that some are rusty, but they look well cared for. This one, for example, keeps the crystals of its headlights intact. It is as if it had been put there as an ornament. 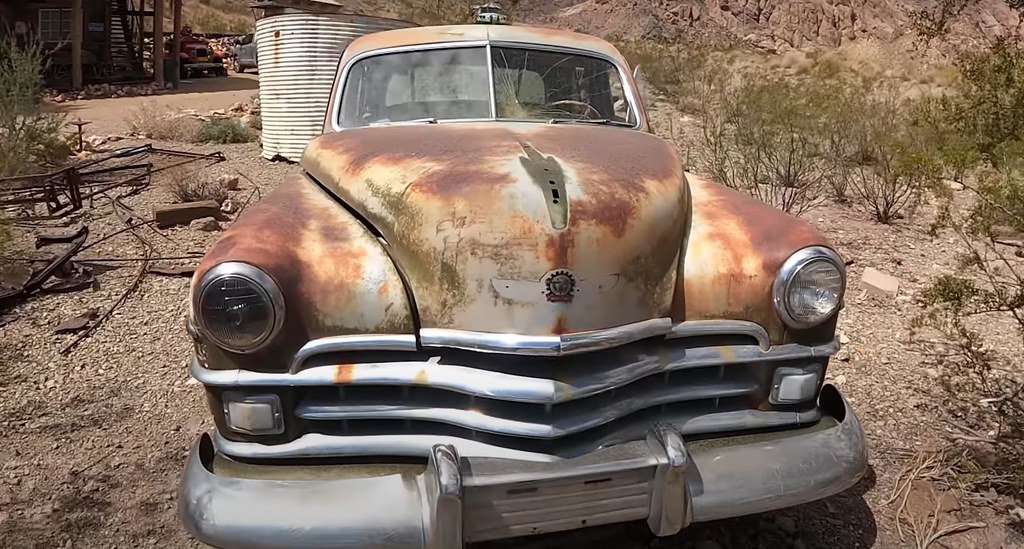 Yet another example of what I was saying in the previous paragraph.A truly abandoned vehicle wouldn't look like this. In that sense, Nelson is a somewhat artificial abandoned town. 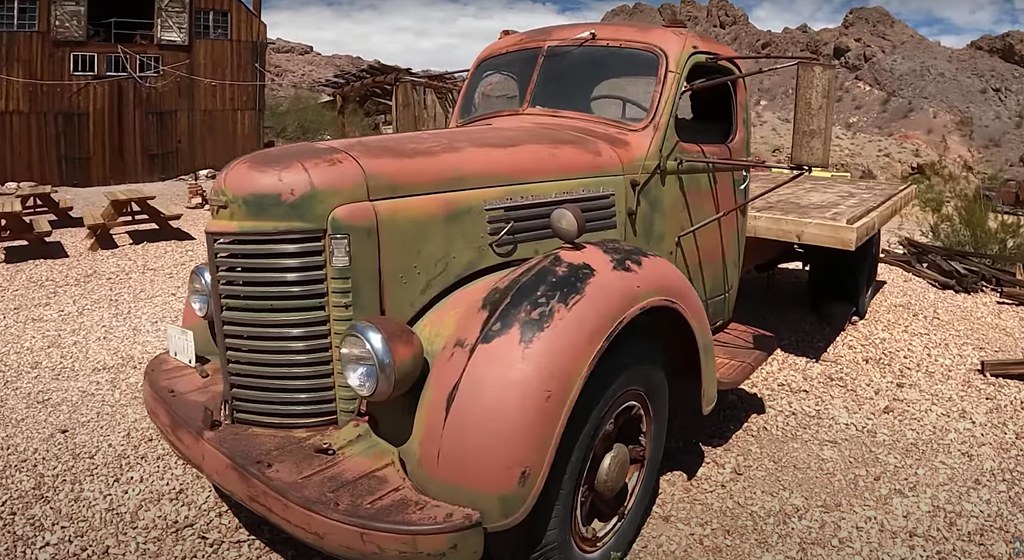 Some of Nelson's vehicles look like something out of a "Mad Max" movie. It's another way to attract visitors. 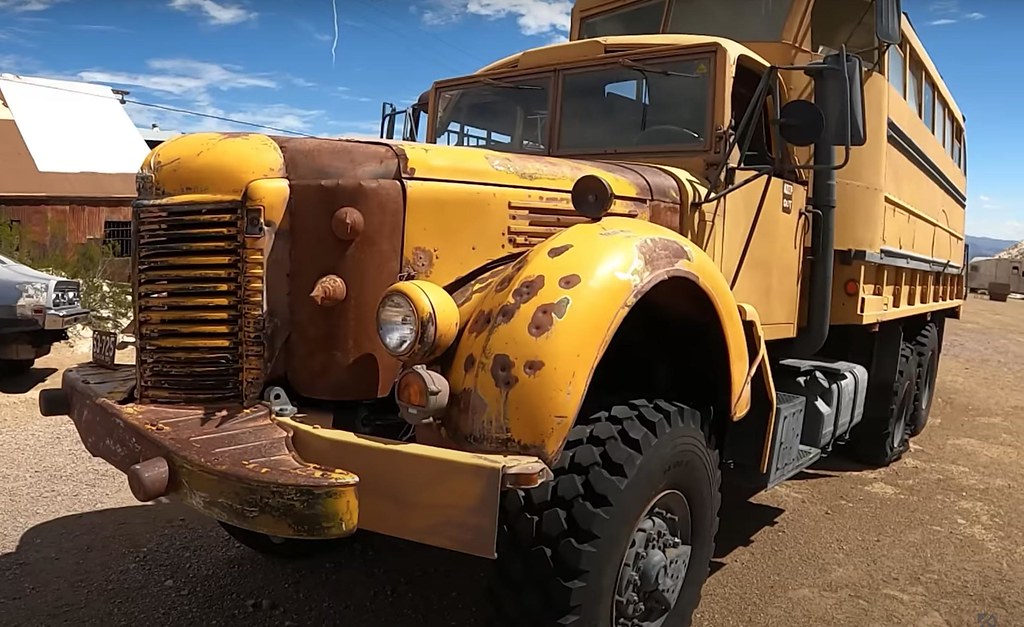 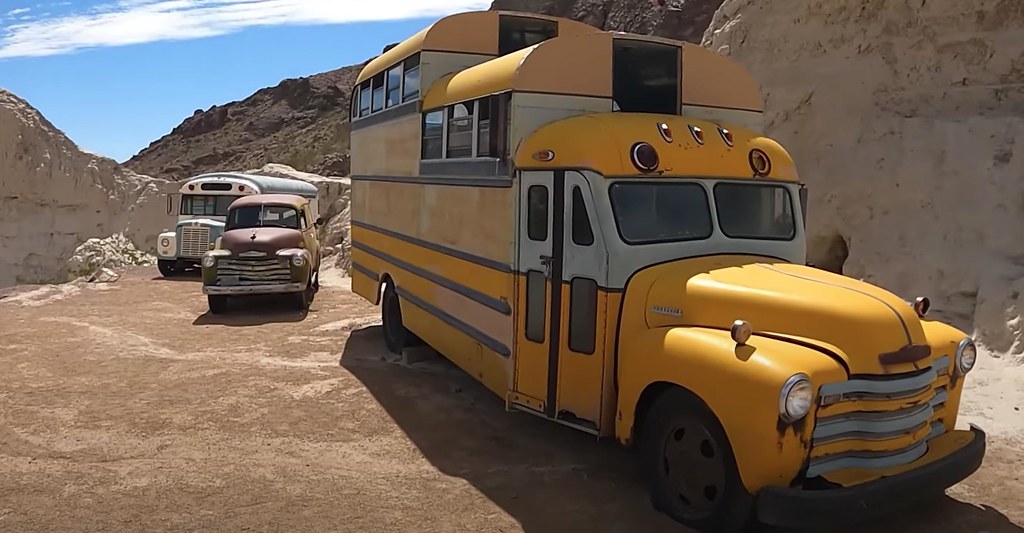 Among the curiosities that can be seen in Nelson is this wrecked US Navy North American T-28 Trojan training plane, located next to the old Techatticup mine. 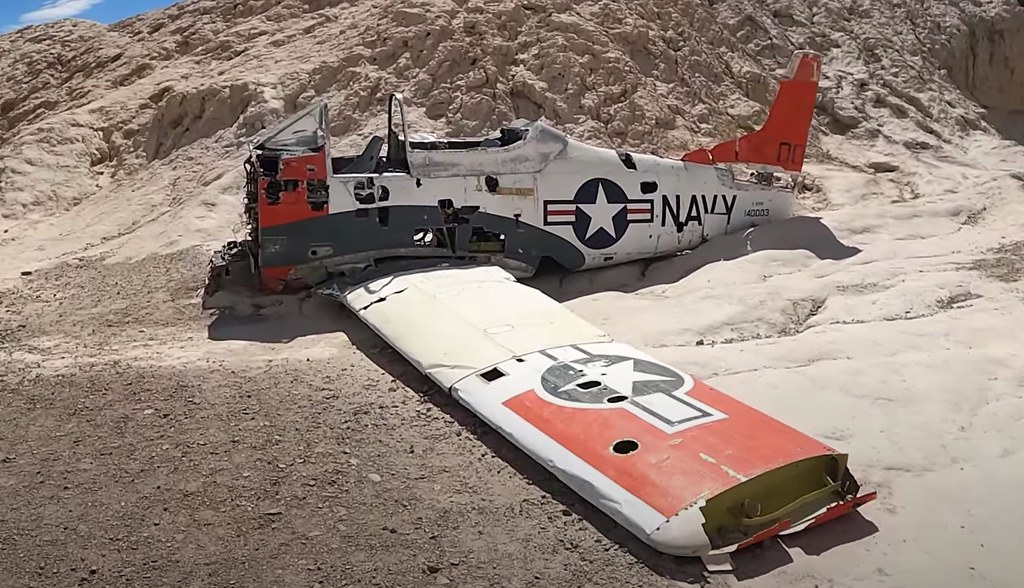 Very close to the Trojan is this other aircraft, a Grumman OV-1 Mohawk reconnaissance plane , which was used and destroyed in the movie "3000 Miles to Graceland" (2001). 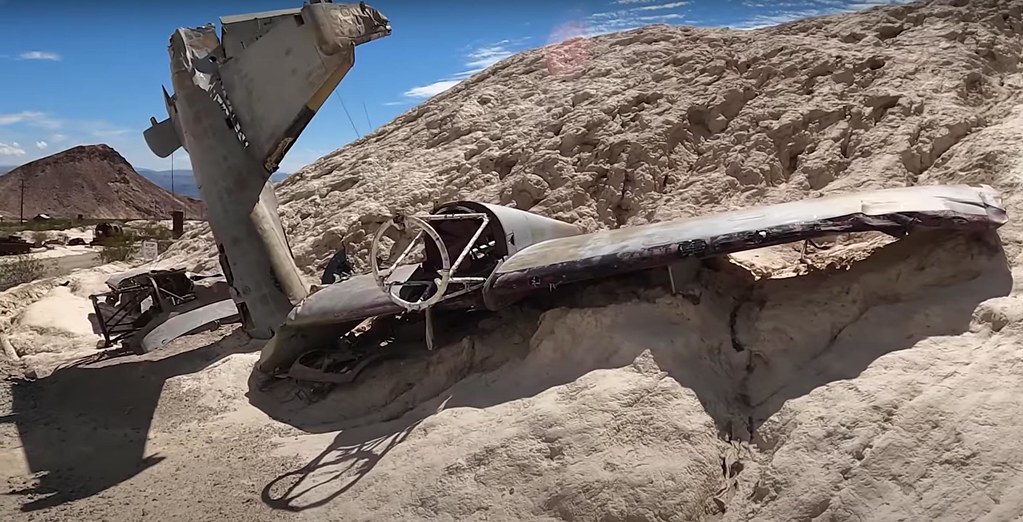