Piti: an old Japanese coastal artillery battery in the jungle of Guam

On December 8, 1941, one day after the attack on the American base at Pearl Harbor, Japan invaded the former Spanish island of Guaján.

Guam, as the island is known today (which is located in the Pacific Ocean, in the Mariana Islands archipelago), was in US hands since 1898. After occupying the island, the Japanese began to build defenses. One of these was an artillery battery that was stationed at Piti, on the western side of the island, where the US Navy had established a base in 1899. The battery was armed with three 14cm/50 naval guns known as the 3rd Year Type, manufactured in Japan between 1914 and 1945, with a caliber of 140 mm and a range of 19 km. The firing zone of the battery covered Asan beach, where the Japanese considered that an American landing could take place.

However, when the US Marines reached the shores of Guam in July 1944, the battery was not yet fully operational, so its cannons did not even fire. Today, the three guns remain in the places where the Japanese placed them, in the middle of the jungle, preserved as a memory of that war. The History Underground has released an interesting video showing that battery:

Below you can see some screenshots of the video. In this image we see the first of the Piti Battery cannons, which is reached by stairs with a railing and has an information panel next to it. As you can see, the trees have covered the firing area of the cannon, something common in artillery batteries that have been abandoned for many years (surely, when the battery was built, those trees did not yet exist). 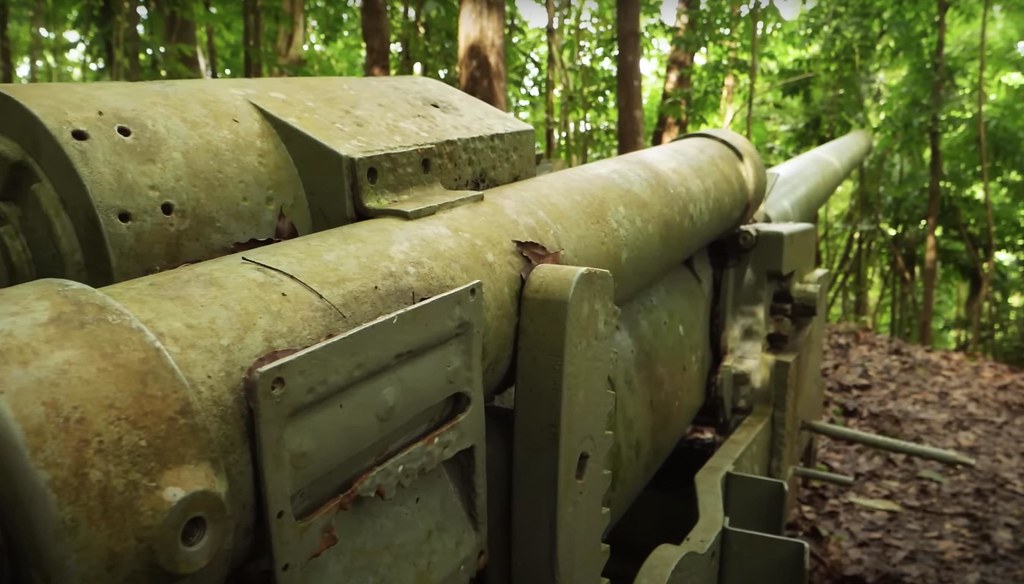 The second of the cannons is also in the middle of the jungle, near the previous cannon. 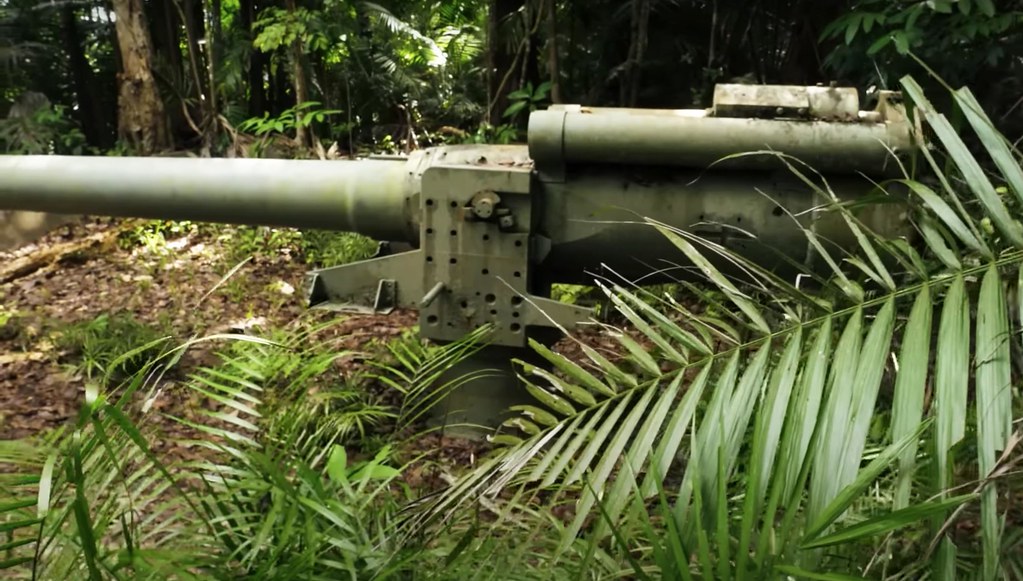 Unlike the first, this second barrel retains the breech lock: 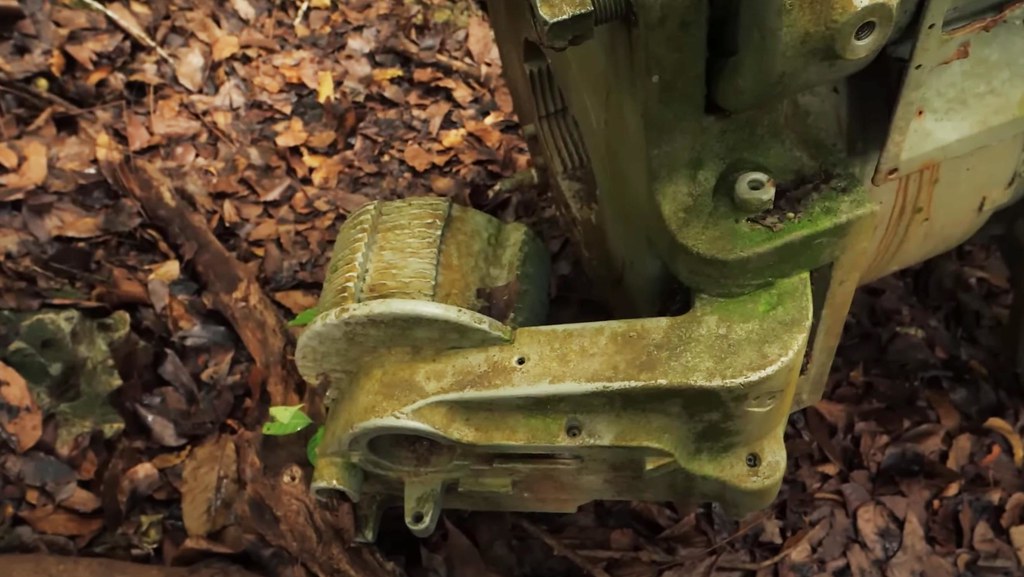 The third canyon is surrounded by vegetation, and almost hidden in the jungle: 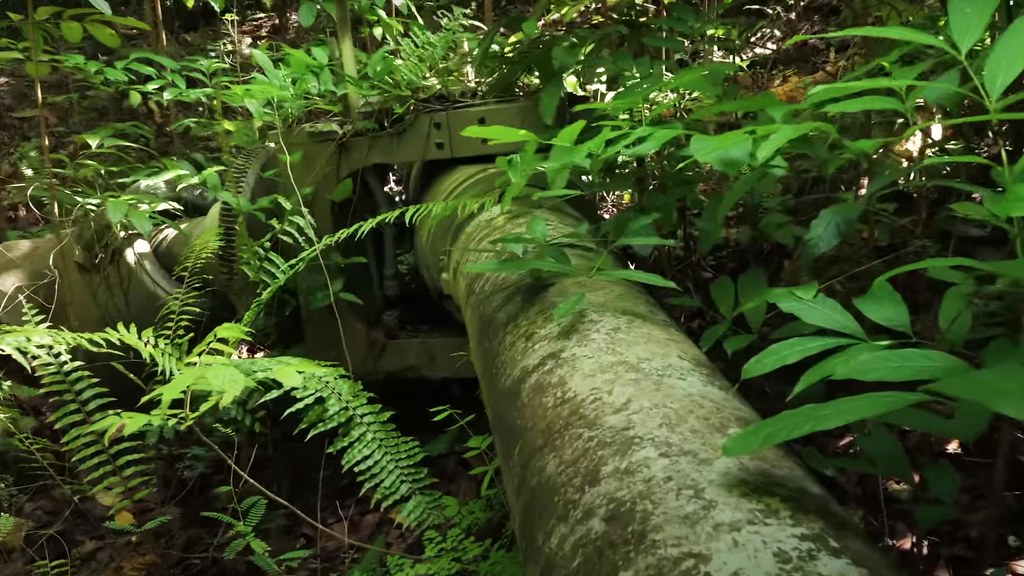