‘Sunt’: A Beautiful Poem by Vieru on Moldova’s Struggle to Free Itself from the Soviet Ballast

Located between Romania and Ukraine, Moldova is a small country -with a surface similar to that of the region of Catalonia- which features a beautiful poem by Grigore Vieru that Jorge Martín sends me.

A brief historical introduction about Moldova

First of all, I would like to place you in the context of the poem. In the fourteenth century the Principality of Moldova was formed, a vassal state of the Grand Duchy of Lithuania. In 1512 the Principality was invaded by the Turks. In 1812, Russia took over the region of Bessarabia, which occupied much of present-day Moldova, incorporating the western part of the Principality into Romania, a country with which Moldovans share culture and language. After the Russian Revolution, in 1918 Bessarabia became independent from Russia and joined Romania. In August 1939 Hitler’s Germany and Stalin’s USSR included Bessarabia in Article III of the secret protocol of the Ribbentrop-Molotov Pact, by which both powers were divided between Poland, Lithuania, Latvia, Estonia, and Finland. Specifically, the pact stipulated that Bessarabia came under Soviet rule. This annexation materialized in June 1940 without Romania resisting, which the kingdom was unable to face a war with the USSR having fallen its main allies: Poland (in 1939) and France (May 1940). The USSR tried to undermine the Romanian culture of the Moldovans, creating a Moldovan Cyrillic alphabet and trying to differentiate the language spoken in Moldova with that spoken in Romania.

Moldova: from freedom to relapse into communism 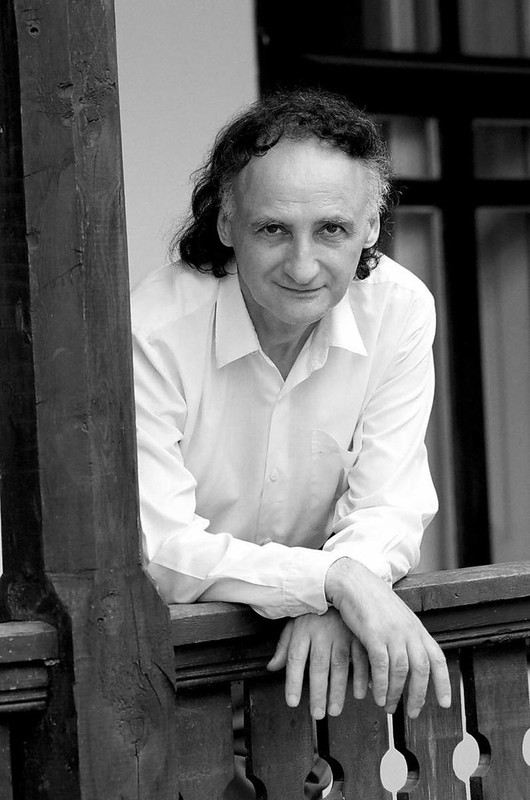 In the summer of 1989 an opposition movement, the Frontul Popular din Moldova (FPM, Popular Front of Moldova), carried out demonstrations to demand that the Romanian language of Moldova be rewritten in Latin characters. The poet Grigore Vieru (in the photo on the right) was among the intellectuals who supported this movement. Another point that the FPM claimed was the recognition by the USSR that Bessarabia had been annexed by virtue of the secret pact with Hitler, a pact that the Soviets had denied for 50 years, until finally in 1989 they recognized the existence of the secret protocol of the Ribbentrop-Molotov Pact (which the allies had already discovered in 1945 when they found the documents abandoned by the Nazis).

After the fall of communism in 1991, Moldova-having already recovered the Latin alphabet and adopted the Romanian flag, adding a coat of arms of its own. However, in 1994 the Moldovans rejected in referendum the proposal of the FPM for the unification between Romania and Moldova. In 1998 the Communist Party of the Republic of Moldova (PCRM) won the legislative elections, thus becoming Moldova the only ex-Soviet republic still dominated by a communist party. The PCRM continued to win the elections, which deteriorated the political situation in Moldova, making it recede in terms of freedoms. In April 2009 a coalition of four opposition parties managed to get five seats more than the communists, initiating a political change that has brought Moldova closer to the European Union and has ended up causing diplomatic tensions with Russia.

Grigore Vieru did not see that political change: he was seriously injured in a car accident in Chisinau on January 16, 2009, dying four days later. His funeral, broadcast on the Teleradio Moldova, was attended by 10,000 people.

The poem that I bring to you, titled “Sunt” (I am), has been translated and interpreted into English by Nicolae Băciut, and shows Vieru’s desire to see Moldova re-emerge in freedom, with its language and Christian traditions, against the communist yoke:

I am the apple tree that rises
With shiny fruit toward the stars,
While down below a leper scratches
Against its trunk his ugly scars.

I am the lovely harplike flower
Which sprang in times of misery.
The humble soul will wonder at it,
The drunkard over it will pee.

I am the holy book whose cover
Is kissed with fervor by the priest,
Whereas its back is smudged and scribbled
By the abject and dastard beast.

I am the honey bee that carries
The yellow pollen through the air.
The Reds who want to chop my winglets
A hammer and a sickle bear.

I am, with luck, the very future
Of this afflicted people who
Is shown the path and how to tread it
By one unseeing mole or two.

I am of those awaiting Freedom,
To praise her publicly one day.
They straighten me with blows of truncheon,
And tell me what I am to say.

I am the bloodstain some have labeled
As the “Republic of Moldova”.
Her executioner reminds her
To smile until the party’s over.

I am this everlasting longing
Which flies across the lonely spheres.
It soars on wings of hope above them
Surmounted by a crown of tears.

I am the river Pruth, that flowing
Amid the sorrow and the pain.
For ever does the sea consume it,
For ever will it spring again.

I am my people’s ardent singing,
That no one can surpress or scare,
Not even if the Russian killers
Set up Siberias everywhere!

I include here the original version in Romanian, which Jorge Martín has also sent me: