The Islamic Republic of Iran has just presented a “new” fighter, the HESA Kosar, whose appearance will be very familiar to any military aviation fan of the Cold War.

The website of the Iranian television channel HispanTV states: “The new Kosar training and combat aircraft was designed and manufactured by local scientists and made its first exhibition flight in Tehran, the Iranian capital.” The news also adds the following: “This aircraft has advanced avionics and fourth-generation fire control systems.” HispanTV also quotes these statements made by Iranian President Hasan Rohani during the presentation of the plane in Tehran: “The US does not dare to attack Iran due to the military power of the Persian country.“ You can see the video of HispanTV here:

In Israel they did not take long to make fun of the “new” Iranian fighter. Ofir Gendelman, spokesman of the Israeli Government, has indicated: “this is a very old American warplane (it was manufactured in the 50s). It’s the kind of F-5 jets that have not been used for decades.” To be exact, the “new” fighter presented by Iran has the same fuselage as the Northrop F-5F Tiger II, the two-seater version of an airplane that was introduced in 1970. These aircraft have almost as many years as the author of these lines. Between the beginning of 1974 and the end of 1976, the regime of Shah of Persia received 166 fighters of this type, including single-seaters F-5E and two-seater training F-5F, replacing the F-5A/B, which were sold to Ethiopia, Greece, Turkey and South Vietnam (it is believed that about 30 F-5A/B sold to South Vietnam and Ethiopia were recovered by Iran in the second half of the 1980s). After the Islamic revolution of 1979 and because of the embargo imposed by the United States on the new regime, Iran had to resort to third countries to even the black market in order to keep these aircraft in an operational state. So, it is an airplane of more than 40 years ago.

It is the fourth time that Iran presents a “new” fighter based on the F-5. 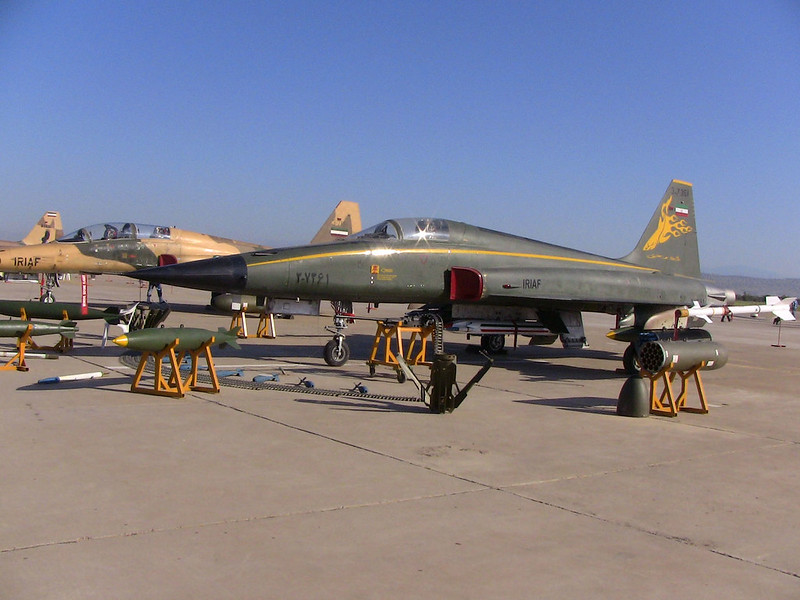 In 1997 Iran announced the HESA Azarakhsh (above these lines, photo of Marjan-Shiva). The only external difference with the F-5E is that its nose was lengthened by 17 cm to house an Iranian-made radar, based on a Soviet model. There is only evidence that six Azarakhsh fighters were built 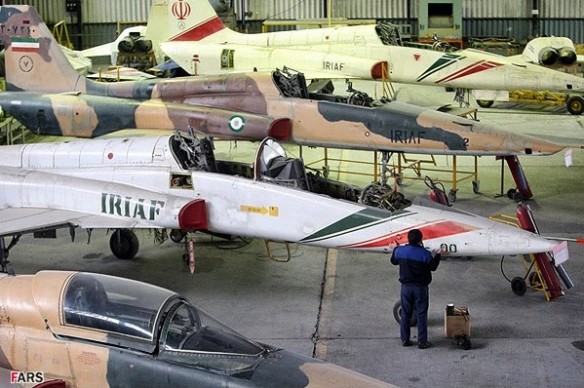 In 1995 Iran launched the Simorgh project (on these lines, a photo of its production line), in order to convert old F-5A fighters and RF-5A reconnaissance aircraft that it still had in its inventory in two-seater training airplanes. The transformation was not easy, having no information from Northrop on the manufacturing process of these aircraft. Iran had to buy parts from other countries and “cannibalize” some of the planes it already had. The Iranian aeronautical company HESA took three years to prepare the first prototype. It is unknown how many airplanes of this type the Iranian Air Force has, although some sources speak of 13 in total. 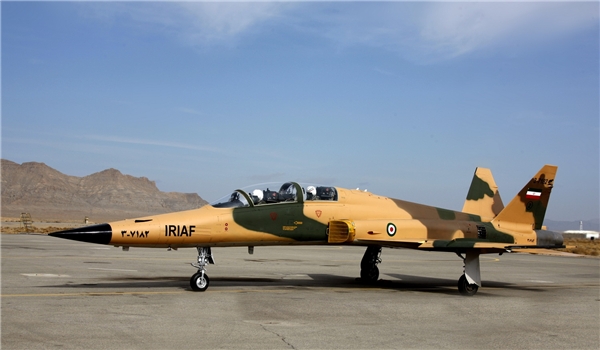 In July 2004 the HESA Saeqeh, another fighter copied from the F-5E, appeared (in fact, it is believed that Iran is limited to transforming the old fighters) with the only difference that the Saeqeh takes two drifts in the tail instead of one. There is only evidence that nine aircraft of this type have been put into service. In 2015, the two-seater version was presented, comically, Iranian Colonel Houshang Monfaredzadeh said that “will be equipped with Fourth generation (and even higher) avionics.”

Iran’s custom of transforming old US aircraft and presenting them as new is not limited to the F-5. In 2002, the HESA Shahed 278 (under these lines) made it first flight, it was an Iranian version of the obsolete Bell 206. Only seven of these helicopters have been built. 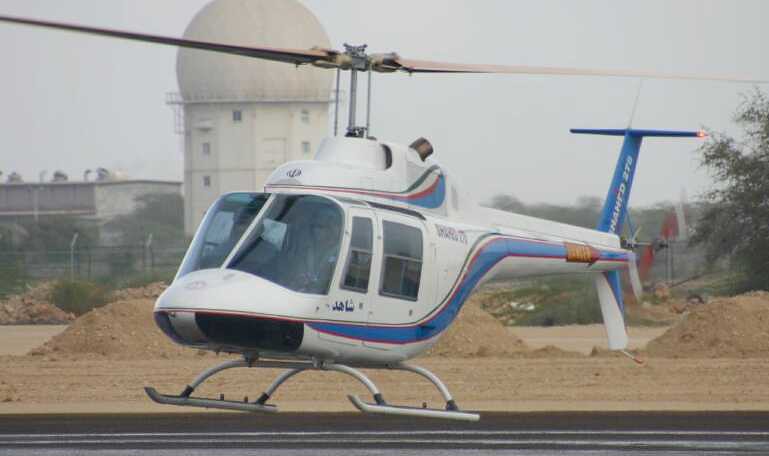 The Bell 206 was also used by Iran to build the HESA Zafar 300 (photo below), a two-seater attack helicopter that looks like it came out of a series of cartoons. It has a mobile machine gun GAU-2B of 7.62 mm installed in the lower part of the cabin, and supports on the sides of the fuselage to attach rocket launchers or machine guns. 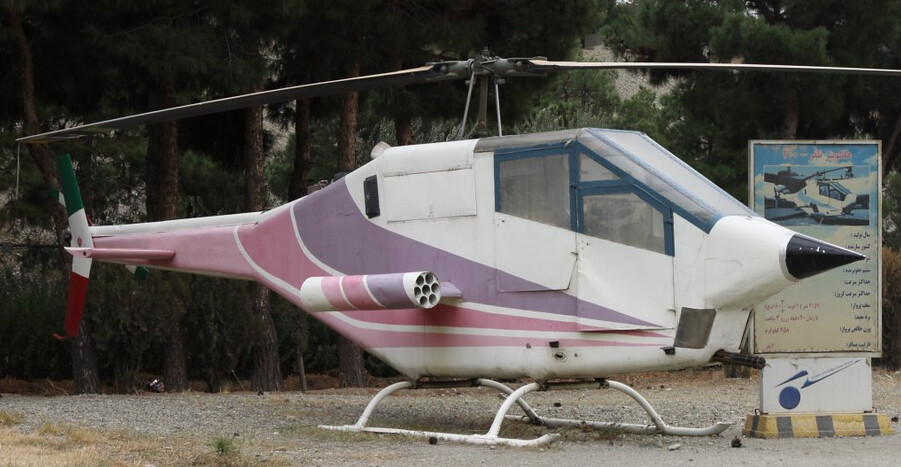 In 2009 another Iranian attack helicopter also built from the Bell 206 made its first flight: the HESA Shahed 285. In this case it is a single-seat helicopter that has been placed in the nose a Russian machine gun PKMT 7.62 mm. 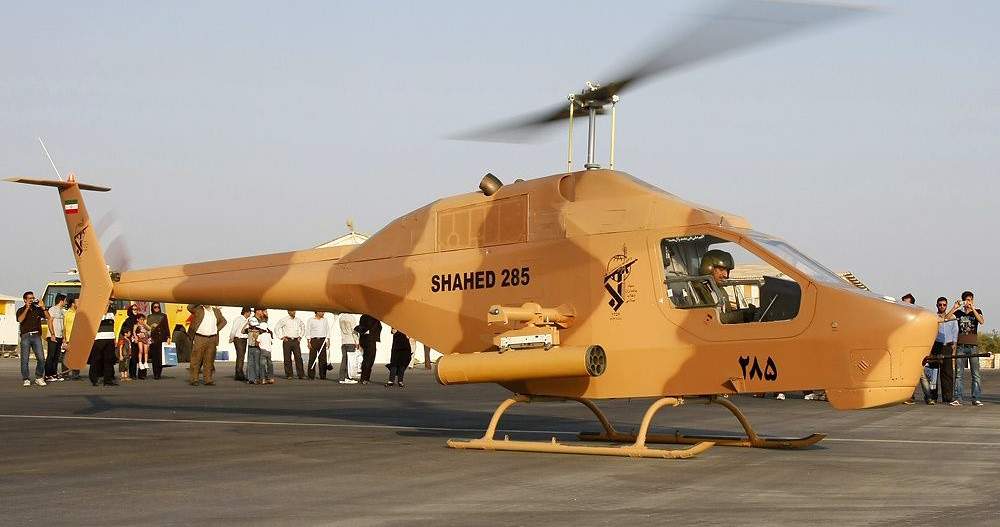 The Spanish ‘Top Gun’: spectacular video of the Spanish Air Force about its fighter pilots

This Thursday “Top Gun: Maverick” premiered, a sequel to the famous 1986 film about the elite of the United States Navy fighter aviators.