Kidnapped by SB agents, the priest was tortured and thrown into a river

Popiełuszko: the torture and murder of the Polish martyr at the hands of communism

On this day, on October 19, 1984, Polish priest Jerzy Popiełuszko, 37, a brave man who supported the struggle for freedom in Poland, was tortured and murdered.

Poland under the communist yoke

As you know, in 1945, at the end of the Second World War, Poland went from being occupied by a totalitarian power, the Hitler’s Germany, to be occupied by another, the Stalin’s USSR. After having been one of the countries that contributed the most soldiers to the Allied side, British and Americans turned their backs on Poland and left it in the hands of the Soviet dictator, who established in the country a communist dictatorship that would function as a simple puppet of the USSR . 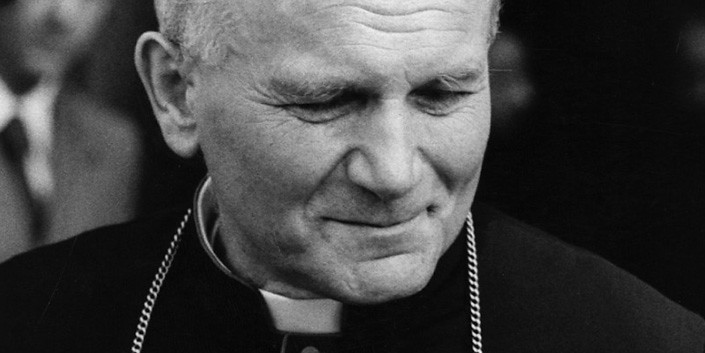 “Do not let yourself be overcome by evil, but overcome evil with good”

On October 16, 1978, an event occurred that gave Poland hope: the election of John Paul II, a Pole, as Pope (we see him in a photo taken in that same year, when he was still Archbishop of Krakow). From Rome, Karol Wojtyła decided to support the struggle of his compatriots for freedom, and especially the activity of the Solidarność union, founded in September 1980 and which opposed the communist dictatorship from the workers’ movement and with the support of the Catholic Church. One of the priests who stood out the most in their support for the union was Jerzy Popiełuszko, who in his homilies had no qualms about denunciations of communist tyranny.

The growing strength of the protests against the communist dictatorship led it to decree on December 13, 1981 the Martial Law, a period of repression that resulted in 56 deaths in a year and a half. Popiełuszko reacted to this law by supporting the persecuted people and appearing in the trials of the arrested people, to express their support, which increased the popularity of this priest. Popiełuszko based his pastoral activity on a quote from Saint Paul: “Do not let yourself be overcome by evil, but overcome evil with good” (Romans 12:21). 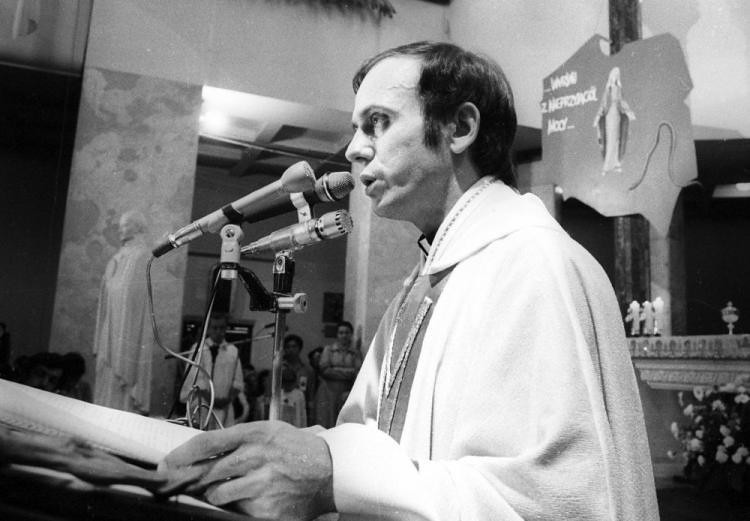 Popiełuszko, watched by the communists dictatorship

The activity of Popiełuszko led him to be watched by the Służby Bezpieczeństwa (SB, Security Service), the political police of the communist dictatorship. The young priest even had up to four agents watching him, among them a priest, Michał Czajkowski, who worked for the SB sending reports on Popiełuszko. In December, Jerzy was called to testify before the Metropolitan Police of Warsaw. They accused him of “abusing freedom of conscience and religion” for launching sermons with political content “defame” the State, attributed to him having used “falsehood, hypocrisy and lies” in his criticism, and even accused him of an attack to human dignity and freedom of thought for making “antistate propaganda detrimental to the interests of the People’s Republic of Poland”. The accusations, which were a mockery of truth and intelligence, could lead the priest to be sentenced to 10 years in prison. Given the inconsistency of the accusations, SB officials inspected the priest’s apartment and rigged evidence against him, claiming that they had found machine gun cartridges, explosives and propaganda. The montage was so absurd that Popiełuszko was released without charge the following day, after a request by Archbishop Bronisław Dąbrowski, secretary general of the Polish Episcopal Conference.

The campaign of defamations and threats against Popiełuszko

After the shameful episode of their attempted imprisonment, the propaganda media of the Communist dictatorship led against Popiełuszko a fierce campaign of attacks, to which were added death threats. Misunderstandings were not limited to the communist ranks. As the Italian journalist Luigi Geninazzi recalls in his book “Red Atlantis: the end of communism in Europe”, Cardinal Józef Glemp, president of the Polish Episcopal Conference, reproached Popiełuszko for putting the relationship between the State and the Church in crisis. The priest wrote in his diary on December 18, 1983: “I found myself face to face with the Primate at the seminary in Warsaw. The cardinal had to write, for my cause, a letter to General Jaruzelski and this must have cost him a lot. But his accusations have made me terribly wrong.” Monsignor Glemp was in favor of distancing Popiełuszko from Poland, but the young priest had the support of John Paul II and decided to remain in his Homeland, despite the risk that his life was running. 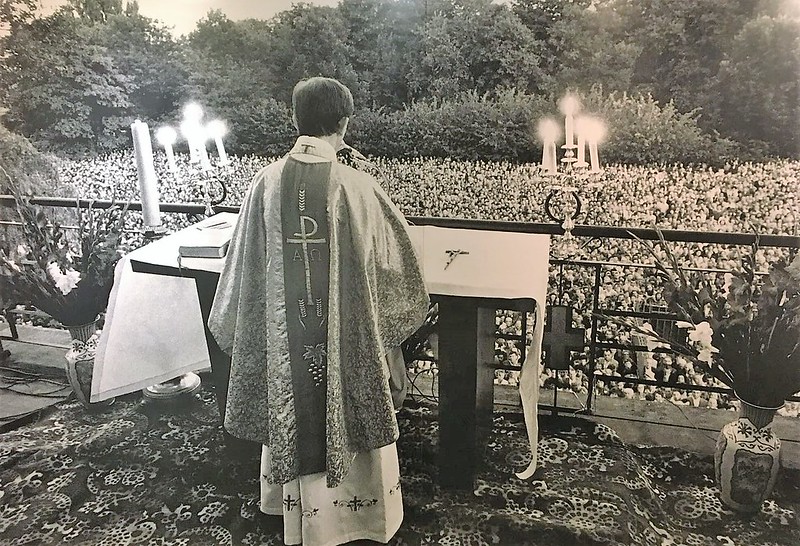 On October 13, 1984, SB agents attempted to cause a traffic accident by throwing a stone at the priest’s car near Gdansk. On October 16, in view of the growing threat that was hovering against Popiełuszko, Monsignor Glemp offered to make a trip to Rome. The priest insisted on staying in Poland. On October 19, Popiełuszko delivered his last public speech, at a mass celebrated in memory of the Polish martyrs of Bydgoszcz, killed in September 1939 by the Nazis. In this discourse he insists on the teaching of St. Paul: “Only this person can conquer evil, who personally is rich in good, who cares about his development and enrichment with values establishing the human dignity of a child of God. To multiply good and conquer evil equals caring about the dignity of a child of God, about his own human dignity.“

Kidnapped, brutally tortured and thrown into the waters of the Vistula

That same day, Popiełuszko returned to Warsaw by car with Waldemar Chrostowski, a former paratrooper, who was behind the wheel. On the road to Toruń, near Górsk, SB agents disguised as traffic police stopped the car and kidnapped Popiełuszko, taking him in the trunk of a vehicle. Chrostowski managed to jump out of the car and run away. Popiełuszko also tried to escape, but his captors stopped the vehicle and beat him unconscious. After torturing him, they threw the priest into the waters of the Vistula River in Włocławek. 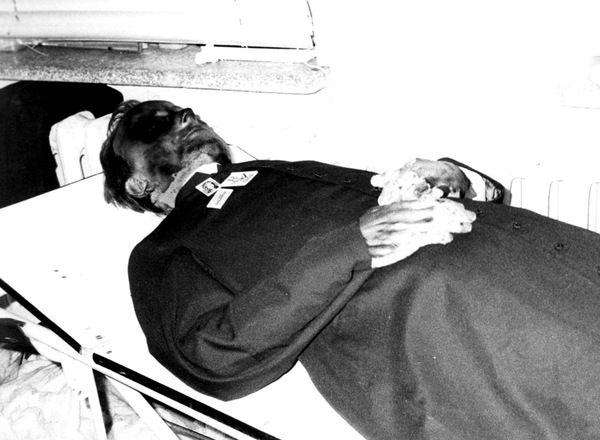 The news of the kidnapping of Popiełuszko was given by Chrostowski, his driver. On October 23, the captain of SB Grzegorz Piotrowski was arrested in connection with the kidnapping. The followers of Popiełuszko maintained for days the hope of finding him alive, until on the 27th Piotrowski confessed that he killed him with his own hands. The priest’s body was found nearby on October 30. Luigi Geninazzi describes the “fierce sadism” with which Popiełuszko was killed:

“The murderers have been taught with brutal violence in a gentle and innocuous person. What remains of the young priest with blond hair and sweet features is a sack of broken bones, with his body swollen, his face black and swollen, his mouth shattered, his skull crushed by blows of a truncheon until the scalp is torn around his front. The neck is marked by a violet furrow because the human beasts dressed as policemen, before throwing the body to the Vistula, had tied a sack of stones to it so that it would not come afloat. The most spooky signal are the hands covered with wounds, typical of those who have tried to cover their faces in a last and desperate attempt to defend themselves.“ 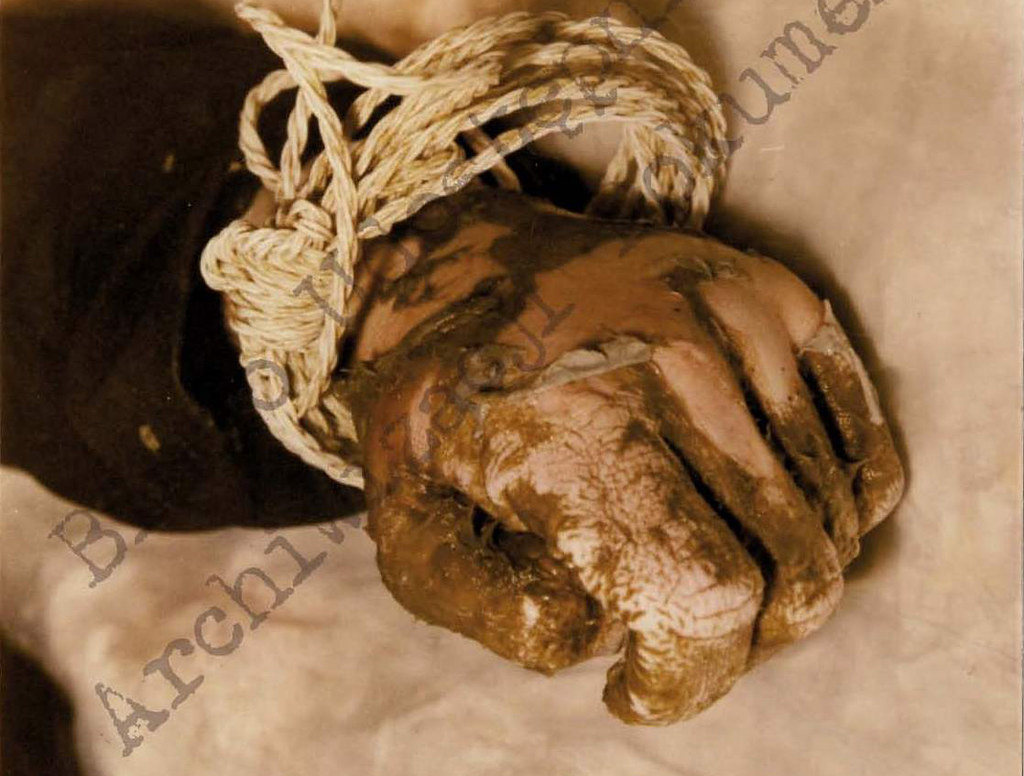 A crime that provoked commotion and outrage in Poland

The publication of the images of the corpse was banned in Poland. Some foreign media debated whether to publish them or not, given how atrocious the images are. The commotion and indignation that led to the murder of the young priest among the Poles resulted in a massive funeral attended by thousands of people (you can see the video below), on November 3, 1984 in Warsaw, funeral that ended up becoming in a massive demonstration. Popiełuszko was buried in the Church of St. Stanislaus of Kostka, in the capital of Poland. The repercussion of the crime is such that for the first time the communist dictatorship is forced to judge four of its officials, the agents of the SB who committed the crime.

The communist dictatorship tried to criminalize the murdered priest

Broadcast on television, the process exposed the sinister activity of the security services of the communist dictatorship. During the trial, the priest’s desperate words to his torturers were known: “Why are you doing this to me? Have mercy!” But even in these conditions, the regime tried to criminalize the victim: “What most unworthy is the singular reversal of the roles: the process that should shed light on the murder becomes an act of accusation against the victim and denigration of the Church,“ Luigi Geninazzi says. “In its request, the Public Ministry assumes incredibly the defense of the accused, insofar as their activities were justified by «serious reasons»: to put an end to the illegal activities of a subversive priest. In short, Popiełuszko had to be punished and the only fault of the police is to have overstepped, exceeding the law.” Finally, two of those involved was sentenced to 14 and 15 years in prison, and the two highest ranking officers to 25 years each. The sentences did not reach full.