Chinese censorship in ‘Top Gun Maverick’: this is how the main character jacket has changed

I recently denounced here that the economic influence of China is threatening to take to the West the censorship of that communist dictatorship. Now we have a new example of this.

The flags of Japan and Taiwan disappear from Maverick’s jacket

This Thursday the first official trailer of “Top Gun Maverick” was published (you can see it by clicking here). It is a continuation of “Top Gun” 1986 movie, with the same main character, Tom Cruise. In fact, in one of the scenes of the video we see him putting on his old G-1 aviator jacket, he even wears the same patches. But there are some striking changes. Look carefully at the enlargement of the image that heads this post: 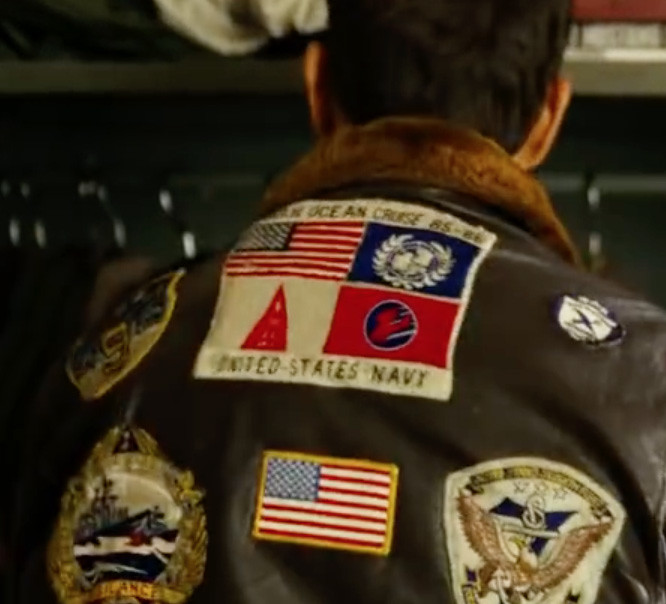 We can see in more detail the jacket in this extension of the official poster of the film: 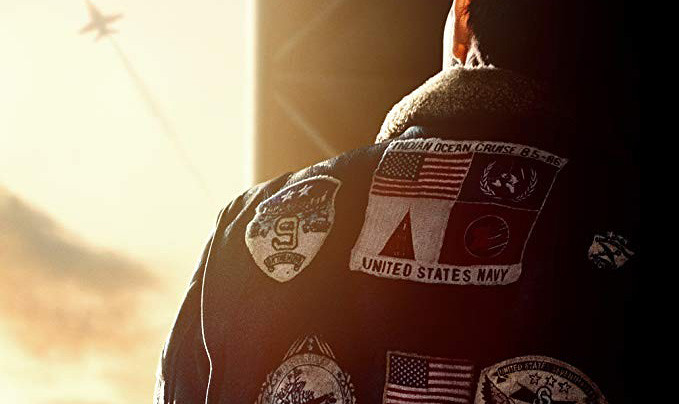 The journalist Mark MacKinnon warned on Friday of the change. This was the look of the 1986 film jacket: 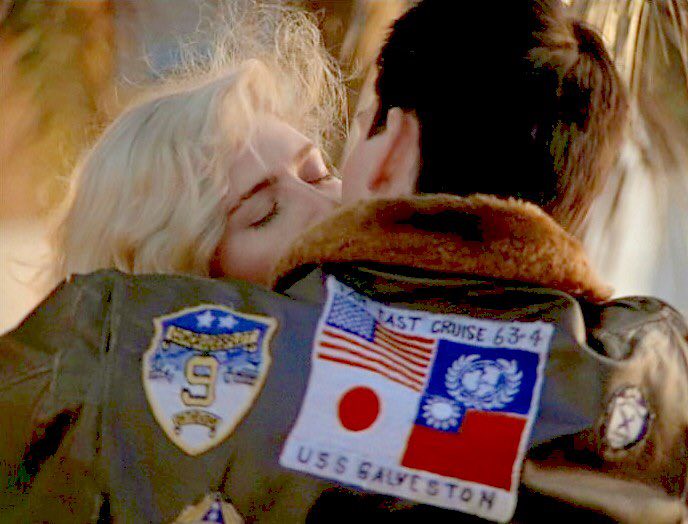 Curiously, the flags of Japan and Taiwan have disappeared from the large rectangular patch. I have located the origin of that patch in an article about col2.com published long ago. The USS Galveston (CLG-3) was a light cruiser of the Cleveland class, launched shortly before the end of World War II and enlisted in the US Navy in 1958. It is assumed that the original jacket would have belonged to Maverick’s father.

The new jacket retains on the right (with slight changes) the patch of the Comcrudesflot 9, the US Navy fleet that had the USS Galveston as flagship, so it follows that it is still the jacket of Maverick’s father. However, the large rectangular patch, in addition to suppressing the two flags, now says “Indian Ocean Cruise 85-86” and below “US Navy”, without indicating the ship. It is supposed to be a reference to the offshore deployment of Maverick in the first film, which was shot in the Indian Ocean. I have not been able to identify the flags or logos that have replaced the flags of Japan and Taiwan.

A Chinese production company, Tencent Pictures, collaborates in this film

MacKinnon has also indicated why the mysterious disappearance of these two national flags of the jacket. What need was there to change the jacket of Maverick’s father? The explanation is that Chinese production company Tencent Pictures has partnered with Paramount in this film. The communist dictatorship has a very clear diplomatic policy: it does not maintain relations with countries that recognize Taiwan. That is why China does not have relations with the Vatican, since the Holy See is one of the few countries that maintains its recognition of Taiwan. For the same reason, the People’s Republic of China (official name of the communist dictatorship) also has no diplomatic relations with Guatemala, Honduras, Nicaragua and Paraguay, since they all recognize the Republic of China (official name of Taiwan). Apparently, Chinese companies are applying to the Chinese veto to Taiwan, even resorting to censorship, as in the case at hand.

The links between Tencent Pictures and the Communist Party of China

In the specific case of Tencent Pictures, that Chinese production company belongs to Tencent Holdings Ltd, according to China Daily. A week ago, Asia Review published a story about the growing submission of Chinese film studios to the Communist Party, which is the only party of the dictatorship. The news pointed the following: “Tech giants such as Baidu, Tencent Holdings, Alibaba Group Holding, JD.com, Huawei Technologies, Xiaomi, Douyu, Didi Chuxing and over 1.58 million other companies have set up internal party committees, although it is unusual for the party to set up shop inside an entertainment company.” In addition, he added: “Attempts by entertainment companies to please the party has especially increased this year. Tencent Pictures launched a campaign on Weibo to coincide with its annual conference in June, celebrating the party’s anniversary and expressing the tech giant’s willingness to be a positive force and lead the industry’s transformation to align with the party’s vision.“

In Taiwan and Japan this case of censorship has already caused some complaints. Yesterday, Taiwan News attributed the case to the censorship of China, stating the following: “The business relationship with the Chinese company no doubt prompted the change in order to ensure the film could be screened in China upon its release. Chinese censors are incredibly sensitive“. This Saturday The Japan Times also echoed this case of censorship. On the disappearance of the Japanese flag from Maverick’s jacket, that medium states: “China and Japan have long had a tumultuous relationship, and though bilateral ties have improved in recent months, the two wartime enemies continue to have grievances over historical and territorial issues.” It also notes that Paramount Pictures and Tencent Pictures have not responded to requests for comments directed from that Japanese media. The question that we should all ask ourselves now is: how many American films are submitting to Chinese censorship or propaganda dictations?