The event was dedicated to the centenary of the Silesian Uprisings

Yesterday, the Polish Army Day was celebrated, which coincided this year with the 99th anniversary of the historic Polish victory in the Battle of Warsaw (1920), the first military defeat of communism.

You can see here the complete video of the parade, published by the YouTube channel of the Polish Catholic radio station Radio Maryja:

I indicate below what you see in the video:

In Poland it is called Wojsko Polskie (Polish Army) to the whole of the Armed Forces of that country, which include the Wojska Lwedowe (Land Forces), the Marynarka Wojenna (Navy), the Siły Powietrzne (Air Force), the Wojska Specjalne (Special Forces) and Wojska Obrony Terytorialnej (Territorial Defense Force, a militia created in 2017). In addition, there is a Military Police, independent of other military forces, called Żandarmeria Wojskowa (ŻW, Military Gendarmerie). 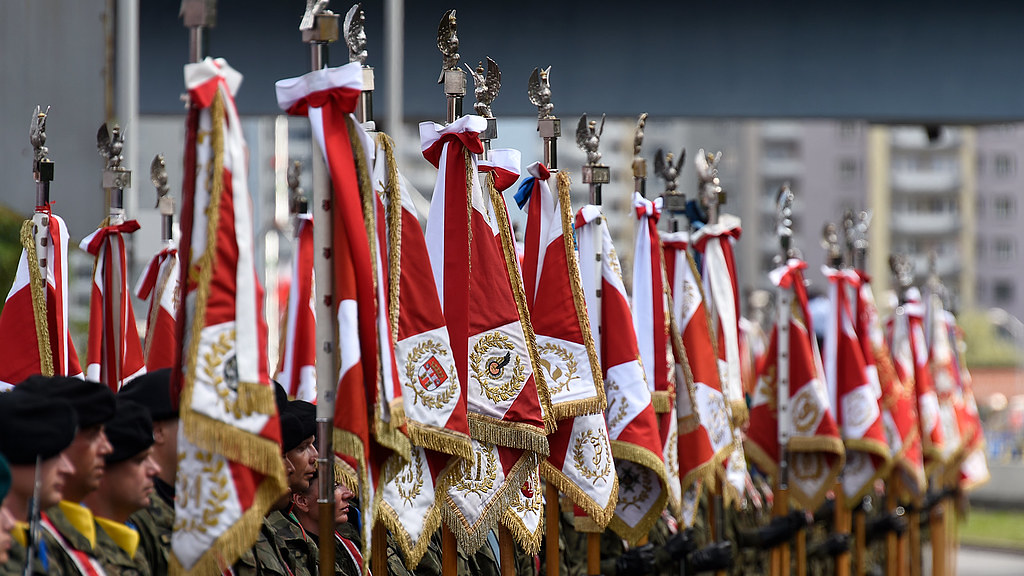 Flags of different units of the Polish Army in the parade yesterday in Katowice (Source: Ministerstwo Obrony Narodowej).

In the parade yesterday, 2,600 soldiers, 180 vehicles and 60 aircraft from all branches of service of the Polish Army and also from several allied countries participated, specifically Croatia, Estonia, Romania, the United Kingdom and the United States. 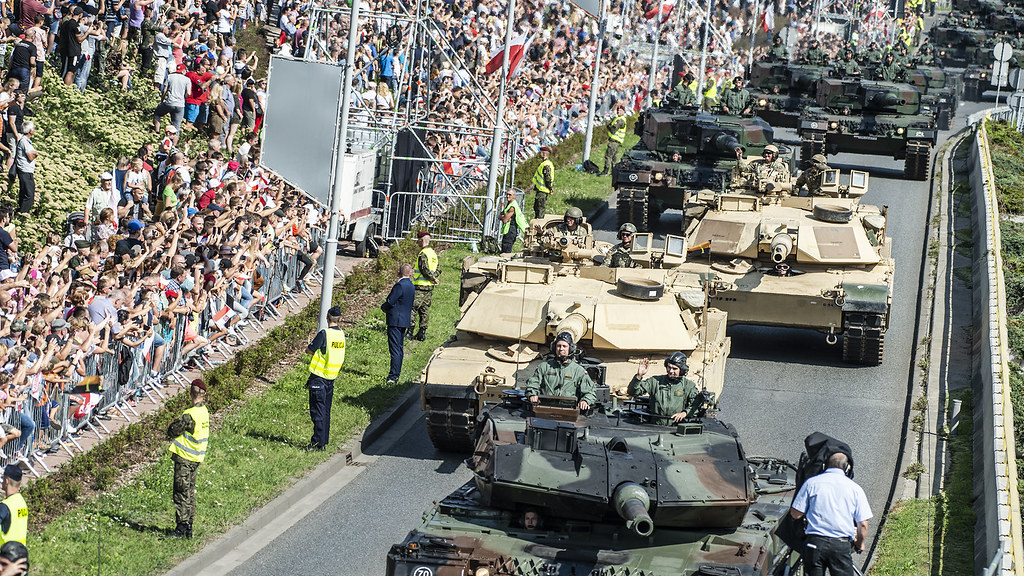 Two M-1A2 Abrams battle tanks of the US Army paraded yesterday between the Leopard 2A5 and the Leopard 2A4 of the Polish Army (Source: Ministerstwo Obrony Narodowej).

A parade commemorating the centenary of the Silesian Uprisings

This year the parade was held in the city of Katowice, capital of Silesian Voivodeship. The election was not accidental: today, August 16, the centenary of the beginning of the Silesian Uprisings is celebrated, starring the Polish population of that territory then in the hands of Germany, with the aim of joining the Republic of Poland. The uprisings ended the partition of Upper Silesia, passing to Poland its western part, of Polish majority. Those facts are remembered in Poland as part of the recovery of their national independence and as a sign of fidelity of the Silesian Poles to their Homeland, that’s why this year’s parade motto has been “Wierni Polsce” (Loyal to Poland). The events have been held next to the Monument to the Silesian Insurgents. 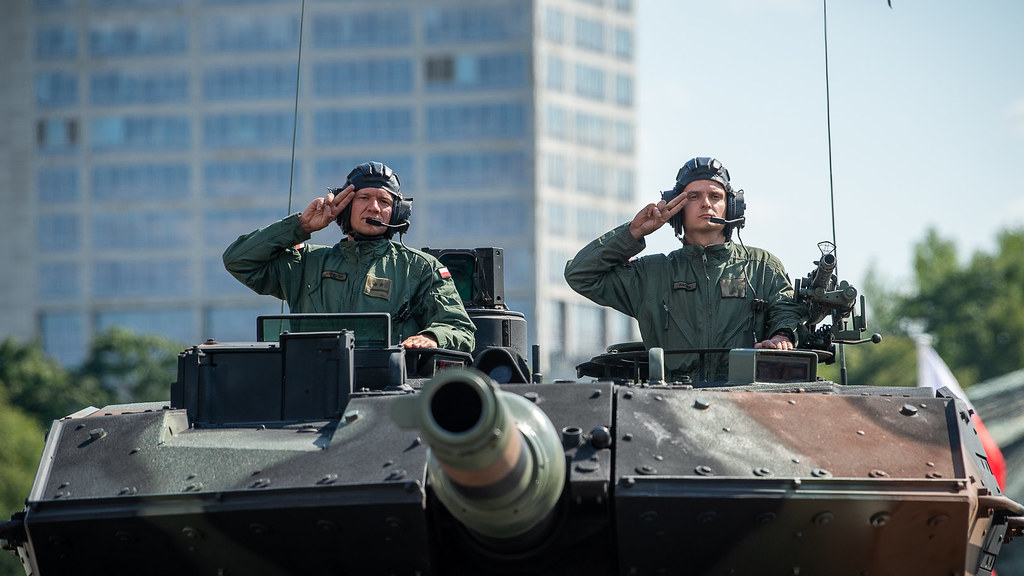 As a curiosity, a PT-91 tank (the Polish version of the Soviet car T-72) participated in the parade with a curious decoration (it appears in the second 1:28:32 of the video). In its right half the vehicle carried a gray painting commemorating the Silesian Uprisings of 1919-1921. The left part of the car was commemorating the defense of Poland against the German invasion of 1939 (September 1 will be 80 years old), and showed the camouflage worn by Polish tanks at that time. 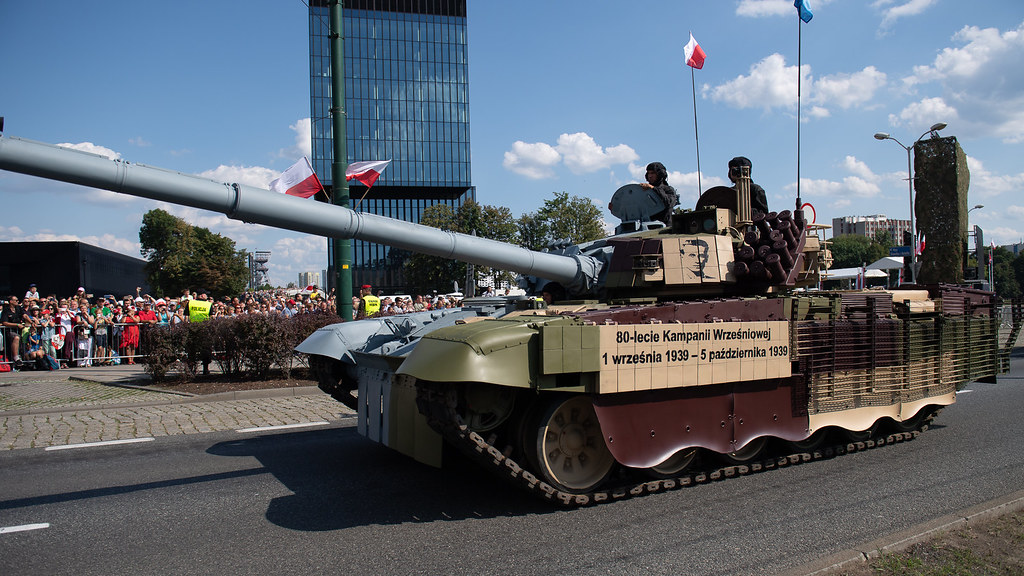 The PT-91 painted in two parts, for the centenary of the Silesian Uprisings, on its right side, and for the 80th anniversary of the defense of Poland in 1939 against the German invasion (Source: Ministerstwo Obrony Narodowej).
Share this post!
Compartir152
Twittear
WhatsApp
Flip
Compartir
Email
Other posts that speak of:
Defense
Andrzej Duda  Katowice  Leopard 2  M1 Abrams  Mariusz Błaszczak  Mateusz Morawiecki  Poland  Polish Army  Polish–Soviet War  PT-91  Silesian Uprisings  Team Iskry