Each year it puts 1,100 crosses on a beach by the shipwrecks of the Great Armada

On September 26, 1588, three ships of the Spanish Armada – called “Invincible Armada” by English propaganda – were shipwrecked in Ireland at Streedagh Beach, in the county of Sligo.

An annual tribute in which a Spanish Navy ship participates

The ships that sank there were Lavia, Juliana and Santa María de Visón. They carried on board 1,100 crew members, but there were only a hundred survivors, who were saved thanks to the help of the Irish Catholics, who had put their hope of freedom in that Spanish military initiative. Year after year, in the village of Grange, located in the aforementioned Irish county, pays tribute to those Spanish sailors. As I told you here last year, Grange even has a museum dedicated to the Spanish Armada. At the end of September, that small Irish town celebrates the so-called “Remembering the Armada Festival”. For a few years now a Spanish Navy ship usually travels to the port of Killybegs to participate in the events. This year the Patrol Boat “Centinela” P-72, of the Serviola class, has arrived on the Irish coast. She is already known in that place, because she was in 2016 in Grange to participate in this tribute. 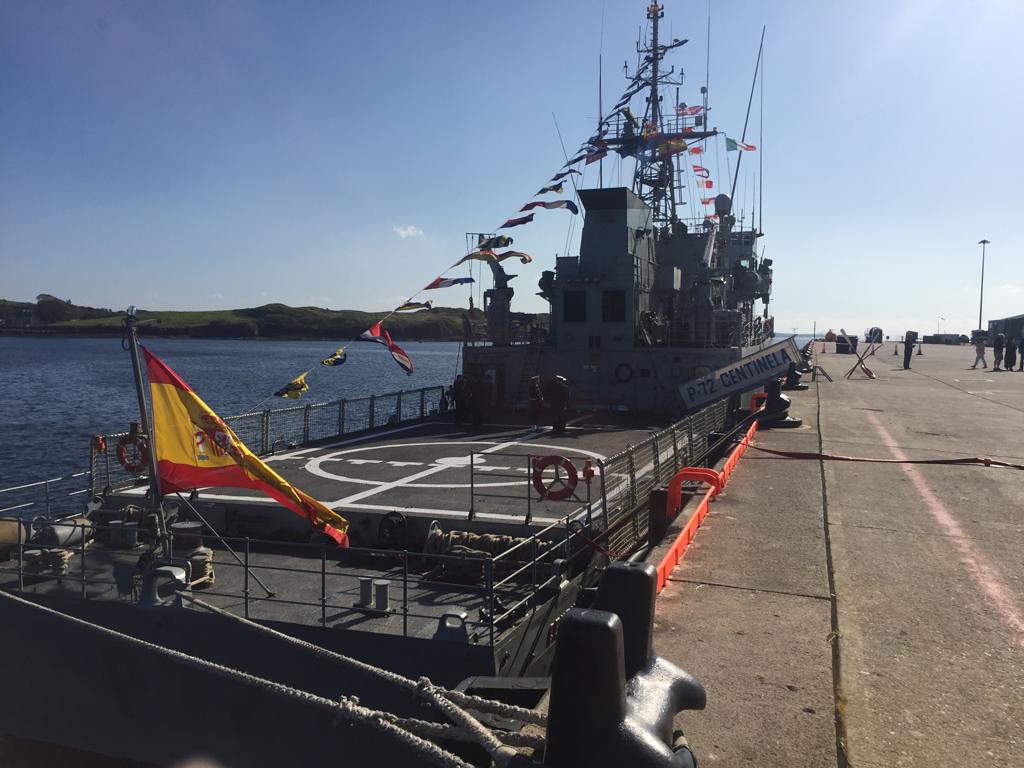 Like other years, upon arrival at Dónegal Bay a few days ago, the “Centinela” raised the flag that the ships of the Spanish Armada -red, white and yellow- trembled: 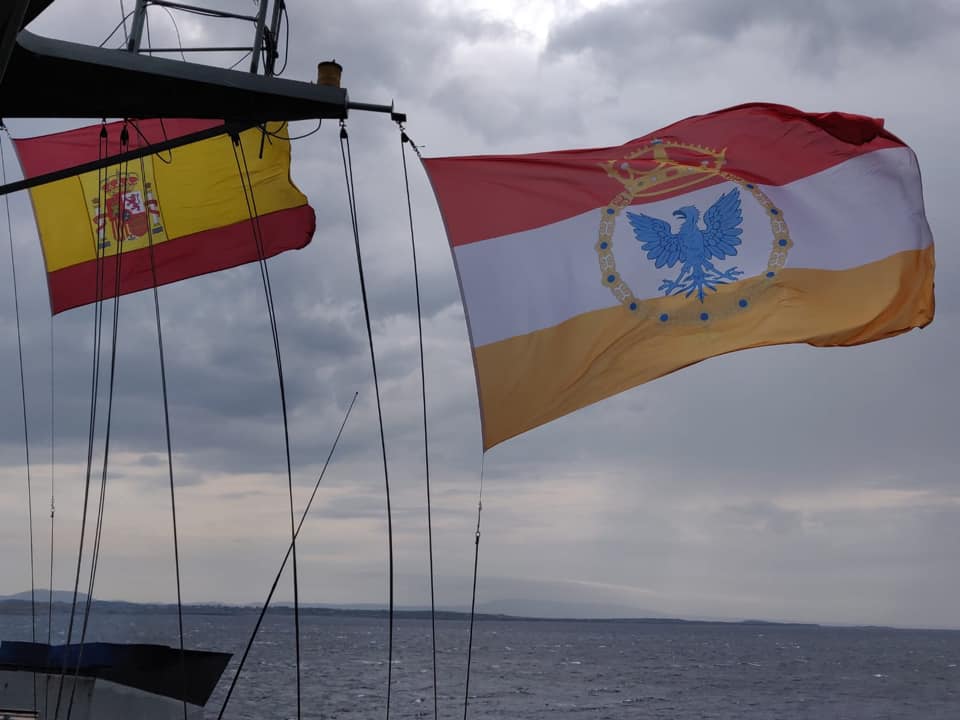 A tribute to the compatriots who were shipwrecked on those Irish coasts was made aboard the Spanish Patrol Boat: 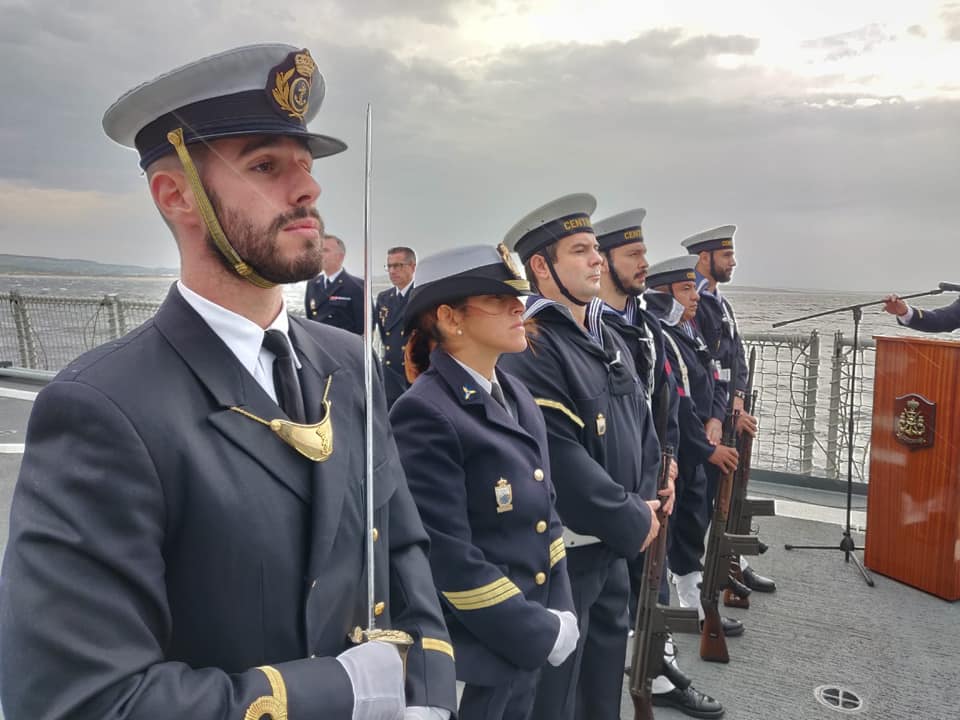 Already on the mainland, the “Centinela” crew has had a warm welcome in Sligo, the flag of the Burgundy Cross including: 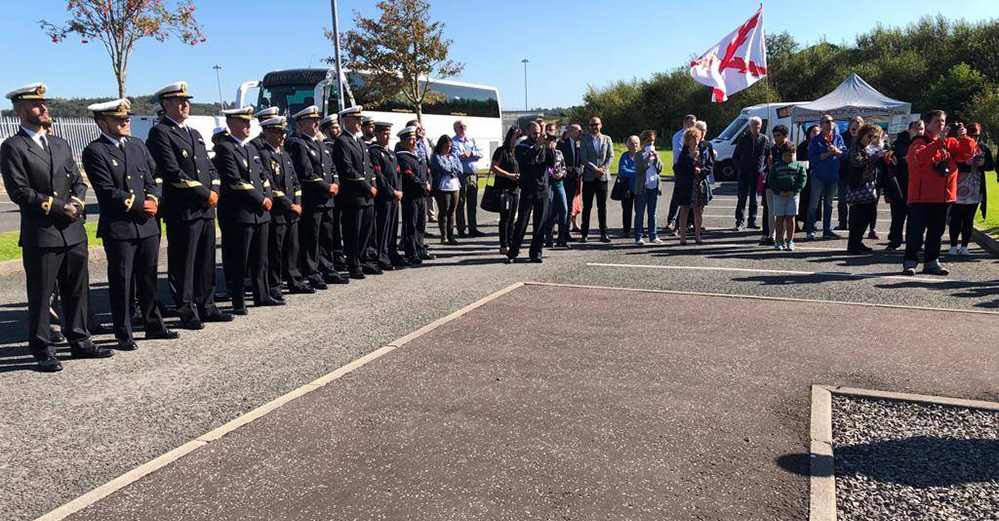 Irish civilians and Spanish sailors have shared an act of homage to the tombstone reminiscent of the shipwrecks of the Spanish Armada: 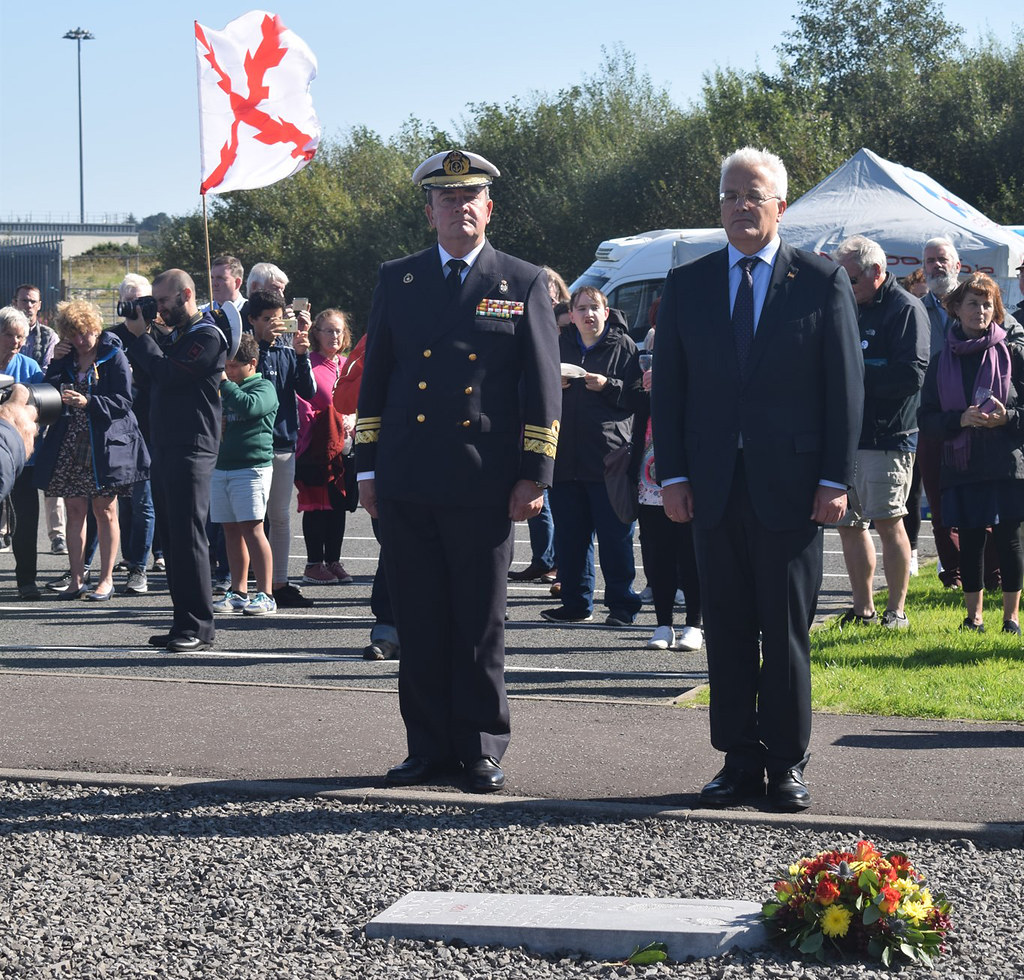 To verify the involvement of the people of the county of Sligo with this celebration and with the memory of the Spanish sailors, it is enough to point out that in Grange two great murals have been painted this year remembering the Spanish Armada, as you can see in the following video:

In addition, they have illuminated the Church of Mary Immaculate of Grange with the colors of the Flag of Spain, as this photo shows published by the Facebook page Spanish Armada Ireland: 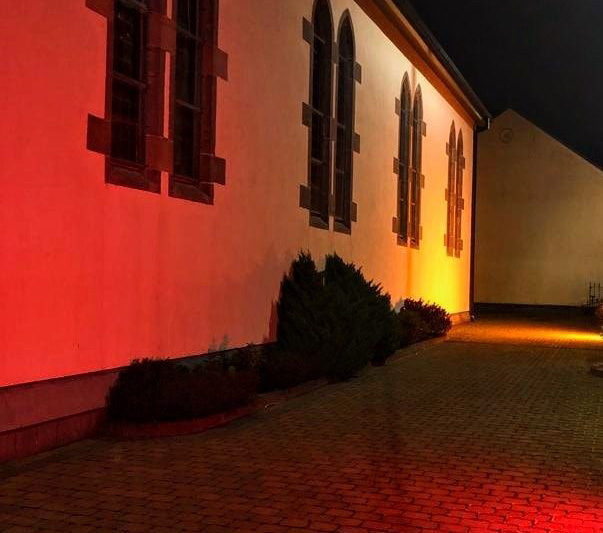 In addition, and like other years, the pastor, Fr. Christy McHugh, has raised the Flag of Spain with the Church: 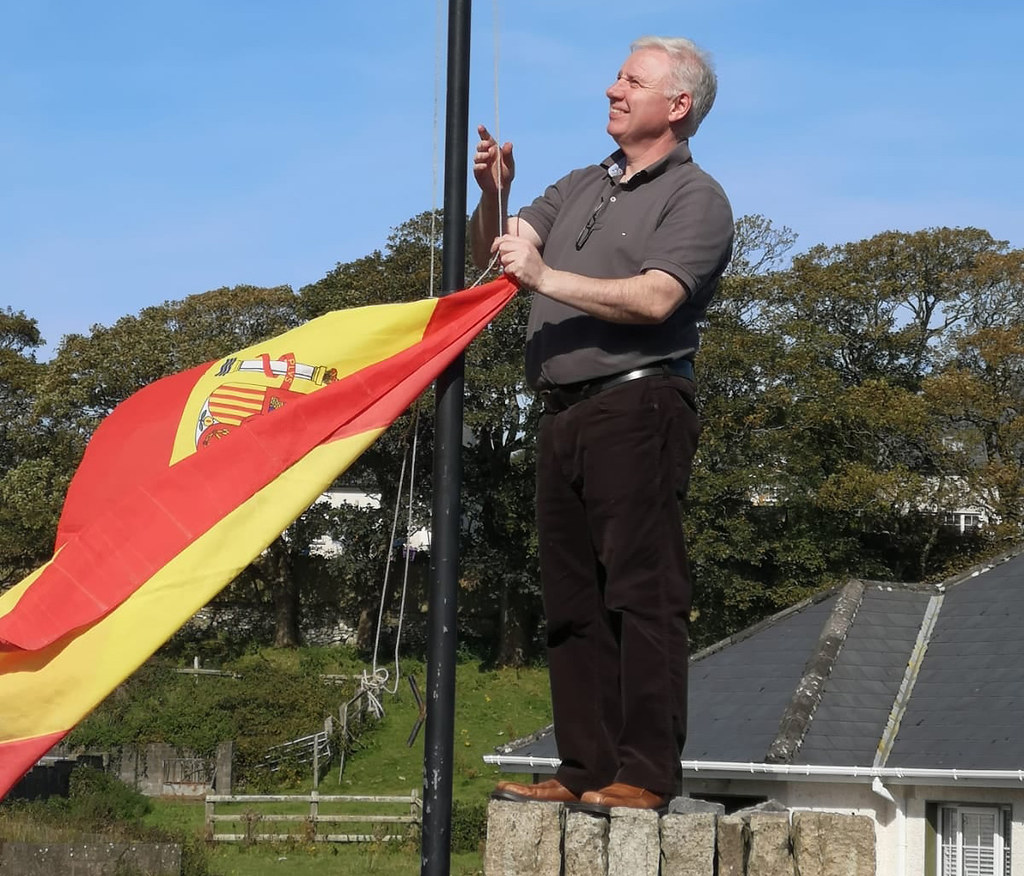 The wave of Spanishity that runs through this beautiful place in Ireland also includes more Flags of Spain in the streets:

And in addition to flags, also morions (atention to this young Irishman; it would be said that he is preparing to conquer Flanders without help): 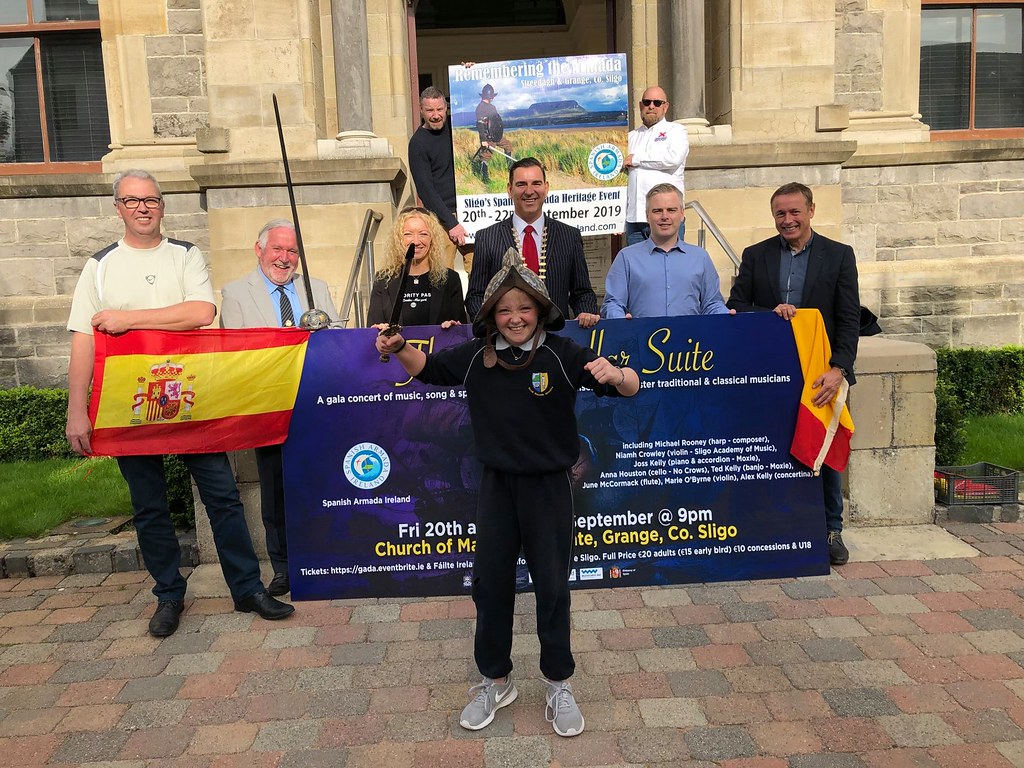 1,100 crosses planted in memory of the Spanish shipwrecked

But without a doubt, one of the most emotional details is that the inhabitants of Sligo plant 1,100 crosses every year at Streedagh Beach, in memory of each of the Spaniards who were shipwrecked there: 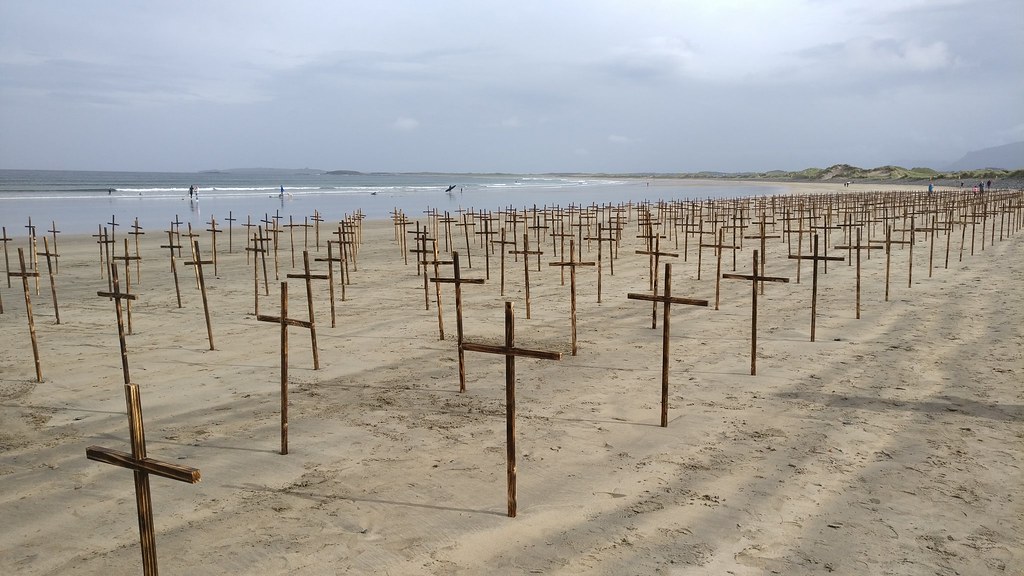 This year, as @vicpiedra explained yesterday, a lot of Spaniards have traveled to Sligo to participate in this tribute. The Spanish ambassador, Ildefonso Castro, and a good representation of the Knights and Ladies of the Order of the Spanish Layer of Valencia: 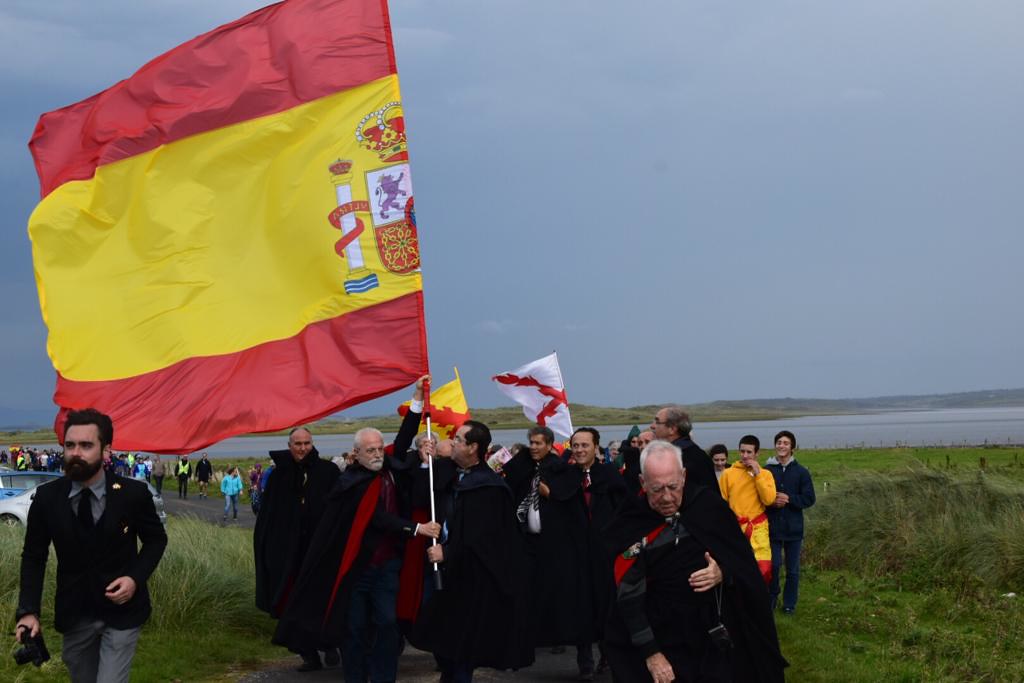 As I have told you in other years, one of the most beautiful moments of this tribute is the Twilight Parade: hundreds of Sligo residents walk to Streedagh Beach, in front of which those shipwrecks occurred. This year veterans of the Irish Naval Service participated. As usual on these coasts, the wind has been noted: 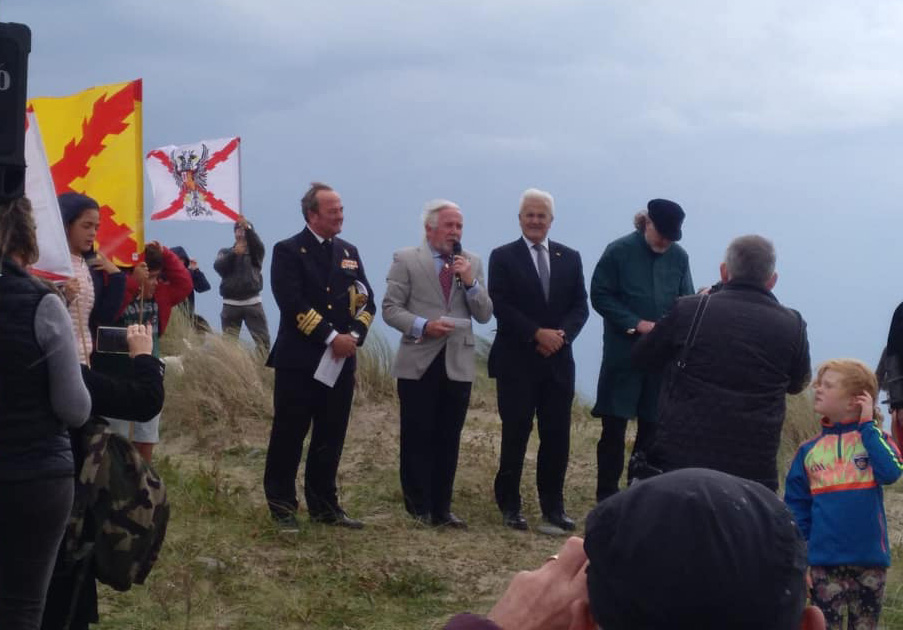 The act in memory of the Spanish shipwrecked has ended in a very lively way, with Spaniards and Irish singing the “Y viva España” by Manolo Escobar.

The end of the Commemoration Ceremony remembering the 1,100 soldiers and sailors, at the Spanish Armada Memorial in Streedagh with Spanish and Irish Navy veterans in full voice! @EmbEspIrlanda @Armada_esp@defenceforces #VivaEspaña #SpanishArmada #Streedagh #Spain #Sligo #Ireland pic.twitter.com/UzOkrou7NW

It is impossible not to get excited at this gesture of the inhabitants of Grange. Thank you very much, from the bottom of my heart, to these Irish people for their tribute year after year to the shipwrecks of the Spanish Armada.