The pact signed by the Socialists with the far-left to govern Spain and the entry of communist ministers into the Government of Pedro Sánchez continues to give rise to controversies.

A detail of this photo has attracted the attention of some Twitter users: one of those attending the committee was wearing a shirt with a portrait of the Soviet dictator and genocidal Stalin: 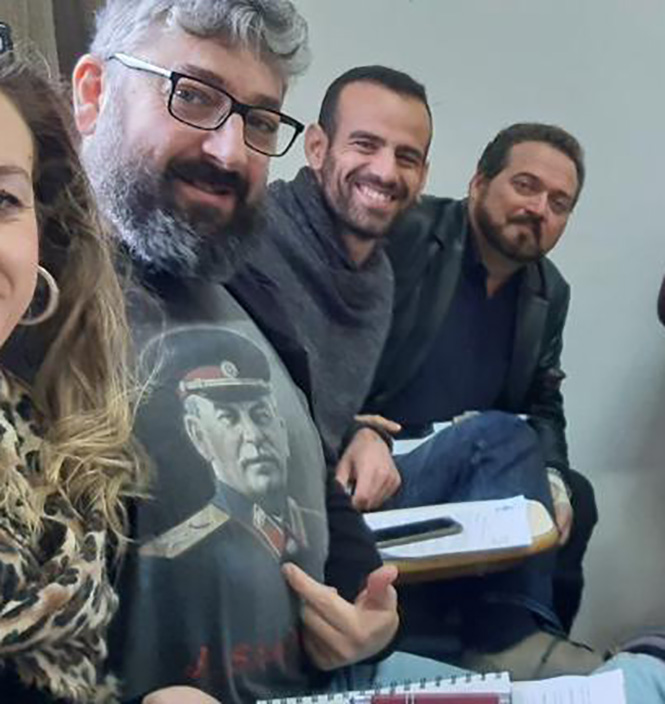 The guy who wears the shirt with Stalin’s face is José Antonio Martínez Conde. On the PCA website, he appears as head of regions in the provincial secretariat of that party in Seville, and it is indicated that “he is the political secretary of the PCA Group of Cerro Amate and has several responsibilities within the PCA at different levels.”

In addition, on the website of Izquierda Unida (United Left, the electoral mark of the PCE) in Seville, Martínez Conde is listed as “IU spokesperson at the JMD Cerro Amate” (refers to the Municipal District Board of Cerro Amate). In addition, he was a member of the candidacy of the Adelante Sevilla coalition (formed by IU and Podemos) in the 2019 local elections, being the number 11 on the list. In the photo and with a smiling face, Miguel Ángel Bustamante Martín, who was a national deputy of Unidas Podemos (coalition of Podemos and IU) in the previous legislature, sits on his left. We must remember the Unidas Podemos coalition is a signatory of the Government pact signed by the PSOE on December 30, 2019, and under the logo of Unidas Podemos is the logo of Izquierda Unida (IU), party of which Martínez Conde is a leader. Currently, IU has two ministers in the Government of Spain: the communists Alberto Garzón and Yolanda Díaz, both also members of the PCE, the party in which Martínez Conde militates. 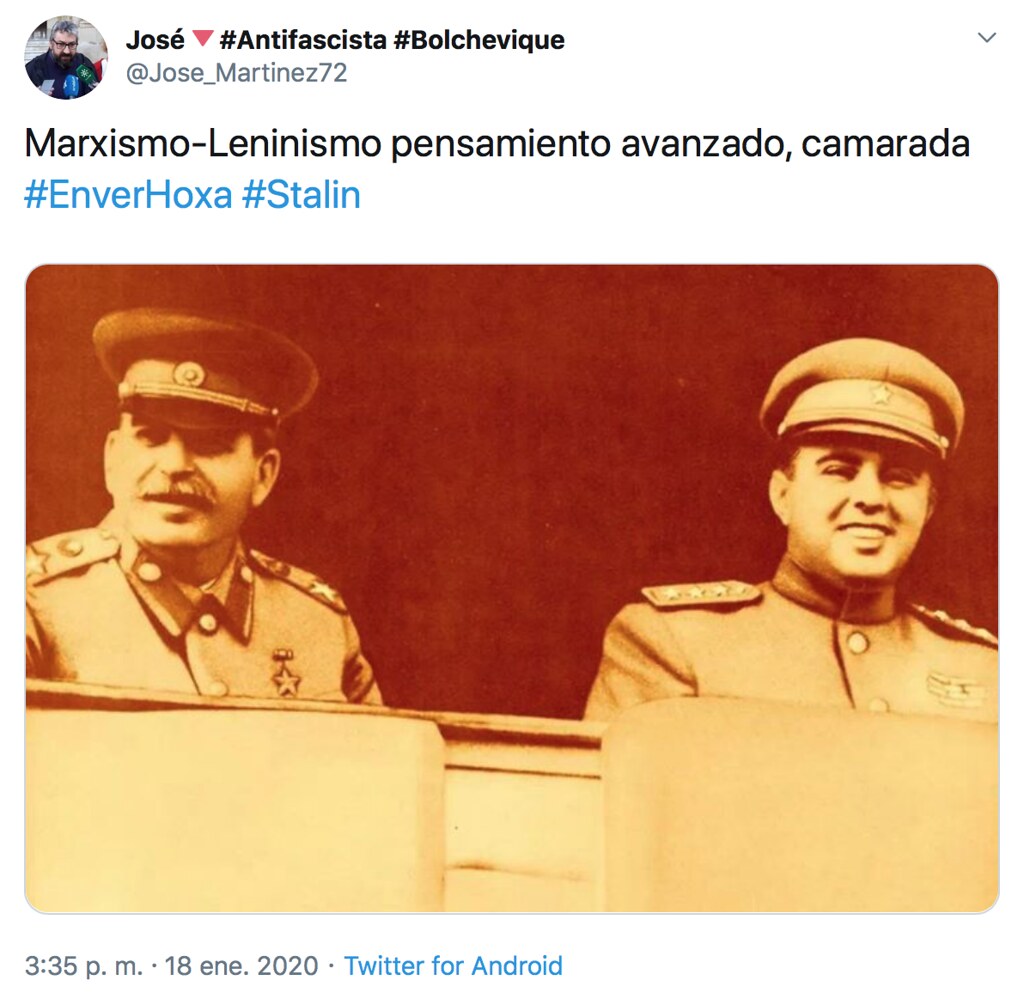 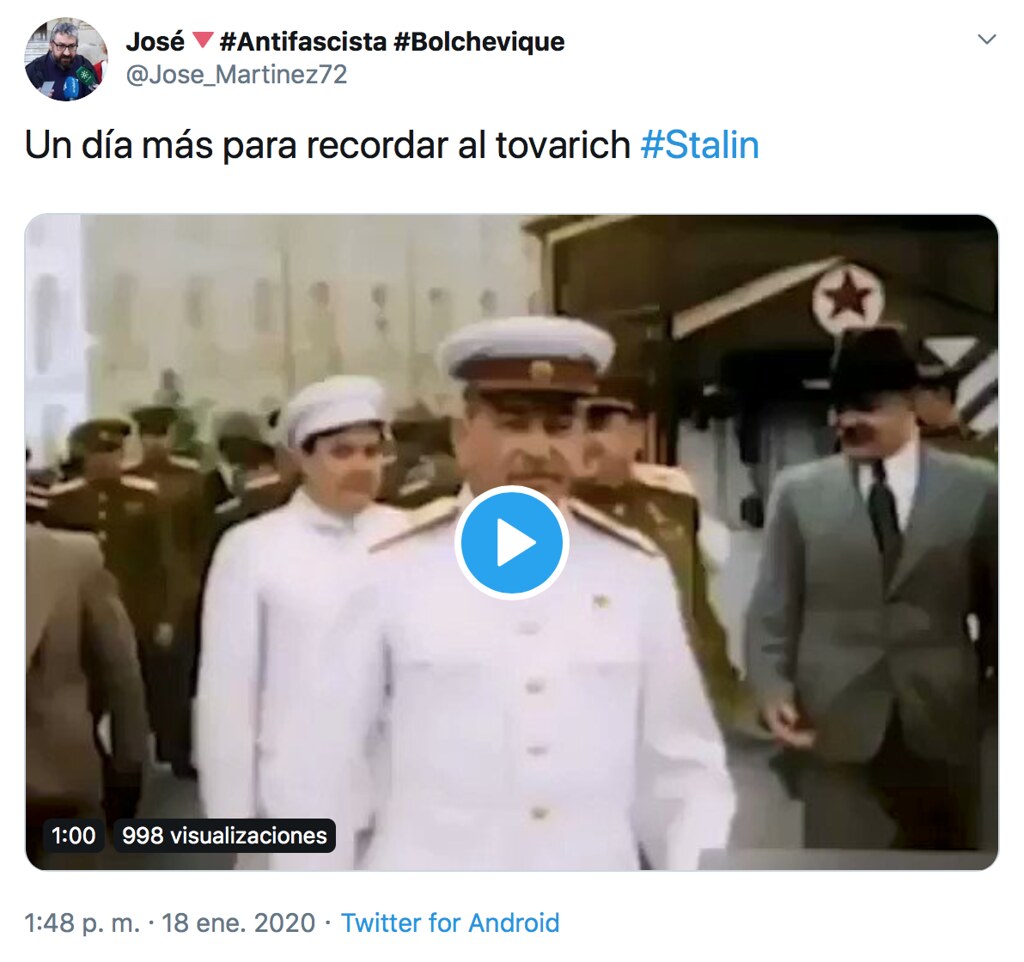 In December, Martínez Conde photographed himself showing Stalin’s bust on the computer in his office: 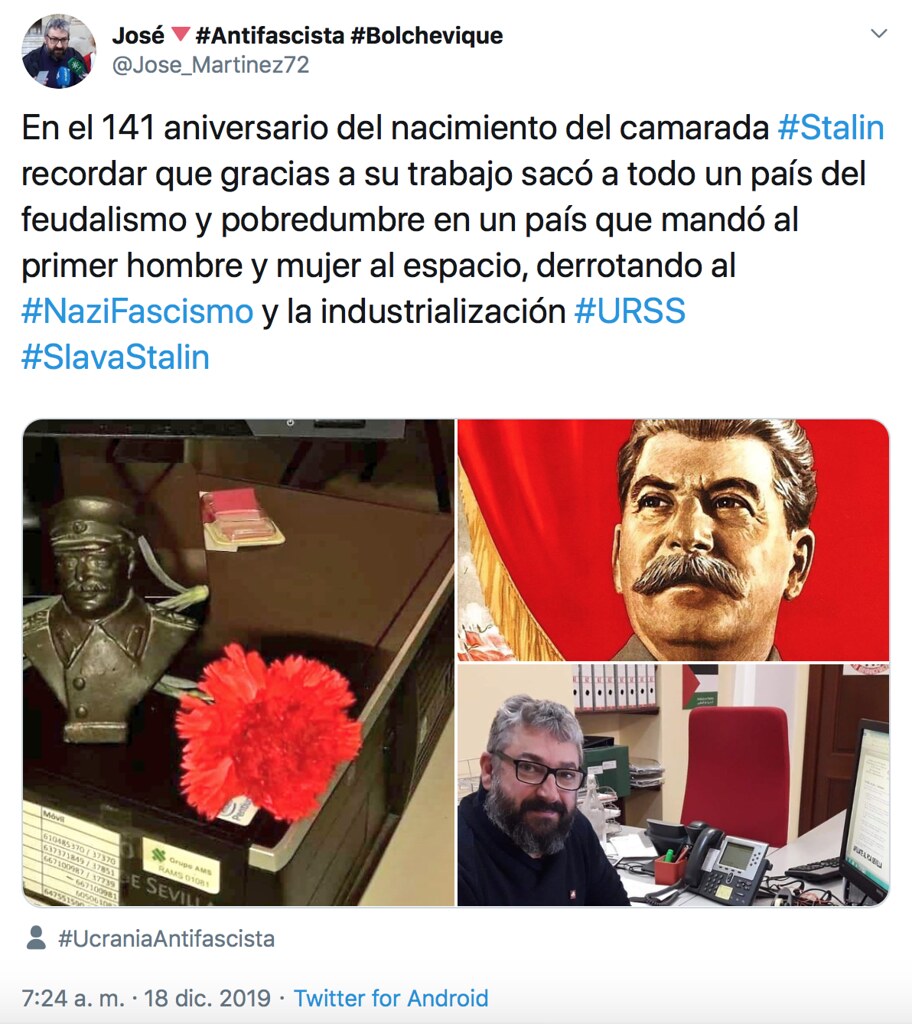 The crimes of Stalin, one of the greatest genocidals in history

On September 23, 2008, the European Parliament declared August 23 as the European Day of Commemoration of the Victims of Stalinism and Nazism, stating that “the mass deportations, murders and enslavements committed in the context of the acts of aggression by Stalinism and Nazism fall into the category of war crimes and crimes against humanity.” In addition, in September 2019, the European Parliament passed a resolution condemning “all manifestations and propagation of totalitarian ideologies, such as Nazism and Stalinism”, and criticizing that Russia’s political elite continue “to whitewash communist crimes and glorify the Soviet totalitarian regime.” Remember that Stalin was one of the greatest genocidals in history, responsible for the deaths of millions of people. Mass crimes such as the following occurred during his term:

Article 510 of the Spanish Criminal Code punishes with “prison sentence of one to four years and a fine of six to twelve months” who publicly “denies, severely trivializes or exalts the crimes of genocide, against humanity or against persons and property protected in case of armed conflict, or exalt their authors.” Given this, it is worth asking: will the Prosecutor’s Office apply the law to sanction that apology of a genocidal by a leader of the party of two ministers of Spain? On the other hand, will the socialist Pedro Sánchez and his party, the PSOE, condemn this apology of a murderous dictator from the ranks of his far-left partners? Having put two communists in the Government of Spain was already a shame for our country. That now the party to which two ministers belong tolerate the apology of a genocidal is something that should cause the same scandal as if the one in the photo had exhibited a shirt with the face of Adolf Hitler, because Stalin was as murderous as his ally in the invasion of Poland.

+ UPDATED 21.1.2020 7:26 am: Martínez Conde has hidden his Twitter account. Fortunately I made captures of all his tweets. In addition, in each capture I linked the capture I made of each tweet with archive.ph to prove its authenticity.

+ UPDATED 21.1.2020 9:33 pm: The French magazine Présent has echoed this information from Counting Stars, mentioning this blog.