Our political class claims to be very concerned about the environment, but when it comes down to it, they demonstrate that this is not the case.

A meeting with Pedro Sánchez at the Torrejón Air Base

Today the president of the Spanish government, Pedro Sánchez, met at the Torrejón Air Base in Madrid with the president of the European Commission, Ursula von der Leyen, and with the president of the European Council, Charles Michel, an act that was also attended by the high representative of the EU for Foreign Affairs, Josep Borrell. The objective of the event was the offer by Sánchez of the Torrejón Base as a reception point for all Afghan refugees hosted by the European Union, something in itself controversial. But there is a fact of this meeting even more astonishing and that no media has published. A Twitter user, @ciclbh has denounced what happened offering detailed information about the event.

This afternoon, @ciclbh posted a message showing screenshots from the FlightRadar24 website showing that Von der Leyen and Michel flew from Brussels to Torrejón in two different planes.

The two business jets belong to the same company

Michel arrived in a private Dassault Falcon 7X with Belgian registration OO-LAH. Von der Leyen traveled in a private Dassault Falcon 2000EX with Belgian registration OO-GHE. The curious circumstance occurs that the two planes belong to the same company: Abelag Aviation, a Belgian company that has 18 executive transport planes. The Twitter user @ciclbh has published these photos taken by the Efe agency that show Von der Leyen and Michel descending from the respective planes: 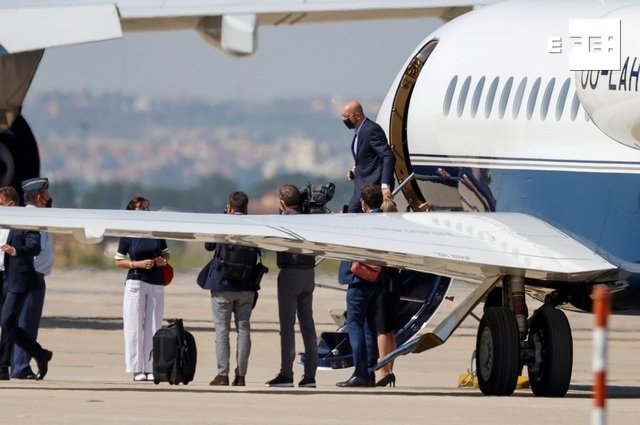 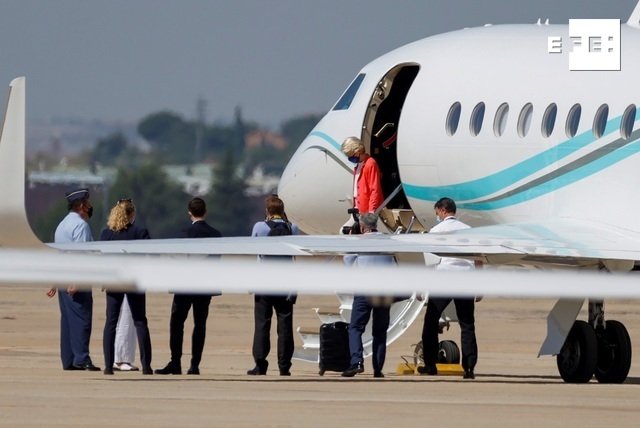 Those attending the meeting had three different commercial flights

On the other hand, and as @ciclbh has pointed out, the EU leaders who attended that meeting this morning had three different regular flights to travel from Brussels to Madrid: one from Brussels Airlines, one from Ryanair and one from Iberia. So how do they explain that they waste money on two private jets, thus helping to pollute even more?

It is immoral that our leaders are making life more and more expensive for ordinary citizens with the excuse of fighting climate change, and at the same time they are dedicated to squandering public money, chartering two private planes to bring two people to the same meeting, with the same origin and the same destination. If they do not lead by example, by what right do they ask others for sacrifices?