It was the one who received the famous response of "Russian warship, fuck you!"

Hard blow to Russia: it loses the Moskva cruiser, the flagship of its Black Sea fleet

Russia has suffered this Wednesday the hardest blow to its Navy since the invasion of Ukraine began on February 24: the loss of a missile cruiser.

At 22:14 CET, the Ukrainian media InfoResist published a news story stating that the Ukrainian Armed Forces attacked the Russian missile cruiser “Moskva”, the flagship of its Black Sea fleet. The information cites Serg Marco as a source, who at 19:42 CET posted the following on his Facebook profile: “The Moskva cruiser has just been hit by two Neptun missiles”, adding that the ship “is on fire”. 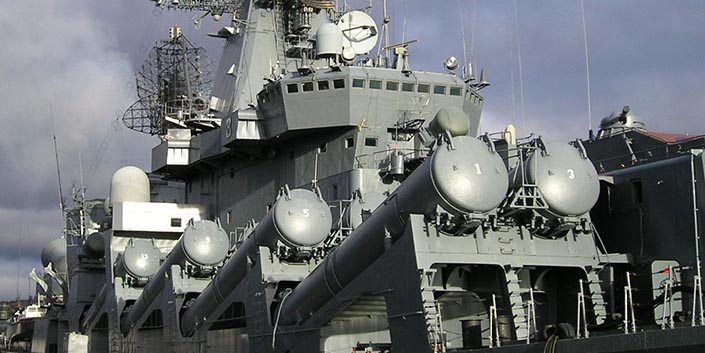 The R-360 Neptun is a subsonic anti-ship missile used by Ukraine. It was developed in 2014, based on the Soviet Zvezda Kh-35 anti-ship missile. It has a 150 kg warhead and it was estimated that it could destroy ships of up to 5,000 tons of displacement. The “Moskva” exceeds 12,000. The Neptun can be fired from a ship, from a ground vehicle and from an aircraft. In 2019, Ukraine announced that it would equip itself with 120 missiles of this model.

It was the ship at which Ukrainian guards yelled “Russian warship, fuck you!”

At 21:31 CET, Maxim Marchenko, head of the Odessa Regional State Administration, confirmed this attack on his Telegram channel, recalling that the “Moskva” was the ship sent to attack the Ukrainian border guards guarding the Snake Island The attack was made famous by the response of the Ukrainian guards to the order of the “Moskva” to surrender: “Russian warship, fuck you!” An expression that has become a rallying cry throughout Ukraine against the Russian invaders. 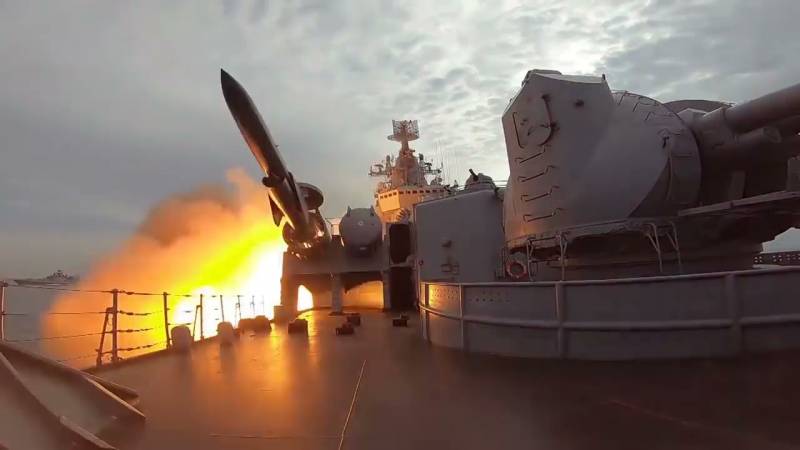 At 0:58 CET, the official Russian agency RIA Novosti published information from the Russian Ministry of Defense: “As a result of a fire on the Moskva missile cruiser, the ammunition detonated and the ship was seriously damaged. The crew was completely evacuated, the causes of the fire are being established.” At exactly the same time, the official Russian agency Tass has published the same information.

The ‘Moskva’ had been in service for 40 years

The cruiser “Moskva” was launched in 1979 and assigned to the Soviet Navy in 1982, initially called “Slava”. She was renamed “Moskva” in 2000 and was designated as the flagship of the Russian Black Sea Fleet. In 2008 she participated in the Russian attack on Georgia and in 2014 she took part in the invasion of Crimea. At 21:56 CET on Wednesday, the Ukrainian outlet Euromaidan PR reported that missiles had been launched from this ship against “peaceful cities of Ukraine” during the current Russian invasion.

It is the fourth warship lost by Russia in this invasion

According to the website Oryxspioenkop.com, it is the fourth ship that Russia loses in this invasion, after the attack on the landing ships “Orsk” (BDK-69) and “Saratov” (BDK-65) on March 24 and the damage suffered by the patrol boat “Raptor” two days earlier in another attack by the Ukrainian forces.

As a curiosity, in January a Spanish communist organization used a photo of the “Moskva” in a poster against NATO, perhaps ignoring that the image showed a Russian ship. In addition, and as reported by the Supreme Rada, just this Tuesday Ukraine issued a stamp showing the cruiser “Moskva” and a Ukrainian soldier raising his middle finger in defiance: 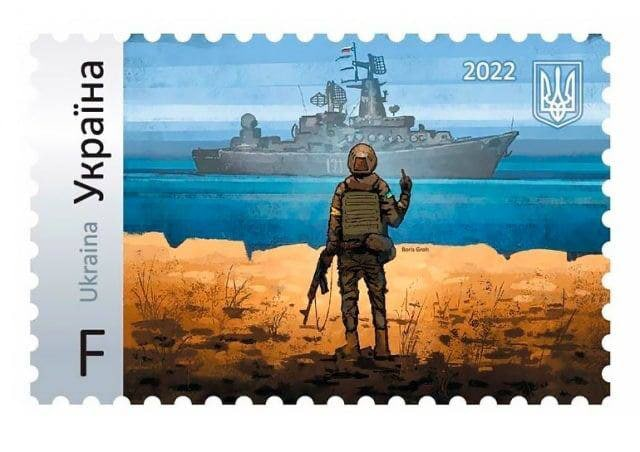 Russia confirms the sinking of the ‘Moskva’

Updated 23:05: The official Russian agency RIA Novosti has just published the following information: “The Ministry of Defense of the Russian Federation reports that when the Moskva cruiser was towed to the port of destination due to damage to the hull received during the fire due to the detonation of ammunition, the ship lost stability. The ship sank in a stormy sea.“