New Ukrainian hit to the Russian Navy: attack on the frigate ‘Admiral Makarov’

The Russian Navy has suffered a new setback in the Black Sea in recent hours, judging by the information that is circulating on the network.

Last night at 12:57 CET, the OSINTdefender Twitter channel posted the following information: “There are Unconfirmed reports from some Ukrainian Sources that the Russian Naval Ship the Admiral Makarov which is a Admiral Grigorovich-Class Frigate operating within the Black Sea has been struck by Ukrainian Anti-Ship Missiles off the Coast, so far there is no evidence.” 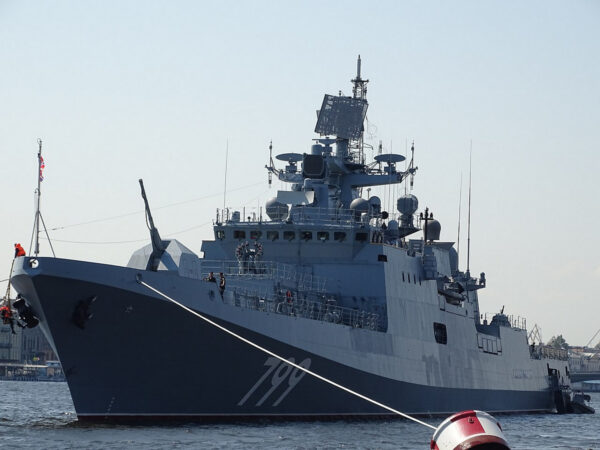 The Admiral Makarov frigate was laid down in 2012 and launched in 2015, entering service with the Russian Navy in 2017, being assigned to the Black Sea Fleet. It is the most recent of the three ships of the “Admiral Grigorovich” Class that the Russian Navy has, and it is very well armed: it carries a 100 mm cannon, 8 launchers for 3M-54 Kalibr, P-800 Oniks and 3M22 Zircon cruise missiles, 24 launchers for medium-range 3S90M Buk surface-to-air missiles, 8 launchers for short-range 9K38 Igla missiles, two 533 mm torpedo tubes, one RBU-6000 Smerch-2 anti-submarine rocket launcher and two AK-630 rotary anti-aircraft guns 30mm.

This morning, the Ukrainian media Dumskaya.net has reported that the frigate would have been hit by a Ukrainian R-360 Neptun anti-ship missile, the same type of weapon with which Ukraine managed to sink the cruiser “Moskva” on April 13. The Ukrainian media also pointed out the following: “The explosion followed by a fire occurred on board the Russian frigate project 11356P of the Burevestnik type, which is located near Zmiiny Island”, the name given in Ukraine to the aforementioned Snake Island.

Dumskaya.net has also posted this Sentinel Hub satellite image showing a fire on a ship in that area: 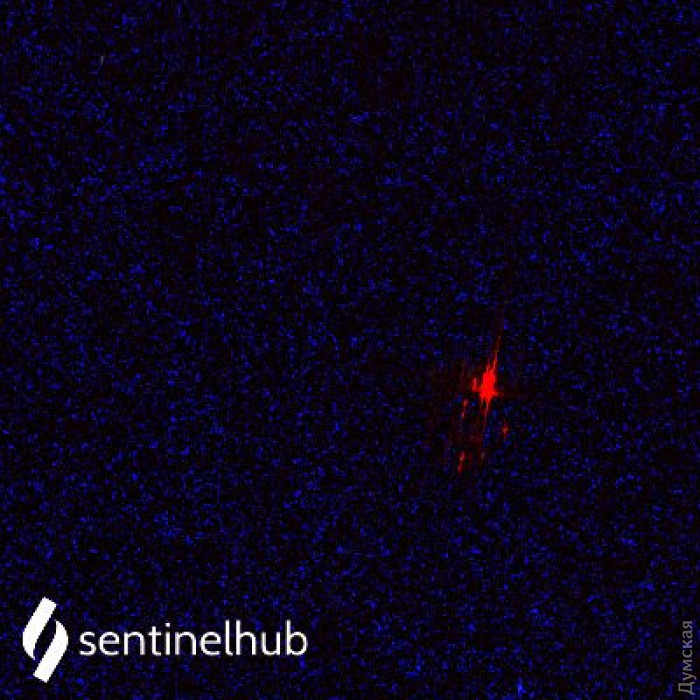 Dumskaya.net adds that “enemy planes are now circling over this area of the Black Sea, rescue ships have come out to help the ship from Crimea.” In turn, the Dumskaya Telegram channel reported at 11:32 CET: “Unofficial Russian sources report that the new missile frigate “Admiral Makarov” is in trouble. The “Admiral Makarov” was commissioned in 2017. She is equipped with modern air defense systems and is armed with Caliber cruise missiles. According to preliminary information, the frigate was unable to dodge the Ukrainian anti-ship missile Neptune. The ship is badly damaged, but remains afloat. For now.“

At 13:57 CET, the Twitter channel WARinUKRAINE.eth has posted three alleged photos of the attacked ship. In the photo on the right, under these lines, you can see some smoke coming out of the ship: 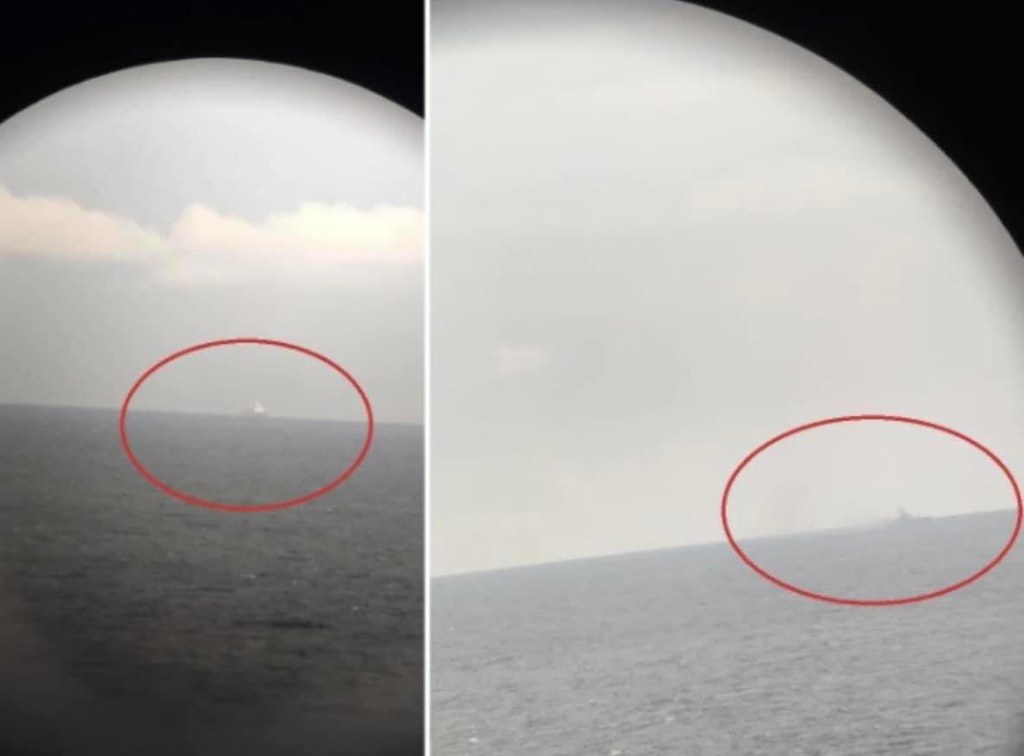 In this third photo from WARinUKRAINE.eth you can see more clearly the column of smoke that would be coming from the burning ship: 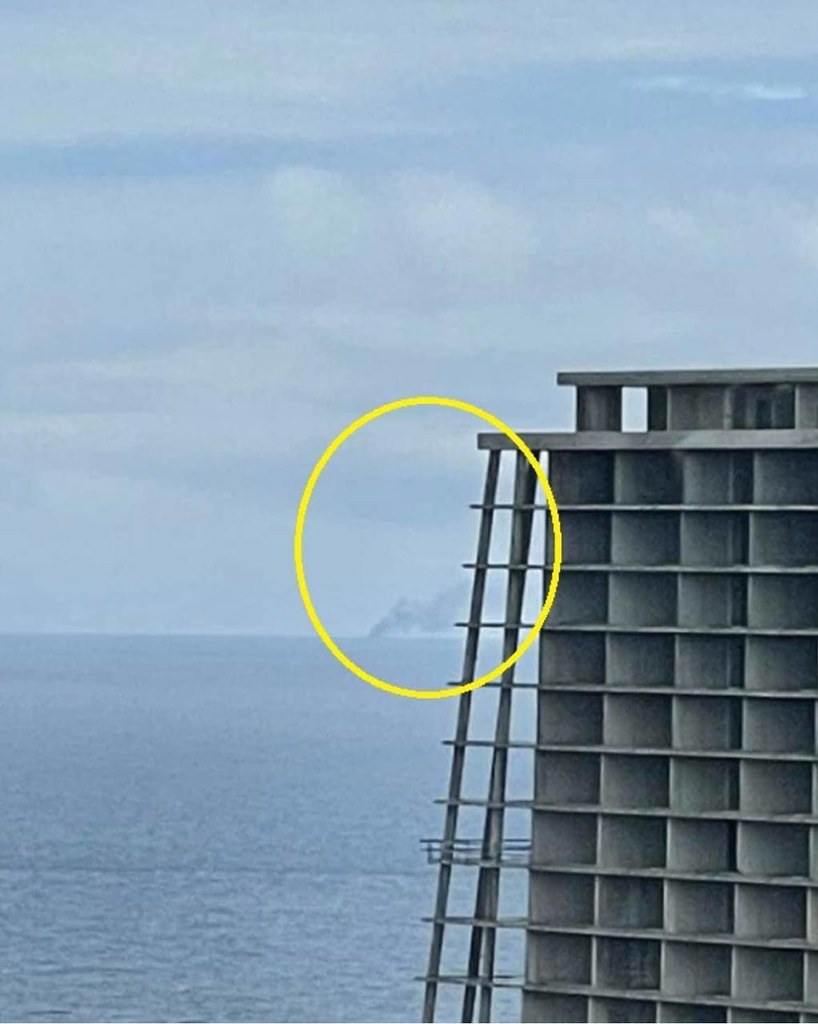 This morning at 11:05 CET, the Ukrainian Defense Ministry has added one more ship to its list of Russian naval losses, bringing the total to 11.

In the Black Sea, planes from NATO countries have been seen this afternoon. A US Air Force Northrop Grumman RQ-4 Global Hawk reconnaissance drone is circling the area numerous times, flying over international waters, identified as Forte11: 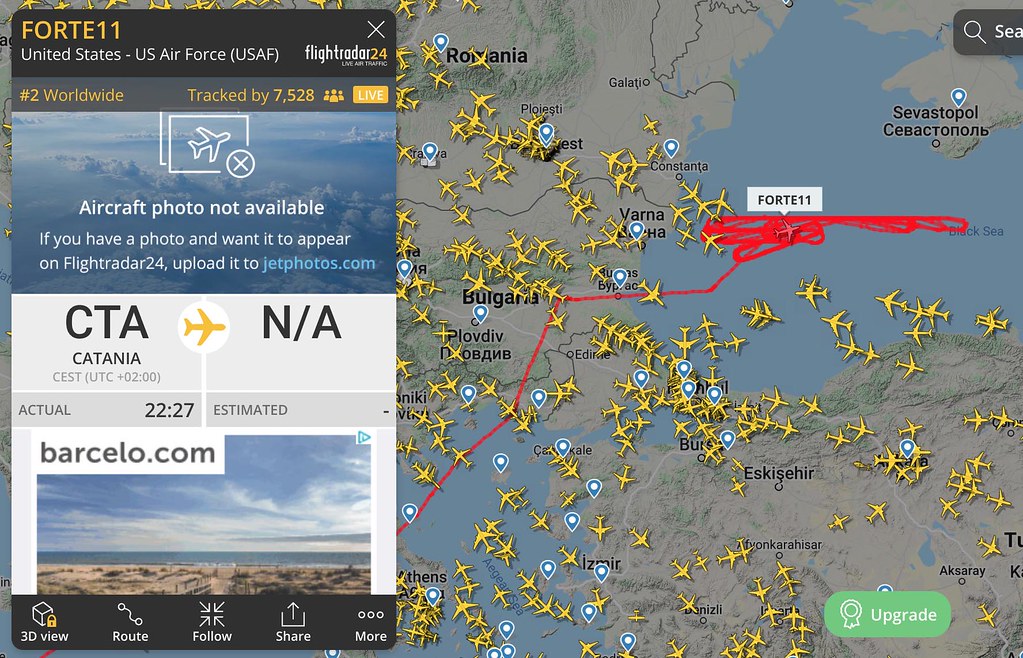 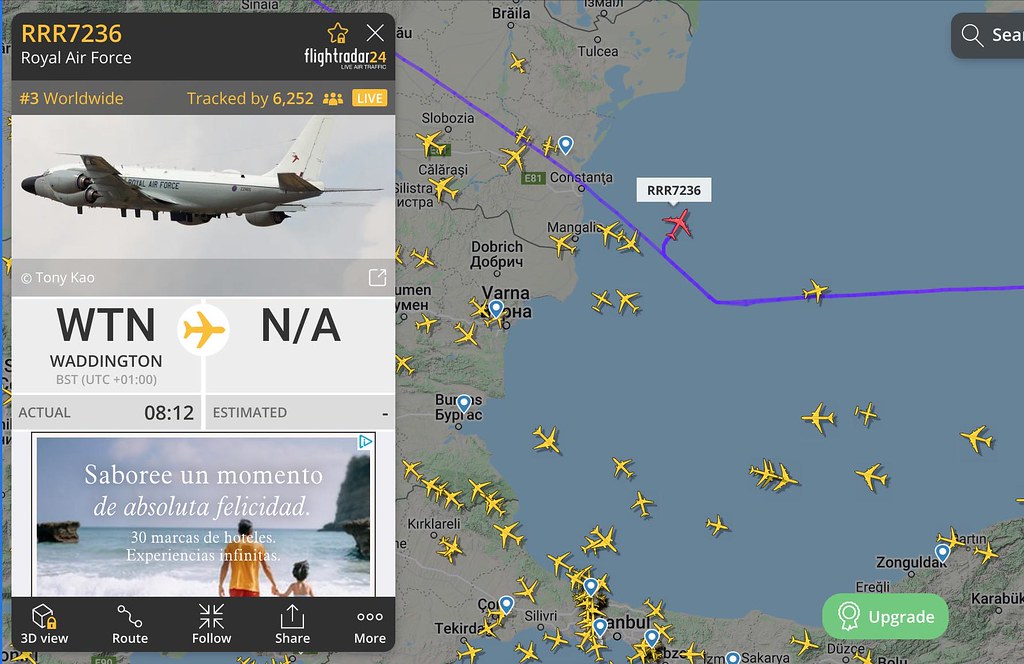 Later, an ATR-72 TMPA maritime surveillance aircraft of the Turkish Air Force, the TCB-752, with radio callsign Marti07, also flew through the area: 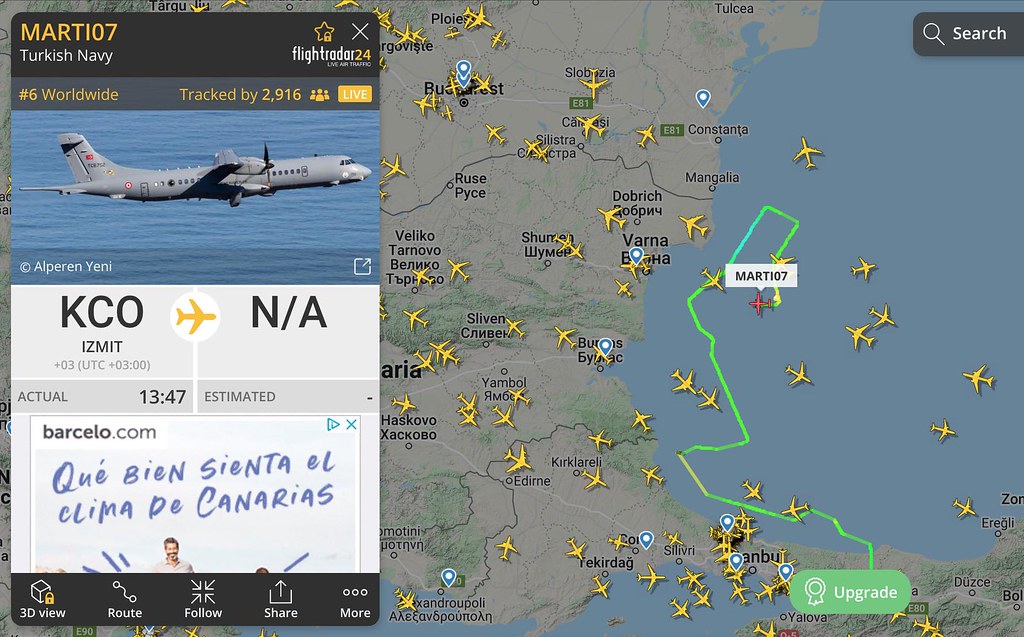 + UPDATED 4:34 p.m.: First video with images of the burning ship, surely recorded from a Ukrainian drone: 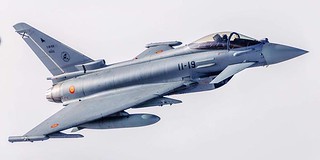