Opened in 2011, it recalls an event that occurred in Croatia 20 years earlier

The Red Fićo: the story behind a curious monument with a 600 defeating a tank

In the city of Osijek, in the extreme east of Croatia, is one of the most curious military-themed monuments you can find.

The official name of the monument is "Fićo gazi tenka!" (The Fićo is stepping on a tank!), although it is popularly known as the "Crveni Fićo" (Red Fićo), since it shows a Zastava 750, the Yugoslav version of the Fiat 600 -known in Croatia as "Fićo" - defeating a T-55 main battle tank. The composition is clearly surreal, since a T-55 weighs 36 tons and a 600 has everything to lose if it faces one, but The most curious thing about this monument is that it is based, with great irony, on real events. 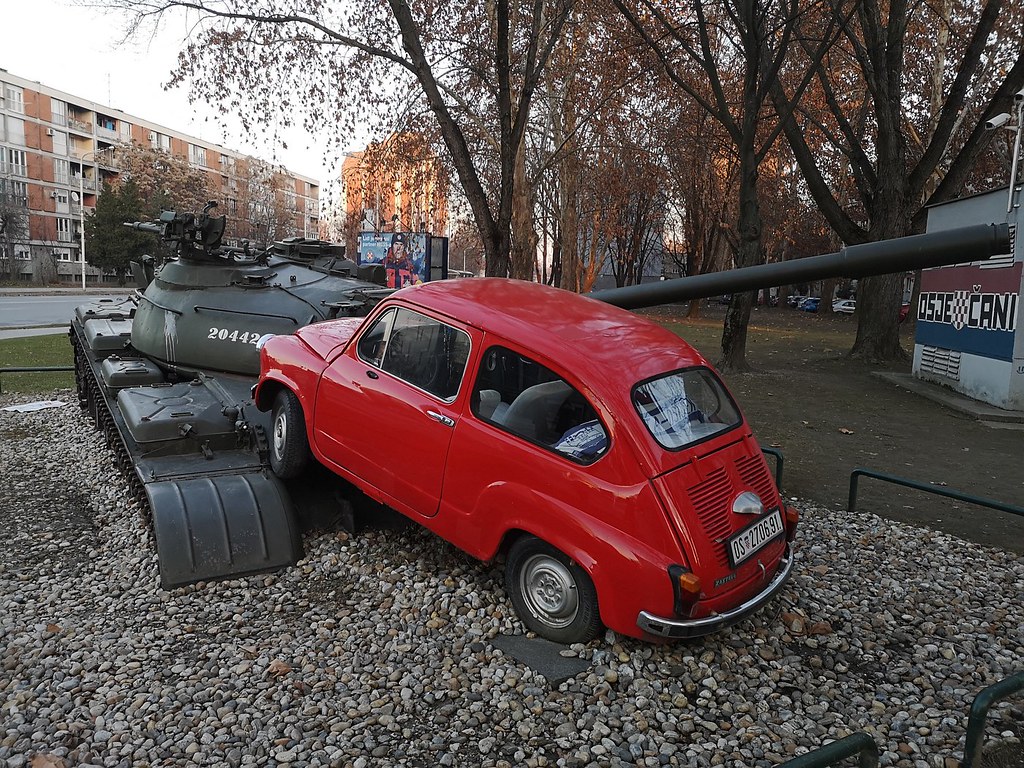 On June 25, 1991 Croatia declared its independence from Yugoslavia. Then began an armed intervention of the Yugoslav People's Army in that territory, in order to crush the peaceful protests in Croatia. On June 27, in Osijek, Yugoslav T-55 tanks circulated along the long Vukovarska street, meeting little opposition, since Croatia had no army of its own, much less tanks with which to defend itself.

Perhaps inspired by la famous scene of the man in front of the tanks in Tiananmen Square that occurred in Beijing, China, two years earlier, the Croatian Branko Breškić stopped his Zastava 750 and got off it at the intersection with Trpimira street, in an apparent attempt to stop the march of the tanks. What happened next -it will not cost you to imagine it- you can see it in this video:

The T-55 didn't even slow down and ran over the car, turning it into a mass of iron. Paradoxically, the driver of the tank was a young Croat, Josip Ilić, who was doing his military service and limited himself to carrying out orders literally at gunpoint, since the commander of the car put his gun on his back giving him the order not to let go of the accelerator. Interestingly Branko and Josip got to know each other later at that same intersection and ended up being friends . Josip passed away in 2010 at the age of 38. After seeing his car crushed, Branko enlisted in the newly created Croatian Army and fought against the Serbs, being wounded in combat several times. 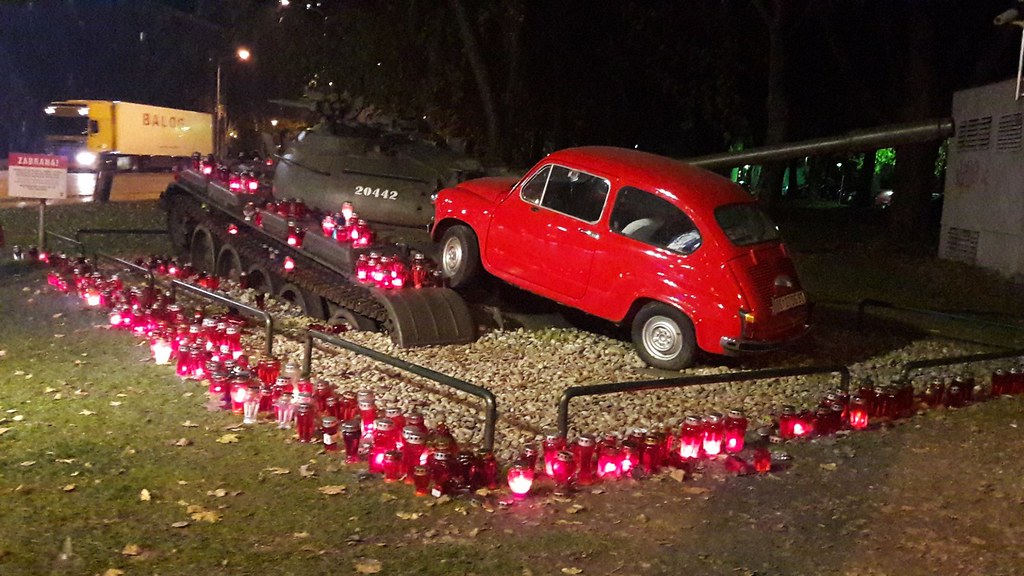 The Red Fićo covered with candles in memory of those who fell in the Croatian War (Source: Wherewego.Cityhideout / Tripadvisor).

On June 27, 2011, just 20 years after that T-55 crushed the Fićo, this curious monument was inaugurated in Osijek at the initiative of the city council. The idea of placing a Zastava 750 on top of a T-55 came from the city's Veterans Committee. The monument is a tribute to the Croatian resistance, symbolized by the Fićo, which ultimately defeated the Serbs, despite fighting against them in inferior conditions and with smaller forces. Today the monument has become a place to remember, with candles, the fallen in that war. If you go through the city of Osijek, the monument is located next to the intersection of Vukovarska streets and Trpimira, in the same place where that event occurred. I leave its location on Google Maps below.