This military position was dismantled in 1929 and is currently abandoned

Stack Rock Fort: the curious maritime fortress whose ruins still watch over the coast of Wales

In 1850, the UK began construction of a fortress to protect the Milford Harbor Channel in the Welsh county of Pembrokeshire.

The purpose of this fortification was to protect the Royal Shipyard located in the town of Pembroke Dock, on the south coast of that channel. The construction was completed in only two years despite the difficult location of the fortress, with a circular shape. It was armed with three 32-pounder muzzle-loading guns (a model commonly used by Royal Navy ships at the time) and a 12-pounder muzzle-loading gun for defense of the fort.

Over the decades that it was in operation, the fort changed artillery pieces several times, until in World War I it operated with only two 12-pounders and a small garrison. After the Great War, in 1929, the artillery of the fort was dismantled, and three years later it was sold. For years it has been passing hands, until its last sale, which took place in 2021. Despite this, the fort is abandoned and in ruins, and today its only permanent inhabitants are seagulls of the Milford canal, which have their particular breeding ground in this fortification.

The channel Exploring the Unbeaten Path today published an interesting video exploring this fortress, with the bad luck of having coincided with a seagull breeding season, when they become especially aggressive against any intruder:

Below you can see some images of the video, as an introduction. The fortress is located on a reef in the middle of the aforementioned channel, with its defensive wall facing south (the navigation route stops just ahead of it).

An aerial image of the fort taken with a drone. In the interior part and at the ends of the defensive wall, the wells that occupied its cannons, now empty, can clearly be seen. 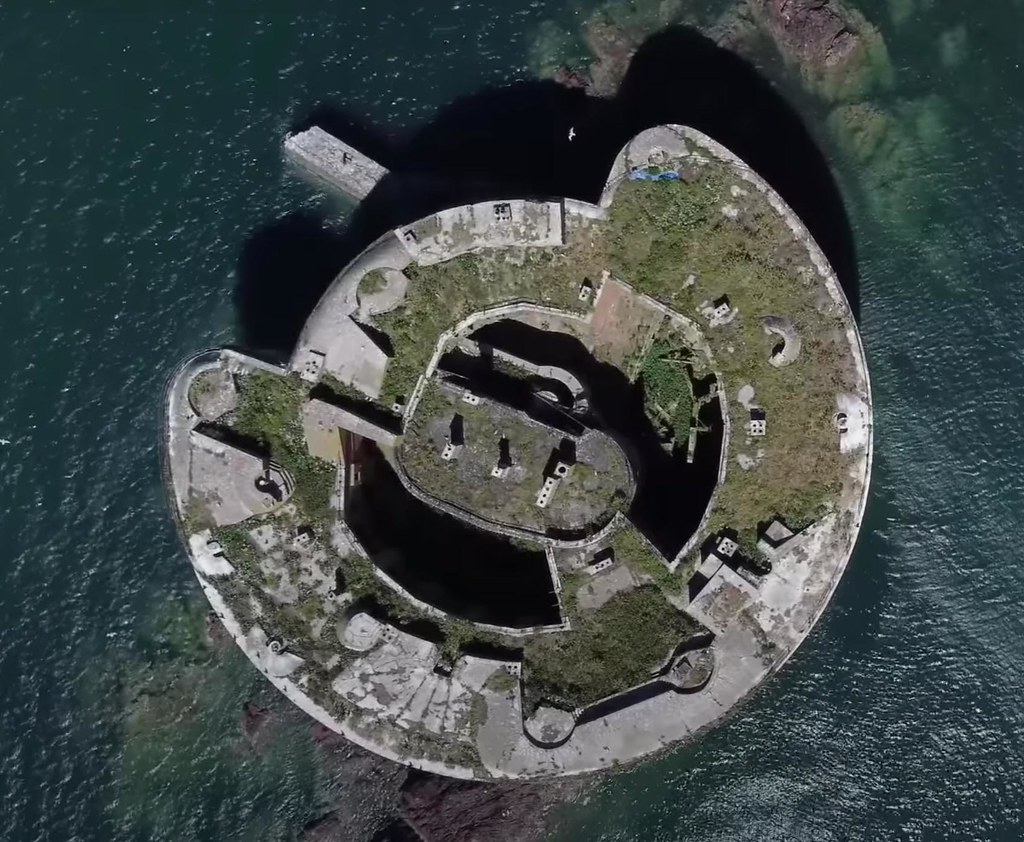 The interior of the fort. If I'm not mistaken, this is the eastern part. 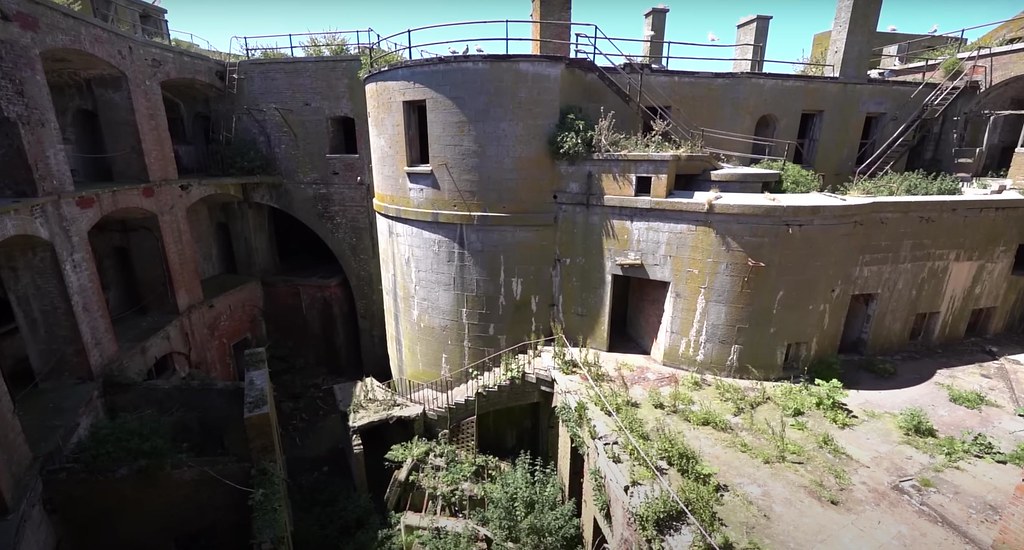 Another view of the interior of Stack Rock Fort. The exterior walls were stone, but the interior was built of brick. 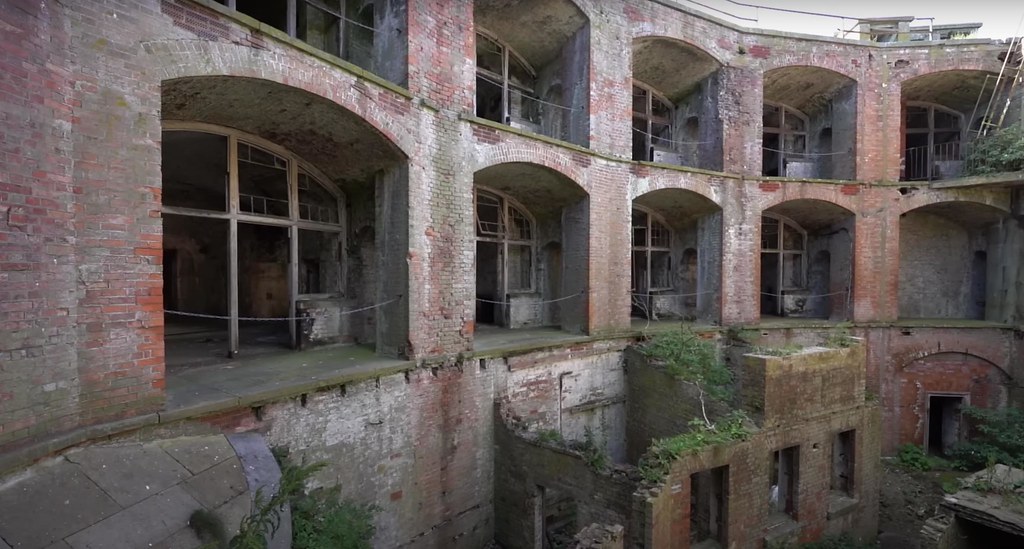 Finally, you can see here the location of the fort on Google Maps.