Aventuras Entresierras shows its interior in another of its fascinating reports

An ideal place for a movie: the abandoned Montejaque dam and the Cave of Hundidero

If Hollywood producers knew about some of the places in Spain, they wouldn't think about it for a minute when shooting horror or action movies there.

Two of those places are in the Serranía de Ronda, in Andalusia. The first of these is the abandoned Montejaque dam, also known as Caballeros dam or Hundidero dam. Its construction was completed in 1924, after only nine months of construction, thanks to having been made with concrete, and it was also a milestone for its time, becoming the largest vault dam in Spain, 74 meters high. However, this dam never fully functioned, since due to the reservoir's permeable soil,the reservoir water disappeared in a few hours, due to leaks. In the years following its inauguration, the problem was tried to be solved, without success, and it was finally abandoned. A great engineering failure.

In the same area there is another spectacular site: the Cueva del Hundidero. It is accessed through an impressive gorge that used to lead the waters of the Guadares river, until its passage was interrupted by the Presa de Montejaque. It was declared a Natural Monument of Andalusia in 2019. The Cueva del Hundiero communicates with the Cueva del Gato, located in the town of Benaoján (Málaga). In one of his always interesting videos, Aventuras Entresierras (once again, I recommend subscribing to its YouTube channel) has made a tour and a bivouac in that area, showing the aforementioned press and the Cave of Hundidero (the video is in Spanish, you can activate the automatic subtitles in English in the bottom bar of the player):

You can see some screenshots of the video here as a preview. With this image we can get an idea of the size of the Montejaque dam. The small dark figure you see at the base is a person. 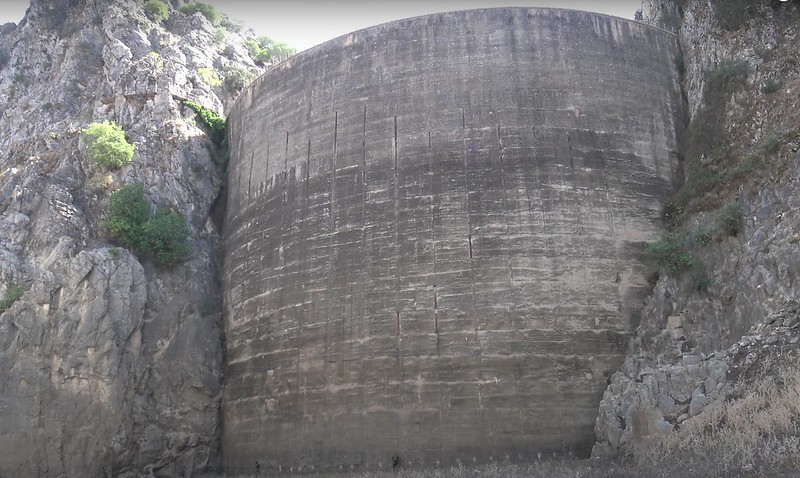 From the top of the dam you can see the entrance to a tunnel. The members of Aventuras Entresierras have managed to access that tunnel, you can see the interior in the video. 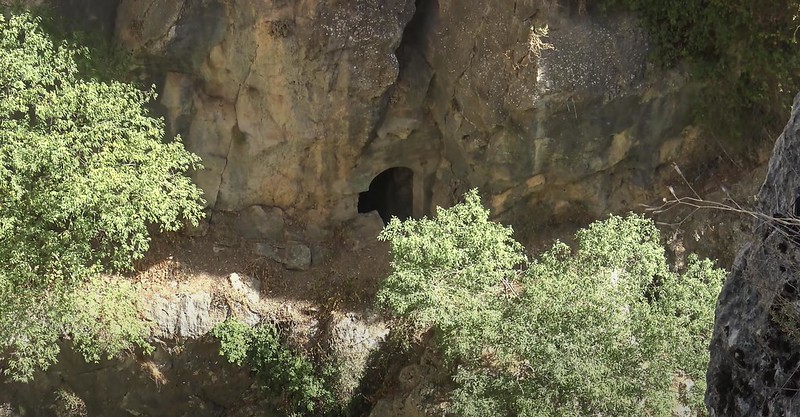 A tunnel located at the base of the dam. The members of Aventuras Entresierras delve into it in the video, and find some interesting things inside. 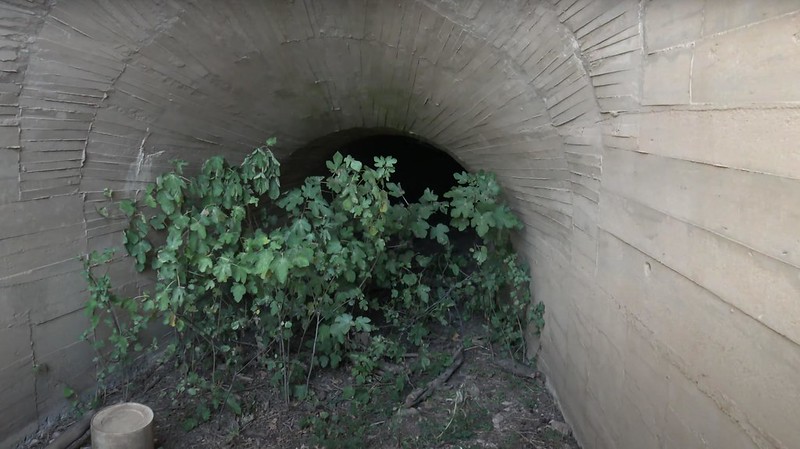 The impressive entrance gorge to the Cave of Hundidero. In the video you can also see its interior. 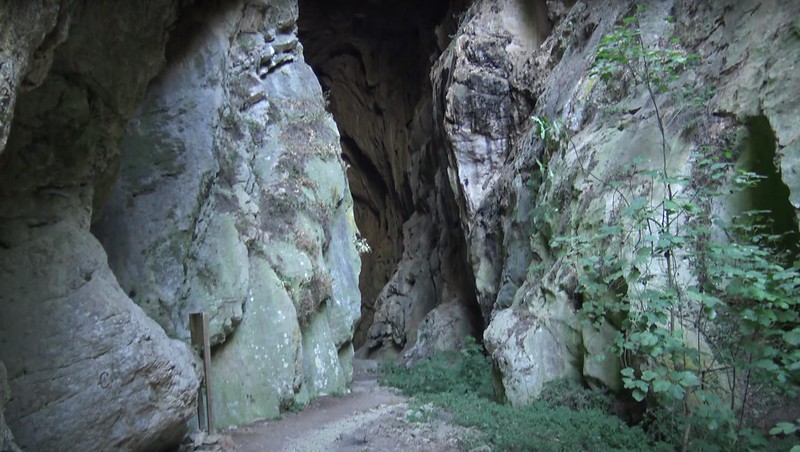