An interesting tour of the Pennsylvania Turnpike, abandoned in 1968

Pennsylvania: A dilapidated highway and two tunnels that are fit for a horror movie

The United States is a very large country and offers many attractions for fans of exploring abandoned places. One of them is a highway.

The Pennsylvania Turnpike, as this highway was known, is 21 kilometers long and linked Breezewood and Sideling Hill, in Pennsylvania (United States). It was known as the Tunnel Highway, as there were several tunnels along its route, initially built for a railway line. The highway was opened in 1940, at a time when many public works were being built in the United States. The Pennsylvania Turnpike had two lanes in its direction, but the railway origin of its tunnels condemned it to a short life, since upon reaching them the highway was reduced to a single lane in each direction, for lack of space.

Ten years after its opening, the Pennsylvania Turnpike was already saturated. Some of the tunnels could be widened, but there were two that were finally ruled out, along with the section of highway that passed through them: the tunnels from Sideling Hill and Rays Hill. This part of the highway was abandoned in 1968, and nature gradually began to reclaim what was its own. Today, this old highway, located in a wooded area, offers a gloomy and silent, which paradoxically attracts many onlookers. In 2009, a post-apocalyptic film was shot there, "The Road", starring Viggo Mortensen. To tell the truth, it is an ideal setting for shooting horror films.

A few months ago, the Youtube channel When Opportunity Comes posted an interesting video showing this highway and its abandoned tunnels:

You can see some screenshots of the video here.Here is an aerial view of the highway and the leafy wooded landscape that surrounds it. 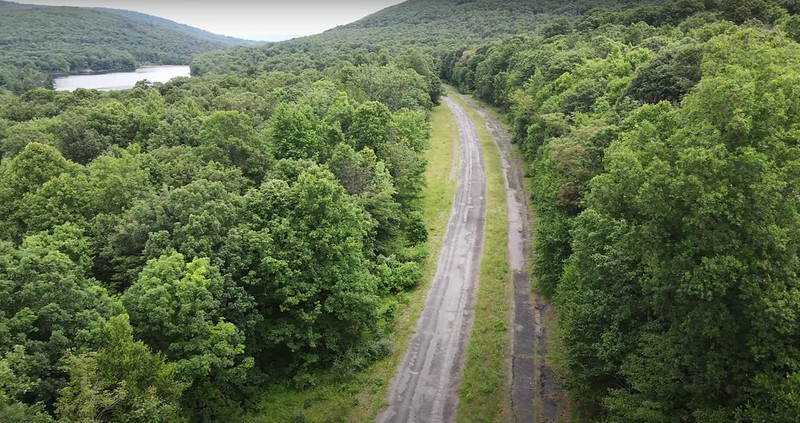 One of the abandoned sections. I wouldn't like to spend the night there... 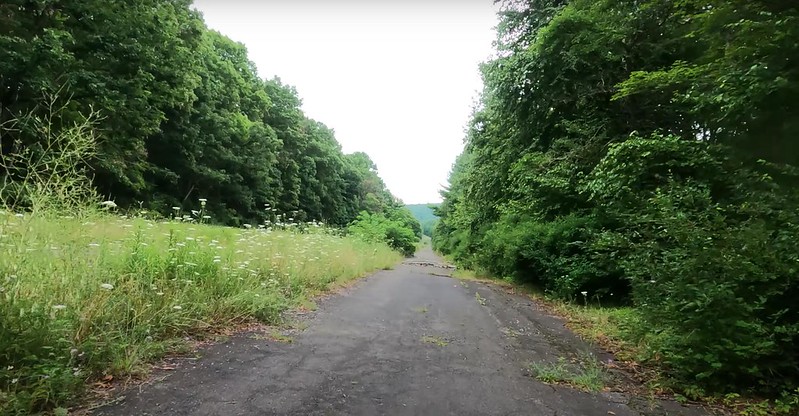 An aerial view of the Sideling Hill Tunnel. 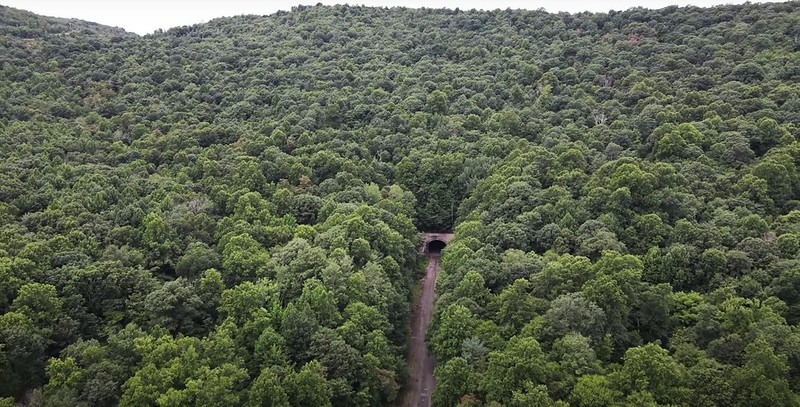 The old Sideling Hill Tunnel ventilation system. The facility has suffered from decades of vandalism. 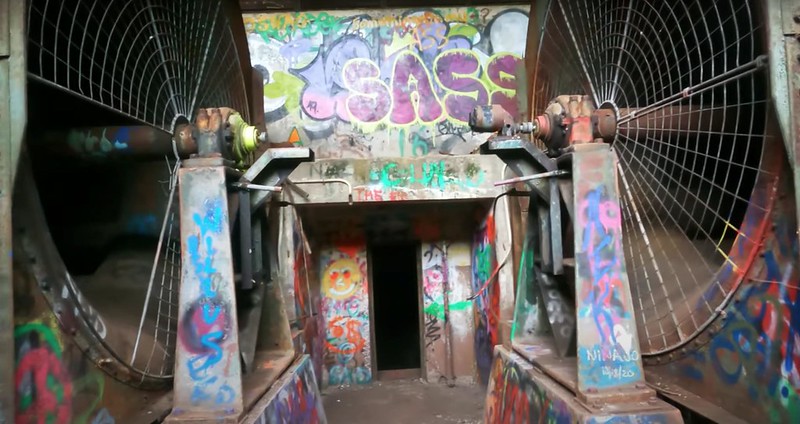 A section of highway with destroyed asphalt. In the background we see one of the entrances to the Rays Hill tunnel. 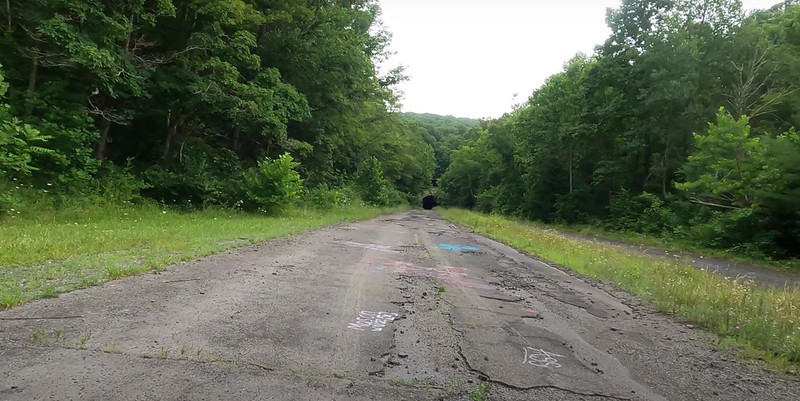 One of the entrances to the Rays Hill tunnel. The asphalt is covered in graffiti. 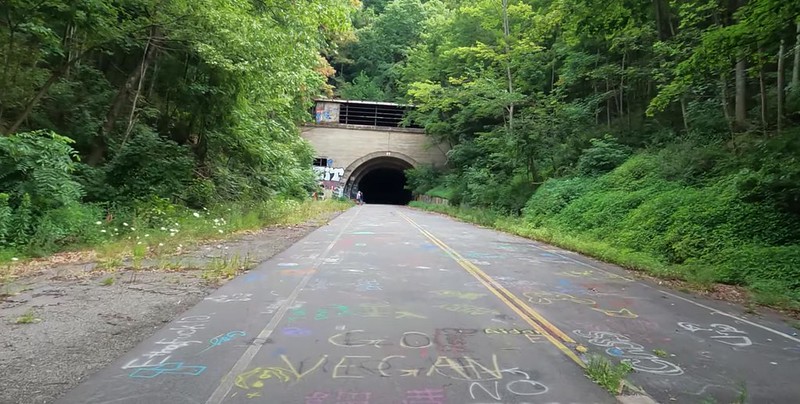