The counteroffensive initiated by the Ukrainian Army in the summer has reached today, November 11, in the center of the capital of the Kherson region.

With about 280,000 inhabitants, Kherson was one of the first and most important cities in Ukraine to be occupied during the Russian invasion that began on February 24. The Russians seized it on March 2. The city was subjected to a dictatorial regime, and the Russians even raised flags from the soviet times, as if that part of Ukraine had returned to the terrible times of the USSR. At the end of September, and after a false referendum, Russia annexed the entire region, despite the fact that it did not even control it in its entirety. A few days ago, Russian troops began their withdrawal from Kherson towards the eastern bank of the Dnieper River, given the impossibility of holding the city against the unstoppable advance of the Ukrainian Army. Putin said that Kherson was Russia, but that annexation has not lasted even a month and a half.

After eight months of Russian occupation, the arrival of the Ukrainian Army has been welcomed by the residents of Kherson with gestures of joy. You can see some of the scenes in the following video:

As you can see in the following video, Ukrainian soldiers have been presented with melons, the most famous local product. Here we see a member of the Ukrainian Special Operations Forces with a melon, and giving his Ukrainian flag patch to a baby.

Another video that shows us the reception of the Ukrainian soldiers by the residents of Kherson:

Ukrainian soldiers have not only seen gestures of joy, but also tears of emotion, both from the elderly... 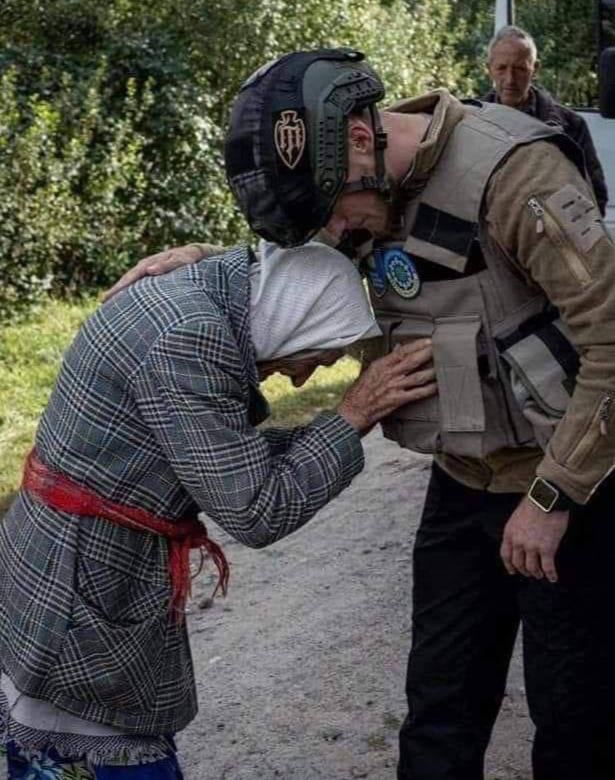 ... and from children. These images give us an idea of the fear these people experienced during the Russian occupation. 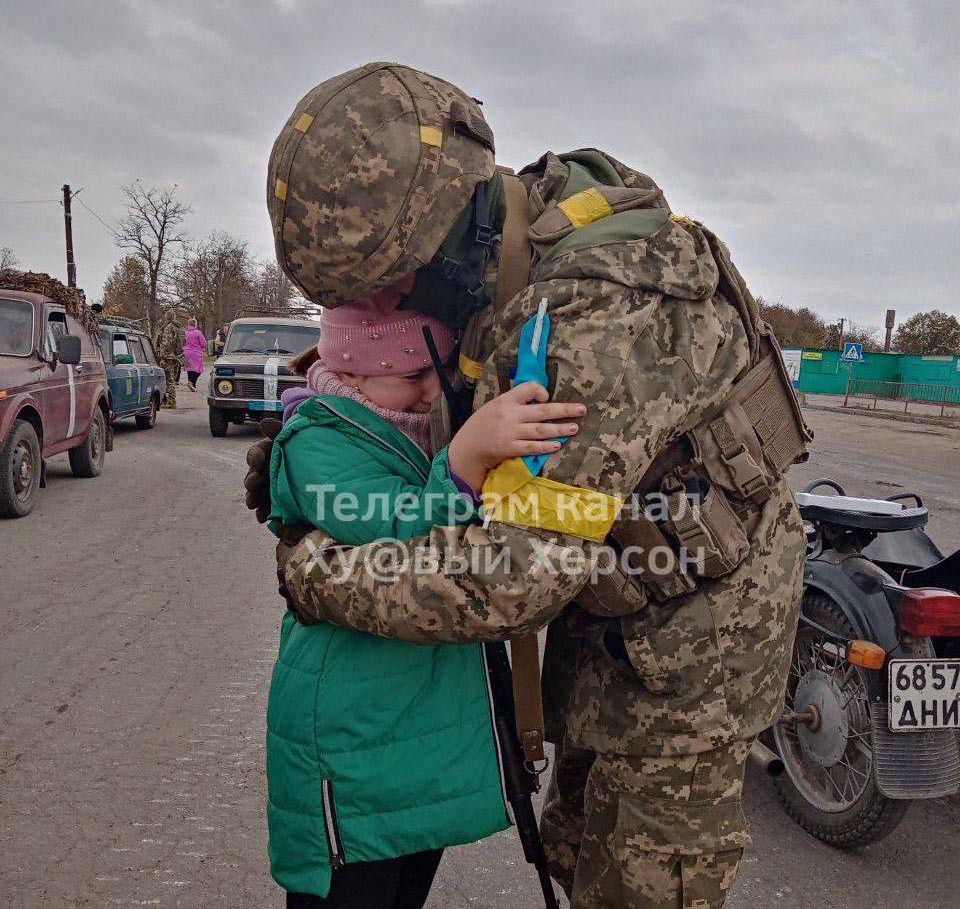 Here we see residents of Kherson with a banner that says "Kherson was waiting for the ZSU" (Ukrainian acronym for the Armed Forces of Ukraine), and a drawing of a melon, representing the city. 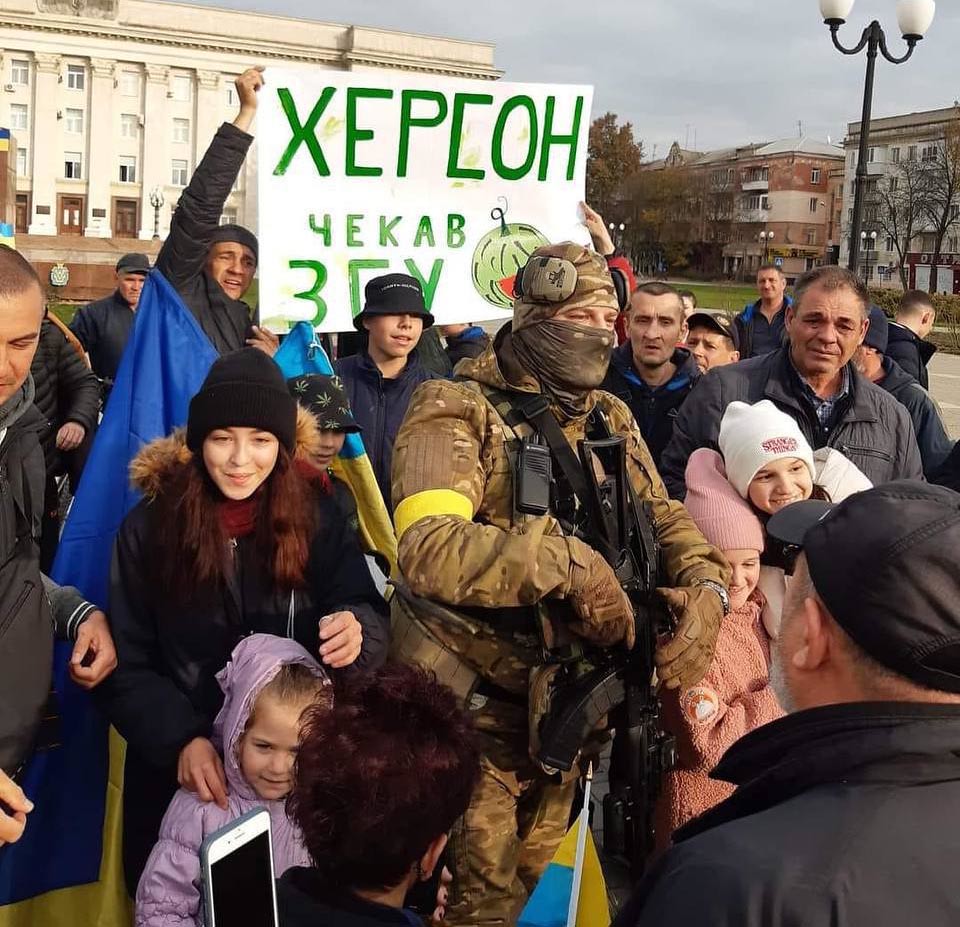 The party continued into the night, with thousands of citizens taking to the streets with Ukrainian flags. 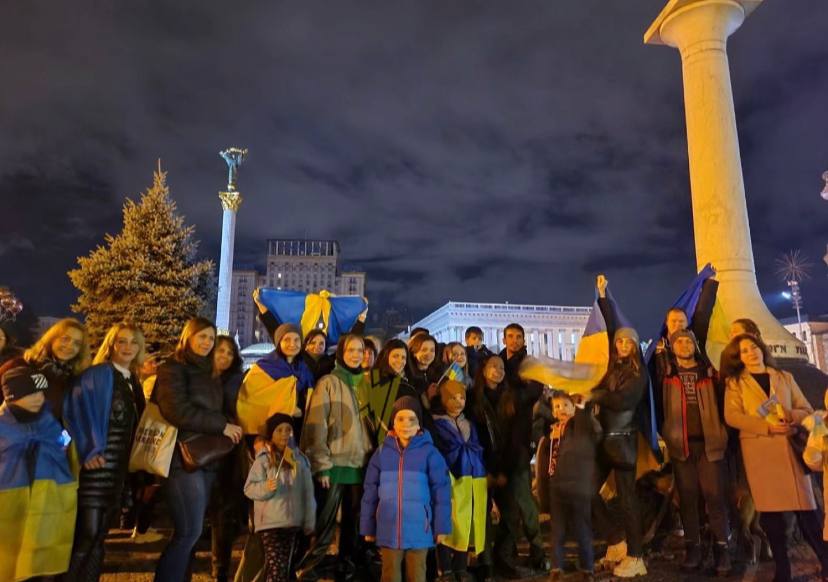 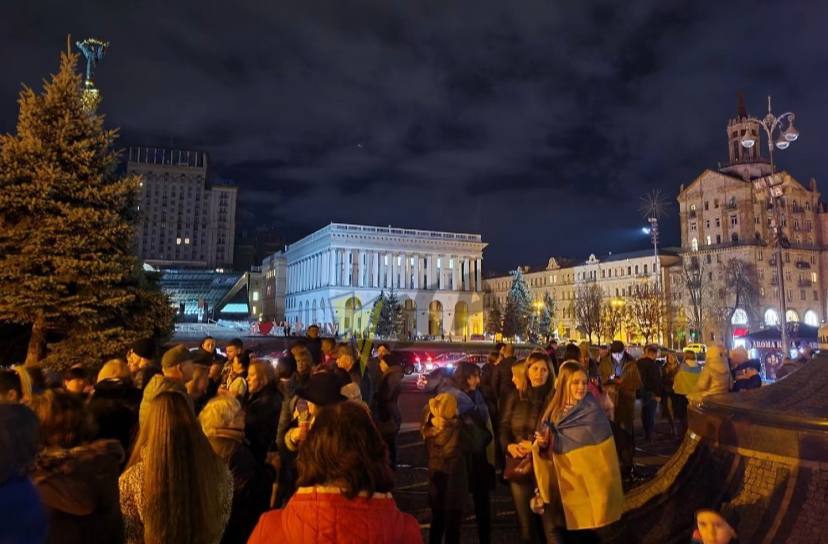 Here two videos of the nightly party in the streets of Kherson after his liberation:

Liberated Kherson singing Chervona Kalyna, a song that was banned for nine months. No electricity — Russia destroyed the power lines before leaving. pic.twitter.com/EhCIpMlYtw

The liberation of Kherson is a source of joy and hope for all the people of Ukraine, and shows that the Ukrainians can make possible something that many believed unthinkable a few months ago: the defeat of the invader and his expulsion from the Ukrainian soil. Many Europeans share that joy and hope, because we fully identify with the Ukrainian people in this struggle for their Homeland and for their Freedom: Slava Ukraini! 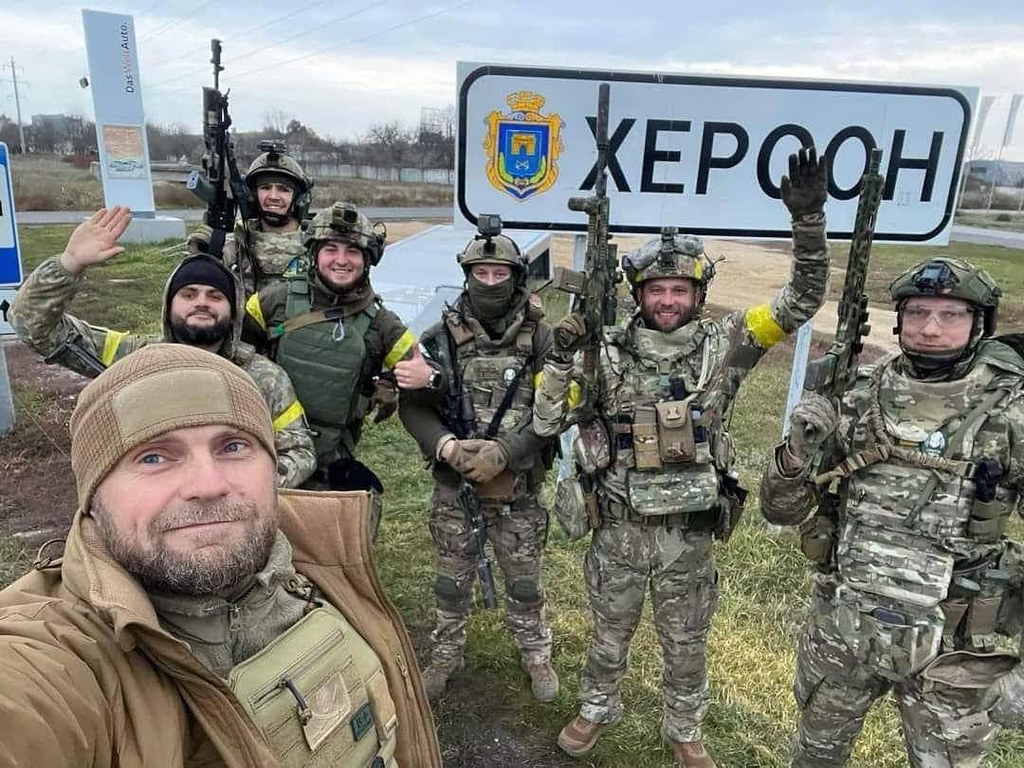