Mobilization in the Catalan capital with flags of Spain and Catalonia

A crowd has packed today the Paseo de Gracia and the Plaza de Cataluña, in Barcelona, to celebrate the party that uses us all Spaniards and all the Hispanics of the world.

The mobilization began at ten-fifteen in the morning with a parade in Artós Square, where since last year many young Catalans have been expressing their support for the unity of Spain. 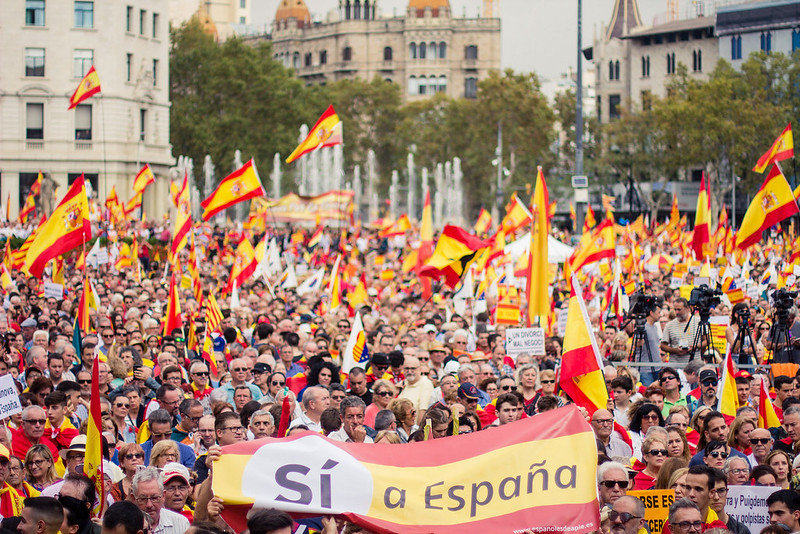 As on other occasions, the demonstrators expressed their love for Spain and Catalonia with numerous Spanish and Catalan flags, another example of the inclusive meaning of these calls for the unity of Spain, in the face of the exclusionary and hateful attitude of the separatists groups.

It has been an unexpected success of mobilization, as Dolça Catalunya pointed (great blog that yesterday met 5 years: congratulations!). We must bear in mind that in recent weeks there have been several demonstrations in favor of Spain in Barcelona, but far from reducing attendance, has been increasing. 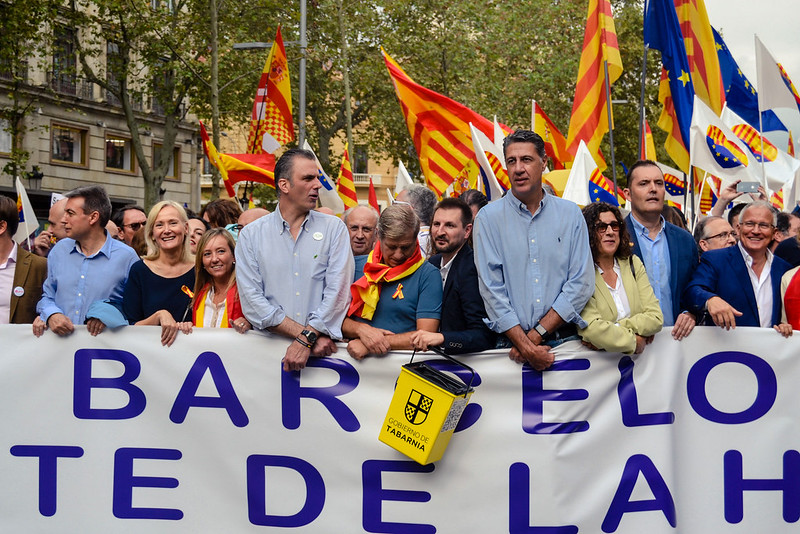 The head of the demonstration carried a banner with the slogan «Barcelona, guarantor of Hispanicity». Ciudadanos, Partido Popular and Vox leaders (among them, Javier Ortega Smith, the main architect of Vox’s judicial offensive against the authors of the separatist coup in Catalonia) were in this banner. The great absentees have been PSC socialists, the Catalan federation of the PSOE: none of their leaders have participated in the march. Will it have something to do with the fact that the PSOE is ruling in Spain thanks to the support of the coup leaders?

One of the most exciting moments has reached the end of the call with the hymns of the Spanish Anthem, as we see in this video of Las Voces del Pueblo. It is exciting to see images from the heart of Catalonia. Definitely, there is hope.