The unborn child is a human being from the conception, according to science

Abortion supporters often say that the pro-life theses are inspired exclusively by religious dogmas. They even consider that prohibiting abortion would be a religious imposition.

The reality is very different. The scientific arguments against abortion are abundant, because they demonstrate that the victim of abortion is a human being, and like every human being deserves protection. On the contrary, abortionists have to resort to fallacies and demagoguery in the absence of scientific arguments in favor of abortion. Let's look at some examples.

Is the unborn child part of the mother's body?

The most common argument of abortionists holds that the unborn child is part of the mother's body, and that she must decide to do with her body whatever she wants. Let's see what science says:

"In the specific case of abortion, and according to the current data of science, the reality is that from conception there is a human life and that the embryo - up to the eighth week - and the fetus - from the ninth week - is a singular human being, distinct and independent of the mother, who needs the maternal cloister for his development. To point out, as is proclaimed, that abortion is an exercise of freedom because the woman owns her own body, it is a falsehood, because abortion affects a life different from that of the pregnant woman, who is also the life of his own son." (Nicolás Jouve de la Barreda, Ph.D. in Biological Sciences at the Complutense University of Madrid and Professor of Genetics at the University of Alcalá, has been president of the Spanish Society of Genetics and collaborator of the UNESCO Bioethics Chair. Source: CiViCa)

Do women conceive of nonhuman beings?

One of the typical arguments of abortionists is that unborn children who are aborted are not human beings. Science does not say the same thing:

"From conception, which marks the before and after, the human zygote, endowed with the biological autonomy that confers his genetic material, evolves and develops depending on the medium that gives him support and support, the body of his mother. Communication with the pregnant mother occurs from the first day, by hormonal signals to which the organism that gestates him contributes providing the conditions for the development of the fetus. There are innumerable details that are known about this development, and are highly suggestive for the biological foundation of the value that this stage of human life deserves." (César Nombela Cano, Rector of the International Menéndez Pelayo University and Professor of Microbiology of the Faculty of Pharmacy of the Complutense University of Madrid. He was president of the Higher Council of Scientific Research of Spain. Source: AGEA)

Is an embryo only a handful of cells, not a human being?

Another typical argument for abortionists to reify human life in its early days is to argue that it is simply a handful of cells. And what does science say about it?

"So even in an embryo of 1 week, with those new techniques, we can say already, "He is a man" or "She's a woman" and then we know that the embryo is in fact already a human person. And, if I'm not mistaken with the English; when referring to the embryo I would not say "it", because we know a human being is there. Like a sailor about his ship, I would prefer to say: she is there. Remember the tiny human embryo possess already the properties which allow us to recognize that she is female, for example. It passes my imagination as a geneticist that lawyers knowing this embryo 1 week old to be a girl, would not realize, at the same time that she is a human person!" (Jérôme Lejeune. French geneticist, discoverer of chromosomal anomaly that causes Down syndrome, and considered the father of modern genetics. He was Professor of Fundamental Genetics at the Faculty of Medicine of the University of Paris, member of the Pontifical Academy of Sciences, member of the French Academy of Moral and Political Sciences, member of the National Academy of Medicine of France, member of the Royal Society of Medicine of London and Doctor Honoris Causa by numerous universities. Source: Testimony before the Louisiana Legislature, published by Fondation Lejeune).

Is it okay to kill the unborn child by being sick or being disabled?

Another of the fronts opened by abortionists is that of eugenic abortion. They maintain that it is an act of cruelty to bring sick or disabled human beings into the world, and that the most pious thing to do with these unborn children is to abort them. And what does science say?

"The list of abnormalities detectable by PGD [Preimplantation Genetic Diagnosis] or PD [Prenatal Diagnosis] is increasing, while eugenic abortion is offered as an option as soon as a possible anomaly is detected. Eugenics is really alarming. Termination of pregnancy, performed on live fetuses for reasons of 'fetal risk', accounts for 3% of all abortions in Spain and is the type of abortion that most directly affects in any case, ending the life of the sick or disabled fetus, diagnosed before birth, is extremely cruel and violates the code of ethics of the medical profession by deliberately terminating the life of a defenseless human being and injure the sexual and reproductive health of women." (Nicolás Jouve. Source: New Eugenics and Prenatal Diagnosis, CiViCa).

Does legalizing abortion reduce clandestine abortion and risk for mothers?

Another common argument of the pro-abortion movement is that legalizing abortion reduces the practice of clandestine abortions, which pose a serious risk to the health of aborting mothers. The most comprehensive scientific report so far says the opposite:

The original protagonists of abortion law reforms have rebutted that a large proportion of the cases of clandestine abortions hitherto treated in hospitals, and almost all resulting deaths, were due to criminal interference. They postulated that abortion legislation would eliminate this and put forward arguments and evidence against them. Our figures indicate ... that despite a marked increase in the number of (legal) therapeutic abortions since 1968 to 1969, unfortunately, there was no significant change in the number of clandestine abortions requiring admission to a hospital. The fact that legalization of abortion has not, so far, materially reduced the number of abortions, nor of deaths from abortions of all kinds, is not surprising. This confirms the experience of most nations and was predicted by the College in its declaration of 1966. " (Report of the Royal College of Obstetrics and Gynecology of the United Kingdom, published by the British Medical Journal in May 1970. Source: Hay Alternativas).

Is abortion the best solution in case of rape pregnancy?

Abortionists have made rape pregnancy cases one of their most potent arguments to advocate for legalization of abortion. They argue that having the child of a rapist causes the mother to prolong the trauma of rape all her life. The largest scientific study to date is entitled "The Sorrow of Sexual Assault and the Joy of Healing" (2011), prepared by Dr. David C. Reardon, Julie Makimaa (conceived for rape) and Amy Sobie (see reference in VidaHumana.org). The study looked at 192 cases of pregnant women as a result of rape and 55 cases of people conceived by a rape. Of the 192 women raped, 28 had been for incest. 69% of the women interviewed decided to give birth, 29% aborted and 1.5% had a miscarriage. The results will surprise more than one: 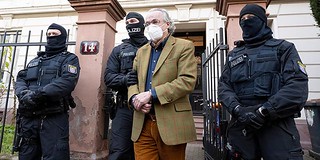 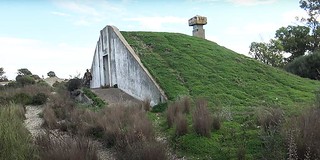