A Separatist Group Compares Spaniards with Chimpanzees and Threatens with Aggressions

“Spaniards not welcome.” This is the motto of an image shared on Twitter on Tuesday by a group of the most radical Catalan separatism, the “Moviment Identitari Català”.

In the tweet, this group includes an image in which compares Spaniards with chimpanzees and threatens them with kicks in the back if they do not stay back: 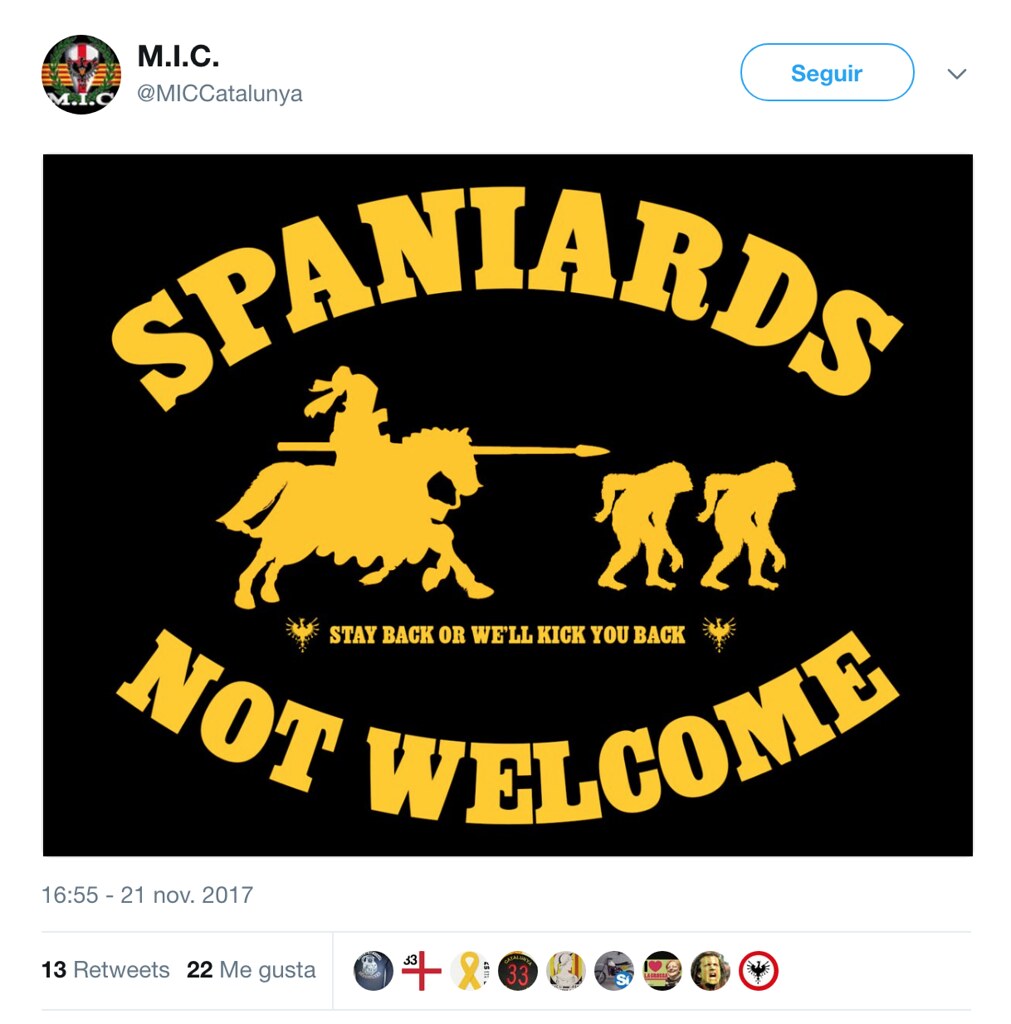 On October 16 they published another image comparing monkeys to Spaniards -including many Catalans- who consider Catalonia is Spain: 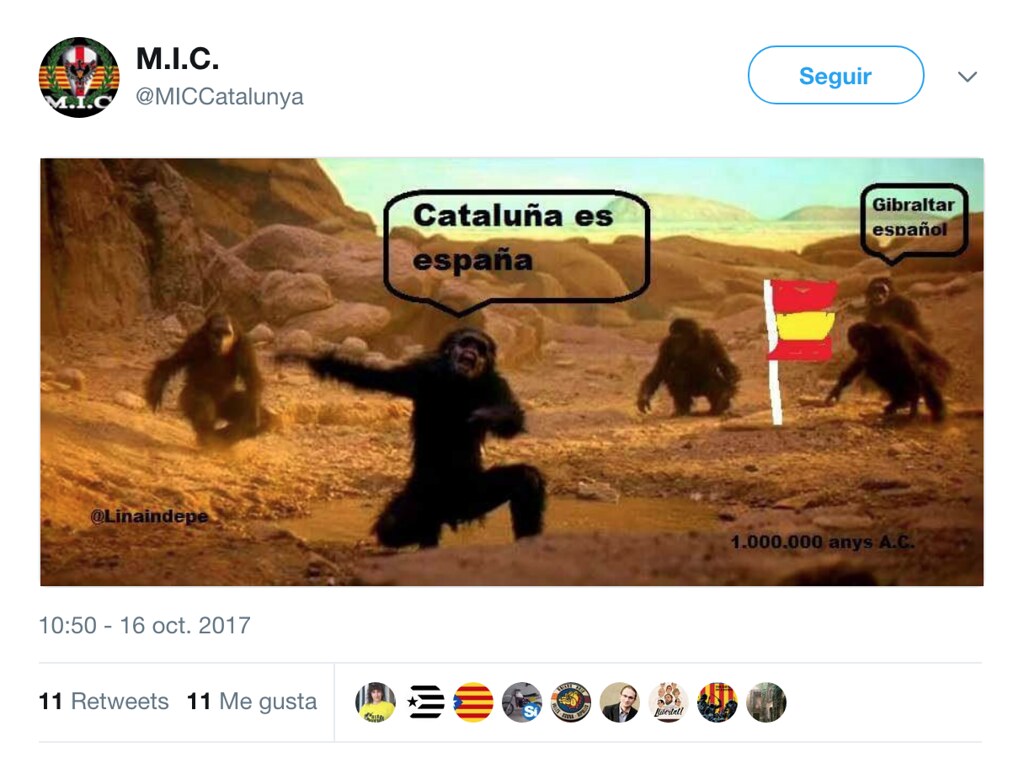 This separatist and racist group participated on May 26 at a rally attended by Frederic Bentanachs, one of the founders of the terrorist group Terra Lliure, as well as several councilors of the PDCAT (the party of Carles Puigdemont) and a deputy of Junts pel Sí, the separatist coalition formed by the old Convergence and the Republicans of ERC.

It is not the first time that Catalan separatism has fallen into racism, as I pointed out here. For many years Catalan separatists have often used derogatory references to the rest of the Spaniards – for the Catalans are also Spanish – comparing them with Jews, Berbers and Africans (as if being a Jew, a Berber or an African was something bad) and attributing to the Catalan people a European, Celtic and even Aryan ancestry. The paradox is that more than a million Catalans descend from Andalusians, and as is logical, many Catalans have ties of kinship with the rest of the peoples of Spain. Despite this, some separatists do not stop resorting to a detestable racism as part of their hate speech against Spain. A hatred that has been fostered in many Catalan schools at the initiative of separatist teachers and that has had the support of the nationalist government of that Spanish region.