In October, a separatist attacked an 11-year-old boy from the same family

Catalonia: A Family Apartment Is Burned by Having the Spanish Flag on its Balcony

The separatist mafia acted again last night in the town of Balsareny (Barcelona), governed by a formation, People of Balsareny, related to the far-left party Podemos, and in which there are no constitutional councilors.

About 2:30 in the morning, they have launched an incendiary object against the apartment of a family with three small children, for having a Spanish flag hanging on their balcony. The door of the house has begun to burn and there has been an even greater misfortune because the dog has awakened the family and it has called the firefighters. Pilar Riesco has posted on his Twitter account some photos that show the effects of the attack: 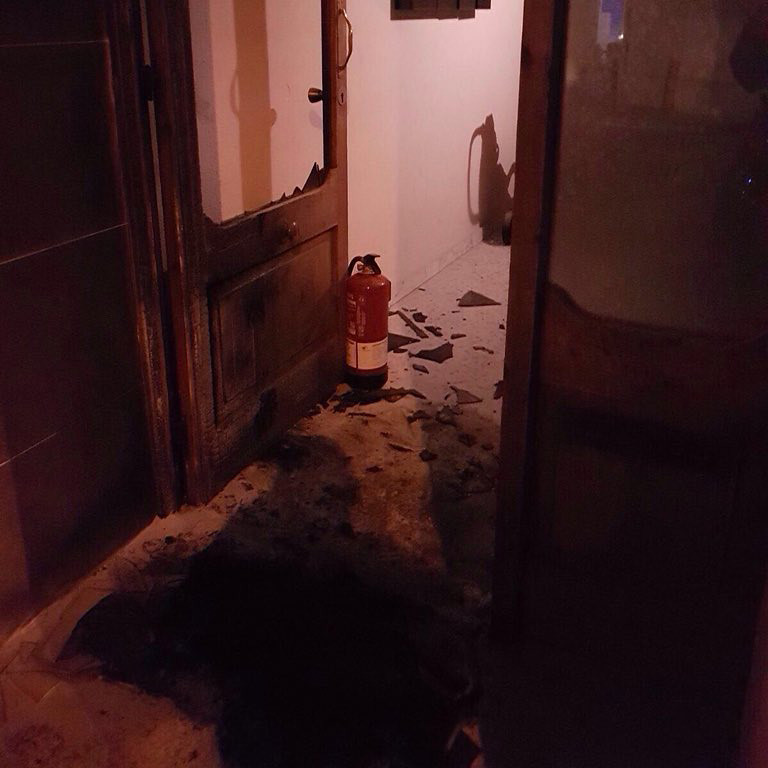 From what you see in the photos, not only did they attack the interior of the house, but they also tried to burn – unsuccessfully – the Spanish flag hanging on the balcony: 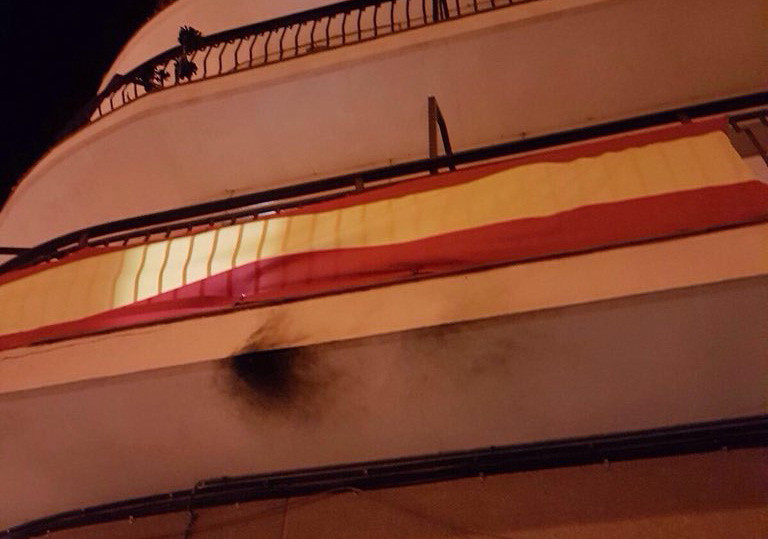 José Ramón Bosch has also published this photo showing the damage caused at the door of the address: 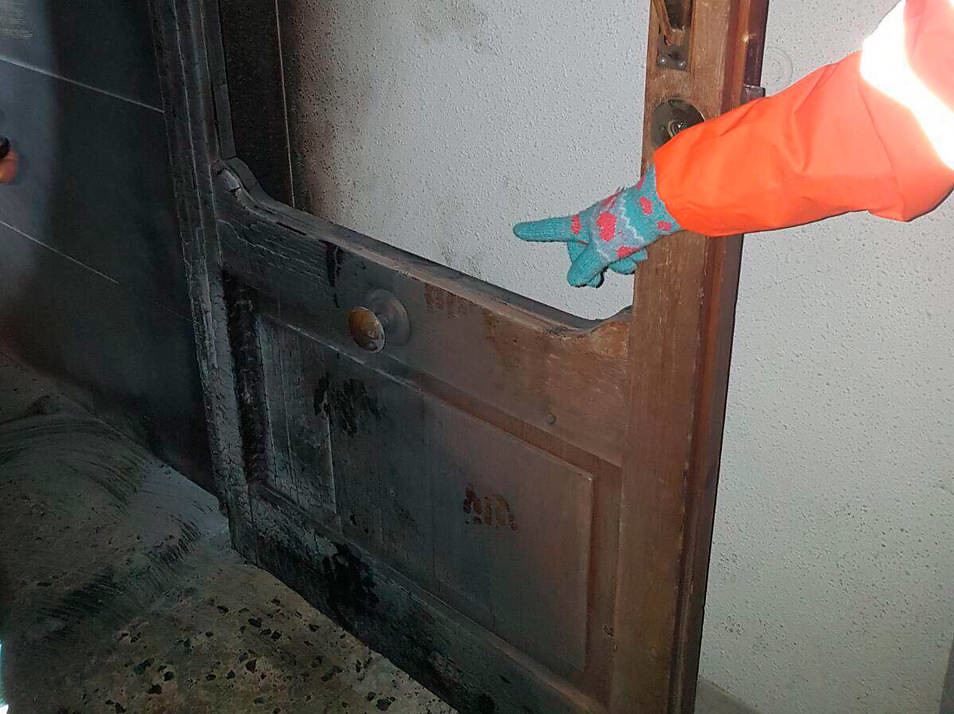 When the firemen arrived, the fire had already been extinguished with the help of local police, according to TV3. A person has had to receive medical attention because of smoke inhalation. To make matters worse, the fire truck that has come to the fire had attached propaganda separatist, despite being a vehicle of public ownership: 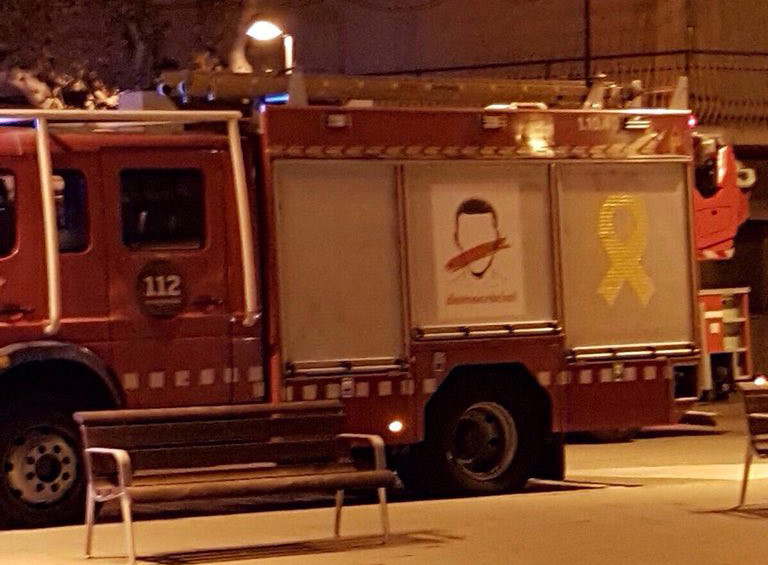 It is the circumstance that the 11-year-old son of the owner of this apartment was attacked by a separatist on October 21. The boy had come out in defense of his younger sister, who had ripped off some papers stuck to a wall, when a neighbor of the town faced the girl. The adult attacked the child, damaging his neck and back. The child ended with a great attack of anxiety and fear. The family went to the emergency room immediately, and the child was diagnosed with several contractures and was fitted with a cervical collar. The aggressor has been identified by the family, who filed a complaint with the Catalan Police, but there has been no news about it so far.