Most media have hidden the leftist ideology of the killer woman

Peru has been shocked by a brutal crime that victimized the young feminist Solsiret Rodríguez, who disappeared in August 2016 and for which there have been numerous mobilizations.

A crime whose characteristics demonstrate the sadism of the murderer

On February 14, Andrea Aguirre Concha – whose photo heads this entry – and her former partner Kevin Villanueva were arrested in connection with this crime. Aguirre confessed to having dismembered the young feminist and hid her remains in various places. One of the most macabre details of this horrendous crime is that the murderer had in her house the skull of the murdered for more than three years in a box. As reported last Wednesday by the Andean Agency, the Institute of Legal Medicine and Forensic Sciences of the Public Ministry of Peru has confirmed that the remains found in Aguirre’s home are from Solsiret Rodríguez. The autopsy performed on the remains of the murdered woman has revealed that she was beaten with a blunt object and great violence in the face, a fact that denies Aguirre’s statement, which claimed that Solsiret Rodríguez had died from a fall, and that it showed that the murder was perpetrated with great sadism. It is speculated that the possible motive for crime would be jealousy.

The killer woman is a feminist and a leftist extremist

The striking thing about this case is that the murderer and quacker, Andrea Aguirre, is a feminist and activist of the far left. This is demonstrated by her Facebook profile, in which she follows several far-left pages, some of them communist, and also the feminist page of Paro Internacional por las Mujeres – Perú. These data have been shared on social media and by some Peruvian websites, such as Lima Gris and Turquesa News. However, the mainstream media have hidden that fact, and quickly feminist groups have jumped into the arena to deny that the murderer was feminist. Specifically, the feminist group “Ni una menos” has labeled “miserable” to those who have disseminated that fact that, as we have seen, can be verified in the killer’s own Facebook profile. The denial is absurd, because a feminist is a murderer does not mean that all are, but responds to the tendency of this movement to criminalize entire social groups for what makes a small minority. For example, in December the group “Not one less” published its version of the lyrics of the song “The rapist is you”, labeling male “students”, “teachers” and “authorities” as rapists.

The manipulator title of the Spanish far-leftist newspaper Público on the crime perpetrated in Peru, presenting it as “macho violence” despite the fact that the murderer and quacker is a feminist woman.

The newspaper Público says that Solsiret was killed by “macho violence”

In Europe, the media silence about the killer’s ideology has been total. Leftist media such as El País, Eldiario.es and Público have reported on this case without revealing the killer’s ideology. The most surrealist case, due to its degree of manipulation, has been that of the newspaper owned by Jaume Roures, and that is that Público has even assured that Solsiret Rodríguez was murdered for “macho violence”, despite the fact that the murderer and quacker is a feminist woman. In an informative treatment radically different from what they have done with the crime perpetrated in Peru, El País, Público and Eldiario.es did report the condition of “far-rightist” of Tobias Rathjen, the mentally disturbed man who perpetrated two attacks in the German city from Hanau last Wednesday in which nine people were killed. 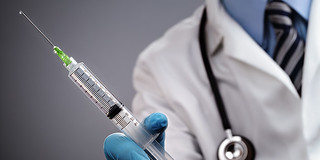 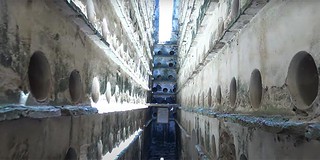 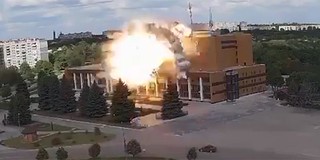