Lenin killed and starved several million people between 1917 and 1924

Yesterday it was evident again how alarming is the presence in the Government of Spain of ministers in favor of a totalitarian ideology.

Yesterday was 150 years since the birth of Lenin, the first communist dictator. The Communist Party of Spain (PCE) celebrated it with a message in which he refers to that tyrant with these words: “The Russian Revolution, organized by the Bolshevik Party with his leadership opened an era of liberation for the working class and peoples of the world. His work and example are a guide for those of us who are fighting for socialism today.” You can see here the screenshot of the message published by the PCE: 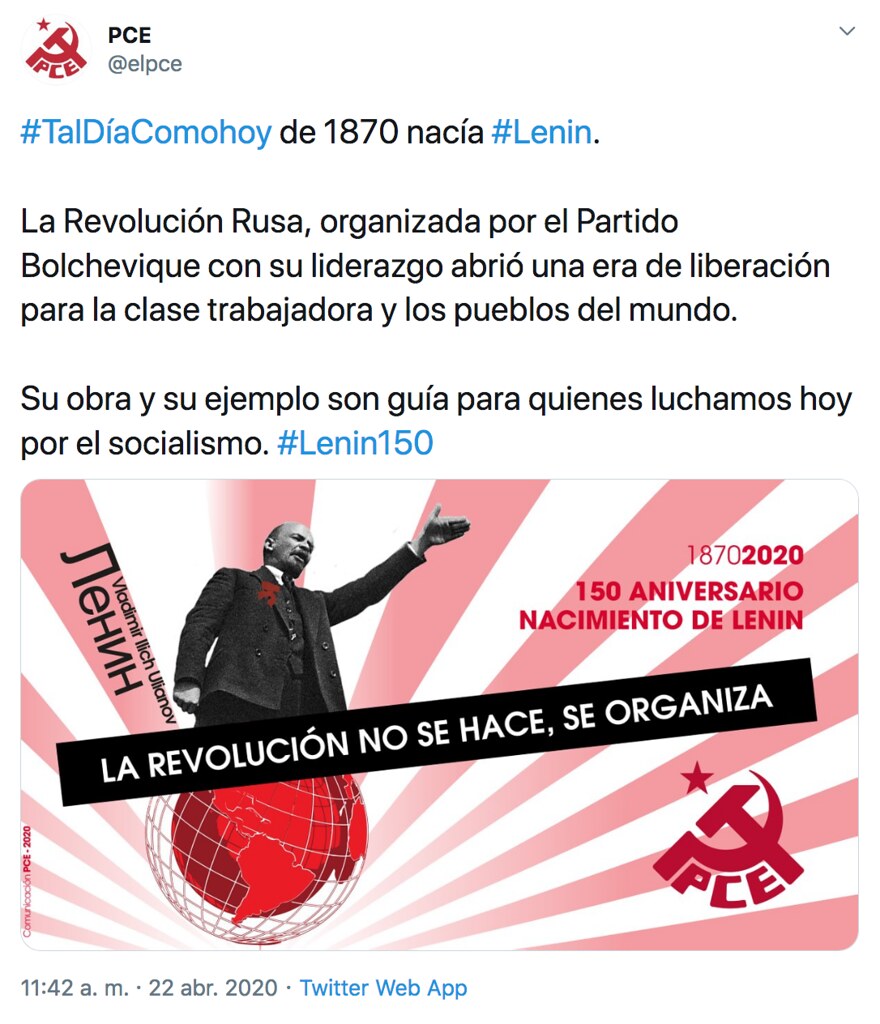 The PCE’s words are a radically aberrant historical forgery. Lenin did not launch any “liberation”, but rather a brutal dictatorship that lasted 74 years, a one-party regime without free elections and in which the most basic rights and freedoms were systematically violated. The coup d’état carried out by the Bolsheviks in November 1917 liquidated the nascent Russian democracy. In fact, it must be remembered that the Communists violently seized power and remained in it after having been defeated in the constituent elections of that year, in which the Social Revolutionary Party won.

A bloody dictatorship characterized by its sadism

The dictatorship established by the Bolsheviks in November 1917 was one of the wildest mankind has ever known. In the six years that Lenin’s tenure lasted, more than a million people were killed for political or religious reasons, and there were between 3.9 million and 7.75 million deaths due to famines, largely caused by the massive confiscations ordered by Lenin and his Communist colleagues. Lenin’s communist regime used the most sadistic methods of torture and execution against political dissidents, religious, small farm owners and strikers. To exercise his repression, Lenin created a brutal political police, the Cheka, and the first major network of concentration camps in history: the Gulag. Some still believe that Stalin was the “bad” and Lenin the “good”, but both were just as perverse and supported the use of terror for political purposes.

Two ministers of the Spanish Government are members of the PCE

Two ministers of the Spanish Government are members of the PCE: Alberto Garzón and Yolanda Díaz. Three years ago, on the occasion of the centenary of the aforementioned Bolshevik coup in Russia, Garzón spoke at a PCE meeting before a large portrait of the dictator Lenin, himself posting the photo on his Twitter: 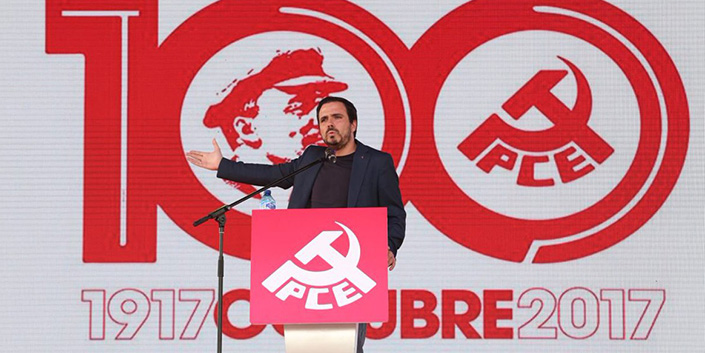 It must be remembered that in October 2019 Garzón called Francisco Franco “genocidal”. In turn, the Lenin regime killed 10 times as many people in just 6 years as the Franco regime in 40 years, according to the highest death toll attributed to Francoism by historians such as Hugh Thomas. If -according to Garzón- Franco was a genocide, then the party of the communist minister is setting as an “example” to follow a genocidal ten times worse as Lenin was.

For these reasons alone, these two ministers should be expelled from the Government. Spain must not have in its Council of Ministers anyone who belongs to a party that praises genocidals. In fact, it is worth asking how it is possible for such a party to be legal, taking into account that the Spanish Penal Code, in its Article 510, expressly prohibits the apology for genocide and its authors.