However, they respected the statue of the communist dictator Lenin in Seattle

Anti-racism? Black Lives Matter attacks a memorial to the victims of communism

Many media outlets claim that the violent protests of the 'Black Lives Matter' (BLM) movement are motivated by "anti-racism". That's right?

Last week I already told you about the attack on the monument to Tadeusz Kościuszko, a Polish hero who opposed slavery, located in Washington DC very close to the White House. In London, BLM activists have also attacked the statue of Winston Churchill, the prime minister who led the British resistance against Nazism and who was also a highly critical person with communism. In the capital of the United Kingdom, BLM also vandalized the statue of Abraham Lincoln, the president of the United States who achieved the abolition of slavery in that country, and also the first to belong to the Republican Party.

BLM attacks on memorial to victims of communism in Washington DC

In case there is any doubt that the far-left is directing these violent protests, it is enough to observe a very revealing fact that has been practically ignored by the media. As denounced by the Victims of Communism Memorial Foundation on June 2, the statue that remembers the victims of communism in Washington DC was attacked the night before. A graffiti with the initials "BLM" of Black Lives Matter was painted on the monument. The director of the Foundation, Marion Smith, has declared: "You do not advance justice by defacing our country’s memorial dedicated to one of the largest victim groups in human history—those killed by communist parties in power."

It is not the first time that this monument has been the target of hatred and attacks by the extreme left. In April 2017, members of the so-called "Party for Socialism and Liberation" were photographed making offensive gestures towards the monument, specifically towards the inscription located at the base of it, which recalls the more than 100 million deaths caused by that totalitarian ideology: 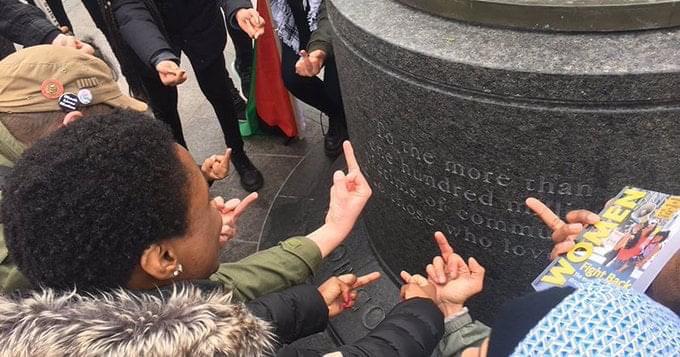 Curiously, and although that city has been one of the most protested sites of the far-left in the United States in recent days, the one that has not been vandalized is the statue of the dictator and genocidal communist Vladimir Lenin in Seattle, Washington, as many American netizens have pointed out. It is located in the middle of the street in the Fremont neighborhood, it is made of bronze and is almost 5 meters high. 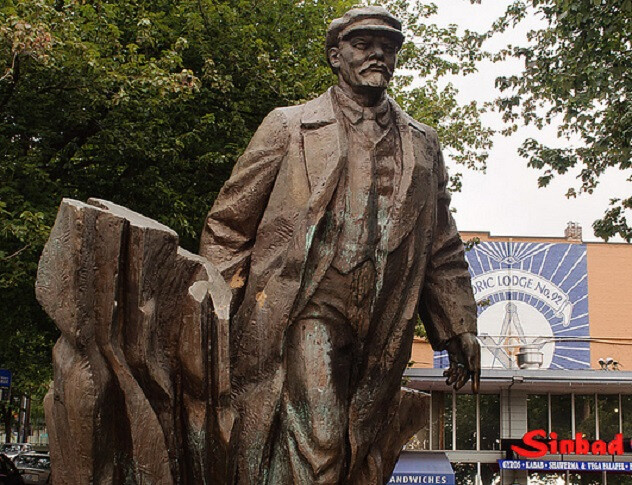 The statue was created by Slovak sculptor Emil Venkov in 1988, and was demolished in 1989 during the Velvet Revolution that ended communism in Czechoslovakia. An American businessman, Lew Carpenter, bought and installed it in Seattle in 1993, with the intention of decorating his business, but he died shortly afterwards in a car accident. Since then the statue has been for sale, looking for someone to buy it for its foundry, but despite constant price cuts, there have been no offers to purchase it yet.

The statue has sparked great controversy in the city, as Lenin was a brutal dictator, whose regime killed more than a million people for political reasons in six years. In addition to suppressing strikes by executing strikers, he created a bloody political police force, the Cheka, with savage methods of torture and murder, and established the first major network of concentration camps in history, the Gulag. Uniquely, for the Black Lives Matter ultra-leftists, none of this is cause for complaint, but they have found reasons to vandalize monuments to famous defenders of Liberty. Draw your own conclusions.