Jerzy Radłowski: the burial with honors of the last Polish soldier of the WWII in Spain

Jerzy Radłowski Nowak passed away on April 10, 2020, due to the pandemic. He was the last Polish World War II veteran to reside in Spain.

Jerzy's body was cremated. At the time of his death, all of Spain was confined because of the pandemic, so it was not possible to hold the funeral that a veteran soldier like Jerzy deserved. Last Sunday, May 27, the Polish Embassy in Madrid, the Poland First to Fight Historical-Cultural Association -of which Jerzy was an honorary member-, the Spanish-Polish Cultural Association Krakus of Móstoles and Polish citizens residing in Spain accompanied to the family of the deceased at a funeral and burial with honors, whose images were published yesterday by the Poland First to Fight association. 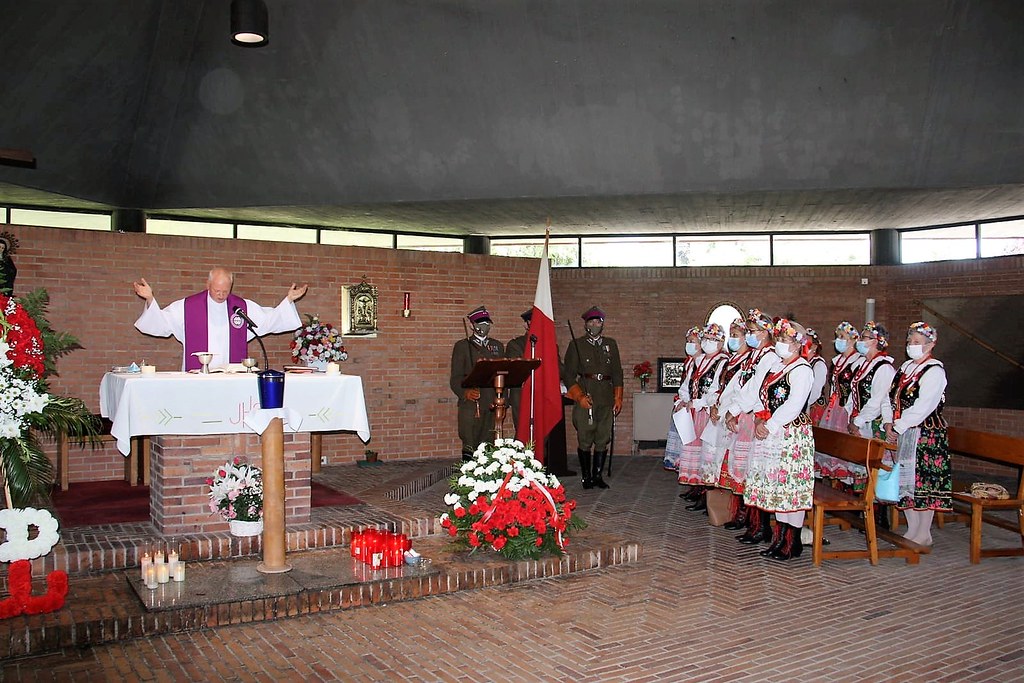 Before the burial, in the South Cemetery of Madrid, a funeral Mass was celebrated for Jerzy's eternal rest. 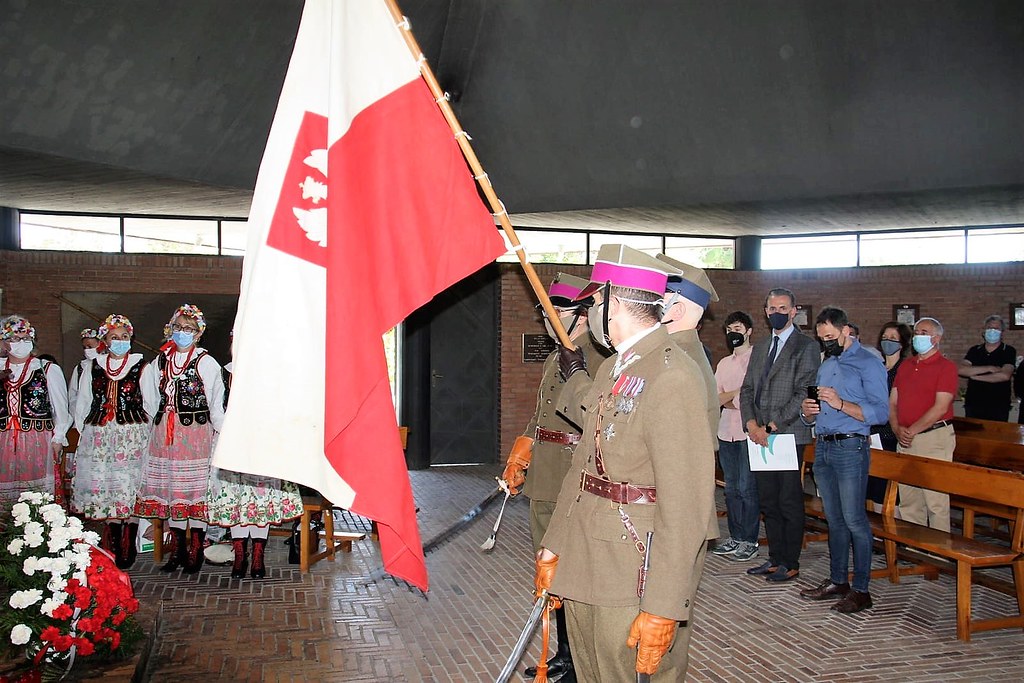 At Mass, members of the Poland First to Fight association stood guard with the Polish National Flag, wearing uniforms like those worn by the Polish Army in 1939. 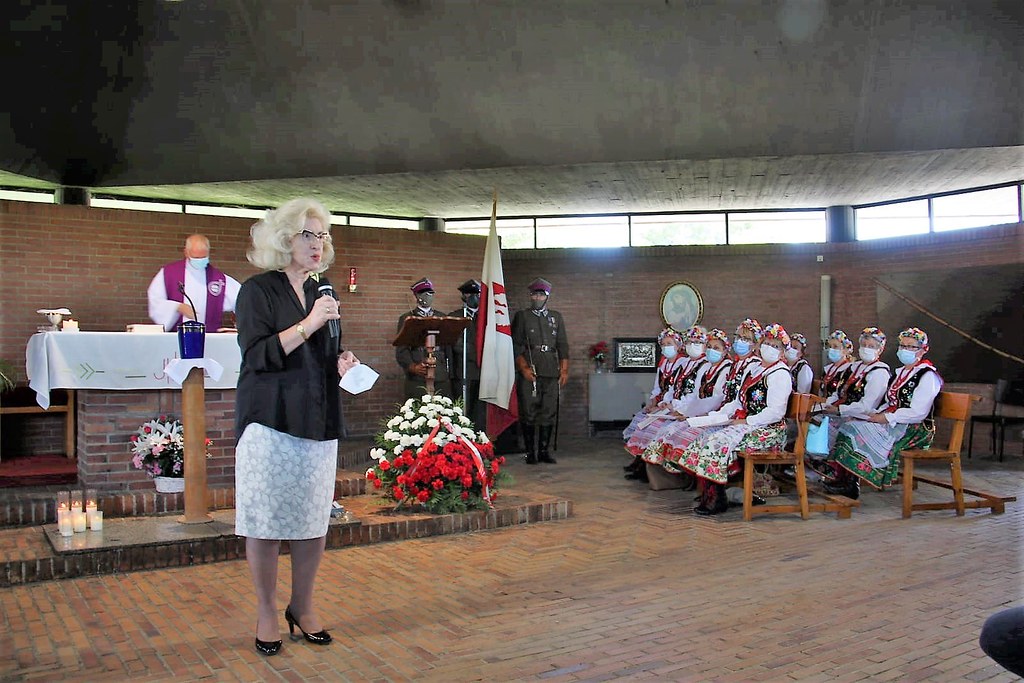 The funeral Mass and the burial were attended by the Polish Ambassador, Marzenna Adamczyk, and the Polish Defense Attaché, Colonel Robert Tkatczyk. 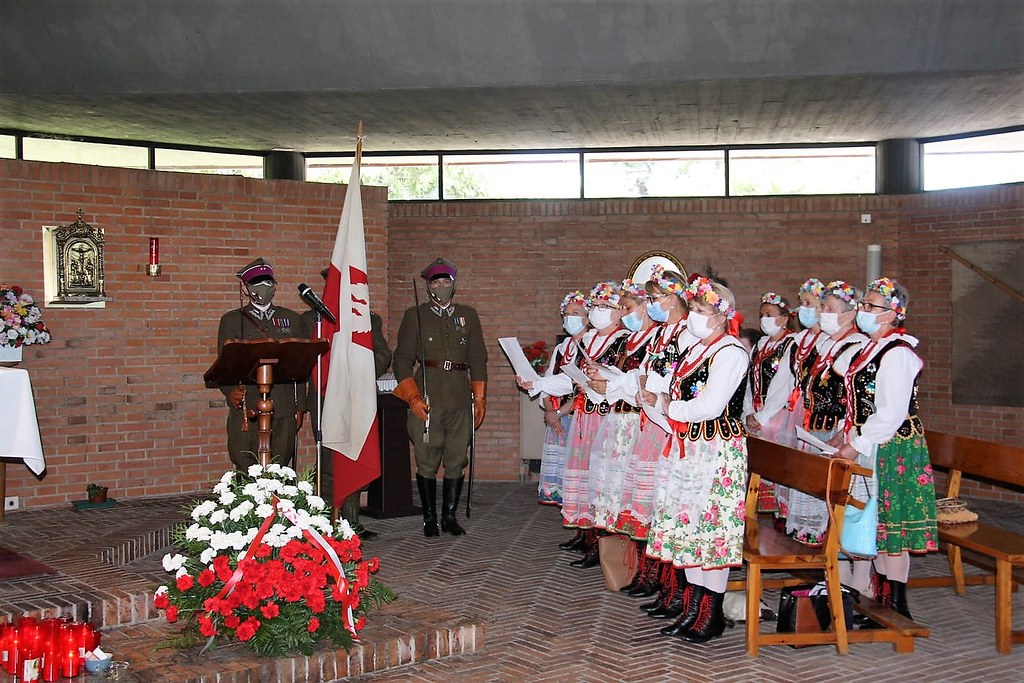 The Mass was attended by the choir of the Krakus association. 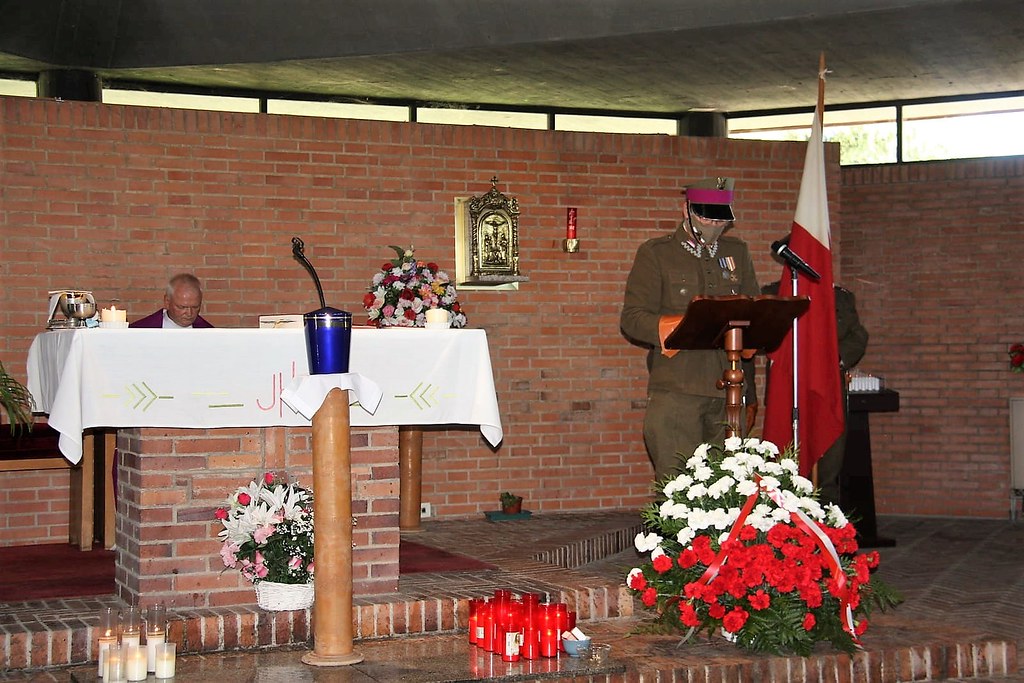 The Mass was held in the presence of the urn with Jerzy's ashes. A member of the Poland First to Fight association read a few words in memory and tribute to the deceased soldier. 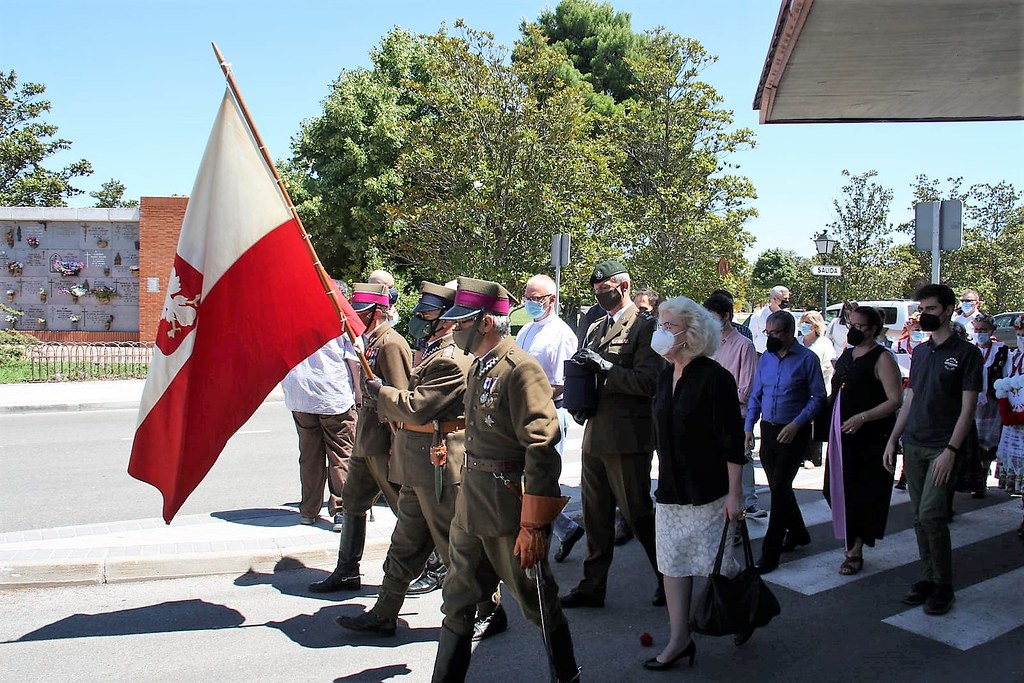 After the funeral Mass, a funeral procession led by the Polish Flag escorted Jerzy's ashes. 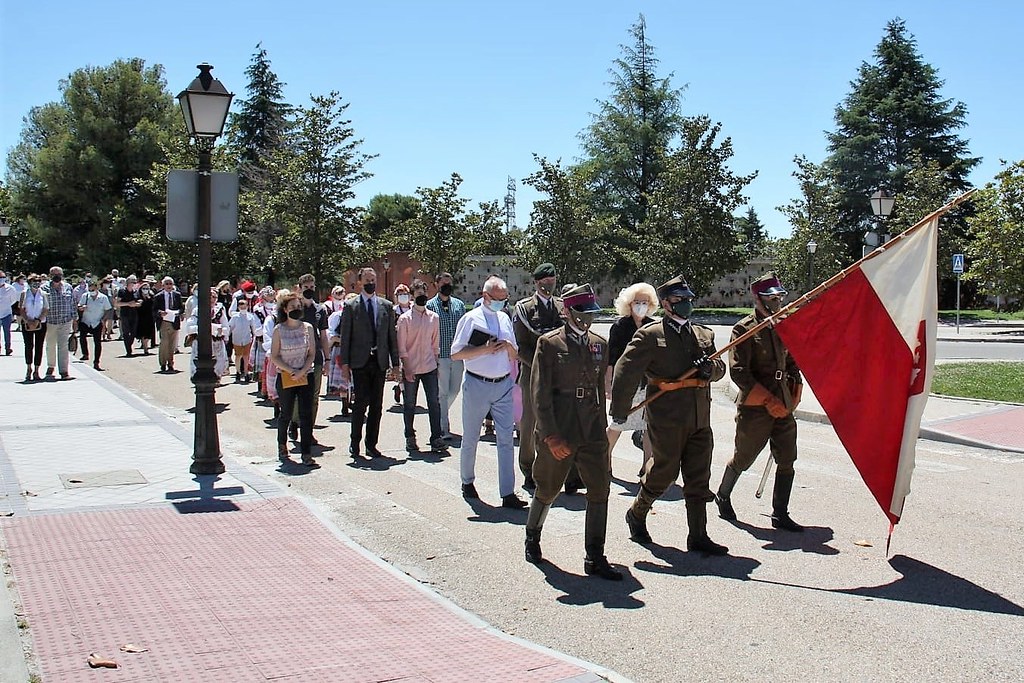 Another image of the funeral procession, which was well attended and shows the admiration and affection that many people felt for Jerzy. 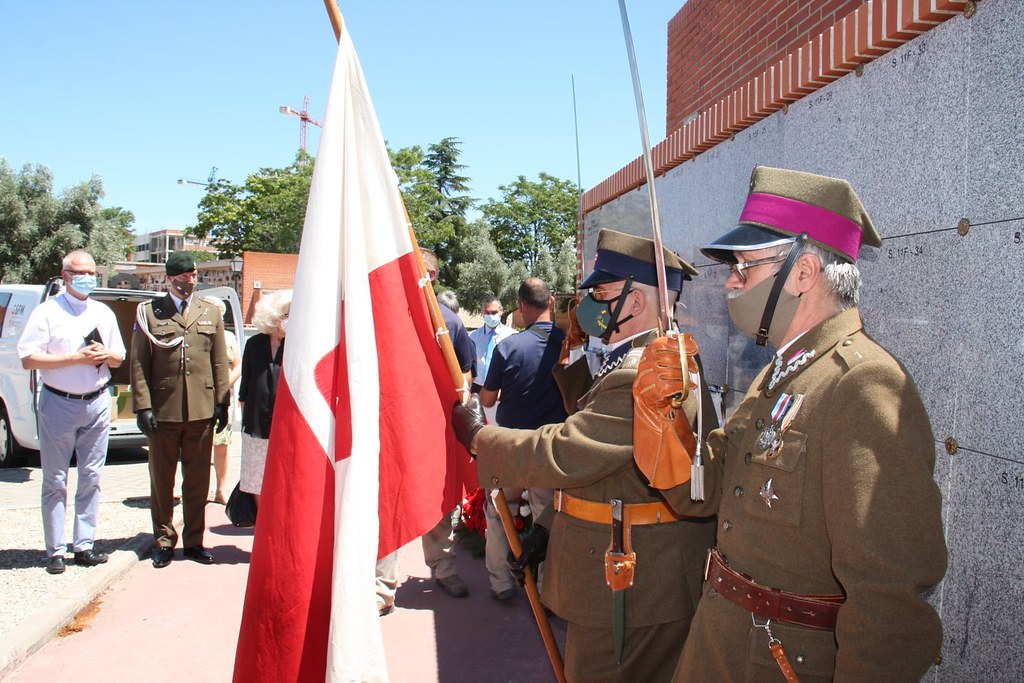 Finally, Jerzy's ashes were buried in the cemetery, honoring the deceased members of Poland First to Fight. 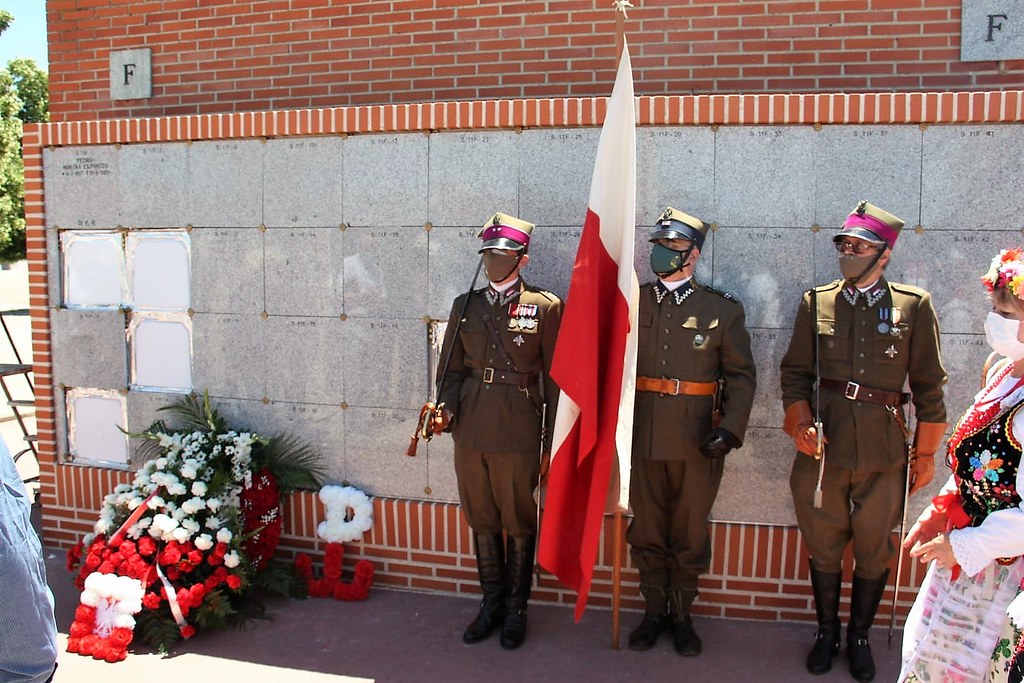 The flower offerings to the deceased carried the colors of the Polish Flag, and included the National Coat of Arms and also the Kotwica, the insignia of the Armia Krajowa, the Polish resistance organization that Jerzy enlisted in 1942. 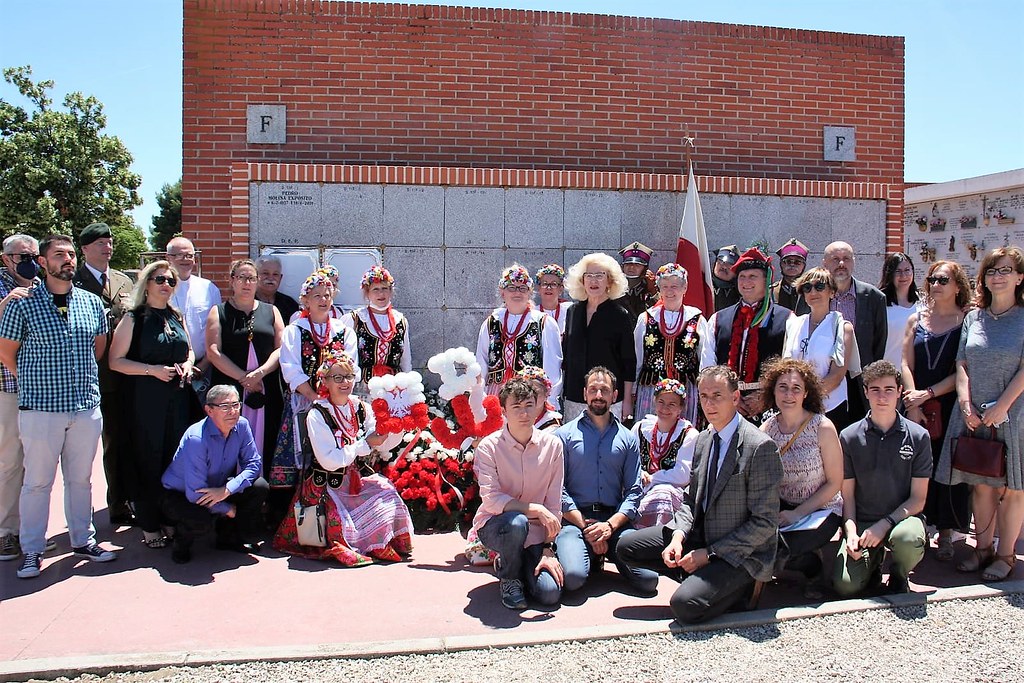 "Within the pain of the loss, we have the small consolation of knowing that Jerzy has had the funeral of a soldier, and of having been able to contribute modestly to it," the Poland First to Fight association said. 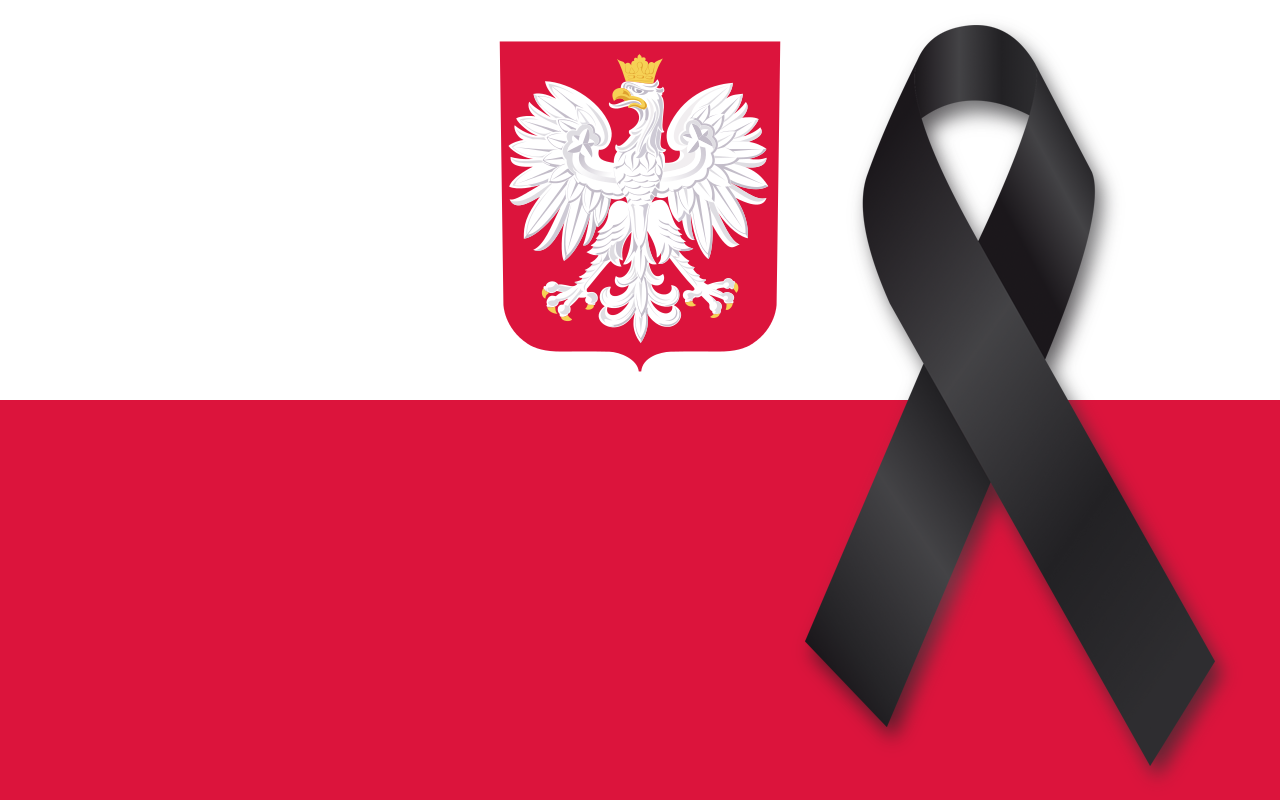