Last Saturday a commemorative act of the National Holiday of the Polish Constitution was held at the Polish Embassy in Madrid.

This holiday is celebrated every May 3, but due to the health situation, the celebration, which took place in the gardens of the Embassy, was delayed. In addition, in this act, Ambassador Marzenna Adamczyk bid her farewell. She ends her mission after almost five years being the highest representative of Poland in Spain and Andorra. 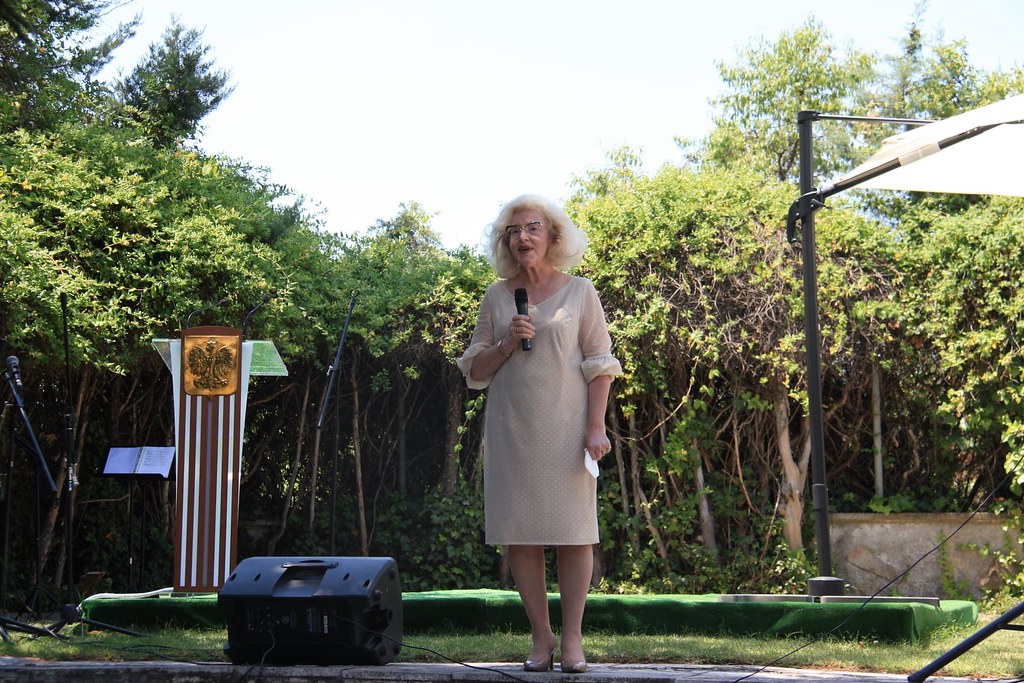 We are going to miss hr cheerful and affable character, which has served to bring Poland a little closer to the Spanish people. 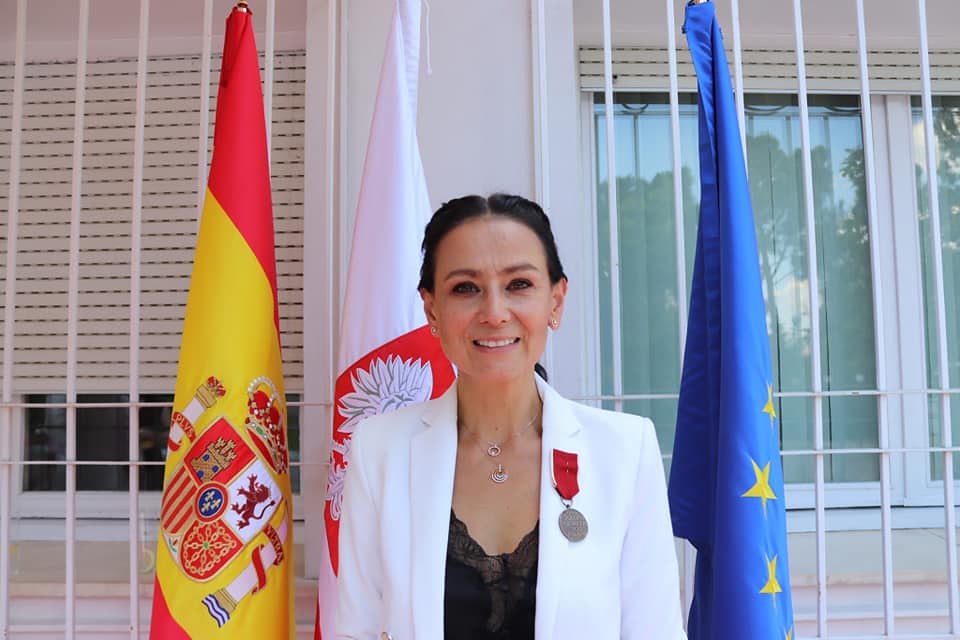 During the event, the ambassador awarded the Bene Merito Medal to Katarzyna Bracisiewicz, president of the Karol Wojtyla Polish Association of Segovia. It is a medal awarded by the Polish Ministry of Foreign Affairs to Polish citizens and citizens of other countries "in recognition of their merits in promoting Poland abroad." 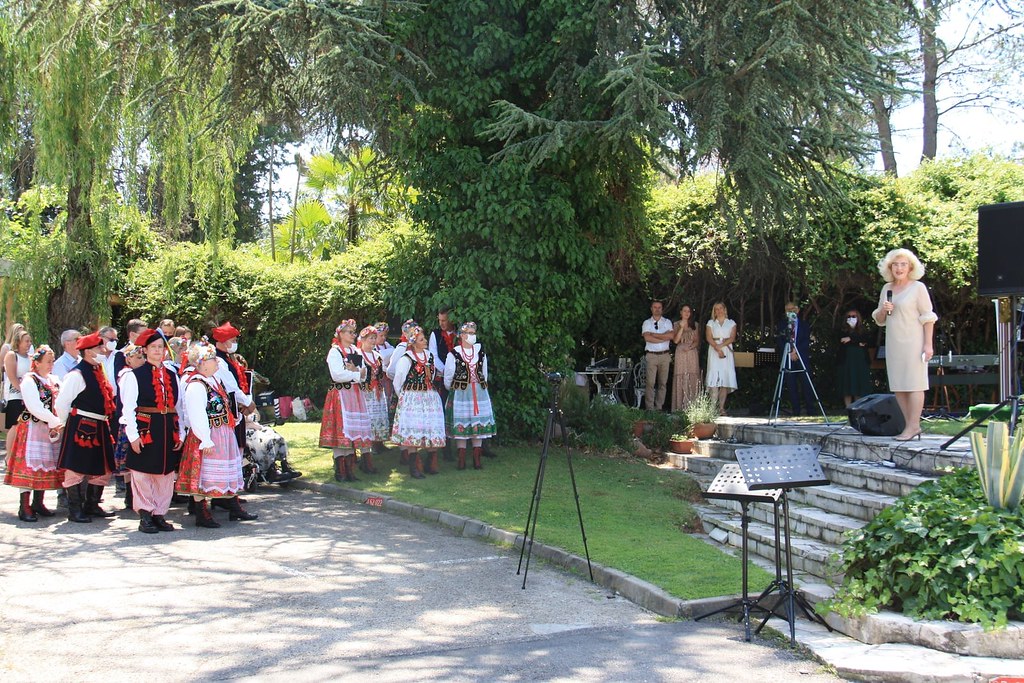 The event was attended by members of the Krakus Hispano-Polish Cultural Association of Móstoles, which groups Polish citizens residing in Spain. They attended the event wearing traditional Polish clothing. 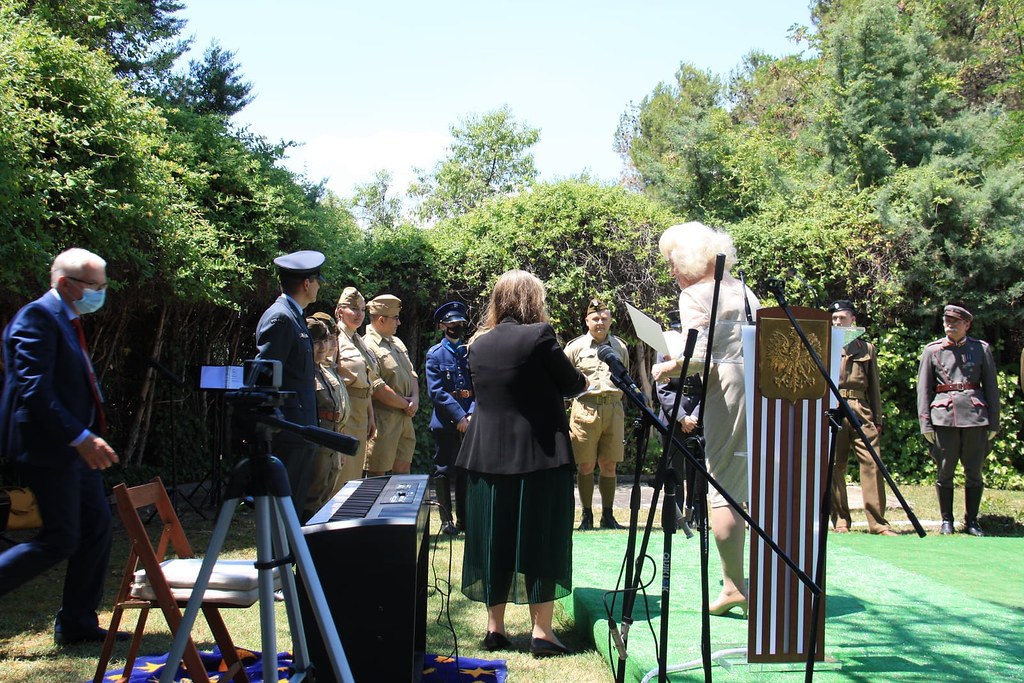 During the event, the ambassador also presented the Commemorative Medal of the Centennial of Poland's Independence and its corresponding diploma to members of the Poland First to Fight Historical-Cultural Association, which is dedicated to recreating various episodes of the fight of Poland for its Freedom during the 20th century. Its members attended the event in uniforms from the Polish-Soviet War of 1919-1921 and World War II. 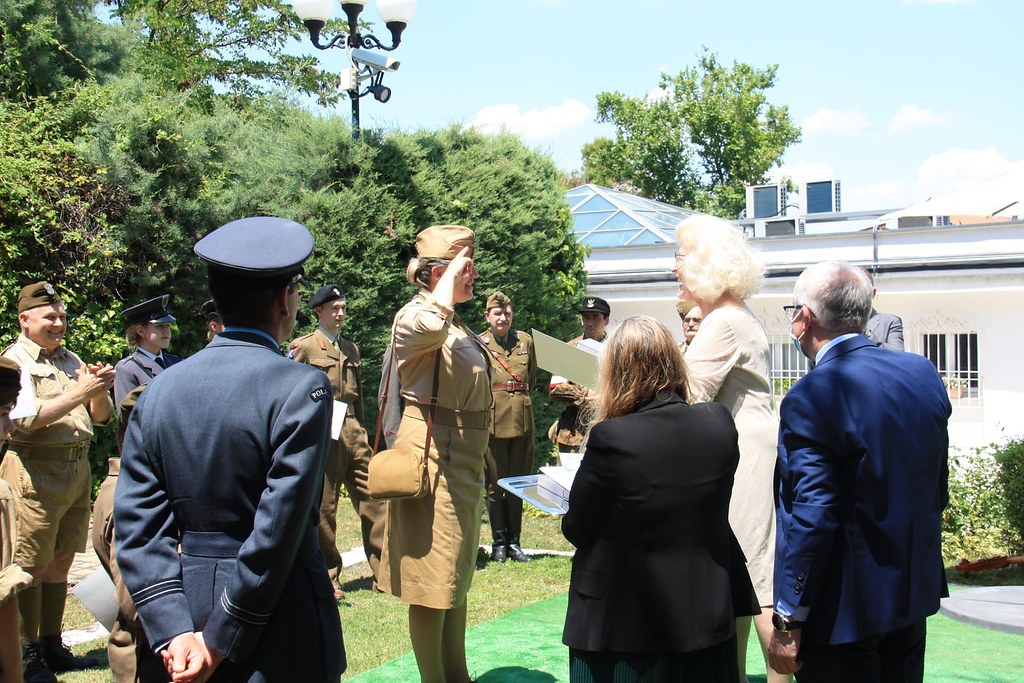 This medal has been awarded by the Prime Minister of Poland, Mateusz Morawiecki individually to each of the awardees. It was established on May 8, 2018 established by resolution of the Polish Council of Ministers to commemorate the Centennial of the Recovery of Independence and to commemorate the rebirth of the Polish State on November 11, 1918, after the end of the World War I. 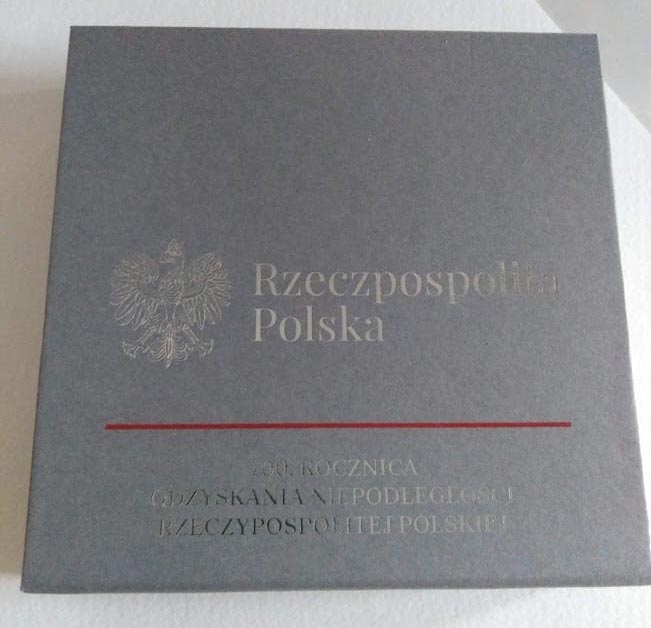 The medal is a silver badge measuring 80 x 80 millimeters. On its obverse is the White Eagle, the national insignia of Poland, and the portraits of great personalities who starred in the recovery of Polish independence: Wojciech Korfanty, Ignacy Jan Paderewski, Wincenty Witos, Józef Piłsudski, Roman Dmowski, Ignacy Daszyński and Józef Haller. On its obverse there is an image of the Polish Legions with this quote from Józef Teodorowicz, the last Armenian Catholic Archbishop of Lviv: "What those generations did, why couldn't you do it?" 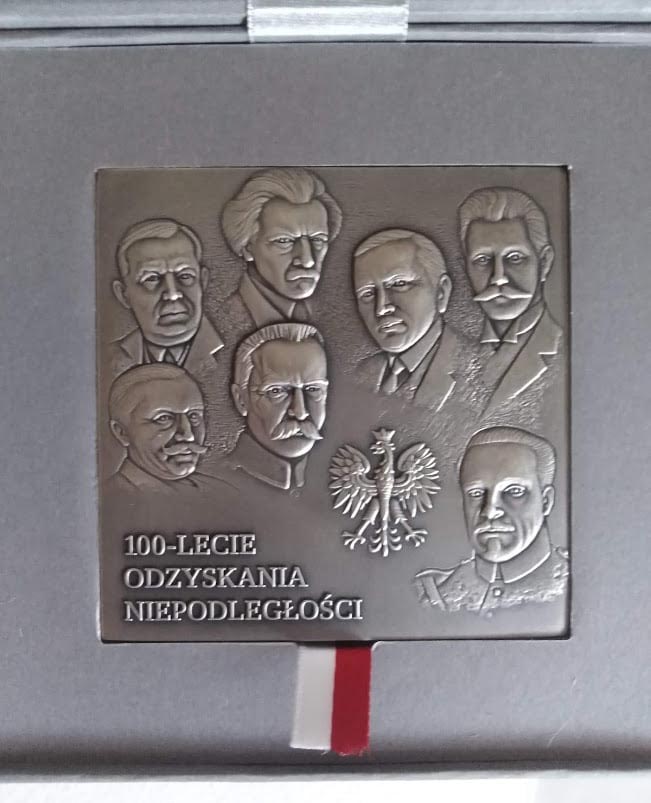 I have had the great honor of being one of those awarded, something that moves me and I am grateful to Prime Minister Morawiecki, because Poland is a Nation for which I have great admiration. I also thank the members of the Poland First to Fight Association for the tireless work they do to honor Poland and its heroes, and for the honor they give me by offering me the opportunity to contribute a grain of sand to that work.