Byelorussia’s hybrid attack on Poland is to be found on the Polish border with military personnel from other countries supporting their Polish allies.

Last week we already had news of the military aid sent by the United Kingdom (an engineering unit of the British Army), and before that the United States also made its military support to Poland visible. Today, finally, a country of the European Union has announced the dispatch of military personnel to support Poland on the border with Belarus, and paradoxically the announcement has been made by a small country that has one of the smallest armies in the EU.

The Estonian Armed Forces announce the dispatch of 100 troops

The Eesti Kaitsevägi (Estonian Armed Forces) announced this morning the dispatch of 100 troops to Poland to support their allies against the hybrid attack by Belarus with the support of Russia. The announcement was made in a brief message on their official Twitter account, which was answered by the Polish Defense Minister, Mariusz Błaszczak, with these words: “We are happy to accept Estonia’s proposal. We are conducting talks to agree on the details of this support. More information soon.”

The relationship between Estonia and Poland goes back a long way. Estonia belonged to the Polish-Lithuanian Commonwealth before the country’s partition at the end of the 18th century, forming part of the so-called Duchy of Livonia. The two countries achieved their independence in 1918 after World War II, and both had to defend it against the Russian Bolsheviks, a fight in which the small Estonian Army was favored by the Polish victory against the Soviets in 1920. Poles and Estonians were allies in the interwar period, having a powerful common enemy: the USSR. Both countries suffered on their soil the invasion of Stalin’s Red Army between 1939 and 1940 and the deportation of a part of their population to Siberia. Estonia was annexed to the USSR after World War II, and did not regain its independence until 1991. 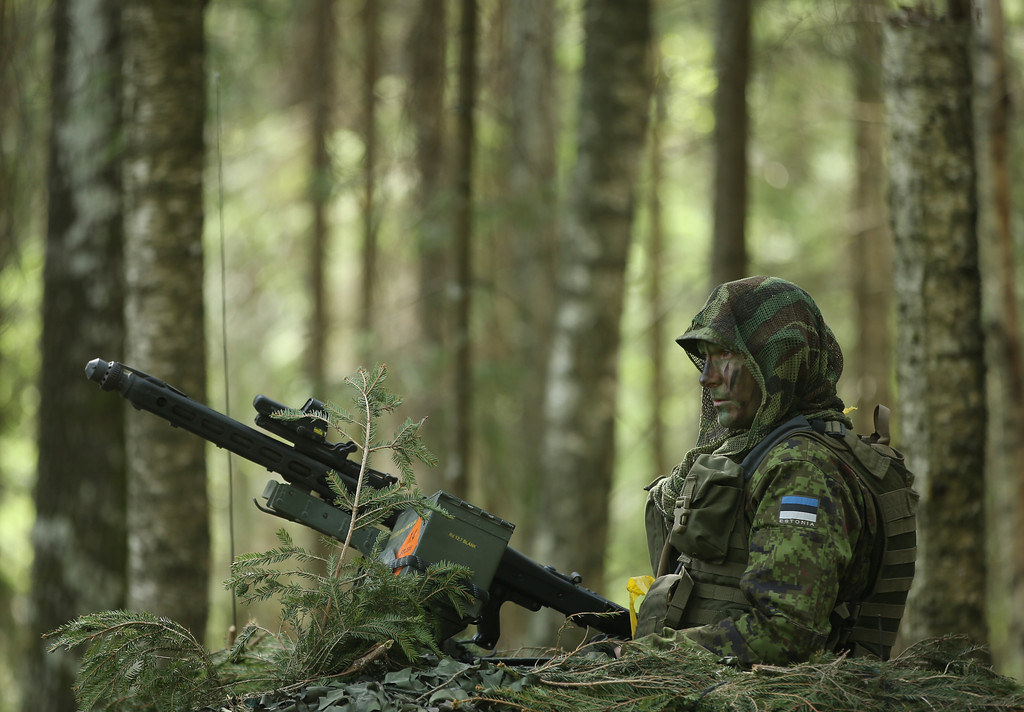 With a force of 6,500 servicemen divided into Land Forces, Navy and a small Air Force, the Eesti Kaitsevägi are one of the smallest armed forces in the EU. Only Latvia (6,210), Malta (1,950) and Luxembourg (900) have smaller armies than the Estonian. Like the other Baltic republics, the Estonian Army has forests as its main element. In fact, 10,000 Estonians formed the so-called “Forest Brothers” (Metsavennad, in Estonian) after World War II, an anti-communist resistance that received the same name in Latvia and Lithuania. Above, a member of the Estonian Army Scout Battalion during maneuvers in 2014 (photo via World Armies). 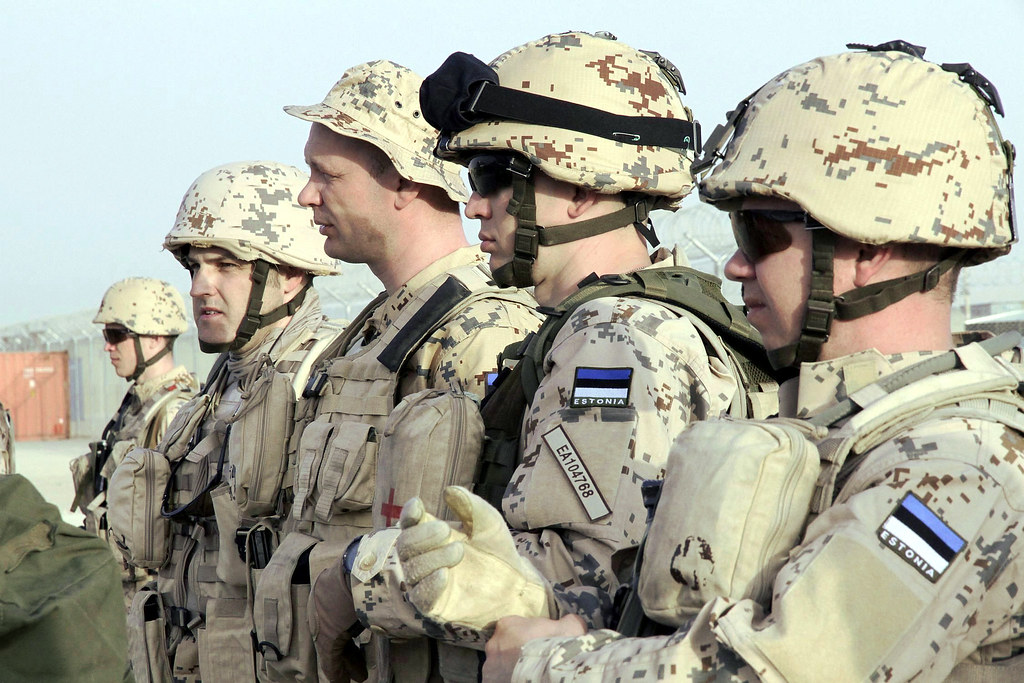 After the fall of communism, the Estonian military has actively participated in missions abroad, specifically in Iraq, Afghanistan and Mali. Today Estonia is a member country of NATO, which allows it to receive the support of other allied countries. In June 2019, Spanish soldiers from the BD-II of the Tercio de Armada landed on the island of Saaremaa, in Estonia, as part of Exercise Baltops 19. On these lines, Estonian soldiers at Camp Bastion, Afghanistan, in May 2012 (photo via World Armies).