Wojtek: the history of a bear who was a corporal in the Polish Army in World War II

In many wars, humans have used animals for all kinds of missions. In the Polish Army there was a bear who was a soldier and became a corporal.

As you know, World War II began with the invasion of Poland by Nazi Germany and the USSR. Tens of thousands of Polish soldiers were taken prisoner by the Soviets and sent to Siberia, while 22,000 Polish officers were killed in the Katyn massacre on Stalin’s orders. When Germany turned against its former ally and invaded the USSR in June 1941, the USSR agreed to form an army corps from the Polish prisoners it held on its soil. That was the origin of the Second Polish Corps, whose members, accompanied by their families, began a long journey through the Middle East to join the British in North Africa.

That army corps, commanded by General Władysław Anders, left the USSR in the spring of 1942. On their way through Iran, Polish soldiers found a boy who was carrying an orphaned brown bear cub. Irena Bokiewicz, a civilian accompanying the Polish soldiers, took a liking to the bear and convinced her compatriots to buy it. A few months later, the bear was taken care of by the soldiers of the 2nd Transport Company, who decided to name him “Wojtek”, a very common Polish name that means “happy warrior”. The bear accompanied the Polish soldiers to Egypt, where the Second Polish Corps was assigned to the Italian campaign. 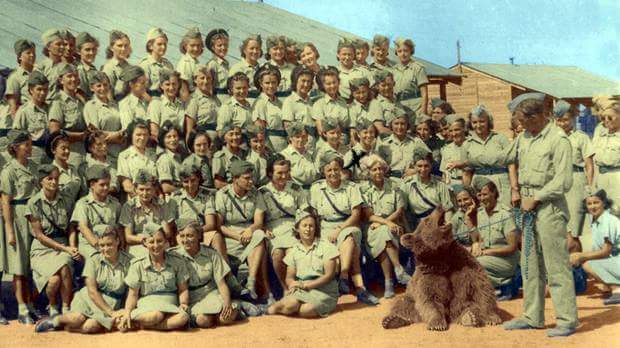 When it was time to board, the British pointed out that their ship’s regulations prohibited pets on board, so Wojtek was officially enlisted in the Polish Army, given a charter and pay. Checking its credentials, the British had no choice but to ship the bear, which by then was already very large. In that campaign, the 2nd Transport Company became the 22nd Artillery Supply Company, which fought in the bloody Battle of Monte Cassino in 1944. 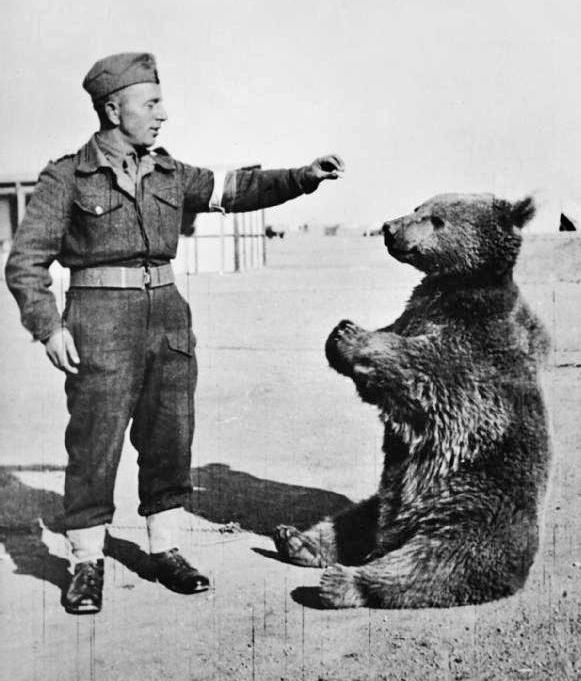 Seeing his human comrades carrying boxes of artillery ammunition, Wojtek made a gesture as if to offer to help, so one was strapped to its body and the bear spent that battle helping in its own way to transport ammunition, becoming so popular that its Company adopted as its emblem the image of a bear carrying a cannonball. For its services in that battle, the bear was promoted to corporal, which is why today in Poland he is known as “Kapral Wojtek” (Corporal Wojtek). 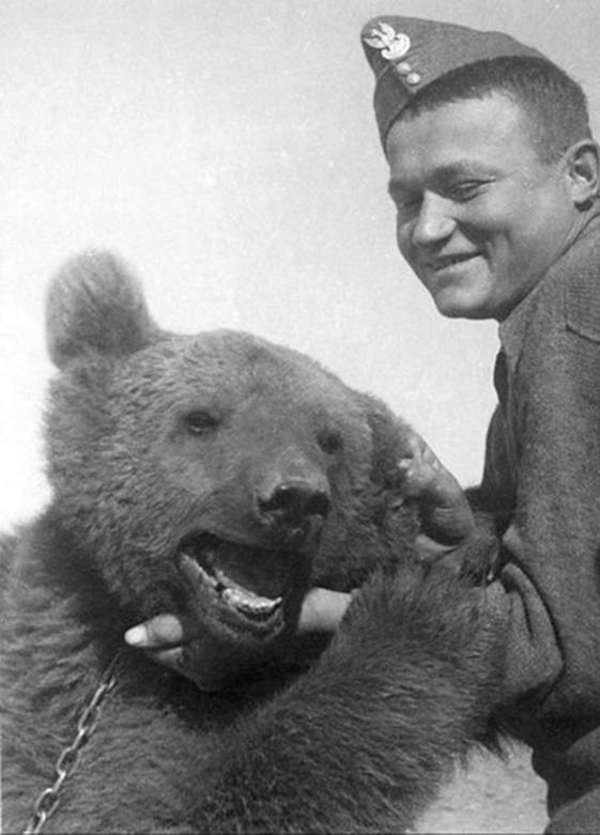 At the end of the war, many soldiers who had fought in the Second Polish Corps were taken to the United Kingdom, being forced into exile, because they were stripped of their nationality by the communist dictatorship imposed by Stalin in Poland. Wojtek ended its days at Edinburgh Zoo, where its former comrades from the Polish Army often came to visit. The bear died in December 1963, at the age of 21. Today it is a very popular figure in Poland, and Warsaw and other Polish cities have monuments in its honor.

Yesterday, the YouTube channel Yarnhub published a video telling, in a somewhat free way, the history of this bear: