A terrible war crime in Popasna, occupied by Chechen militiamen

A head and two hands severed: the atrocious Russian treatment to Ukrainian prisoners

Russia is committing such heinous war crimes in Ukraine that they seem straight out of the darkest and most inhumane times in history.

WARNING: the images shown below may offend your sensibilities

A severed head and two hands nailed to a fence

An example of the extreme degree of atrocity of the Russian troops is a photo of Olena Sumina posted yesterday on Telegram by Serhiy Gaidai, governor of the partially Russian-occupied Lugansk region. The text that accompanies the photo reads as follows: "21st century, occupied Popasna, human skull on the fence. There is nothing human about the Russians, we are at war with non-humans."

I am very sorry to publish these images, but we are facing a situation very similar to World War II, with a criminal regime committing all kinds of atrocities and then denying them by system, as Russian propagandists have been doing through different channels. You can see here the message and photo published by Serhiy Gaidai:

And here is an enlargement of the photo taken by Olena Sumina, in which you can see a human head (in the center) and two hands (on the sides) severed and nailed to a fence. It is one of the most horrendous images that have been seen in these five months of Russian invasion of Ukraine. 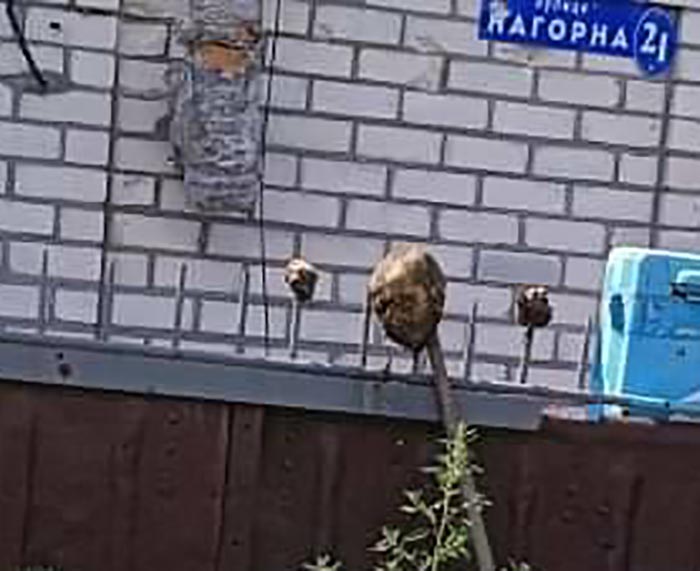 A Spanish internet user has managed to geolocate the crime scene

Based on the details of the photo, and specifically on the street sign, the Spanish Twitter user @TuiteroMartin has managed to geolocate the place where that photo was taken, confirming that it is the Нагірна вулиця (Nahirna vulytsya, Mountain Street) of Popasna, a Ukrainian town in the Luhansk region that was taken by Chechen troops on May 8.

At the end of July, a video about this war crime was published

I've been looking for more information so I can shed some more light on that creepy image. On July 31, Anton Gerashchenko, Ukraine's former Deputy Minister of Internal Affairs, posted this video on his Telegram channel, showing the decapitated body of a Ukrainian soldier and the same head and severed and nailed hands that appear in the photo of Olena Sumina.

Gerashchenko posted the following text in Ukrainian alongside the video:

"Well, the war, as it should be, enters the "puzzle phase." Unable to win a battle, Putin's soldiers go about their favorite business: torturing and killing prisoners and the wounded. In general, we have a lot of material that we do not publish due to the "image nightmare". And castration, by the way, is also there. If necessary, tell me, we will publish it. If you don't have the strength to see it, we will publish it and we won't do it from now on."

In the following video capture we can see that the decapitated corpse is wearing a uniform with the MM-14 camouflage of the Ukrainian Armed Forces, very similar to the American UCP camouflage. 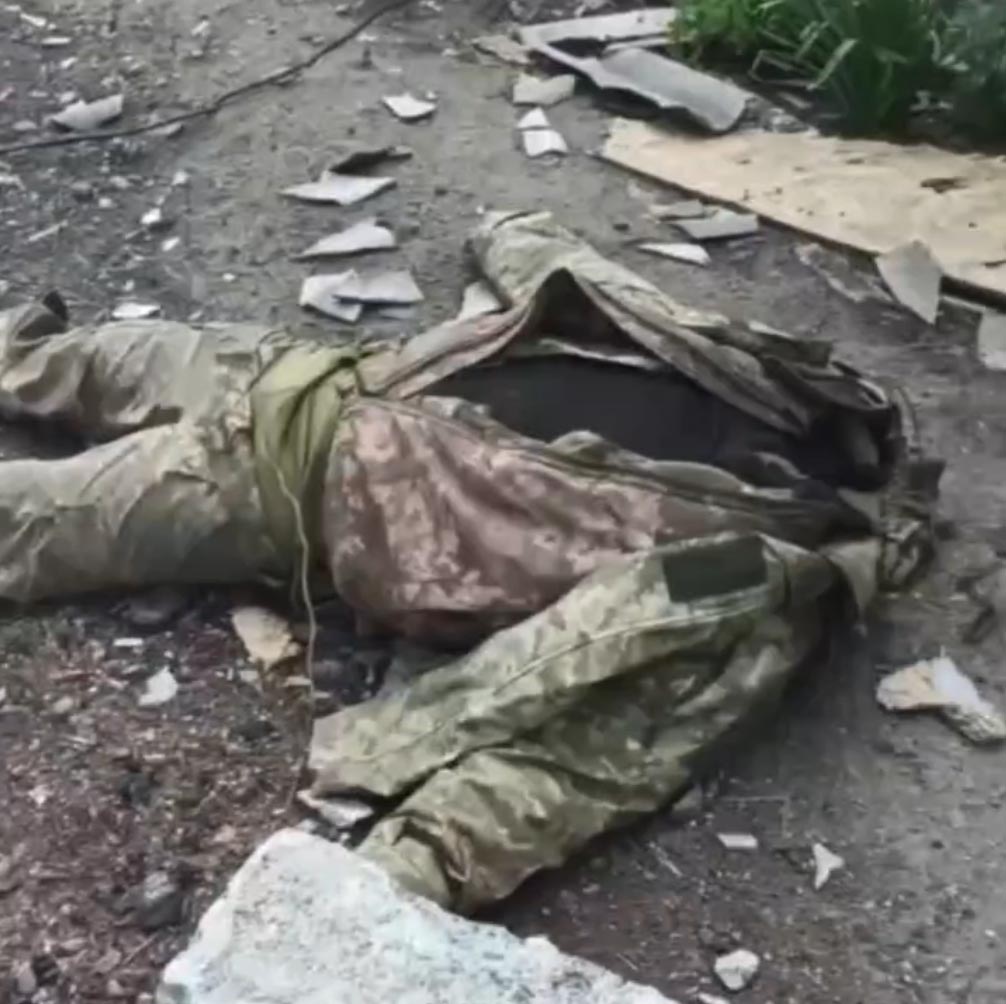 The severed head and hands are seen in more detail in the video than in the photo of Olena Sumina. 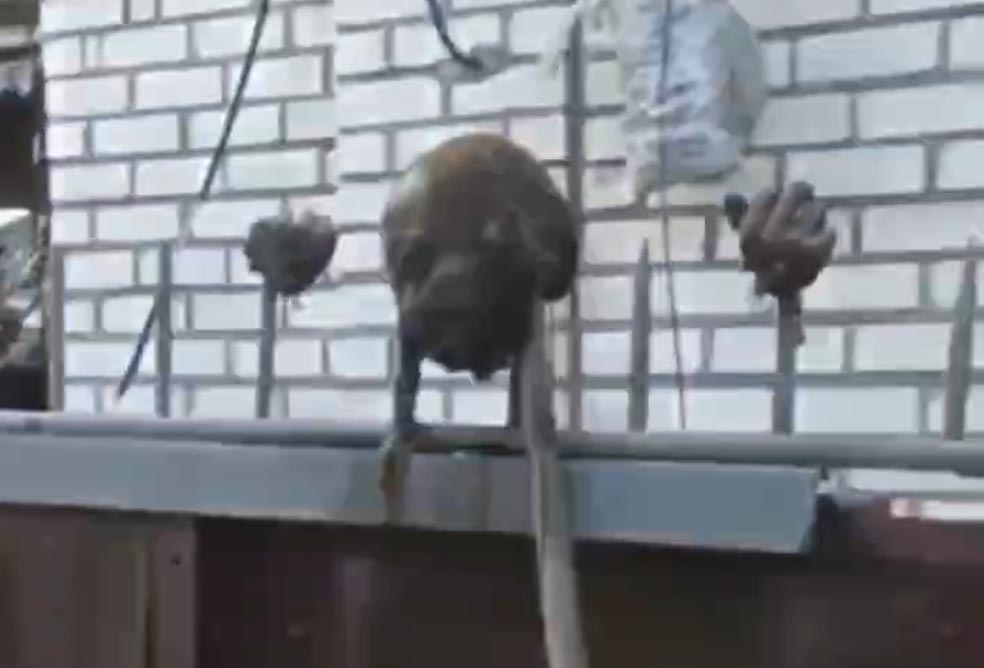 The video was originally posted by a Russian Telegram channel, @xoxol_uk, on the 26th of July at 21:22 CET. In recent weeks, this channel has been publishing photos and videos of the torture of Ukrainian prisoners and the mangled corpse of soldiers of the Armed Forces of Ukraine, openly bragging about these monstrosities. The channel's introductory text states the following: "Demilitarized VSUs [Ukrainian Armed Forces] and denazified Nazis who were found in Donbass will appear here."

I hope that the Ukrainian Prosecutor's Office collects all this material to bring it before the International Criminal Court. Russia acts as a terrorist state. Their military acts as murderers, torturers and rapists. Putin and his gang must pay for these crimes, which should be taken seriously by those who want the invasion of Ukraine to end with the invaded country giving in to the invaders. The only civilized way to end this war is the same as the war the nazis started: by defeating the invaders and bringing the war criminals to trial.