An excellent video made by a good connoisseur of Roman culture

This was a city of ancient Rome: an explained walk through the streets of Pompeii

The city of Pompeii is famous for the eruption of the Vesuvius volcano in 79 AD and for the figures of more than 1,100 victims of that tragedy.

Pompeii is fascinating in many aspects, and one of them is that it offers us the possibility of approaching in great detail what the cities of ancient Rome were like (their streets, their houses, their monuments, their services public) and what life was like in them. This is precisely the reason for an excellent video published a week ago by the channel Antigua Roma al Día that has gone viral in this time, with more than 145,000 views (a more than deserved success). Its protagonist takes a tour of those streets and explains to us in detail what we see, with the Latin names that each thing received. A video like this should be put in all schools when explaining that time in our history (the video is in Spanish, you can activate the automatic subtitles in English in the bottom bar of the player):

You can see here some screenshots of the video as a preview, although it is best to watch the video and listen to the explanations offered by its protagonist, in a very entertaining way. Here a fountain recently reconstructed by archaeologists, with the marks of the lead staples that joined the stone slabs. 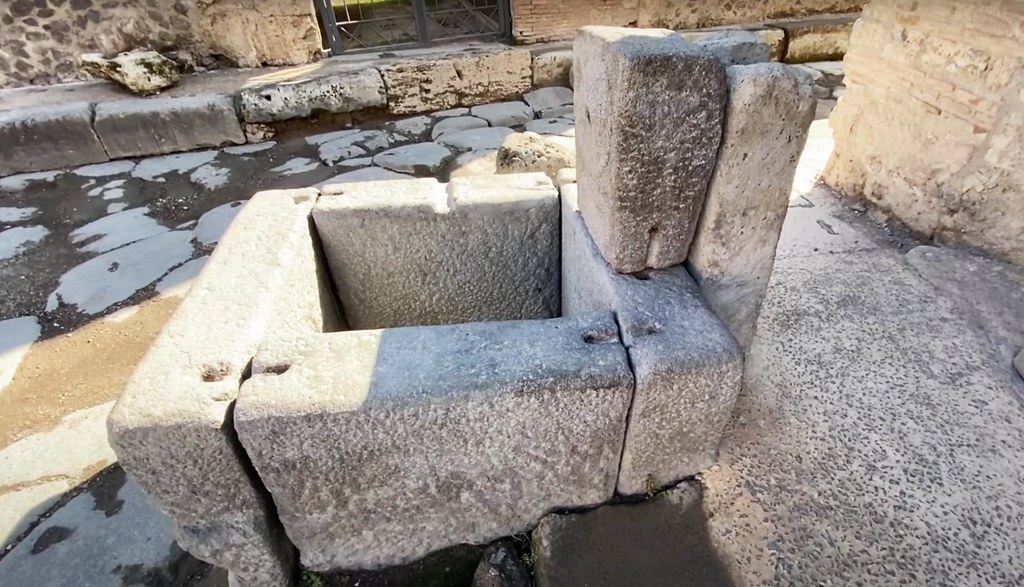 One of the secondary streets of the city, very well paved and equipped with sidewalks. 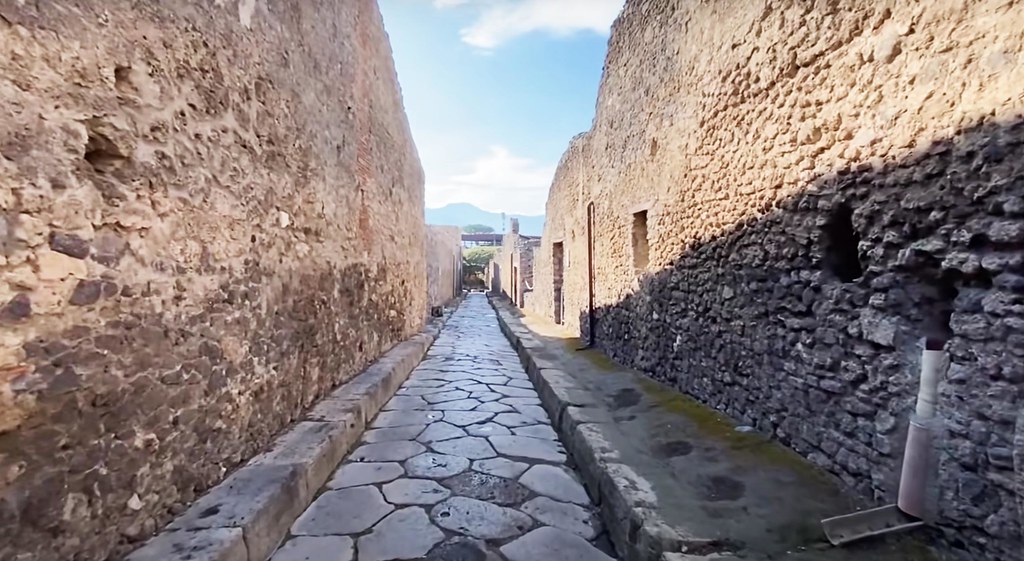 A small domestic temple, with which the family worshiped their gods. 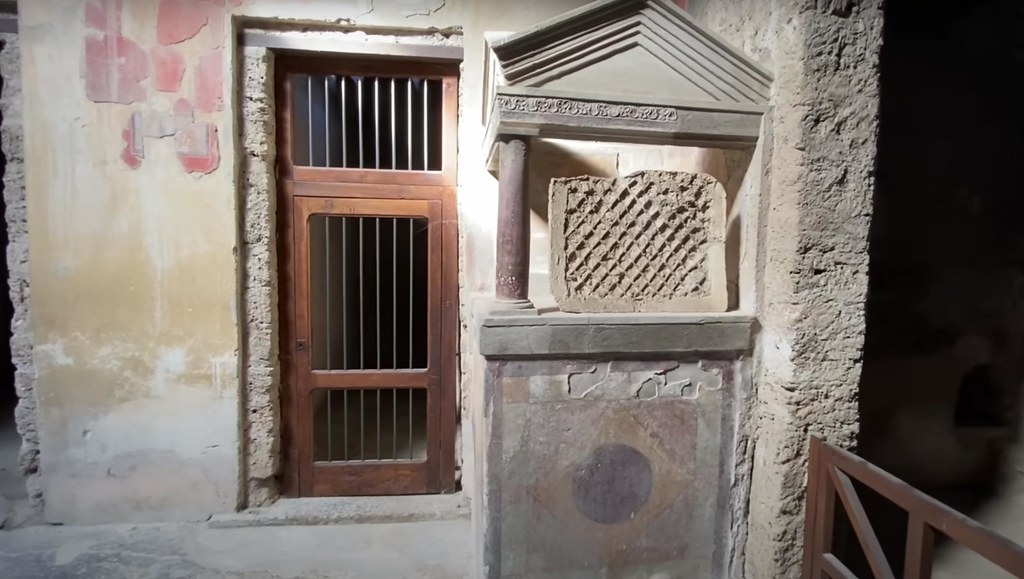 The peristyle of the inner courtyard of one of the houses, very well reconstructed. The garden has been elaborated from the roots found by archaeologists. 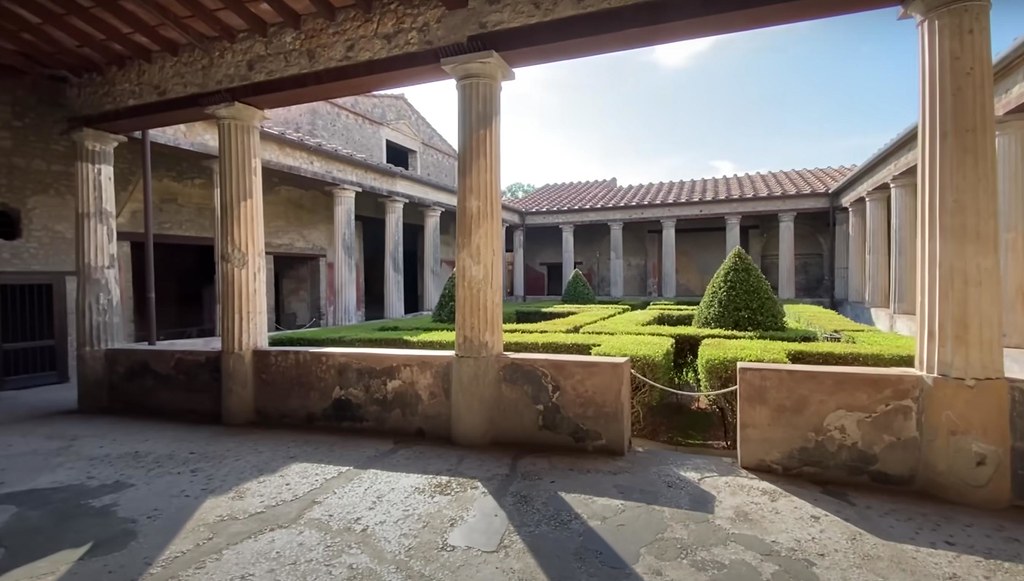 Electoral graffiti with the names of the candidates to occupy different civil servant positions in the city, positions that were designated by popular vote carried out among male Roman citizens. 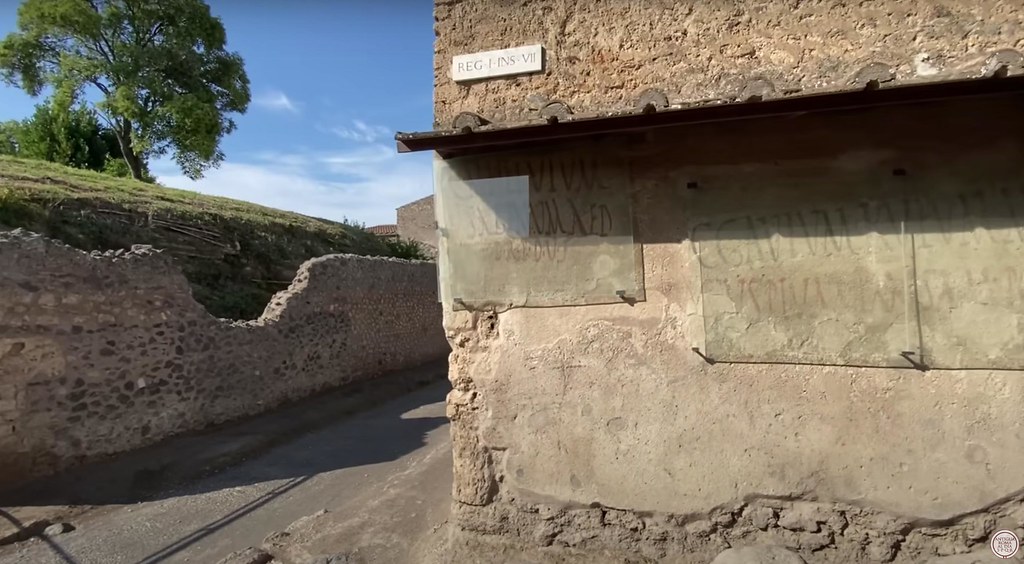 One of the main streets of Pompeii, with the pavement in very poor condition. The author of the video points out that this deterioration is due to the large influx of cars through this site. In fact, the marks of their passage in the stones can still be seen. 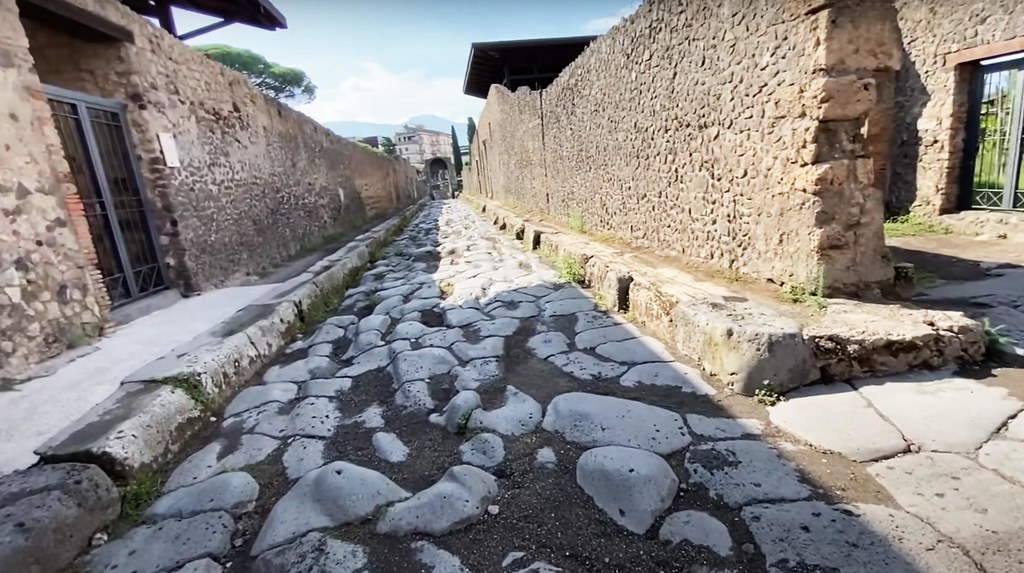