Ommegang: the great annual parade that shows flags of the Spanish Empire in Brussels

In the capital of Belgium, one of the oldest Christian processions in Europe is celebrated every summer, at the end of June: the Ommegang.

Ommegang is a Flemish term that some translate as "procession", although perhaps it would be more appropriate to translate it as "circumvallation", since its origin dates back to the 14th century, in the religious procession that the Crossbowmen's Guild carried out walking an image of the Virgin Mary through the city. 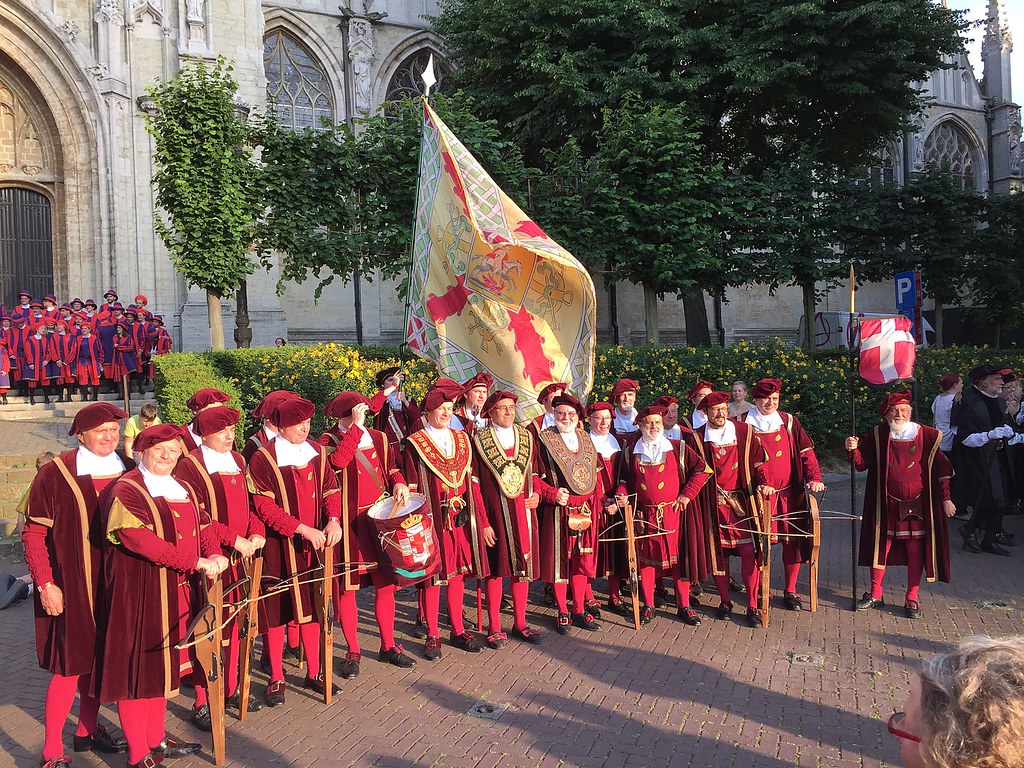 Reenactors in costumes of the Brussels Crossbowmen's Guild, which was the creator of the Ommegang, with a flag with the Cross of Burgundy, symbol of the Spanish Empire, at the 2017 Ommegang (Photo: Hispalois).

If the Ommegang became internationally famous, it is because in 1549 this procession was combined with the solemn entry into the city of the then Emperor Charles V, accompanied by his son, the future King of Spain Phillip II. The nobles of Brussels paid homage to the Emperor with great splendor, and flags representing each of the Empire's domains were carried in the parade. 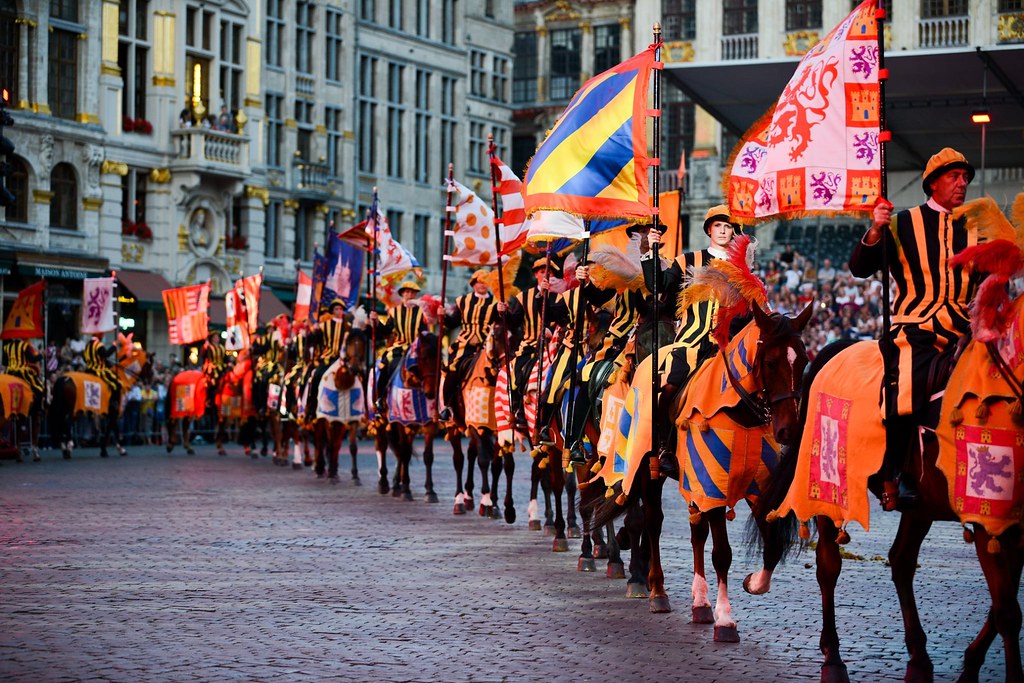 Ommegang parade of 2019, carrying the flags of the different domains of the Spanish Empire in the 16th century (Photo: City of Brussels).

In the years following that solemn entrance of the Emperor, the city of Brussels continued to celebrate the Ommegang, now converted into a religious and civil parade of homage to the Virgin, on the one hand, and of fidelity to Emperor Charles V, first, and then to King Philip II. The parade was banned when the Calvinists conquered the city in 1580, but was resumed at the end of the century, during the reign of Archduke Albert VII of Austria, nephew of King Philip II of Spain. The last of these processions in their original format was held in 1785, 81 years after the former Spanish Netherlands had been ceded to the Habsburg Empire. 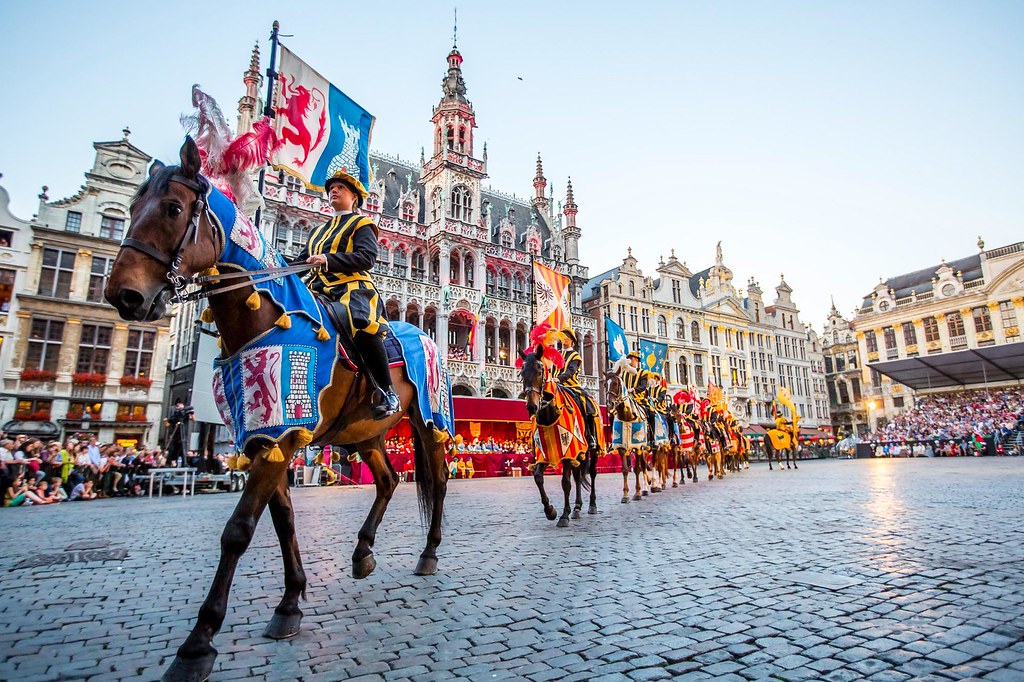 An image of the historical flags on display at the Ommegang. In fourth place is that of the Kingdom of Galicia (Photo: City of Brussels).

For a century and a half, only two Ommegang processions were held in Brussels in isolation, until in 1930 this parade was resumed as a historical recreation, taking as a reference the one held in 1549 in honor of Emperor Charles V. In 2019 the UNESCO declared it intangible cultural heritage of Humanity. 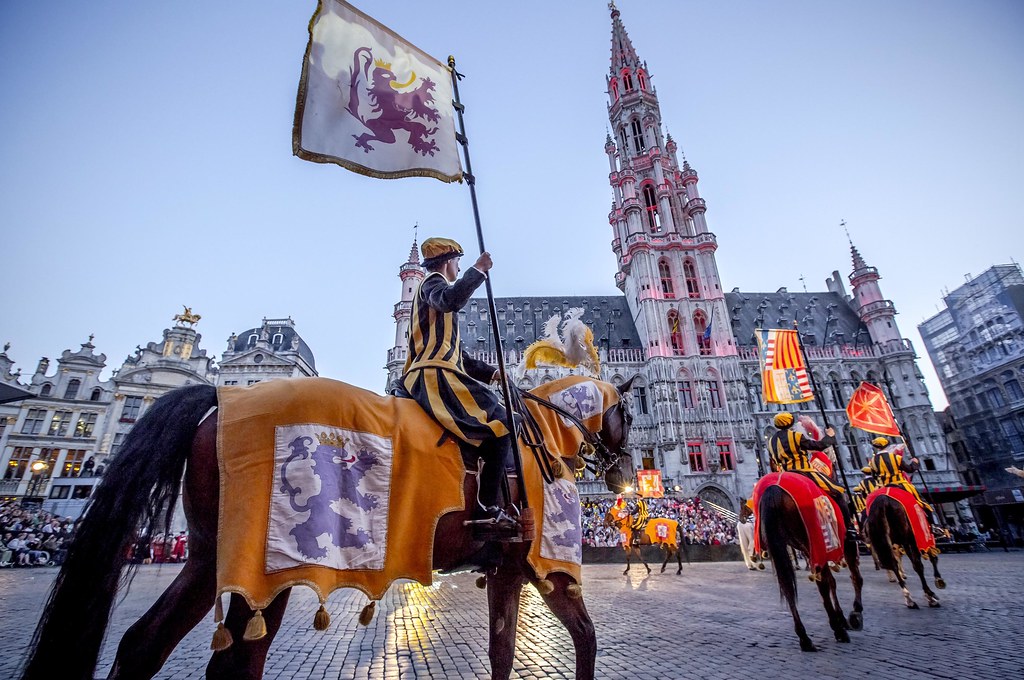 The current parade maintains part of its religious facet but is better known for its civil facet, especially for the display of horsemen in 16th century attire carrying colorful flags. Today, in addition to displaying the flags of the different European countries, the parade continues to display the flags of the different kingdoms that made up the Spanish Empire in 1549, just as they were then. 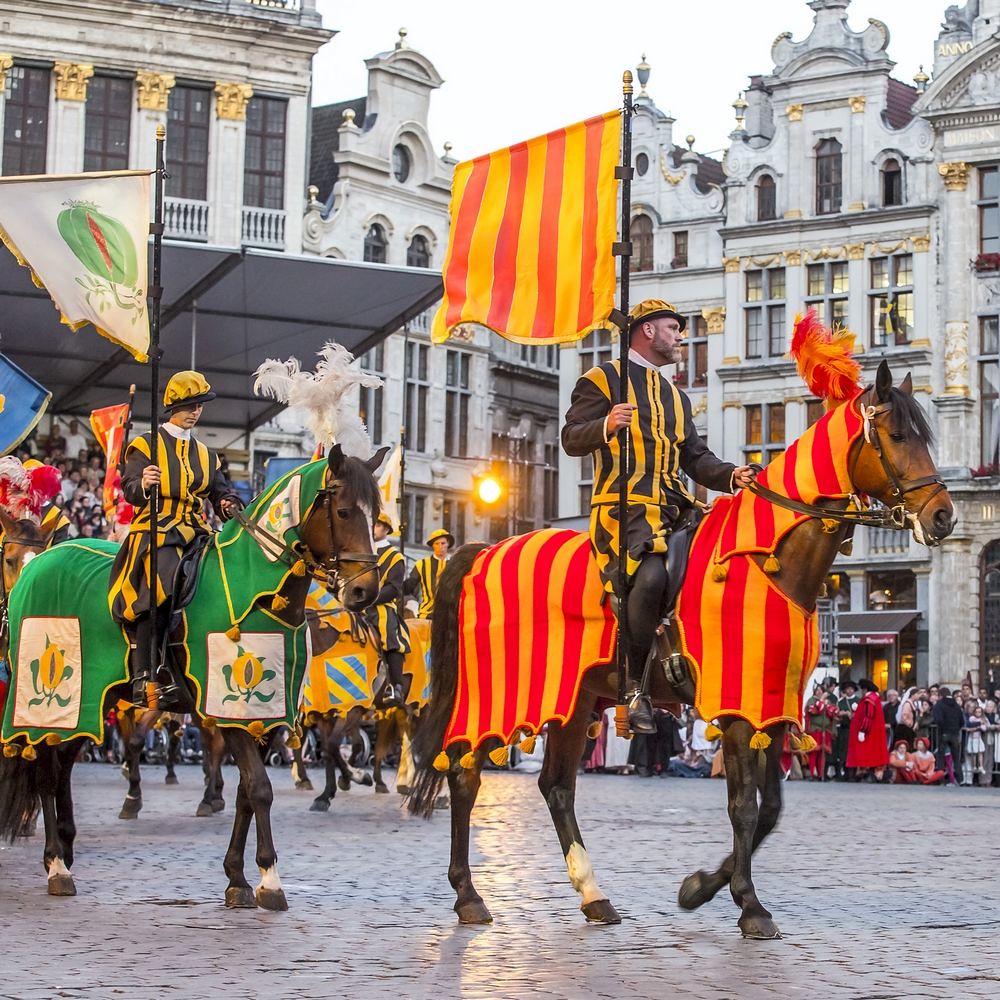 The shape of these flags is known thanks to paintings and tapestries of the time, and among them are the heraldic emblems of the kingdoms of Castile, Leon, Galicia, Aragon, Navarra, Granada, Majorca, Naples, Sicily, Sardinia, the West Indies and Jerusalem (the latter, a symbolic title still associated with the Crown of Spain today), in addition to the Principality of Catalonia. 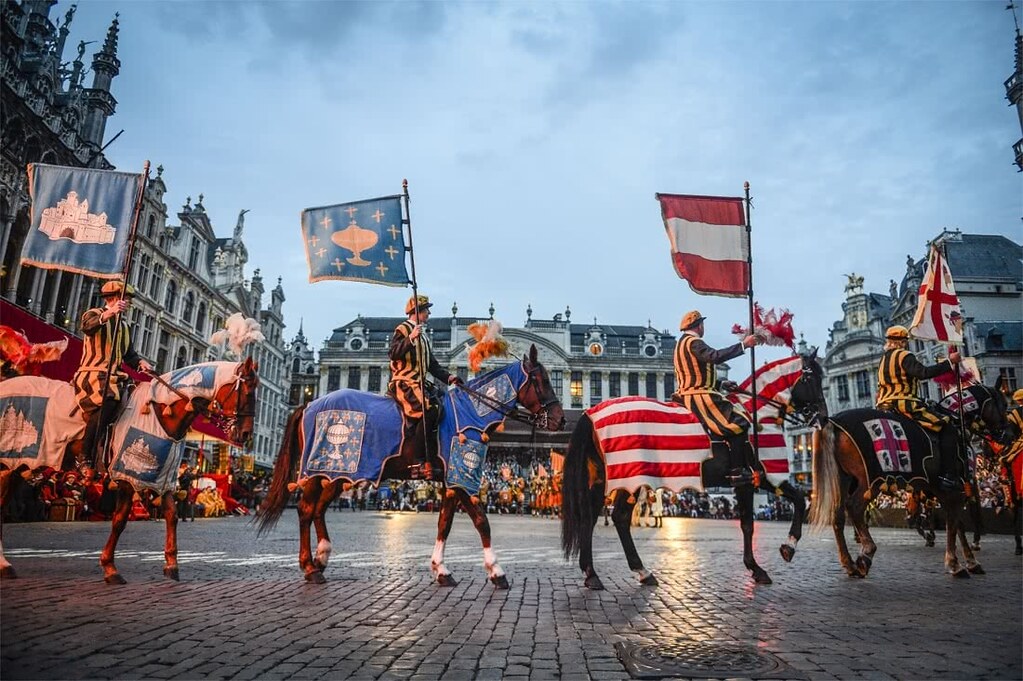 The flag of the Kingdom of Galicia, in the center, during an Ommegang parade (Photo: hoyesarte.com).