Spanish soldiers and armored vehicles paraded through the streets of Riga

Every November 18, the Day of the Proclamation of the Republic of Latvia is celebrated, on the anniversary of its independence from Russia in 1918.

For this reason, Latvia is currently organizing a military parade in its capital, Riga, in which the different contingents of NATO member countries that have troops deployed in that country have been participating, to contribute to their security before the escalation of tension that Russia has been leading since 2014 with the annexation of Crimea.

Spain has been participating in the NATO contingent in Latvia since November 2017, within the framework of the Enhanced Forward Presence (eFP) mission. Currently, the Spanish contingent in that Baltic republic is the eFP XI, made up mainly of soldiers from the "Guzmán el Bueno" X Brigade of the Spanish Army. In Latvia, Spain has deployed Leopardo 2E main battle tanks, ASCOD Pizarro infantry fighting vehicles, M-113 VCZ sapper combat vehicles, M-109 self-propelled howitzers and other vehicles. The Latvian Army has published today the video of the parade, in which we can see the Spanish participation:

In addition, the Latvian Army has published a gallery with 238 photos on Flickr, which includes several images of the Spanish representation. You can see them below. 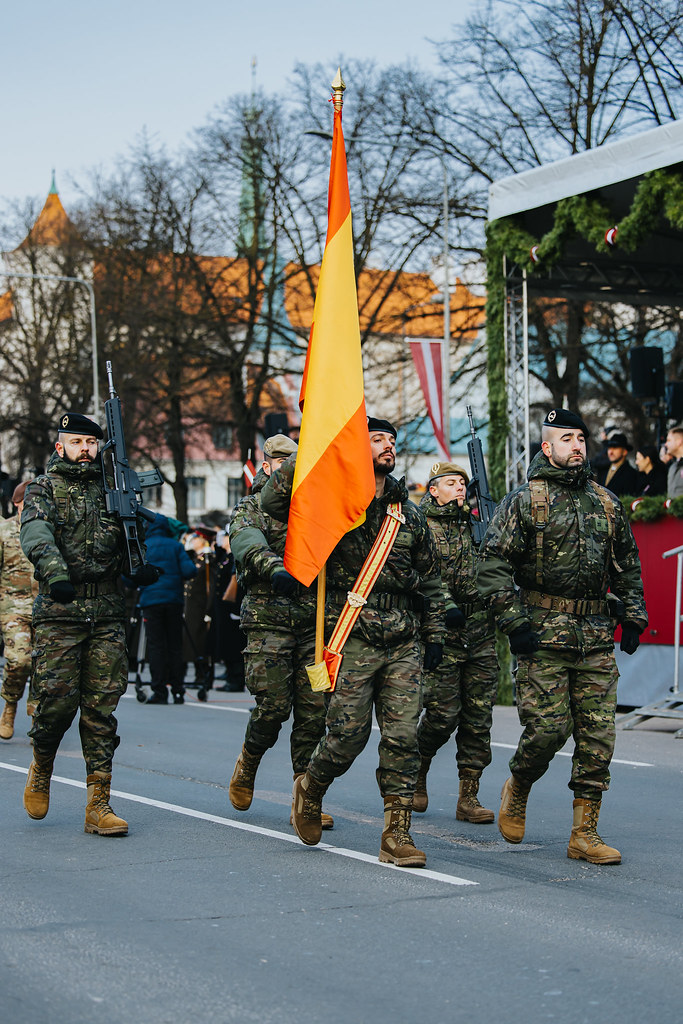 Spanish soldiers with the Spanish Flag, in the part of the parade in which the foreign delegations carried their national flags. The Spanish were parading between the Slovenes and the Americans. Ukrainian soldiers with the flag of their country also participated. 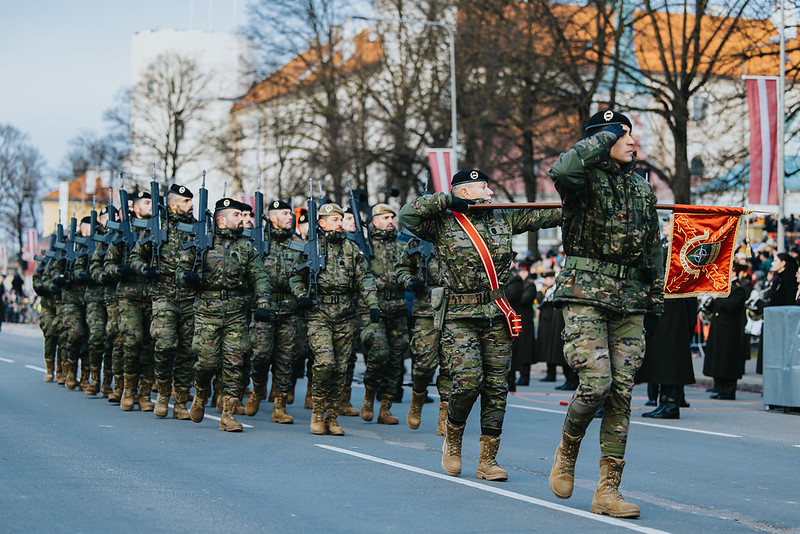 Formation of Spanish soldiers in the parade, led by an officer of the "Guzmán el Bueno" X Brigade and the script of the Spanish eFP XI contingent. 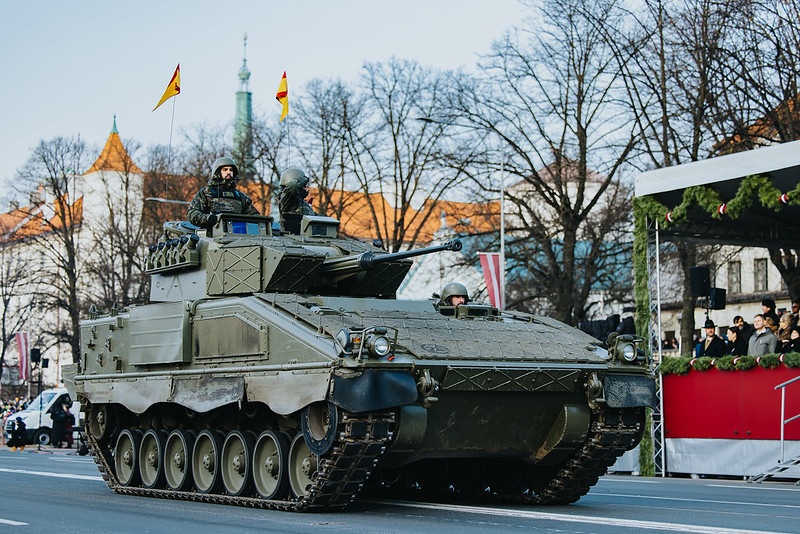 An ASCOD Pizarro infantry fighting vehicle from the Spanish Army also took part in the parade. 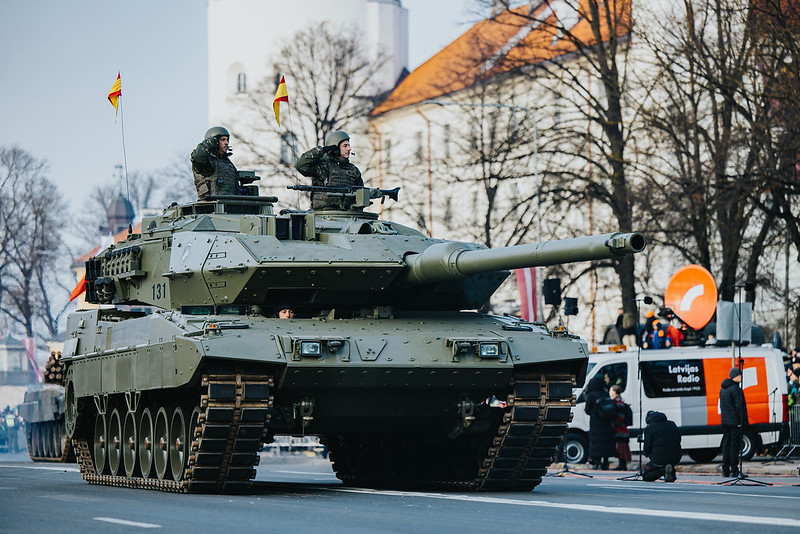 One of the Leopard 2E main battle tanks of the Spanish contingent in Latvia, parading through the streets of Riga. 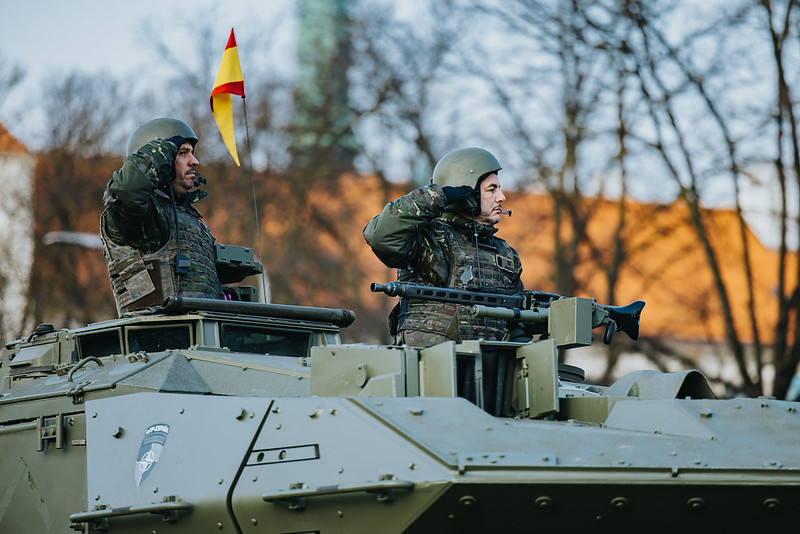 A detail of the Spanish Leopardo 2E, a photo also published by the Latvian Army.