During the Cold War, a paradoxical situation arose in Europe: there was a communist dictatorship that bought planes and weapons from democratic countries.

The origin of this situation took place in 1947, when the communist dictatorship of Yugoslavia, in the hands of Josip Tito Broz, broke relations with the Soviet dictatorship, in the hands of Stalin. This break originated in World War II. Unlike other Eastern European countries, the German army was driven out of Yugoslavia by local communist partisans, led by Tito, with little support from the Red Army. As a consequence of this, and unlike other European communist dictatorships, Yugoslavia did not suffer a Soviet military occupation, remaining outside of Stalin's control.

This did not prevent the Yugoslav communists from having conflicts with Western countries, specifically with Italy -for border issues- and with the United States, due to the shooting down of four American planes by Yugoslav fighters in the years after the end of the Second World War. In addition, Tito supported the communists during the Greek Civil War (1946-1949), in an attempt to establish a communist dictatorship in that country.

Despite these confrontations, the break between the USSR and Yugoslavia led the Tito dictatorship to seek support in the West, aid that included the purchase of weapons. In 1953, Yugoslavia purchased 219 Republic F-84G Thunderjet jet fighters from the US. A few days ago, the channel Tattooed Traveler posted a video on the we see two of the former Yugoslav F-84Gs now abandoned in Croatia, along with a World War II Douglas C-47 Skytrain, a model that was also purchased by the Yugoslav Air Force:

You can see here some captures of the video. Here we see one of the F-84G fighters, in a sorry state. 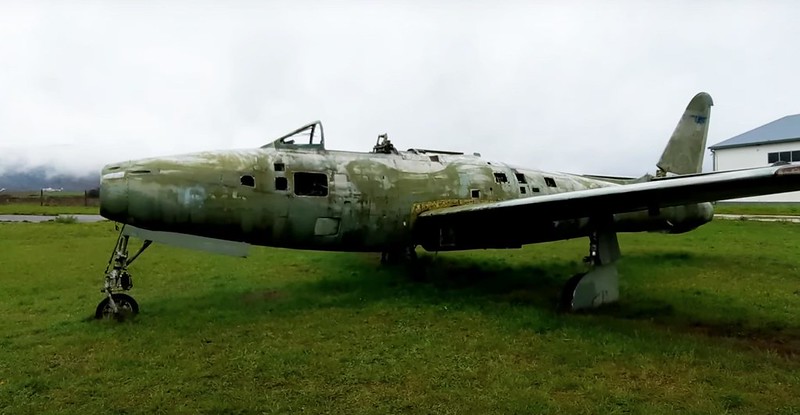 The old Yugoslav cockade, with a red star, is still visible on the fuselage of this F-84G. According to Branko Cesljas, these two F-84Gs were flown to Otočac from the former Željava airbase (which we saw here in 2018), located next to the border with Bosnia and Herzegovina. 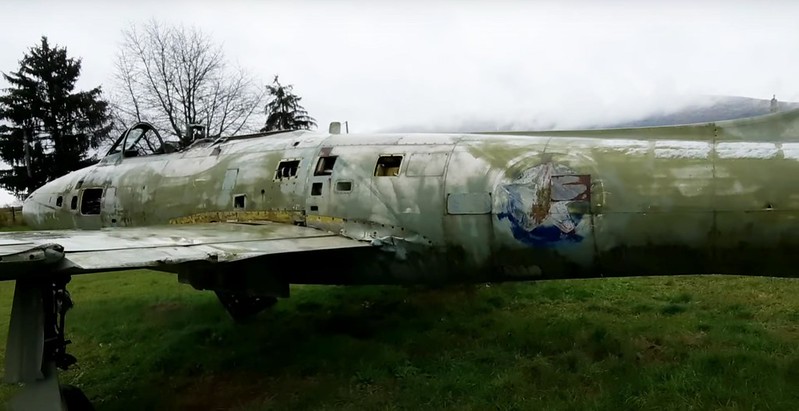 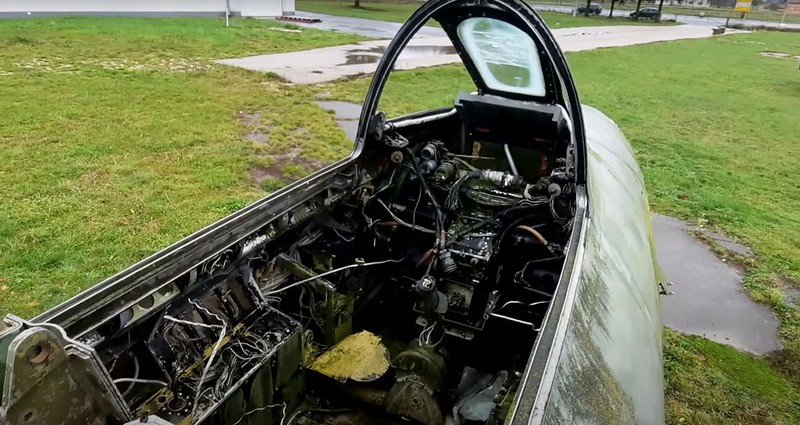 The C-47 of Otočac seems to be placed as a monument. 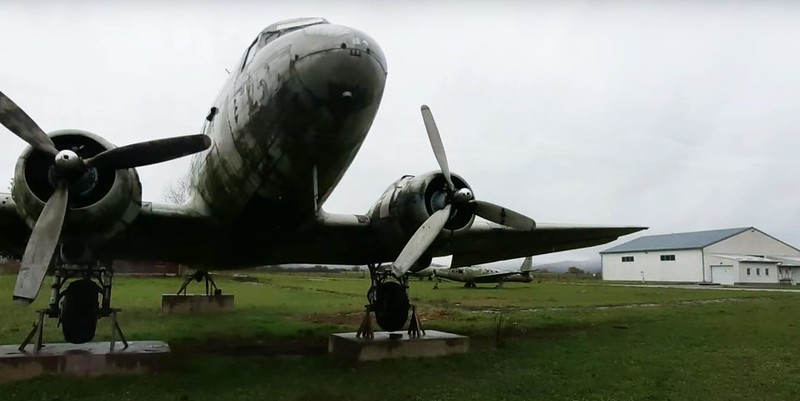 The Yugoslav insignia on the fuselage of the C-47. Like the F-84G, the C-47 appears to be in a state of neglect. 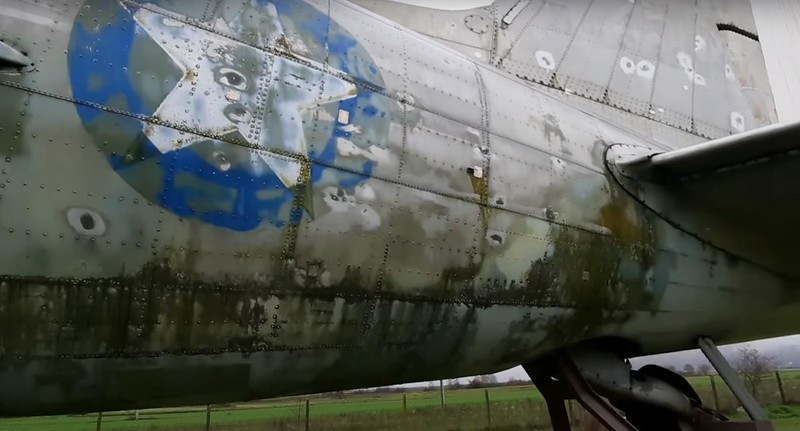