While in Spain monuments are raised to the members of the International Brigades that fought in the Spanish Civil War, a Polish magazine speaks bluntly about their darker side.

This Wednesday, the christian and conservative-libertarian magazine Do Rzeczy, one of the most popular in Poland, announced the September edition of its History supplement with a cover dedicated to the “Dąbrowszczacy”, the members of the XIII International Brigade or Dabrowski Brigade that fought in the republican side during the Spanish Civil War. The cover of the magazine evokes the help that those brigades lent to a side that perpetrated a brutal persecution against the Catholics, with the image of a nun being pointed with a revolver by a brigadist. The title-holder, in large letters, calls the Dąbrowszczacy “Najemnicy Stalina”, Stalin’s mercenaries. 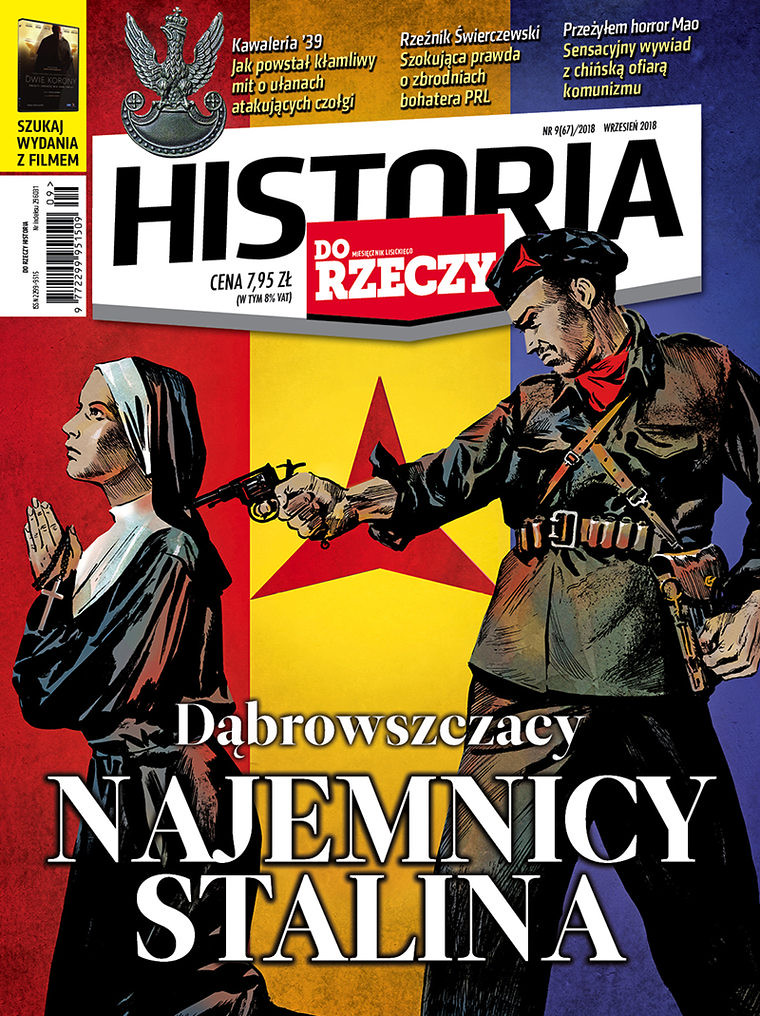 Brigades controlled by the Soviet version of the Gestapo

Piotr Zychowicz writes in this magazine that the Dąbrowszczacy were not “soldiers of freedom”, but “żołnierzami zniewolenia”, soldiers of slavery. During the communist dictatorship established by Stalin in Poland, many streets and monuments were dedicated to the Dąbrowszczacy, who are being withdrawn from a Poland that does not forget the horrors it experienced under communism. The magazine recalls how these volunteer units were formed: “The International Brigades were organized by the Comintern”, that is, the Communist International, controlled by Stalin from Moscow. “And a large part of its members were communist fanatics,” the magazine adds. “The brigades had their political representatives, and the NKVD controlled them.”

The NKVD was the Soviet equivalent of the Nazi Gestapo. Created by Stalin in 1934 as successor to the sinister Leninist Cheka, it was the executor of many of the atrocities committed by the communists in the USSR, including the famous purges perpetrated between 1936 and 1938, and also the massacre of thousands of prisoners of war Polish in Katyn in 1940. In Spain, the NKVD was the organizer, along with leaders of the Socialist Party (PSOE), the famous theft of gold from the Bank of Spain, and also responsible, together with leaders of the Communist Party of Spain, for torture and murder of many Trotskyists of the POUM, including its leader, Andreu Nin, who was skinned alive. “There was no shortage of old Bolshevik officials and criminals in the style of Karol Świerczewski,” Do Rzeczy says, referring to the famous Polish brigadier general also known as Walter.

The case of Świerczewski, a communist who betrayed his own country 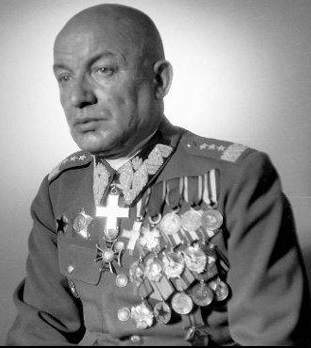 Karol Świerczewski in Polish uniform in a photo taken in 1946, when this communist general approved death sentences for political reasons in Poland.

Świerczewski is a very famous figure of the International Brigades. This communist betrayed his own country by joining the Bolshevik side in the Polish-Soviet War of 1919, in which Poland held back marxist expansionism in Europe in what was the first defeat of communism on the battlefield. Świerczewski remained part of the Red Army after that war. In September 1936 he was one of the main organizers of the International Brigades in Paris. Once in Spain, in addition to being commander of the XIV International Brigade, “he carried out activities commissioned and supervised directly by Soviet foreign intelligence,” according to the Polish Institute of National Remembrance (IPN).

In 1938 Świerczewski returned to Moscow. Three years later he participated in the World War II in the ranks of the Red Army. Despite the fame that Communist propaganda in Spain gave him, “his errors in the command led to tragic defeats and enormous losses among the soldiers,” the IPN says. Do Rzeczy remembers that “the attacks commanded by him became a massacre of their own soldiers.” Some of these difficulties were caused by “the constant consumption of alcohol”, according to the IPN, and conflicts with their subordinates. Between 1946 and 1947 the communists appointed him vice minister of National Defense of the new dictatorship established by Stalin in Poland. Although he wore a Polish uniform, “he never stopped being a Soviet officer,” the IPN says.

A traitor and criminal to whom the communists dedicated streets, monuments and even a bill

According to the existing documentation, Świerczewski approved 68 death sentences for political reasons, 39 of which were signed by him between December 9, 1944 and March 26, 1945. Among the murdered whose names have been published by the IPN there had two boys of only 19 years old. After his death in March 1947 in a combat with members of the Ukrainian Insurgent Army, the communist propaganda was dedicated to mythologize Świerczewski, attributing heroic deeds without any real basis. Many Poles had to see every day that traitor and criminal honored in monuments, streets and even the 50 zloty bills. Today in Poland his figure already deserves the praise of the far left, just like the International Brigades.

A surreal scene: Russian soldiers are captured by Ukrainians while they were sleeping
12·8·2022 · 21:47
Ver más artículos