It referred to Stalin's dictatorship as "the strongest bulwark of freedom"

Such a day as today, 80 years ago, the Communist Party of Spain (PCE) published a pamphlet that shows how much that party behaved like a mere puppet of the genocidal Stalin.

The German-Soviet invasion of Poland in September 1939

As you will remember, on August 23, 1939 Hitler's Germany and the Stalin's USSR signed the so-called Ribbentrop-Molotov Pact, which included secret clauses by which these two totalitarian dictatorships distributed among them Poland, Lithuania, Latvia, Estonia and Finland. In accordance with what was agreed with the Soviets, on September 1, 1939, Germany invaded Poland, an invasion to which the USSR joined on September 17. That invasion resulted in the outbreak of World War II, since after the invasion, France and the United Kingdom, allies of Poland, declared war on Germany, but not on the USSR, despite the fact that Stalin acted like Hitler attacking to an independent and democratic country like Poland, which had received the commitment of the British and the French that they would intervene in their help in case of invasion in March of that year. 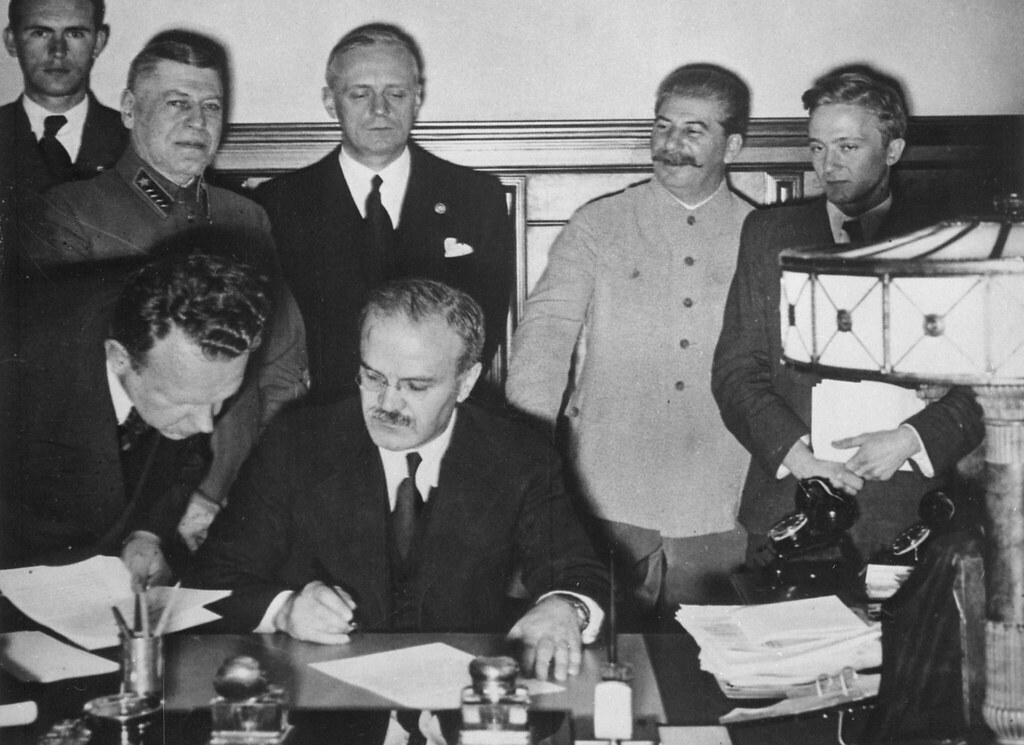 Stalin attending the signing of the Treaty of German-Soviet Friendship of Friendship on September 28, 1939, after the start of the German-Soviet invasion of Poland, as a continuation of the Ribbentrop-Molotov Pact of August 23, 1939 that resulted in that invasion Until June 1941, Germany and the USSR acted in practice as allies (Photo: National Archives & Records Administration).

The Soviet invasion of Finland in November 1939

After the invasion of Poland at the beginning of October 1939, and taking advantage of the Allies inaction against the USSR, Stalin prepared to take the next step as agreed with Germany: the invasion of Finland. Significantly, the Soviets initiated this invasion just as the Germans had done with Poland: through a false flag operation in order to obtain a pretext for the attack. If the Germans had simulated a Polish attack on a German radio station in Gleiwitz - the so-called Operation Himmler -, the Soviets simulated an attack by Finnish artillery on the Soviet population of Mainila on November 26, 1939, an operation orchestrated by the NKVD, the Stalinist counterpart of the Hitlerian Gestapo. After directing an ultimatum to Finland, which it refused to accept, Stalin began the invasion of that Nordic country on November 30, 1939, an attack that led to the expulsion of the USSR from the League of Nations two weeks later. The campaign was quite disastrous for the USSR, not only because of the resolute Finnish resistance, but also because the Red Army lacked well-trained commanders due to the purges ordered by Stalin. 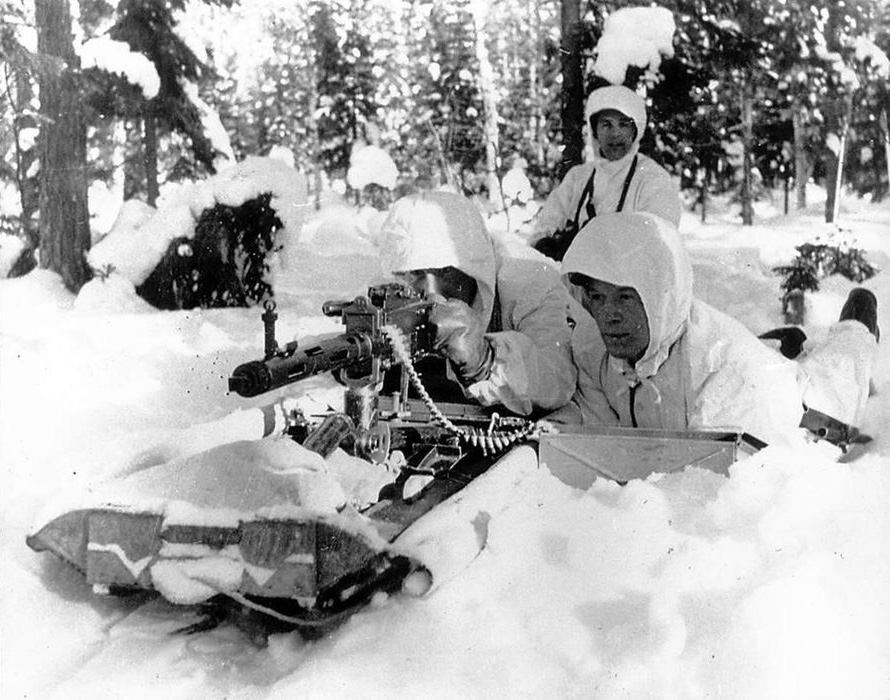 Finnish soldiers with a Swedish machine gun Ksp m/42 during the Winter War (1939-1940). The strong and ingenious resistance strategy of the Finns and the lack of commanders prepared in the Red Army, because of the Stalinist purges, spoiled the Soviet invasion of Finland.

At that time, parties affiliated with the Moscow-based Communist International (Komintern) acted as mere repeaters of the slogans dictated by Stalin, which meant favoring the Nazi plans. I already related here the orders of the Communist Party of France to sabotage the French war effort in full German invasion of that country, an act of high treason that led that party to adopt a low profile in its criticisms of Germany and a very critical attitude against the British, blaming them for the war. Something similar happened with the Communist Party of Spain, whose main leaders were exiled in the USSR and in Mexico after the leftist defeat in the Spanish Civil War. On February 18, 1940, such day as today, the PCE published in Mexico the first issue of its newspaper Popular Spain (can be downloaded here), in which an article by the famous communist leader Dolores Ibárruri, Pasionaria, appeared, justifying the Nazi-Soviet invasion of Poland based on lies and manipulations. 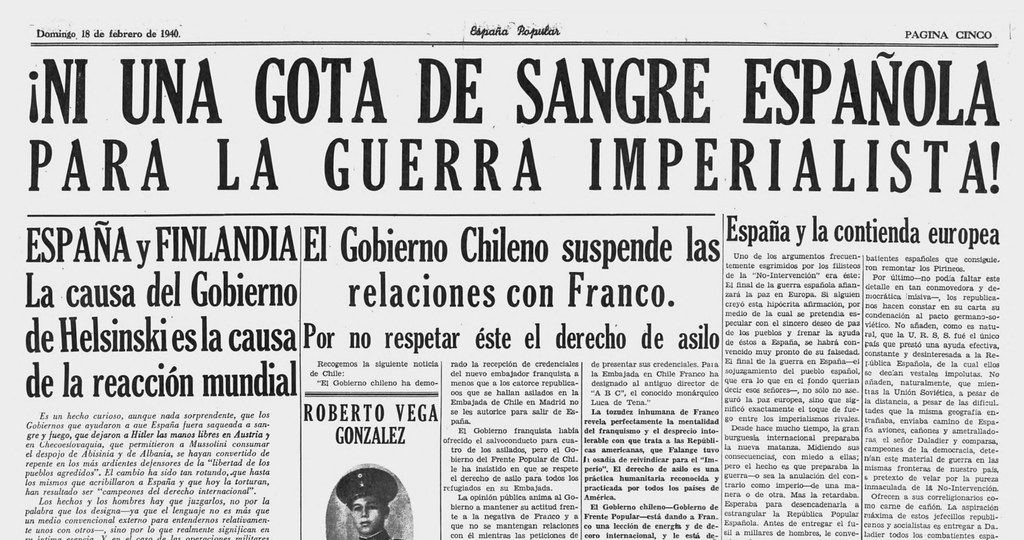 Page 5 of the first issue of the communist newspaper 'España Popular', published by the Communist Party of Spain in Mexico on February 18, 1940. On the left is the article on Finland to which this entry refers (Source: Biblioteca Virtual Miguel de Cervantes).

On page 5 of that same issue of the newspaper another article appeared entitled "Spain and Finland", and subtitled as follows: "The cause of the Helsinki Government is the cause of the world reaction." As with the case of Poland, the PCE tried to justify the unjustifiable simply because Stalin had ordered it, and again adopting a low profile against Germany and a very hostile attitude against French and British, whom he accused of preparing with the Franco's Spain a "Holy Alliance against the Soviet Union", adding: "Finland was the main square of this future ata that was the anti-Soviet advance at the service of the English imperialism. The U.S.S.R. He has done nothing but take security measures in anticipation of the imperialist hit." As usual when so many different lies have to be sustained simultaneously, this cynical argument contradicted the official Soviet discourse that blamed Finland, falsely, for having attacked first. On the other hand, the facts demonstrated the falsity of the paranoid thesis of the PCE: if France and the United Kingdom had wanted to declare war on the USSR, Stalin had already given them the perfect excuse invading Poland with Hitler, but even then they did not give that step. 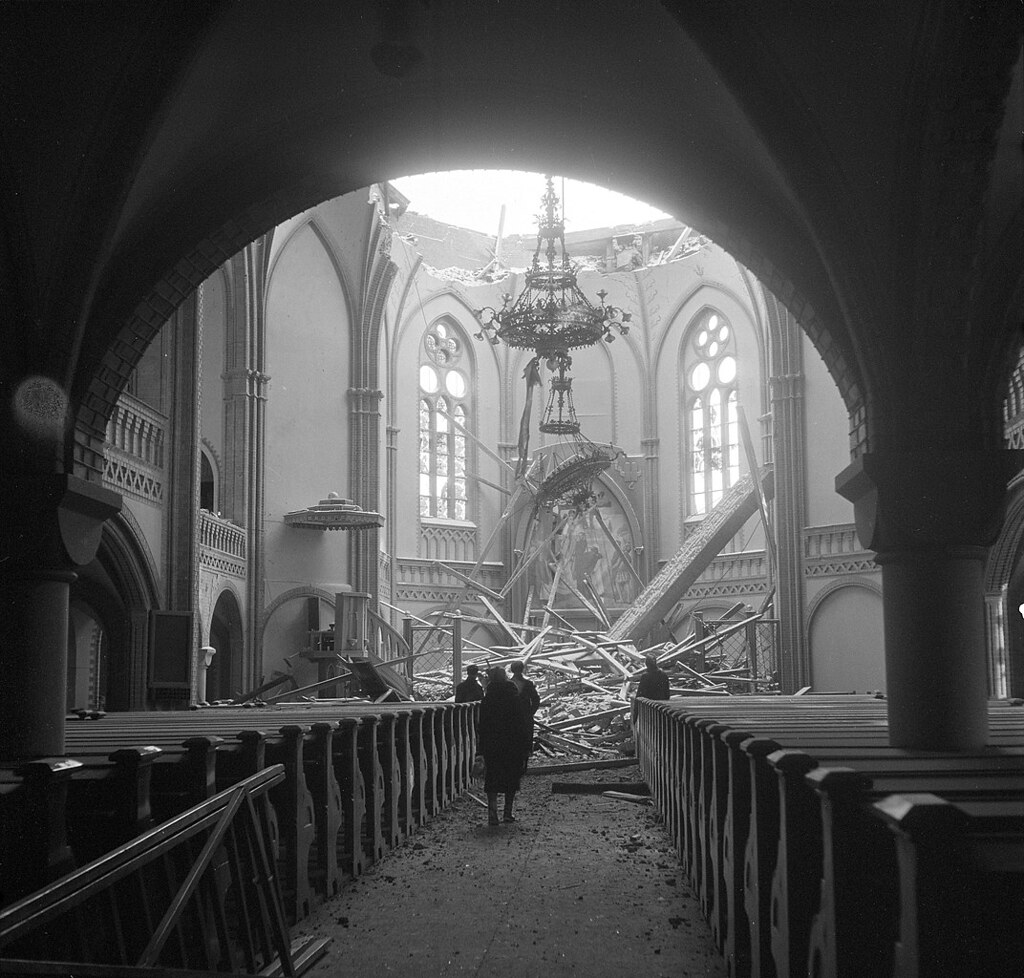 The effects of a Soviet bombing at the Vibborg Cathedral in Finland, during the Winter War on February 5, 1940. That Finnish city passed into Russian hands after that contest (Photo: Finna.fi).

Despite the facts, the article by España Popular continued to affirm that "in the Cabinets of London and Paris, as in those of its satellites in Rome and Madrid, there is still hope to win Hitler for the anti-Soviet crusade, to the attack on the U.S.S.R." This statement was still curious, because in that communist newspaper they carefully avoided referring to the alliance between Germany and the USSR, but in that sentence they made it clear that Hitler, at that time, was not an enemy of Stalin, but his ally. Recall that the USSR continued to send trains loaded with raw materials to Germany until the German invasion of June 1941, and that the collaboration between the two dictatorships included the delivery by the NKVD to the Gestapo of some 4,000 German Jews and communists who had fled to the USSR, and the holding of a series of meetings between both political police to advise on the fight against Polish resistance.

The PCE article disdained "the hypocritical sentimentalities around Finland", and a little later stated: "Finland is a piece of this criminal chess, which has been moved by the Governments of England and France as the first step towards a general aggression against USSR, and we are openly with the USSR, as everyone who has fought for the freedom and independence of Spain should be." After recalling Soviet aid to the leftist side in the Spanish Civil War, the PCE said: "Now, when the world reaction prepares the attack against the U.S.S.R., we take the only fair position: we are next to the U.S.S.R. as anti-fascists and as Spanish republicans, because it is the strongest bulwark of freedom for men and peoples." Shameless claims that bleached a bloody dictatorship that had already killed millions of people and that, after allying with Nazi Germany, had already invaded two independent and democratic countries such as Poland and Finland (a few months later it also invaded the three Baltic republics). That pamphlet is a valuable proof that communism has no qualms about resorting to lies and manipulation to achieve its ends.