As nazis and communists did: far-leftists burn books (specifically Bibles) in the USA

Once again, totalitarians dedicate themselves to burning books as an expression of all their hatred. Before, nazis and communists did it. Now the so-called “antifa”.

According to The Federalist, in a far-left demonstration made this Friday in Portland (Oregon, USA), a group of protesters – carrying banners with slogans of “Black Lives Matter” – has burned several Bibles and also flags of the United States, as seen in this video:

A practice already done by nazis and communists

The images inevitably recall what happened in Germany before the World War II, specifically at the Bebelplatz in Berlin, in front of the Friedrich-Wilhelms University on May 10, 1933, when the Nazis started burning books that they did not like: 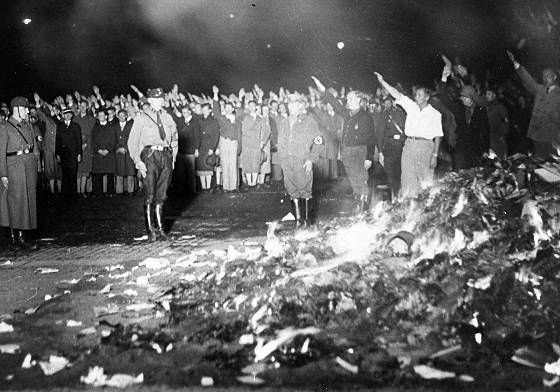 The communists did the same in Germany after the war. It also occurred in Berlin, in the eastern area under Soviet rule, on June 1, 1955, International Children’s Day. The Communists burning what they considered to be “dirty and trash literature” at the 18th Primary School in Berlin-Pankow (source: Allgemeiner Deutscher Nachrichtendienst / Wikimedia): 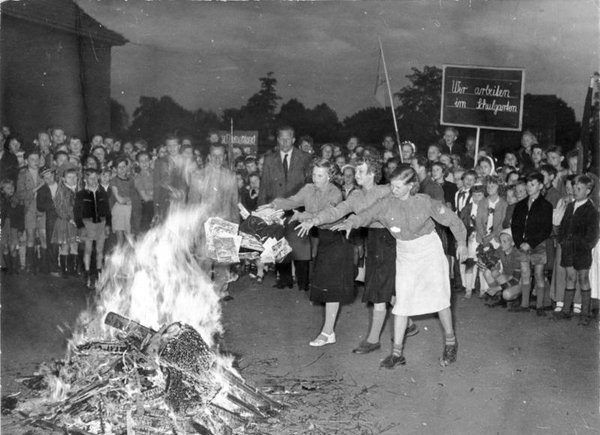 It should be noted that in September 2010, a Protestant pastor announced that he would burn copies of the Koran. He wanted to burn one copy for each victim of the 9/11 attacks. The scandal was worldwide and there were protests in many countries, and finally the pastor was arrested before the burning. How many protests will there be now over the burning of these Bibles? Will they arrest someone this time, or does that only happen when it comes to the holy book of Islam?