Poland: a group of extreme leftists respond with barking to a Catholic group

The unusual event occurred on Saturday September 26 in Warsaw, next to the entrance of the Metro Centrum station next to the Roman Dmowski roundabout.

The far-left group began to bark – literally – against the Catholics

At noon, members of the Krucjata Młodych TFP Catholic lay group were handing out flyers, accompanied by the sounds of a Scottish bagpipe. Around 2:00 p.m., when the Catholic activists had been in the place for just over an hour and a quarter, a couple of young men from the extreme left began to mock them. Little by little more left-wing extremists arrived, launching more mockery against Catholics, when finally, at around 2:30 p.m., this happened:

The far-left group spent more than an hour mocking, yelling and more barking at the Catholics. They did not respond to the provocations at any time. The full video of the events can be seen here.

This is not the first doggy incident caused by the extreme left in Warsaw. On September 12, a far-left activist bit the hand of the young Catholic Stanislaw Sadowski, when he prayed the rosary with other members of Krucjata Młodych TFP in front of the Basilica of the Holy Cross in Warsaw, in reparation for the desecration of the statue of Christ placed before that temple by two far-leftists at the end of July. In addition to biting his hand, the far-left activist also broke the rosary that the young man was carrying. 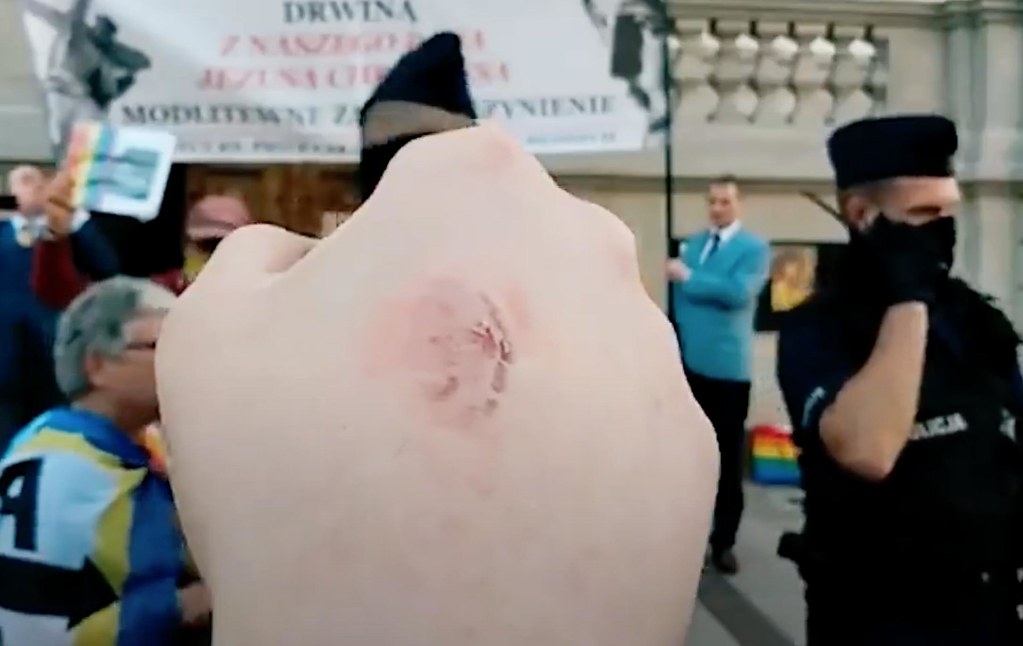